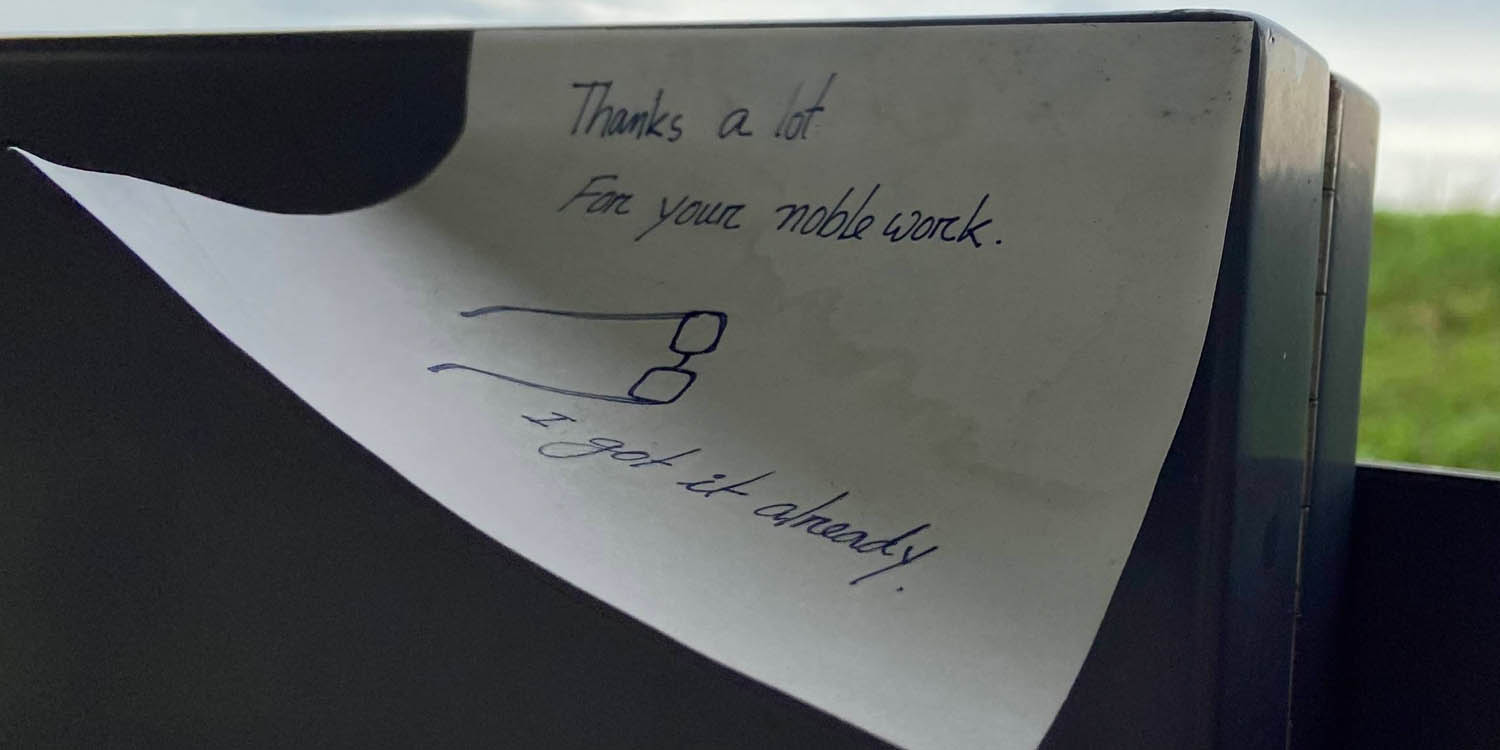 In a world ravaged by Covid-19 and an impending recession, more often than not it seems like all hope is lost.

Still, life goes on, but only because of small acts of kindness.

A Redditor shared a picture of a touching note they received a week after performing a kind deed. 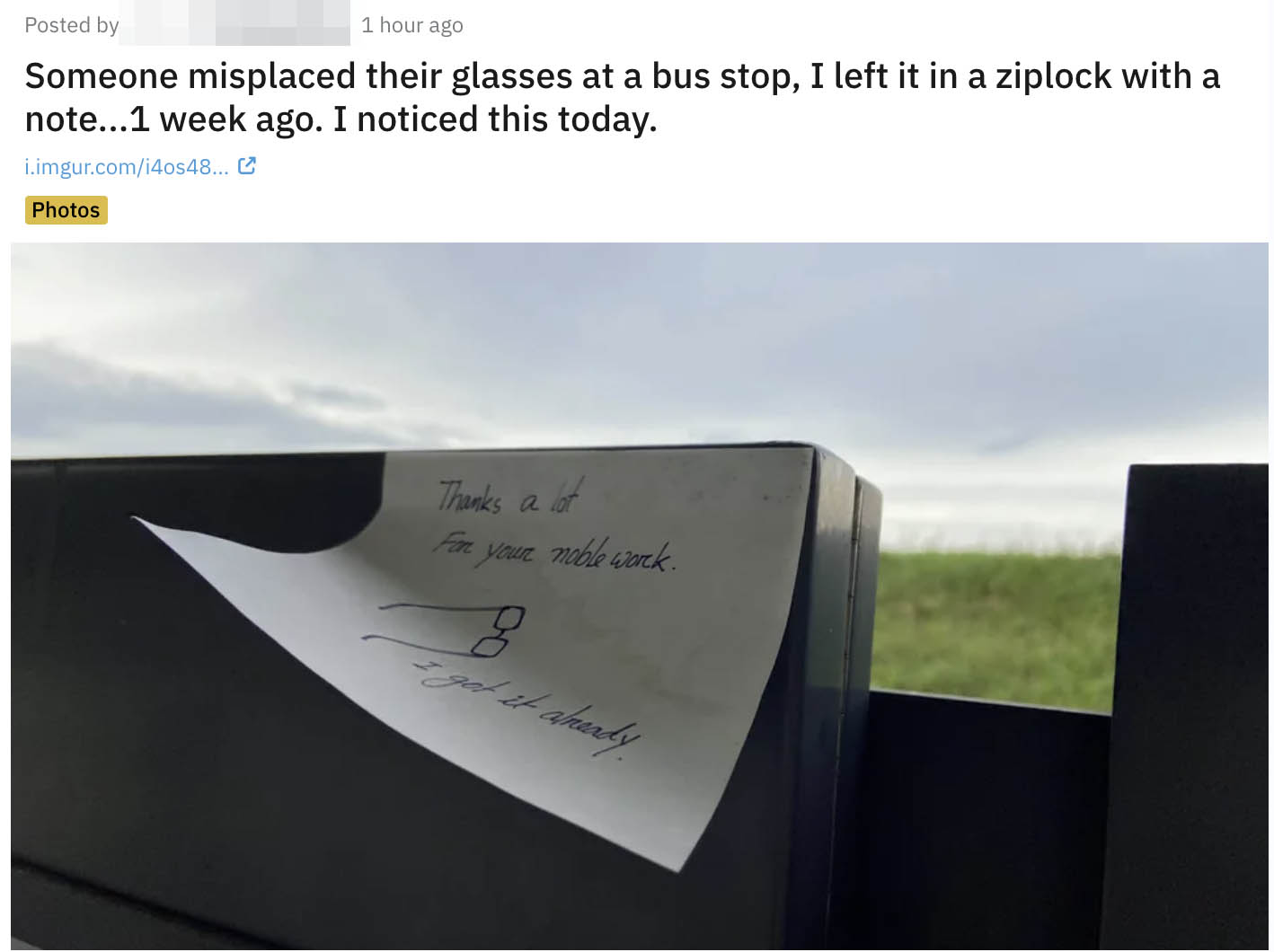 Although it was just a simple note, it’s clear that the redditor appreciated it just as much as the owner, and had their day brightened up.

According to the short post, the redditor found a pair of misplaced spectacles at a bus stop a week ago.

It seems like they thought the owner would come back for them, so they put the pair of glasses in a ziploc bag for safe keeping, and left it at the bus stop.

The redditor probably didn’t expect what happened next.

To the redditor’s surprise, not only did the owner find the lost spectacles, they even left a note of appreciation.

Thanks a lot for your noble work. I got it already.

In between the two simple sentences, the owner sketched a picture of the spectacles they lost.

It wasn’t the best drawing, but it conveyed their gratefulness perfectly. 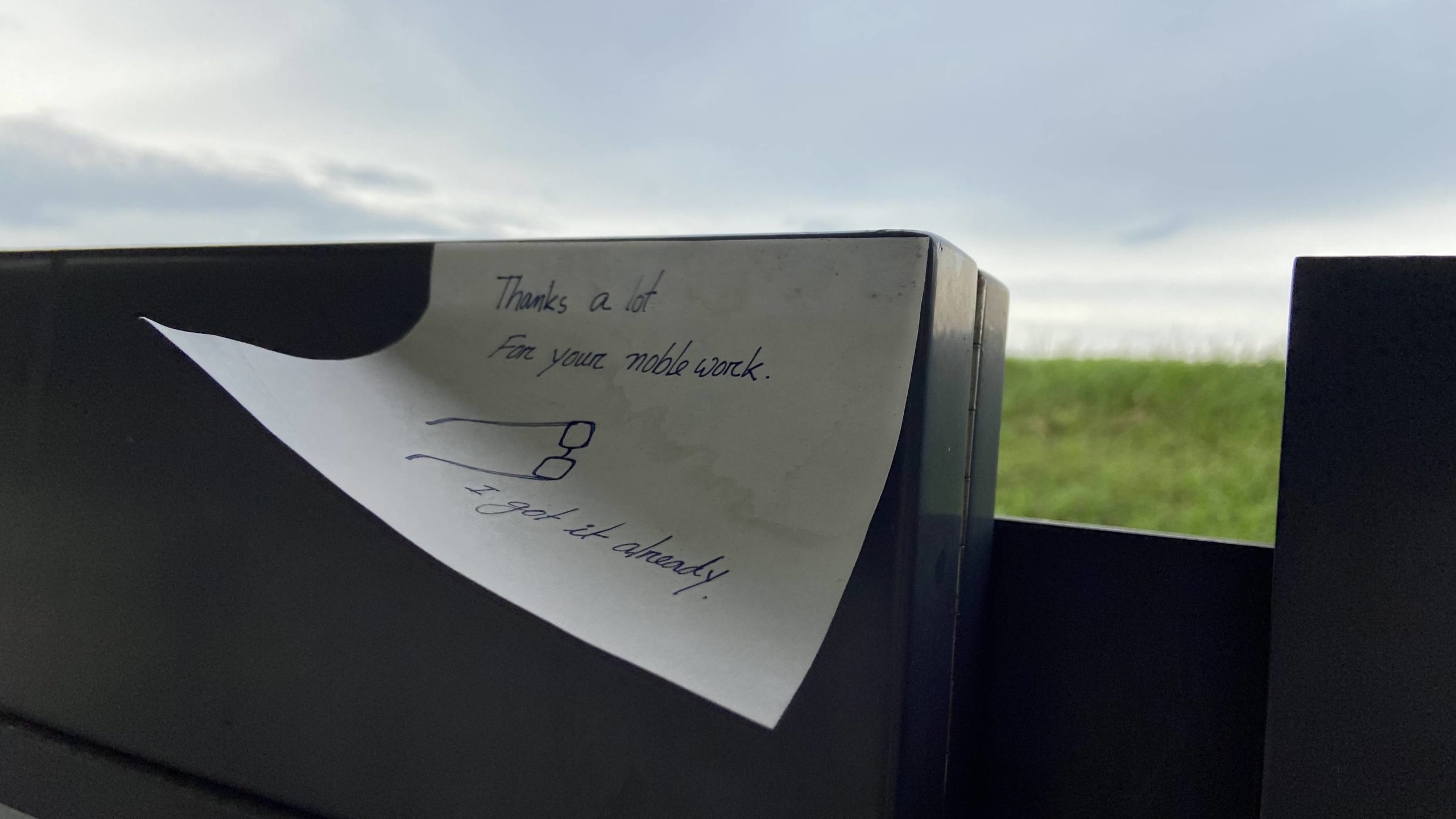 It’s one thing to be kind to others, but a whole other thing to give credit and show appreciation for the kindness we have received.

Sometimes it’s not easy to be kind, so those who are kind need more recognition, so that they can be encouraged to do it again.

It doesn’t have to be a handwritten note, or a face-to-face “thank you”. Sometimes, just a nod and smile of acknowledgement is enough to let people know that they’re appreciated.

We hope you’re inspired by this story to take some time out of your day to show you care, too.