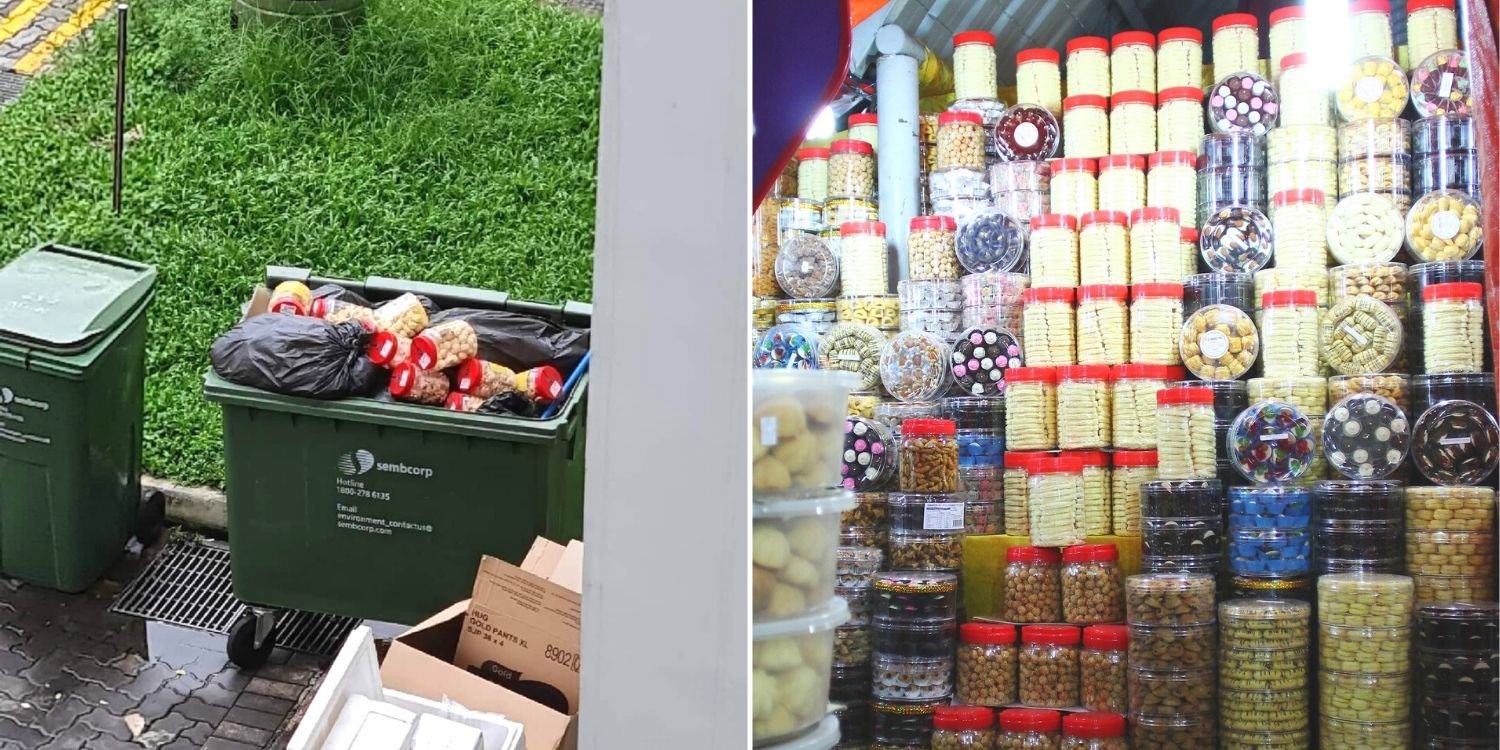 Hari Raya celebrations revolve around family and lots of good food. But with Singapore going into Phase 2 (Heightened Alert), visitations during this festive period have become obsolete.

For this certain household, they’ve taken the news to heart. A resident spotted bottles of Hari Raya kuih thrown into a bin days after the announcement of new measures. 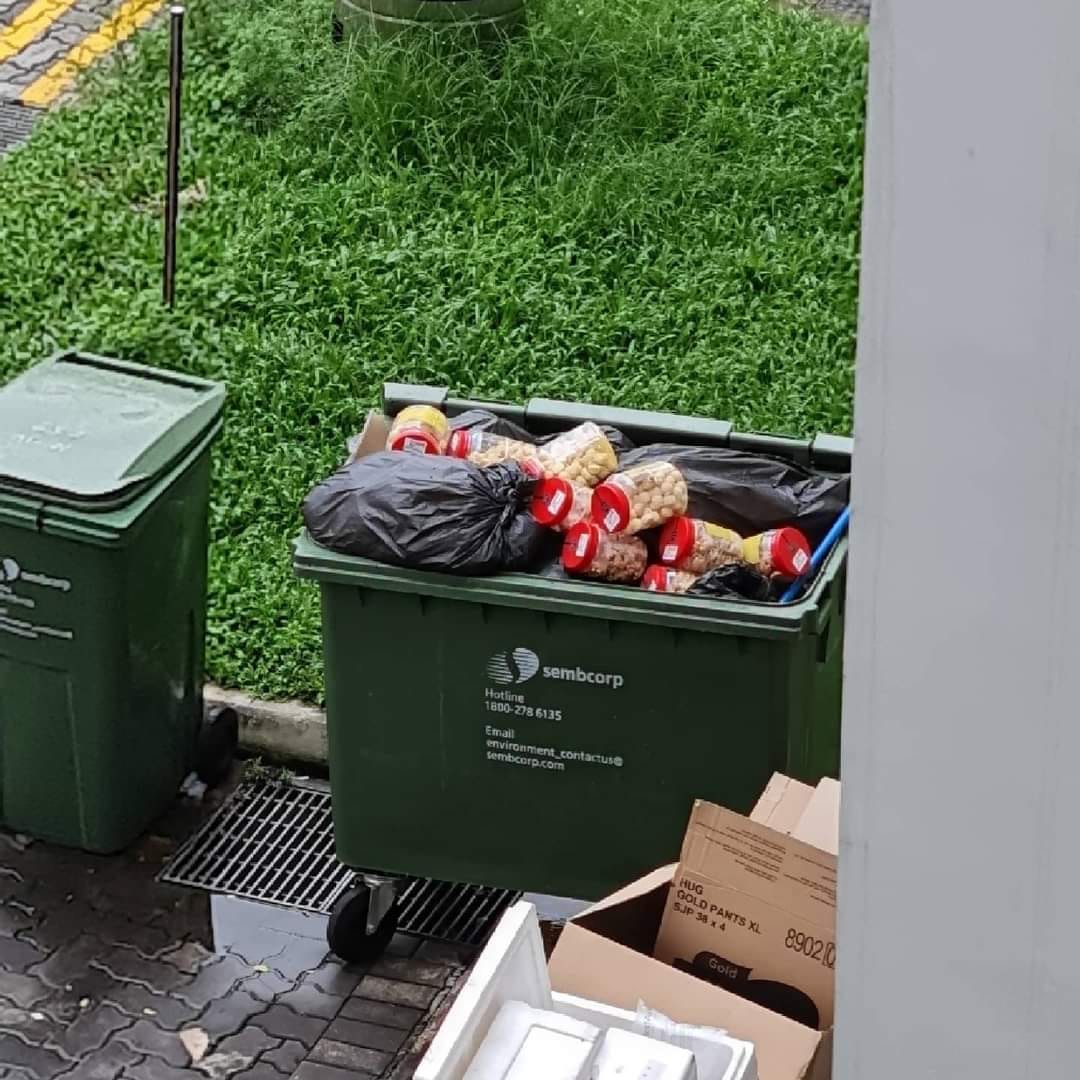 In the accompanying comment section, many netizens are mourning the wasted treats and state that there are better ways to dispose of the ‘purposeless’ food.

On Sunday (16 May), a resident posted a photo of bottles of Hari Raya kuih thrown into a rubbish disposal bin.

The photo was accompanied by a caption in Malay that could explain this wasteful incident:

Alluding to the recent announcement of Phase 2 (Heightened Alert), the caption describes the food disposal as a form of ‘acting out’.

One could point at the uncanny timing of the announcement, with it overlapping with Hari Raya festivities, as extremely unfortunate.

After all, this is the second year running in which celebrations have been curtailed in light of the pandemic.

The comment section was rife with people mourning the wasteful actions of the culprit.

Most of the comments lamented the action and preferred if the owner had donated it to the needy instead of tossing them out.

Someone said in Malay, “It’s lame to throw away food just because you could not celebrate Hari Raya. Some people can’t even buy kuih. If you don’t want them, you could’ve just donated them.”

Another person suggested that since they’re stuck at home, they could’ve found other ways to get rid of the kuih instead of throwing them out. She said in Malay, “You could’ve just watched movies, relaxed and eaten the kuih.”

Others question the freshness of the kuih, speculating that it may have been expired. The most upvoted comment reads in Malay, “Let’s give them the benefit of the doubt, the kuih may have spoiled, gone stale or mouldy.”

Although many theories have popped up, the truth to the matter remains out unsolved.

It is unfortunate how Hari Raya celebrations have been muted since last year, but this is the reality of living in the Covid-19 era.

We must count our blessings in these times and appreciate the family we have around us. With so much happening in the world right now, a missed holiday doesn’t sound that bad.

We must remain optimistic in trying times, and perhaps with everyone’s cooperation, we can enjoy festivities once again.