Residents can co-design & even suggest names for their future estate.

Owners Of SERS-Selected Blocks Get Benefits Like S$10,000 Removal Allowance

Last week, it was announced that 4 HDB blocks in Ang Mo Kio had been selected for the Selective En bloc Redevelopment Scheme (SERS) project.

As over 600 households prepare to move out of their homes, Singaporeans may wonder whether this upheaval would be considered a boon or bane to them.

Many might not know that owners of flats selected for SERS will get first choice of the subsidised flats in the new estate. 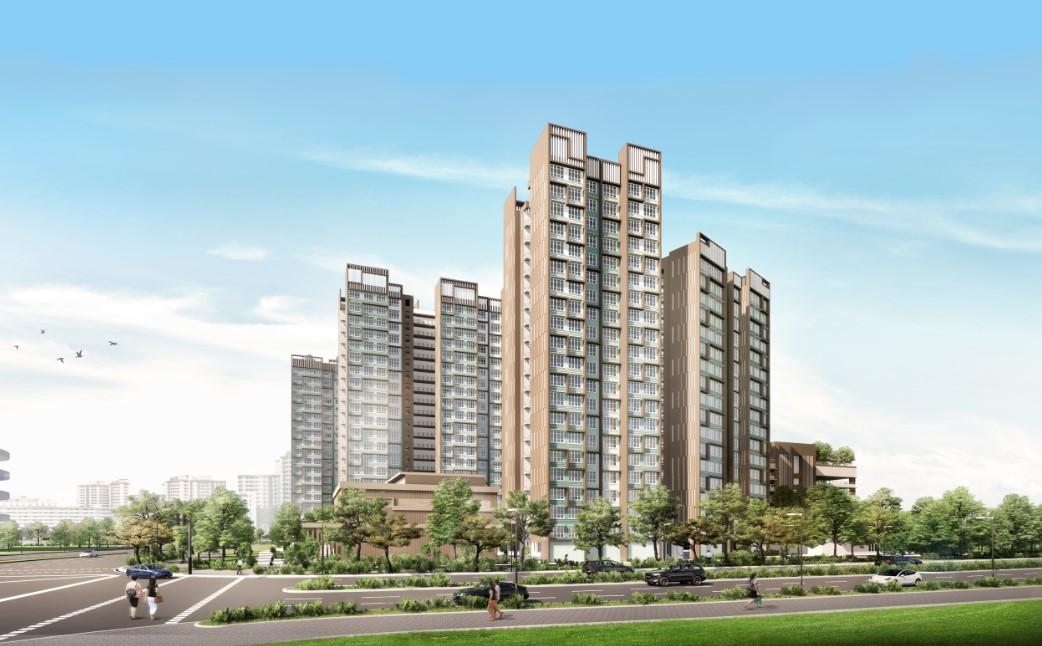 That also means that if you’re close to your neighbours, you may even choose your new flats together with them so that you can live next to the same folks again.

SERS is a mandatory scheme

Though SERS is a mandatory scheme – meaning those selected don’t have a choice but to move out – it’s not as draconian as it might sound.

In fact, because it’s mandatory, flat owners get more benefits than they would have under voluntary schemes like Voluntary Early Redevelopment Scheme (VERS).

Here’s a guide to what happens to SERS residents, and the perks they get, according to the HDB.

SERS residents will first know about the impending move when announced over the news.

HDB officers will also go from door to door to inform residents. For those living in Blocks 562 to 565 Ang Mo Kio Avenue 3, it must have been a surprise to them to hear that their homes had been picked for the first SERS project in more than four years.

They would expect to receive a Notice Of Land Acquisition from the Government. 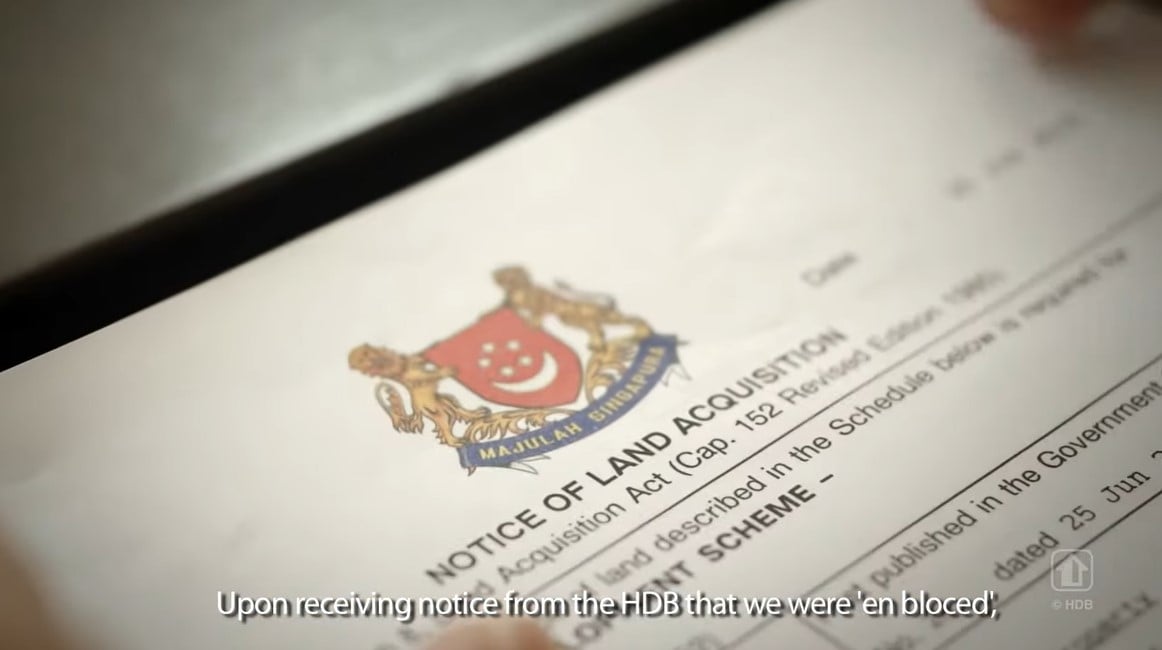 Soon, an exhibition would be set up by the HDB near their flats. 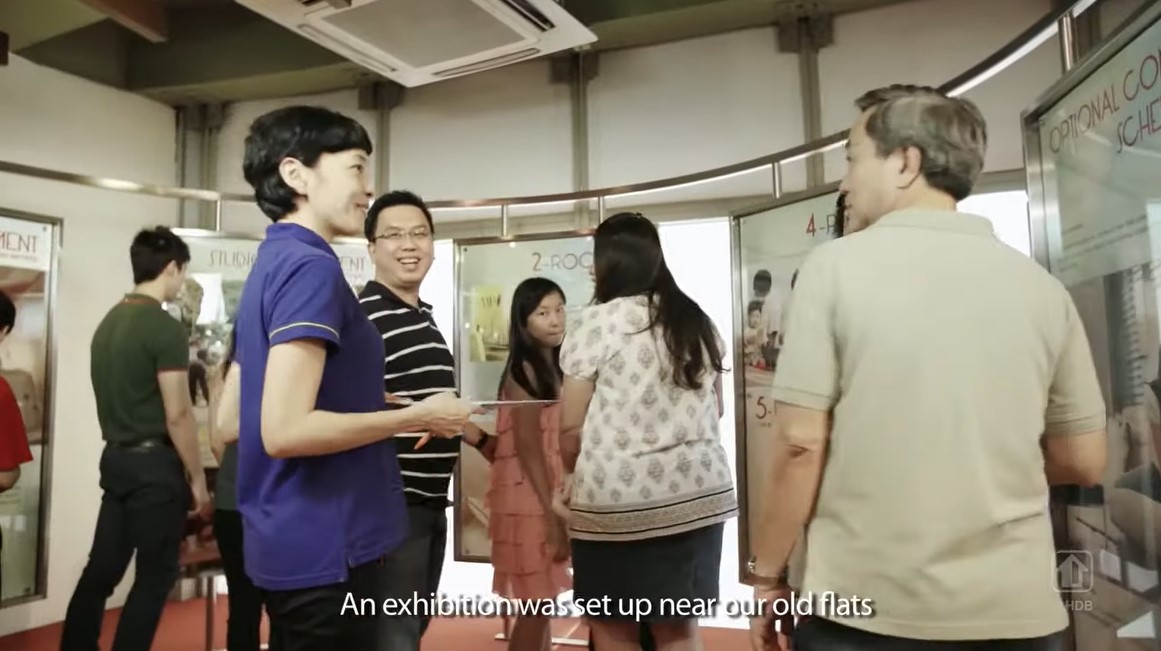 HDB officers will answer queries and explain the options open to residents.

To assess the flat’s market value, a valuer will make an appointment to come down to take a look.

Importantly, this valuer is a private professional who’s not from HDB. He determines how much compensation they’ll get from HDB. 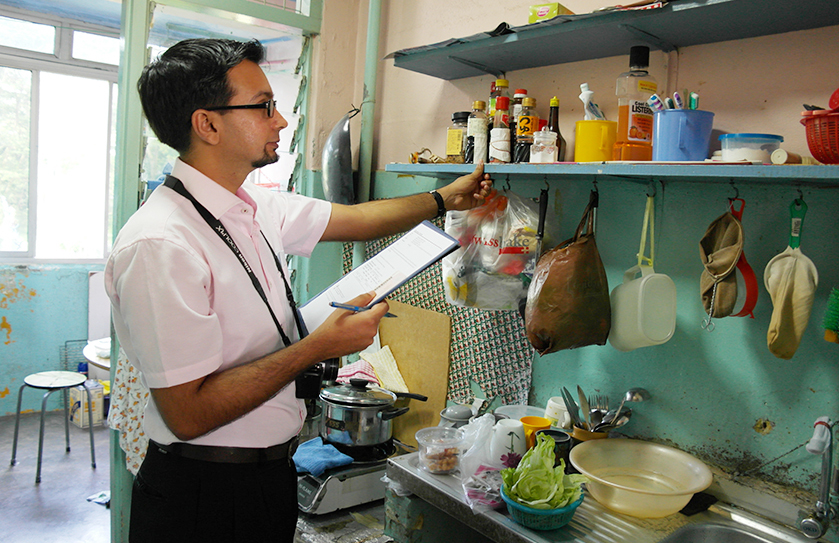 It depends on factors including:

Since SERS is mandatory, the compensation might be considerable — it will be higher than that of VERS.

SERS residents will also be granted S$30,000 to subsidise the price of their new flat and a S$10,000 “removal allowance”.

SERS residents will then need to meet an officer-in-charge at HDB Hub for a Collector’s Inquiry. 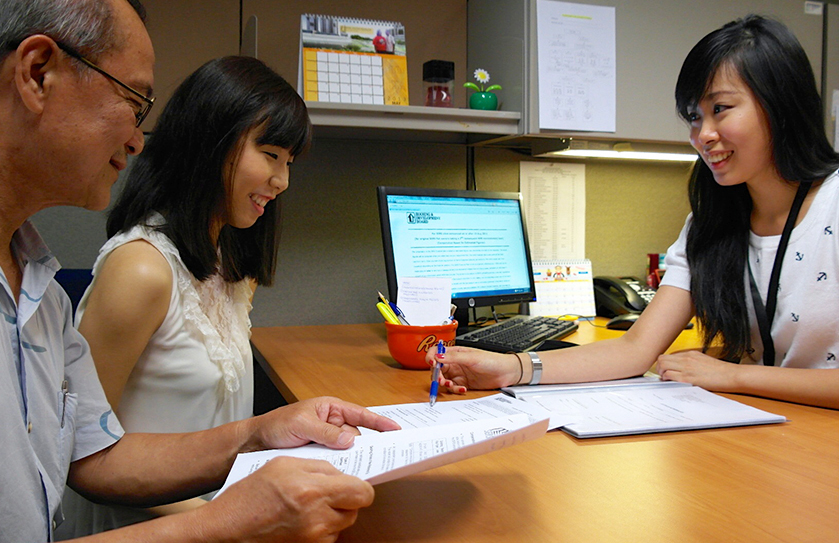 This is where they can regain a sense of control over their new homes.

During this meeting, they can indicate their preferences regarding the type of flat, and even estate amenities.

In this way, residents can co-design their future housing estate by specifying their desires for amenities like children’s playgrounds or elder activity corners.

It’s even possible to suggest a name for the new estate. 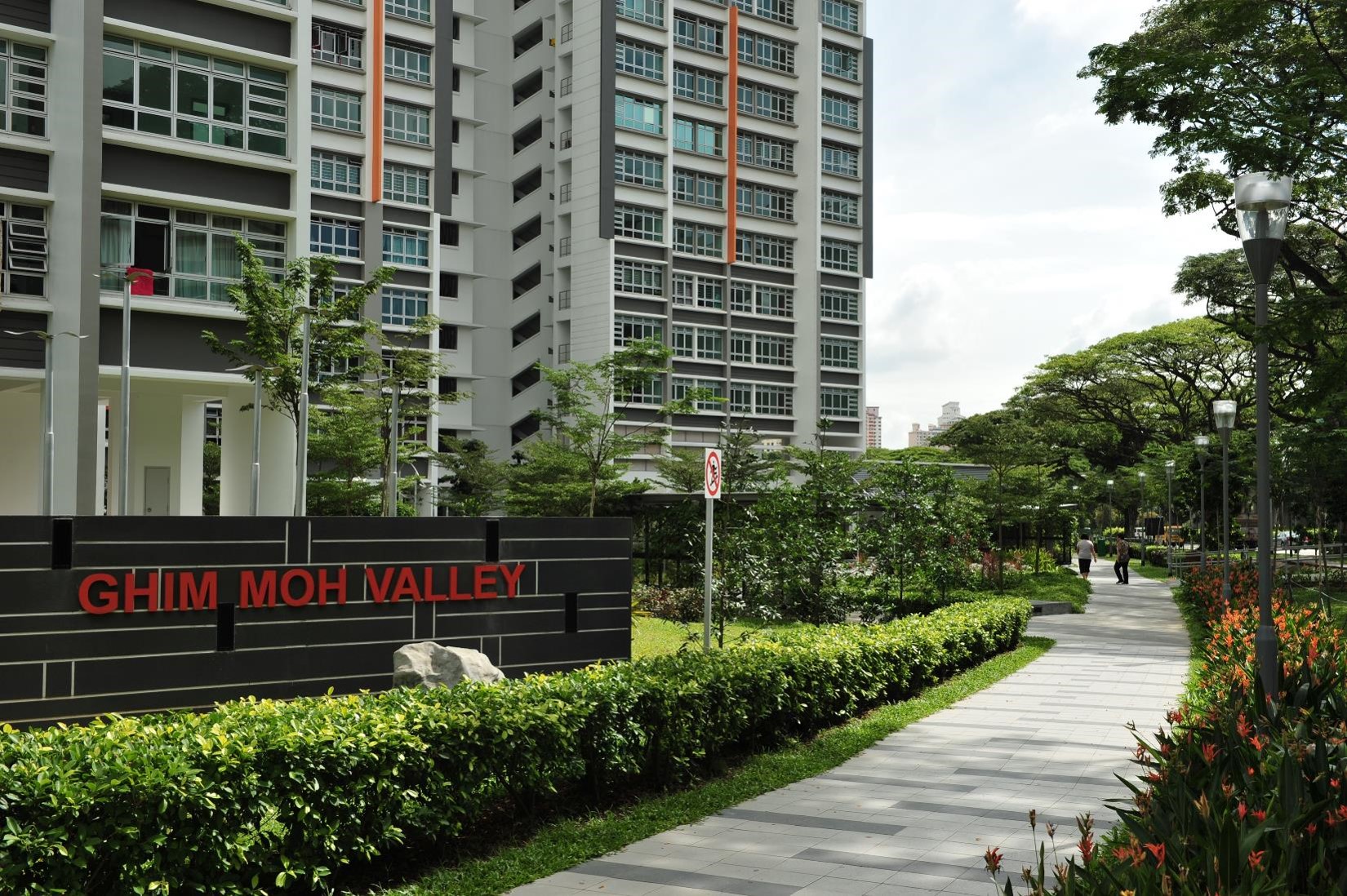 At the Collector’s Inquiry, HDB will also help with the financial planning for the new flat.

Pick your flat & register with neighbours

After receiving notice of how much compensation you’ll get, it’s time to pick your flat.

SERS residents are guaranteed a flat at the designated estate at a price that’s already fixed and unchanged, so it’s just a matter of choosing one among the options available.

Better yet, if you’re one of the lucky residents who gets along with your neighbours, you can choose to have them again.

Simply come down to HDB Hub to apply for your flats on the same day under the Joint Selection Scheme. 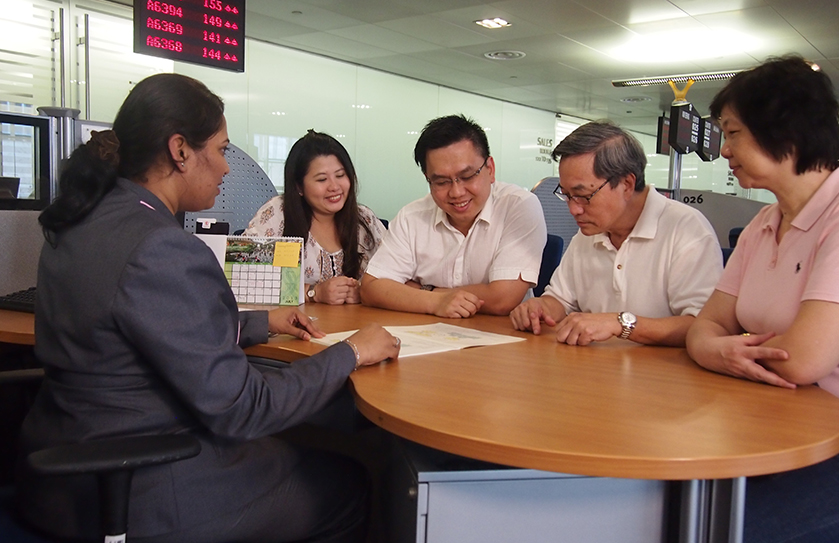 Up to 6 households can register for flats together under the same queue number.

HDB will supply sales brochures and price lists to make the selection easier.

$35,000 for renovation after key collection

Residents can collect their keys at HDB Hub when the new flat is ready. 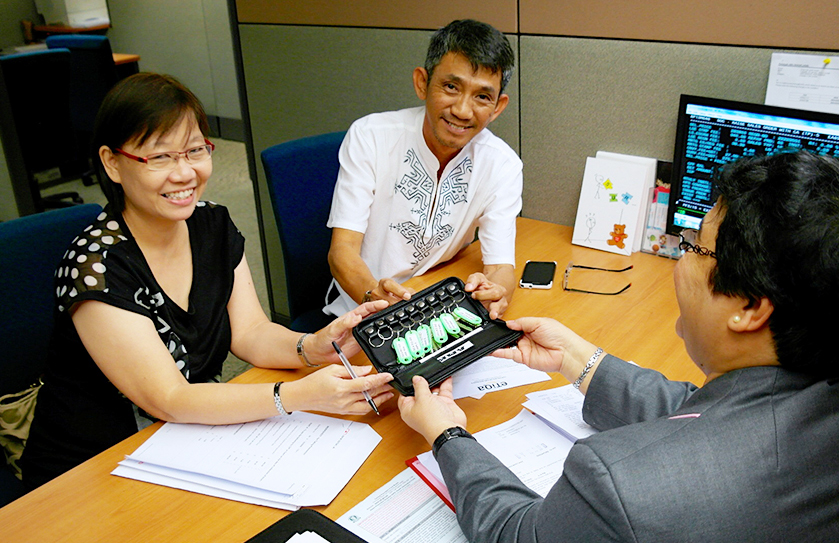 The compensation from HDB will be used to pay off any outstanding debts on the SERS flats, and there might be some extra.

This can be used to pay for the new flat, or residents can make use of another benefit – an advance of $35,000 to offset the renovation costs of the new place.

They then have 4 months to renovate the new place before moving out of their old home.

After the old flat is returned, the balance compensation, if any, will be paid out.

SERS residents, for some reason, may choose to reject the replacement estate that’s offered.

They’ll also get priority allocation of 10% of the flats offered in these schemes.

If they choose to sell their flat with the SERS housing benefits in the open market, that can also be done, but they’ll have to wait one month after the announcement to sell or transfer the unit.

Not something to be afraid of

Based on the benefits offered, flat owners may decide that SERS is a positive development.

Besides a subsidised new flat, they’ll also have the bragging rights of their flat being one of the rare 5% suitable for the scheme.

Above all, residents should know that SERS isn’t something to be afraid of.

If it happens, they’ll just have to make their choices wisely and prepare for the big move.