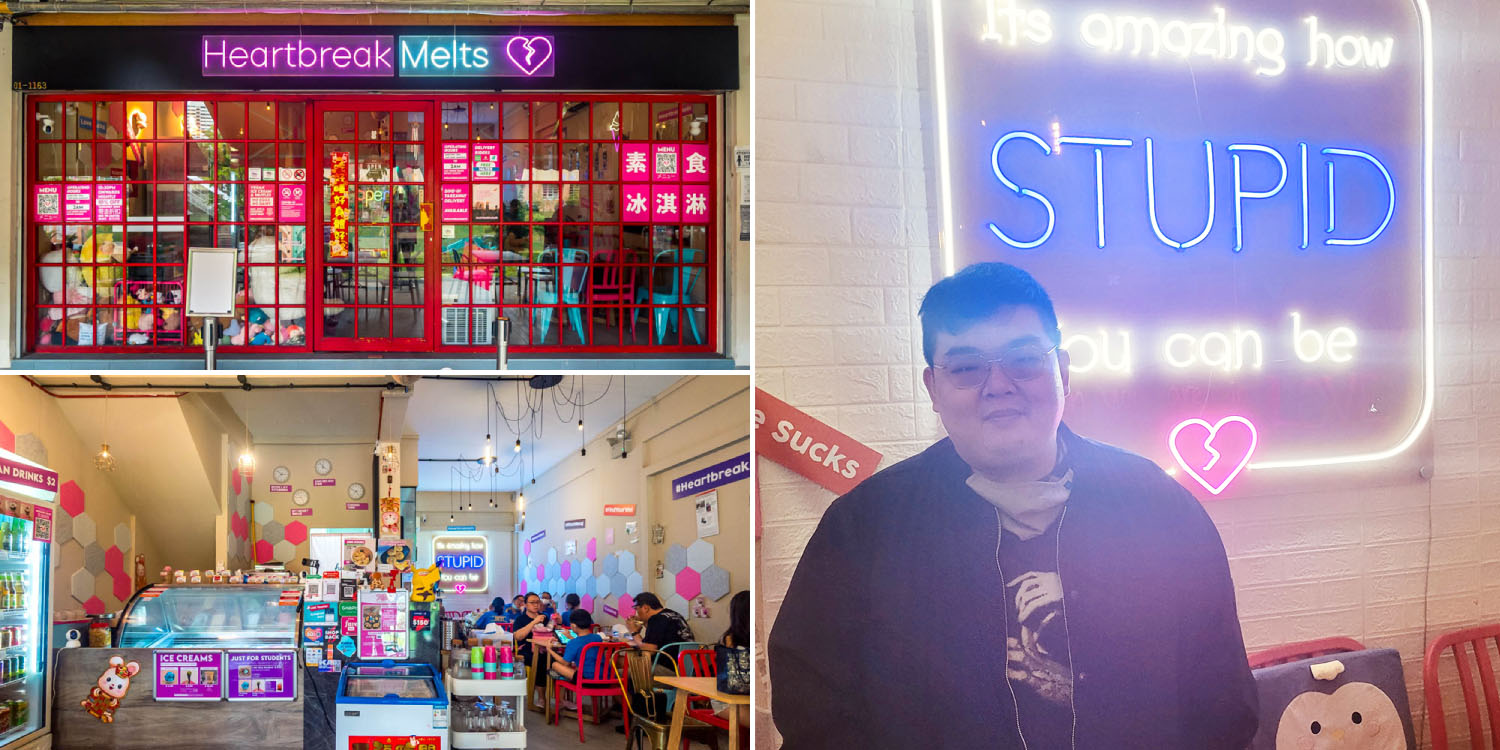 He names Udders and Old Chang Kee as two sources of inspiration behind his business practices.

Situated in a sleepy Ang Mo Kio residential estate close to a secondary school is an ice cream shop with decor that stands out amidst the rest. 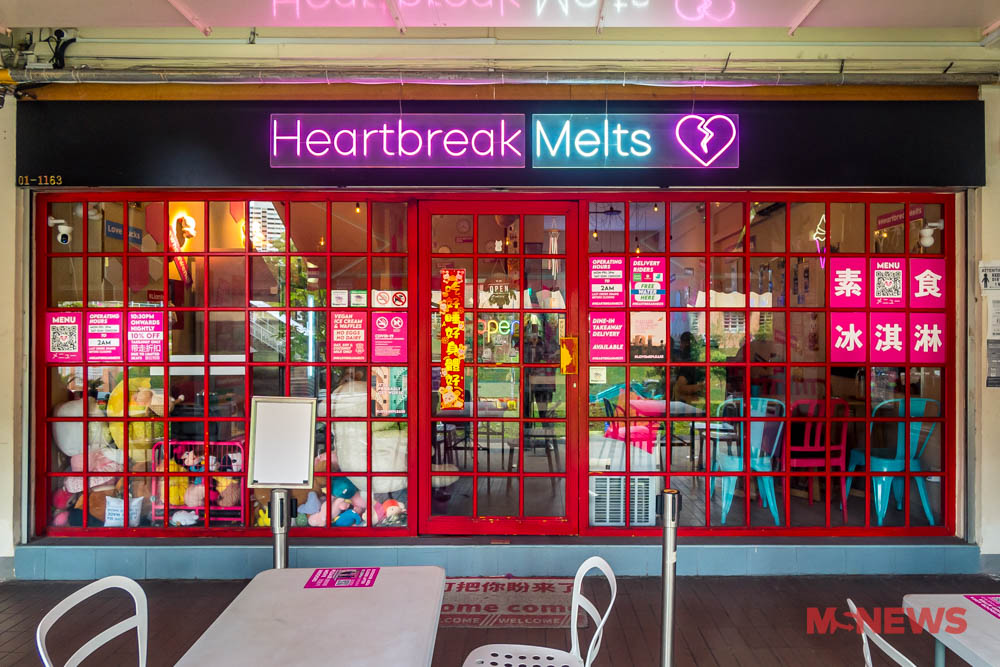 This was where MS News met Mr Goh, an entrepreneur, food delivery rider, and seeming TikTok star with over 21,000  followers.

As a self-professed ‘man of many talents’, the cherubic Mr Goh said he started his own business in 2014 to get rich.

While he owned a printing business that did well for the first two years, Mr Goh needed fulfilment from the job.

“After (the first two years), things went downhill. (Printing and designing) are things I’m good at, but I was not passionate about it – I was not happy.”

Mr Goh fell into depression, and after seeing a counsellor, he decided to find something else to do.

So came the gig of food delivery, which a friend introduced him to in 2016. Not only did he derive fulfilment from riding motorbikes, but he also found that the job gave him the freedom and flexibility he craved. He decided it was time to fold his printing business and called it quits.

For the next three to four years, Mr Goh delivered food as a full-time job. But in the back of his mind, he always knew he wanted to start another business despite his previous failure.

Additionally, his goal was to be a businessman, not merely self-employed. What’s the difference? Mr Goh explained that while the former means he can make money without lifting a finger, being self-employed still requires him to go down and work.

Accident was a wake-up call

In September 2020, Mr Goh got into a traffic accident and broke his right arm.

Luckily, he’s left-handed, so even though he lost mobility in his right arm, he could still cope well.

But even while he was crying in pain in the ambulance following the accident, Mr Goh was already thinking about a new business.

So together with Ms Yee, his business partner who used to run a bar, they sat down to brainstorm possibilities.

They had a few considerations, including but not limited to the following:

Combining these requirements, they landed on running an ice cream shop selling vegan ice cream. You’d think that this was because they were health or environmentally conscious, but Mr Goh said it simply because they’re both lactose intolerant.

The simplicity is essential as Mr Goh wants the business to be entirely hands-off eventually.

Sat at other cafés observing their practices & sales

Hitting up YouTube tutorials, he began making ice cream with his single arm while his right arm was still in a cast. He bought his very first ice cream machine, which he still keeps at Heartbreak Melts as a backup in case the café’s ice cream machine breaks down. 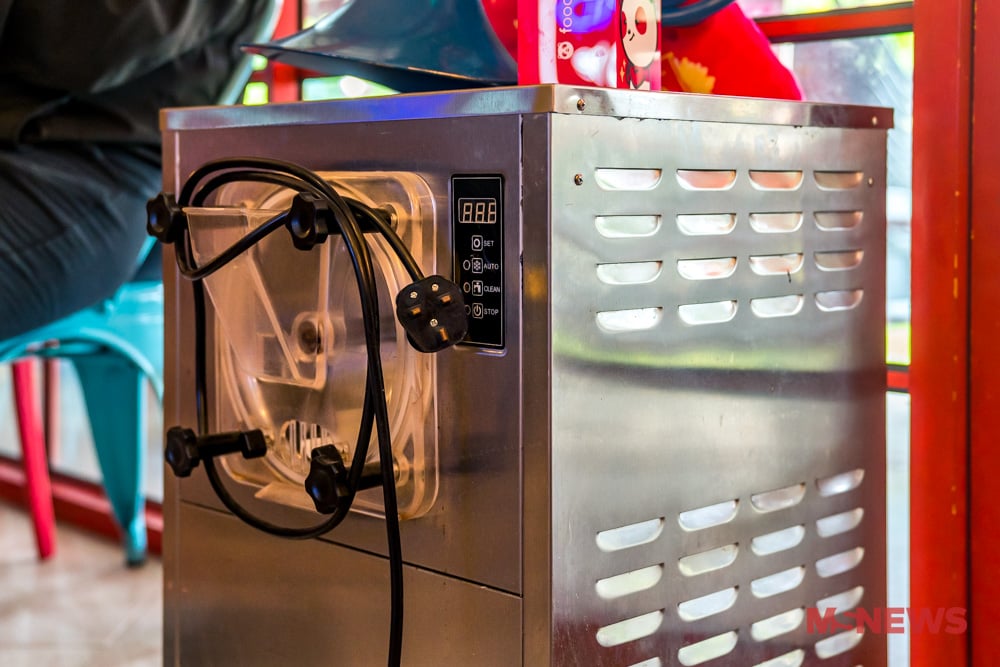 As a home-based business, selling ice cream posed several challenges, not least melting. “I have to send it by express, otherwise become milkshake,” Mr Goh laughed.

So he started going down to ice cream cafés around Singapore to study. He claimed he must have visited every single one, just sitting a distance away with his video camera and observing the number of sales they made in six hours.

He then calculated the approximate revenue they’d earn in an hour and found that selling ice cream was viable.

By a stroke of good fortune, Mr Goh came across his present shop location, which was previously run by an ice cream-selling couple. Because the infrastructure was already there and the rent was reasonable, Mr Goh decided to take the plunge in Ang Mo Kio.

Heartbreak Melts opened its doors in January 2022. The business has picked up over the past two months, which lets him draw a modest salary. But Mr Goh is not stopping there and hopes to open more outlets.

Mr Goh isn’t shy about where he gets his business ideas from, especially when it comes to selling ice cream.

One success story for him is Udders, which has six outlets in Singapore and Indonesia. The ice cream is also available at over 400 retail points.

“Whatever they are doing, I will always copy (as it is) a successful business model,” Mr Goh shared.

I don’t want to create something unique on my own… we don’t have the money to do it. Then, the only way to be successful is to copy successful businesses. Whatever they’re doing, we just follow. Another model he likes is Old Chang Kee, which features food that can be easily prepared at every outlet without the need for a specialised chef.

Yet, he said it tastes the same everywhere, and it’s good. All the staff needs to do is use a deep fryer to prepare the food, and it’ll taste consistent.

It is a lesson he took from his printing business, where the skills needed to design and print materials were highly specialised. This made hiring difficult.

On the other hand, at Heartbreak Melts, all he needs are people who can scoop ice cream. If they can do that, they’re hired. Teaching them the other things is also simple since they do not require highly technical skills.

Another successful business practice he has applied to Heartbreak Melts is allowing his workers to use a corporate card to order food for themselves.

This idea came from his ex-boss’ experience where he gave all his employees a smartphone (in 2014, before smartphones were as commonplace) so they would be contactable. The phones also served as work tools.

But instead of giving money to his staff to buy a smartphone, he chose to give each of them one. Although this meant extra costs in the short run, they’d be used for their intended purpose.

Mr Goh thus does the same to ensure that his staff do not go hungry in the name of saving money.

But there was one mainstream thing he didn’t want to follow: the ‘minimalist’ decor that many cafés are adopting recently. Going in the other direction, you can see that Heartbreak Melts has colourful, almost tacky decor, but this is by design. 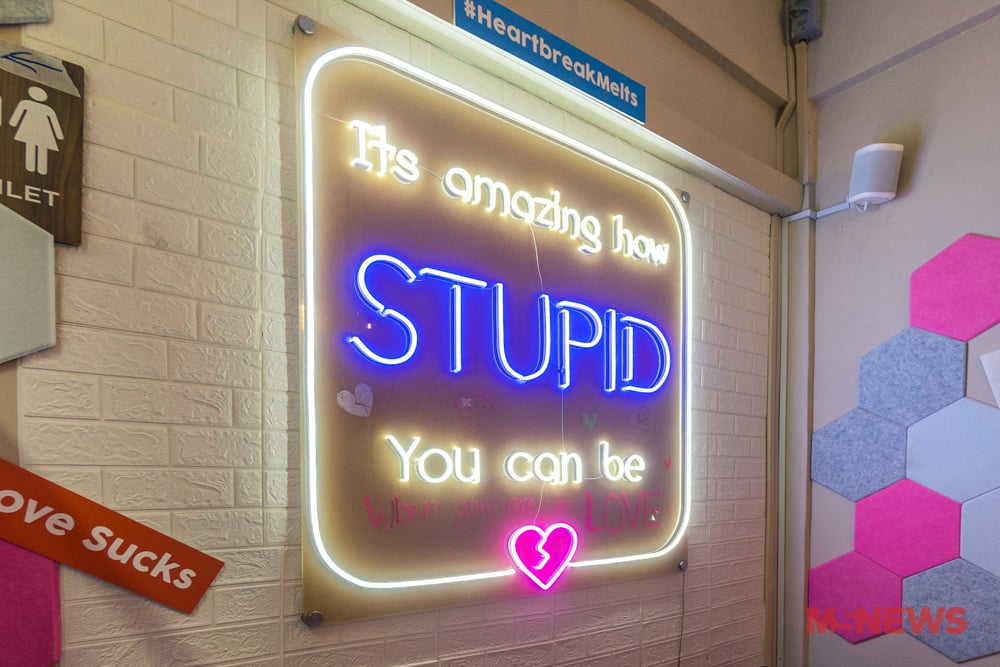 Adaptation & knowing what to avoid are also important

Mr Goh quickly amassed a decent following with his informative videos on TikTok detailing various aspects of the business process.

One of these videos details how customers have consistently asked for food since opening Heartbreak Melts in January, especially since other shops in the area don’t open late at night. 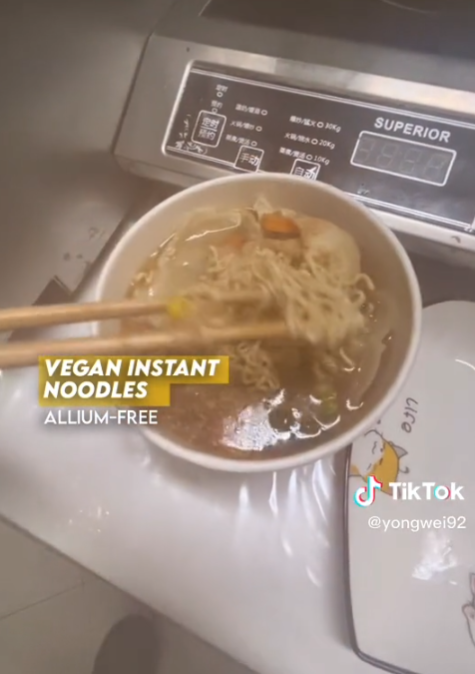 Surprisingly, demand has been good – he sold 60 bowls in the past two weeks. The simple-to-prepare dish was a result of the logistics around the shop, Mr Goh explained.

The food had to be simple and easy to prepare by part-time staff. It also could not be fried as there’s no exhaust in the kitchen, he told MS News.

While he joked about his fear that Send Noods might become more popular than his ice cream, the adaptation fulfilled both customers’ needs and the challenges of his kitchen.

Other adaptations like selling alcohol, which is easy to store, and other snacks with a speed oven, like the kind you see in Subway, have proven successful.

It shows that one shouldn’t be limited by their business in what one sells, although this doesn’t apply to every scenario. Mr Goh is able to make these adaptations because he’s in the F&B line.

And these initiatives seem to be working since Heartbreak Melts is mostly hands-off while he focuses on the marketing, other backend work, and his food delivery job.

Do you know any inspiring figures like Mr Goh? Get in touch with us via email at news@mustsharenews.com.