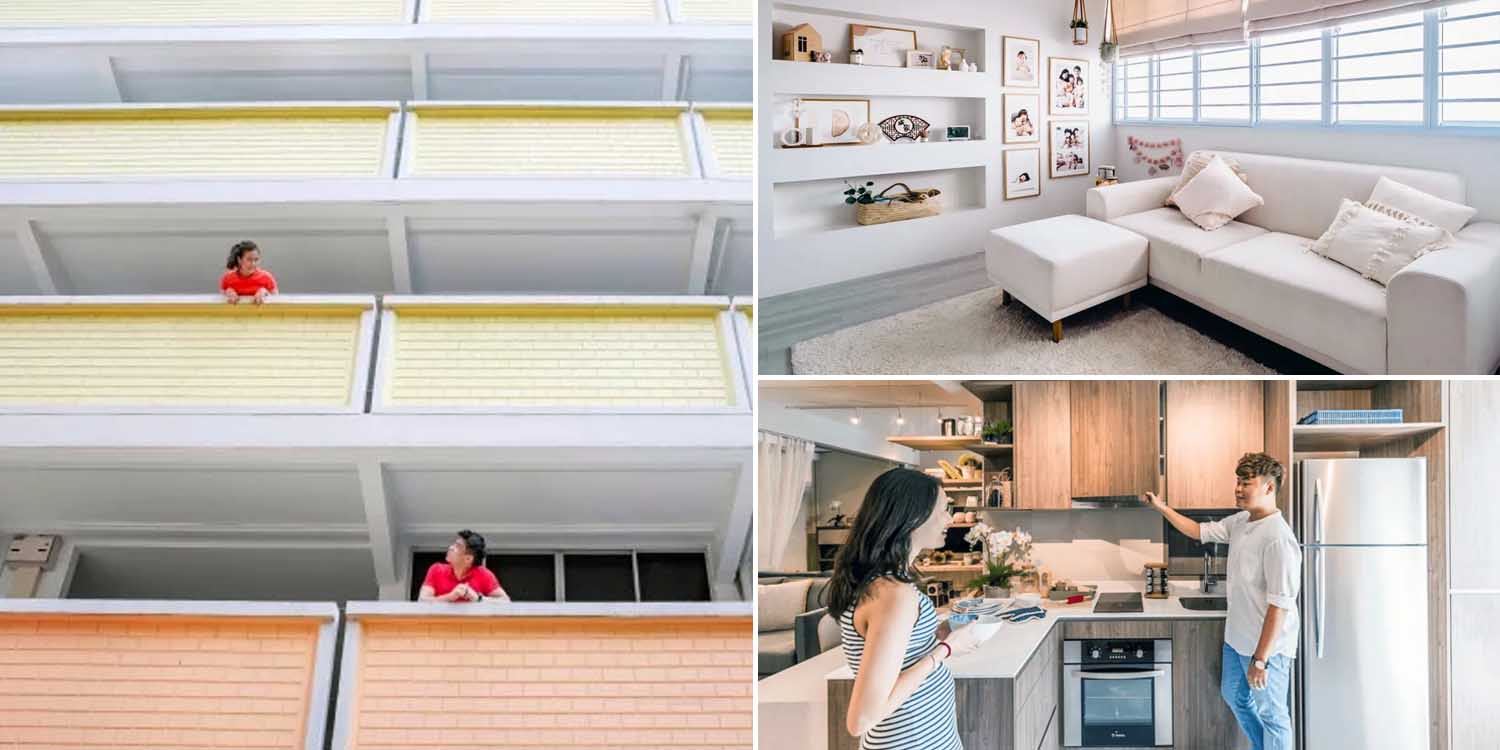 Searching for $0 furniture on Carousell is one of them.

Homeowners Share Financial Tips For Singaporeans Aspiring To Own A House

Part of adulting in Singapore is getting your first HDB home, and you and bae have probably discussed the finances for that. But beyond the big expenditures are the day-to-day affairs like bills and groceries, which you’d have to manage carefully too.

Now that you’ll be handling all the household matters on your own, the need to keep your savings in check is real. 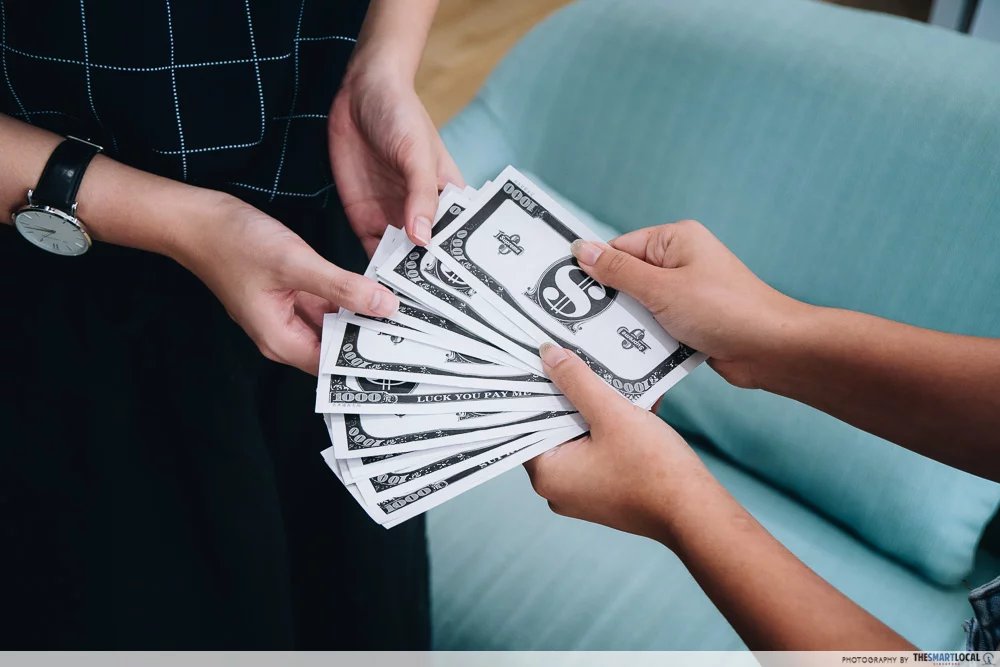 If you’re not sure where to start, we’ve spoken to several first-time homeowners in Singapore to learn the biggest financial lessons they’ve picked up along the way.

From copping $0 household items on Carousell to using credit card payments for cashback, you’ll find these tips compiled in a useful list below.

Source for a few vendors before committing to one

When designing the abode of your dreams, Edgar Tan, a 35-year-old financial service consultant, recommends shortlisting several vendors first and getting quotations from them.

Be it interior design or renovation, doing so allowed him to get a clearer idea of the total costs. The next step was to work out a budget and stick to it.

Marketing manager Tiffany Lai, 32, echoed his sentiments. She shared that she took the extra step of ensuring the quotations were commensurable with suppliers’ market rates. 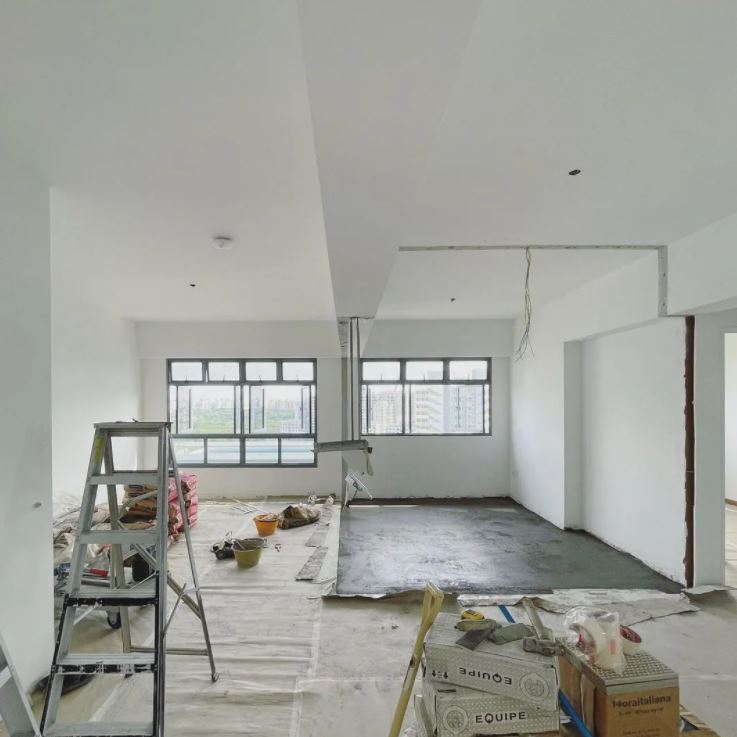 A bonus tip is to join online communities for independent, reliable reviews. Tiffany said she joined a Facebook group called Budget Reno (Singapore), where she could reach out to a legion of financially savvy Singaporeans for advice.

It’s a good place to get reviews on vendors and check if the prices quoted are reasonable.

After putting your name down for a BTO, you’ll have to scrutinise housing loans next to prove that you can afford your new crib.

HDB housing loans may be the common route due to the lower down payment required, but Edgar said you shouldn’t shun bank loans either as they offer lower interest rates. 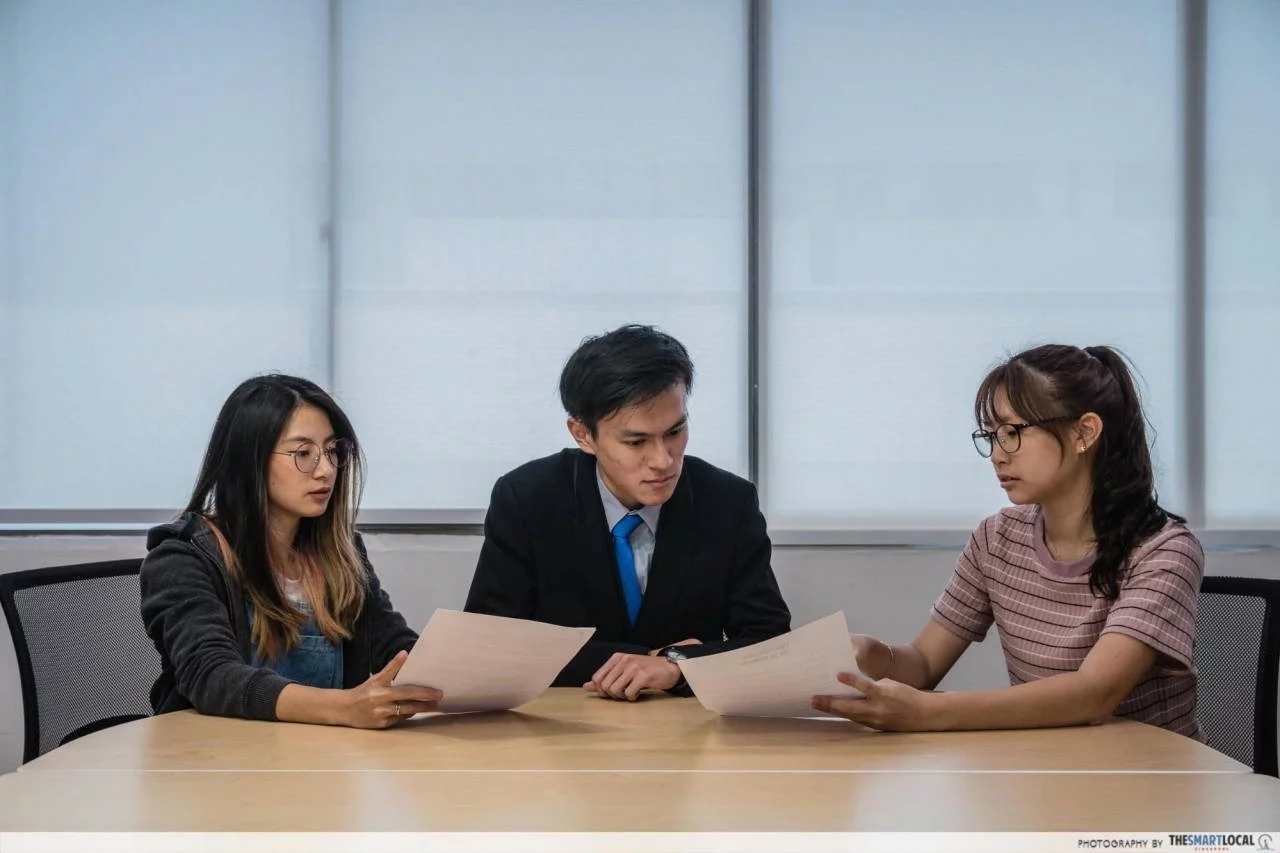 The downside for this option is having to foot a higher down payment sum, so you better come prepared with cold, hard cash and enough funds in your CPF Ordinary Account.

On the other hand, Tiffany said she opted for bank loans even though she felt it was risky as their interest rates tend to fluctuate depending on macro-financial indicators.

“So there’s a risk it could go higher, which is bad, or good if it goes lower than HDB’s stable fixed 2.6%.

“Our plan paid off because of Covid-19. Property loan interests dropped drastically, and we could refinance our loan,” she said.

It’s no secret that credit cards are known for their lucrative rewards and cashback rates. When managed well enough, you can avoid falling into debt and, in return, relish the rewards you signed up for.

Account manager Sharifah Abdul Rahman, 30, accumulated enough points over 2 years and exchanged them for a Dyson vacuum cleaner and an Apple Pencil.

These expenses were all from my wedding, so down payment contributed to a huge chunk of the points.

“We also swiped to pay for furniture and appliances, which added up to quite a lot,” she said. 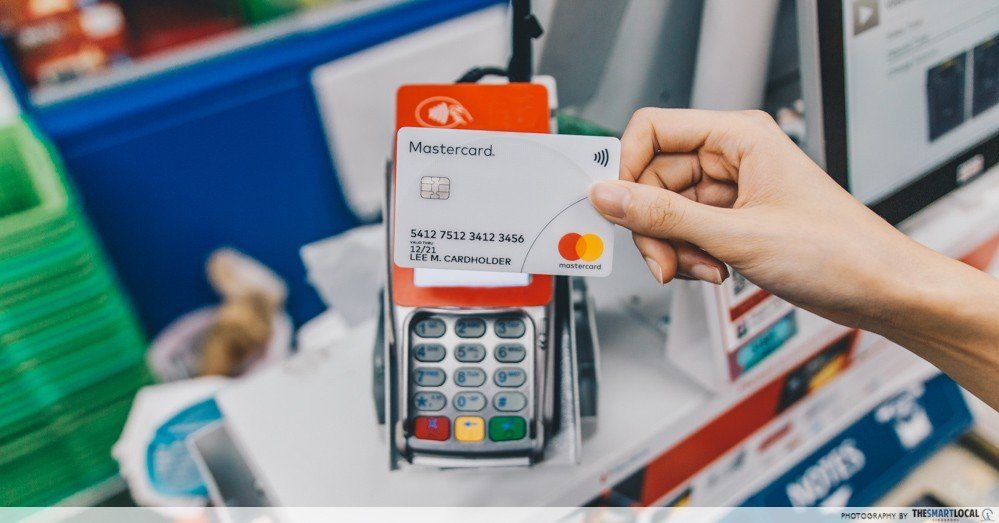 Edgar agreed. He, too, uses credit cards for big-ticket purchases like a fridge, washing machine, and dryer to get credit points in return.

He also had a bonus tip: Buying items in bundles from a single store.

“Places like Courts and Gain City will quote prices based on bundles of items you get from them. You’ll get a better deal than shopping for your domestic needs at different stores,” he said.

Plan your meals & stockpile ingredients for the week

Deciding on what to eat every day is often a spontaneous decision for many. But 36-year-old finance executive Chua Kian Tek said he preferred planning and stockpiling ingredients before the workweek.

I stockpile egg sandwiches on Sunday, and these are enough to last me for my Monday and Tuesday meals.

“Sometimes, I’ll also mass prep chicken breast meals and broccoli in advance. So during mealtimes, all I have to do is take them out from the freezer and heat them up,” he shared.

This way, meal preparation became a simpler task for Chua because he found that he could save more time and money.

“I’m not the kind of person who lives to eat, so this works fine for me and my wallet.”

Content strategist Chow Jia Hui, 26, swears by her Carousell $0 hack, which she shared with TheSmartLocal viewers during a video tour around her rented home.

Even though she doesn’t own a home yet, she got a taste of a homeowner’s journey by filling her newly rented property with household essentials and decorative items.

Chow said she usually goes to Carousell and toggles the filter to a minimum of $0-$2. This ingenious idea led her to snag a rustic-looking world map rug for a grand total of… $0. 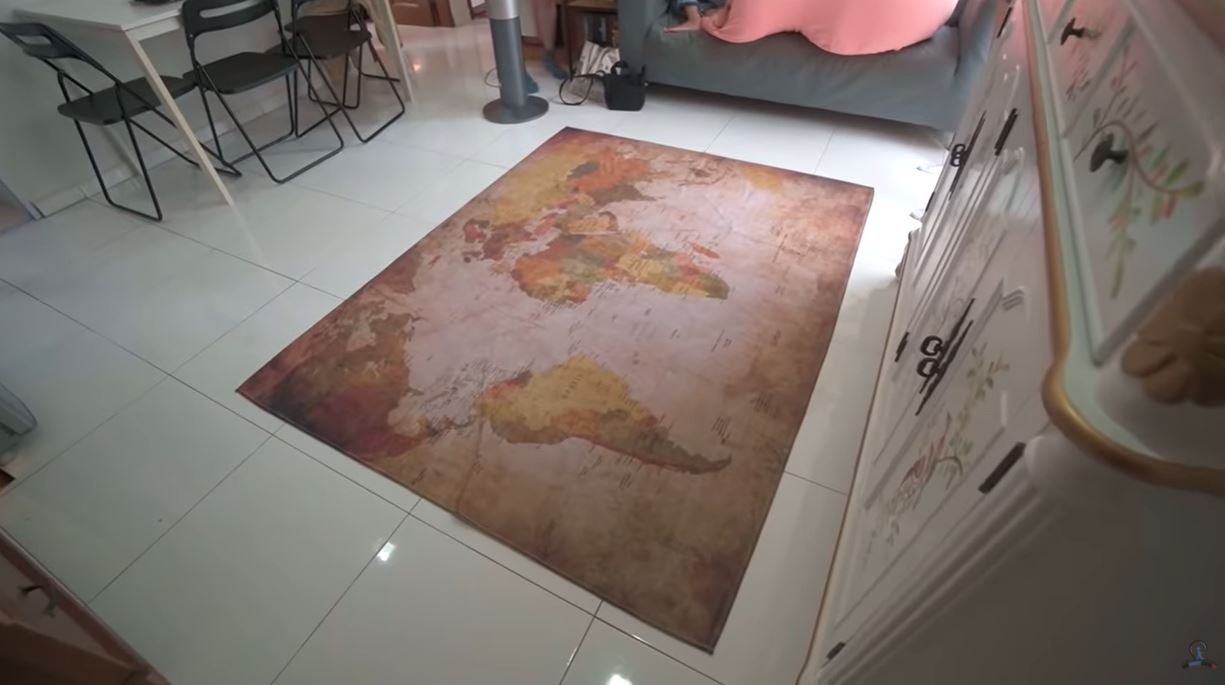 She also bagged a study desk and vanity table off the online marketplace for zero dollars. More often than not, you’ll get things that will fit the bill.

Judging by the hauls she could get her hands on, we have no doubts about that.

Meanwhile, Tiffany shared that she took home a bunch of hand-me-down items from her parents’ house, such as plates and laundry racks.

At the start of her BTO journey, she also packed her old mattress and her mum’s vacuum cleaner to cushion the financial impact until she eventually bought new ones.

Energy rates are the talk of the town right now.

Edgar said he opted for an open electricity market (OEM) retailer when the initiative was launched in 2018. He knew that making the switch would be a cheaper alternative in the long run.

He diligently did his research, looking at websites with comparison lists of the prices offered by various retailers.

Even though the initiative was new 4 years ago, Edgar found that certain electricity providers have garnered glowing reviews as they have provided power to commercial outlets for a while. 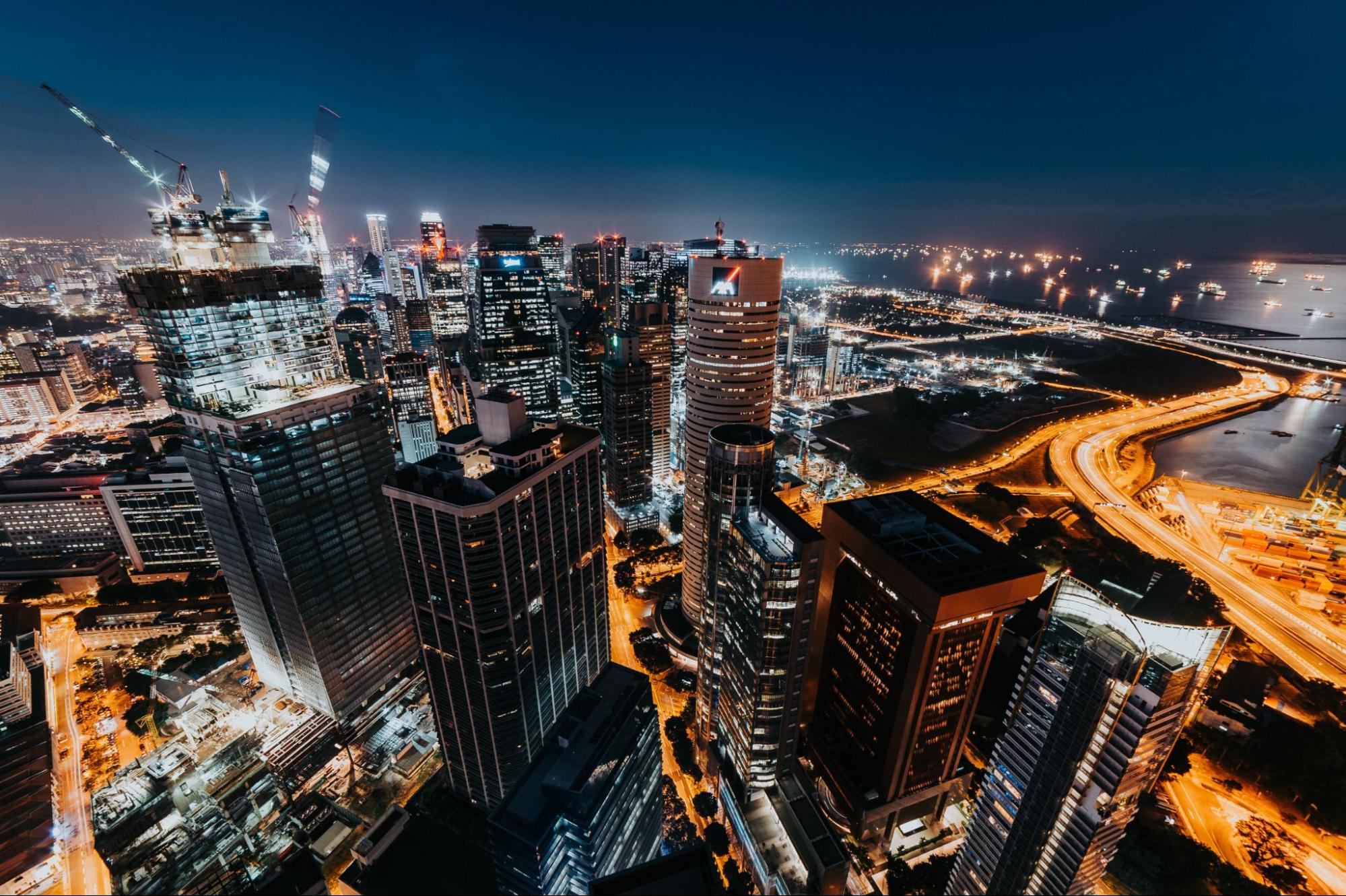 After picking his preferred retailer, he noticed that his electricity bills were around 20% cheaper.

I’ve always felt that flat prices are more budget-friendly, so it was a good choice to secure attractive rates for at least 2-3 years.

If the idea of switching to the open electricity market (OEM) entices you, we’re shining some light upon Geneco’s widely popular Get It Fixed 24 plan.

These days, homeowners prefer opting for fixed tariff plans by licensed OEM retailers because they’re getting charged a fixed rate for 2 years.

With Geneco, which has been supplying energy to over 150,000 homes in Singapore, you can secure a rate of 26.80¢/kWh* for 24 months, which is said to be the lowest rate in town.

In conjunction with the retailer’s 4th anniversary, they’re offering up to $120 bill rebates. And here’s how you can get them:

Geneco has also partnered with Playmade to bring boba lovers a special BBT flavour Pandan Milk Tea with Pandan Bobas, available from now till 11 Apr at all Playmade outlets.

To hop onto the OEM bandwagon with Geneco, you can check out their website for more information.

Growing into a wiser adult

Moving into a new house is a lot of work. Suddenly, you’ve levelled up in life, having to sift through tons of research to get a unit – and everything that comes along with it – at reasonable prices.

Adulting can be a little lonely and overwhelming. But there’s merit in seeking advice from people who’ve gone through the same journey as you so that you can make sound choices in life.

Now that you’re wiser, you can soon impart your newly learned hacks and financial lessons to others next time.

*Rate is accurate as per publication date

This post was brought to you in collaboration with Geneco.