Hougang Woman Had Let 2 Residents Use Lift Before Her, Husband Defends Her Actions A neighbour alleged that she also cooks in the corridor.

Husband Says Nothing Wrong With Keeping Safe Distance During Pandemic

Amid the Covid-19 pandemic, Singaporeans who usually have no problems sharing lifts might prefer to keep a safe distance.

At least that’s what the husband of a Hougang woman said when a video of his wife refusing to share the lift with a delivery rider went viral. 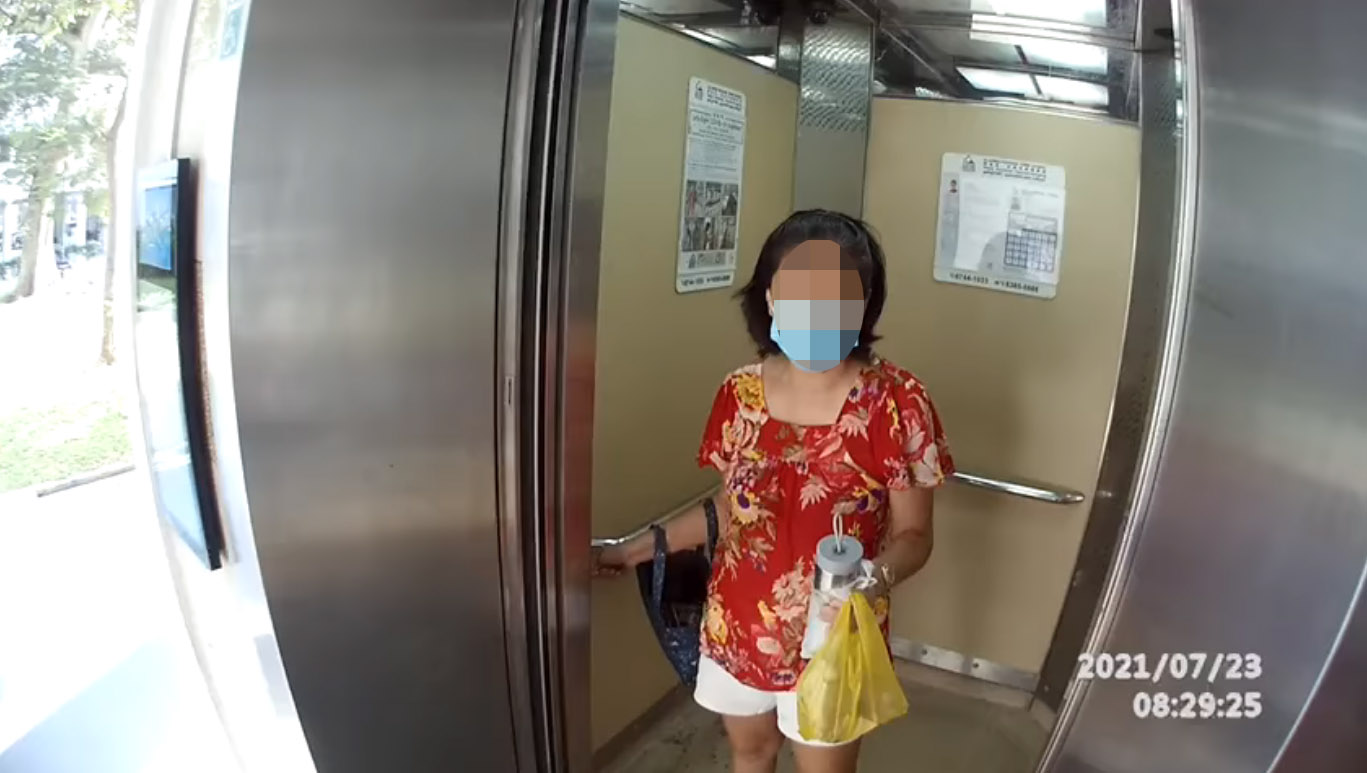 Defending his wife, he said she’d actually let 2 residents use the lift before her.

Thus, she decided to use the lift when she saw the delivery rider afterwards.

Hougang woman who refused to share lift declines to be interviewed

After the news was shared widely on Friday (23 Jul), Lianhe Zaobao attempted to interview the lady.

However, she declined to be interviewed, the paper said.

Instead, her 50-year-old husband stepped up to defend her actions.

Woman already waiting for lift at start of clip

At the beginning of the 47-second clip, the woman can be seen already waiting for the lift as the delivery rider unloads food from his bag. 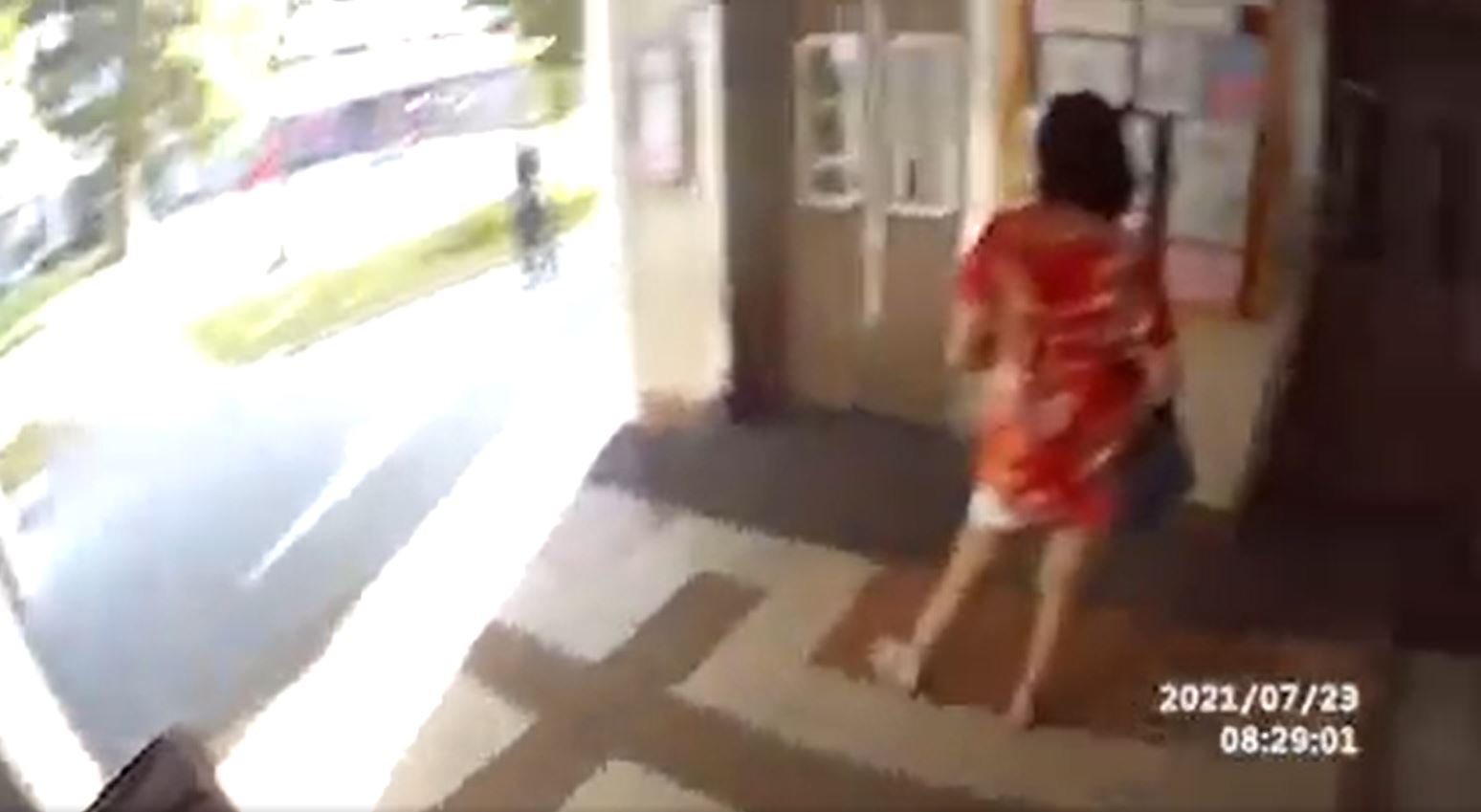 In fact, she’d already let 2 residents go up the lift before her, her husband said.

Thus, when she saw the delivery rider, she decided to go in first.

In the clip, she’s then seen telling the rider to wait for the next lift.

Her husband explained that his wife doesn’t want to share the lift to reduce the chances of infection during the pandemic.

This was also communicated to the rider in the video.

That’s presumably why she allegedly let 2 other residents go up before her.

During the pandemic, we should keep a safe distance, right?

It should also be noted that the couple are residents of Block 506, Hougang Avenue 8. 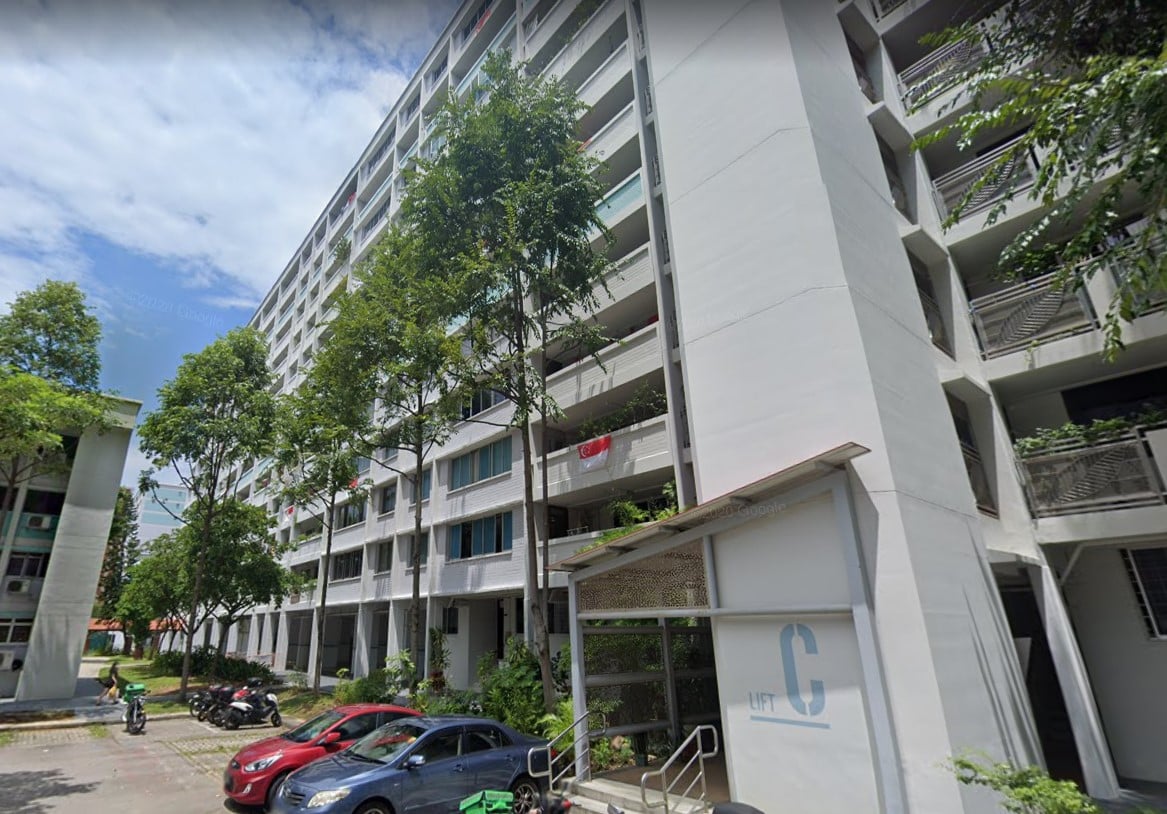 In May, a cluster of 8 cases was found there, resulting in all residents being swabbed.

Perhaps, after this bad experience, the woman was just being extra careful?

Woman allegedly cooked in the corridor

However, the publicity over this incident has also led to the woman’s neighbours revealing some of her alleged habits.

A resident named Kevin, who spoke to Zaobao, claimed that she’d cooked meat and vegetables in the corridor at least 2 times. 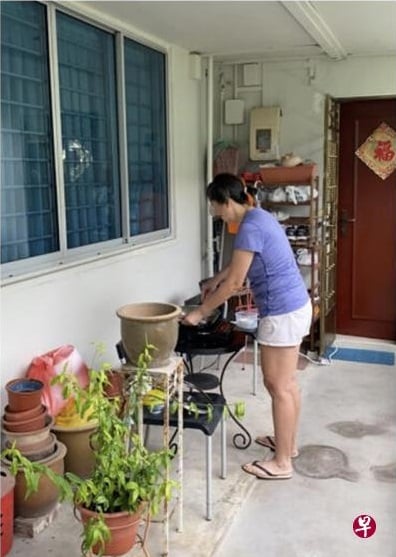 She allegedly does this outside her neighbour’s window and doesn’t wear a mask, the 40-year-old financial industry worker added.

Husband says her actions are creative

When Zaobao asked her husband about this, he said there’s no risk of virus transmission at the door.

He also said his wife’s actions were “creative”.

Only those who don’t appreciate it would think it’s a bad thing, he added.

While it’s understandable that people may want to keep a safe distance from others during a pandemic, perhaps the woman could’ve been a bit more tactful in telling the rider not to enter the lift.

Also, cooking in the corridor outside other people’s windows may not be the best way to endear yourself to your neighbours.

And if she’s that afraid of Covid-19, perhaps she should wear a mask when she’s beyond her front door.

Are the lady’s actions understandable or unreasonable? Do share your thoughts with us.