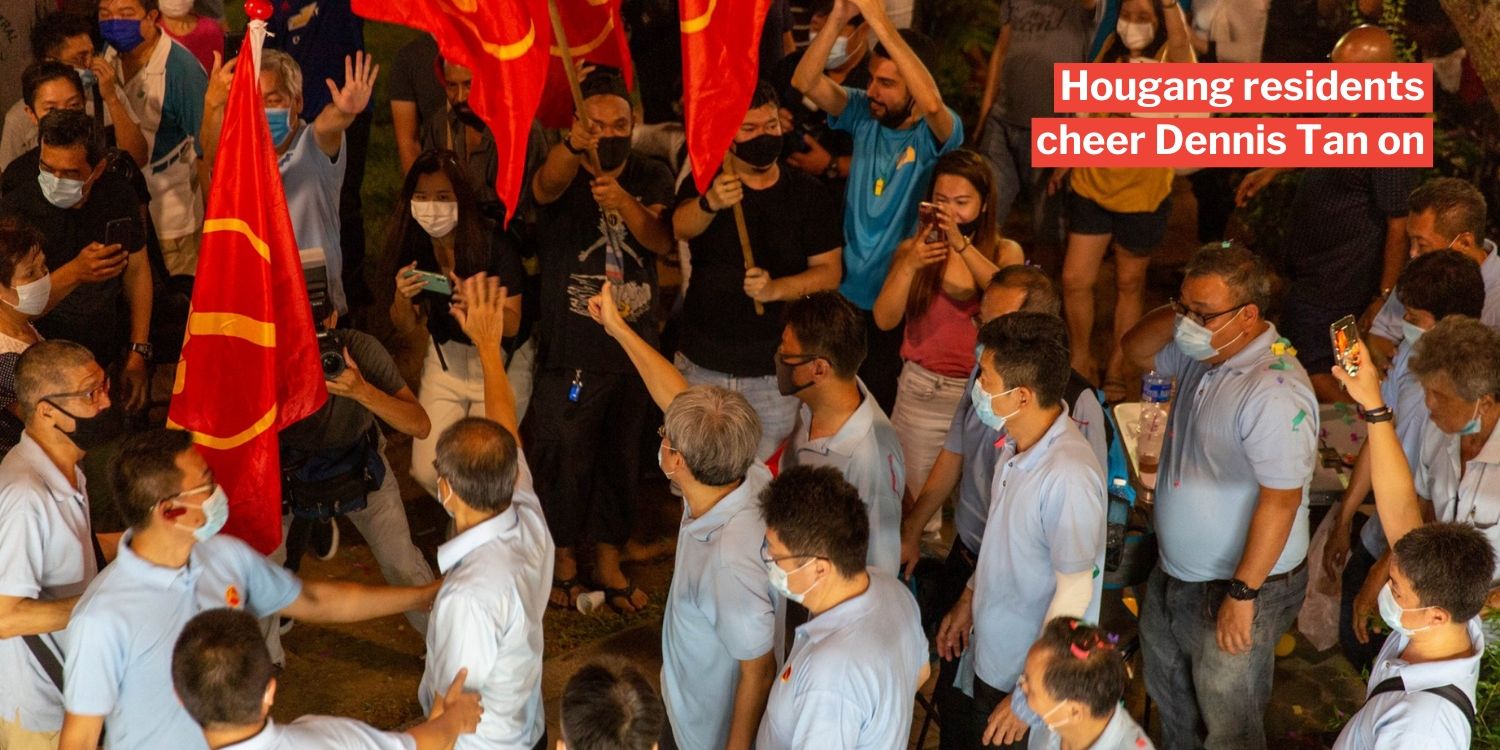 Unhappiness about the GE2020 occurring amidst a pandemic was cast aside in the wee hours of Saturday morning (11 Jul), as residents in Hougang gathered in anticipation of the final results. Having been a Workers’ Party (WP) ward since Mr Low Thia Khiang‘s historic victory in 1991, Hougang residents were confident of the outcome.

Many were, however, nervous about the results in hotly contested constituencies this GE, like Sengkang, East Coast and Marine Parade.

Photographer Lawrence Chong captured these tense moments, as well as much happier reactions later, in a Facebook album that went viral.

Immortalising scenes on the ground amidst an eventful GE2020, Mr Chong’s album garnered over 3,500 shares at the time of writing.

His photos of a spot that has famously become WP supporters’ stomping ground for almost 30 years showed a community spirit Singaporeans have been missing for a long time. 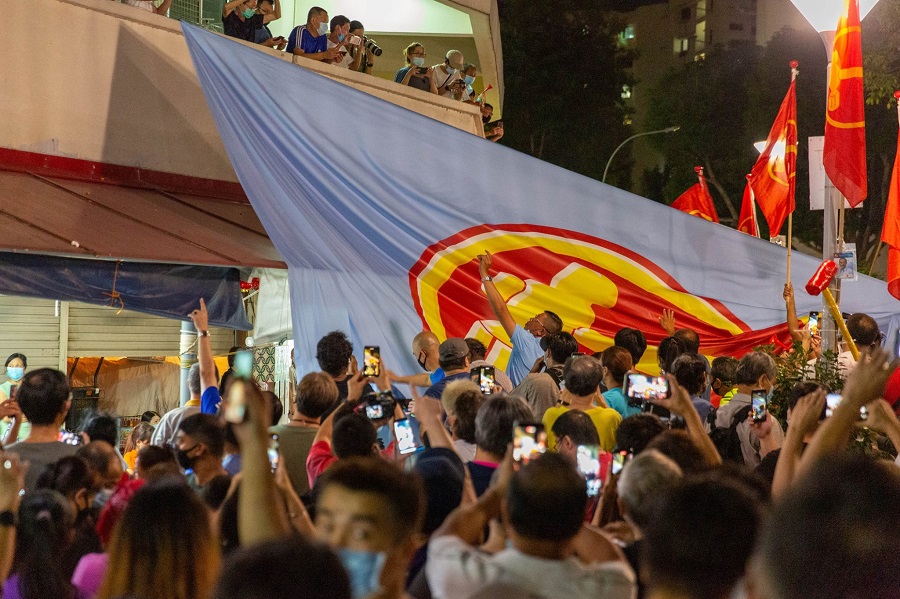 With their masks on and phones in the air, Hougang residents showed up in full force.

Some looked on from below, while others watched from the HDB corridors above. Early birds snagged seats at the coffee shops nearby, their WP merch on standby. 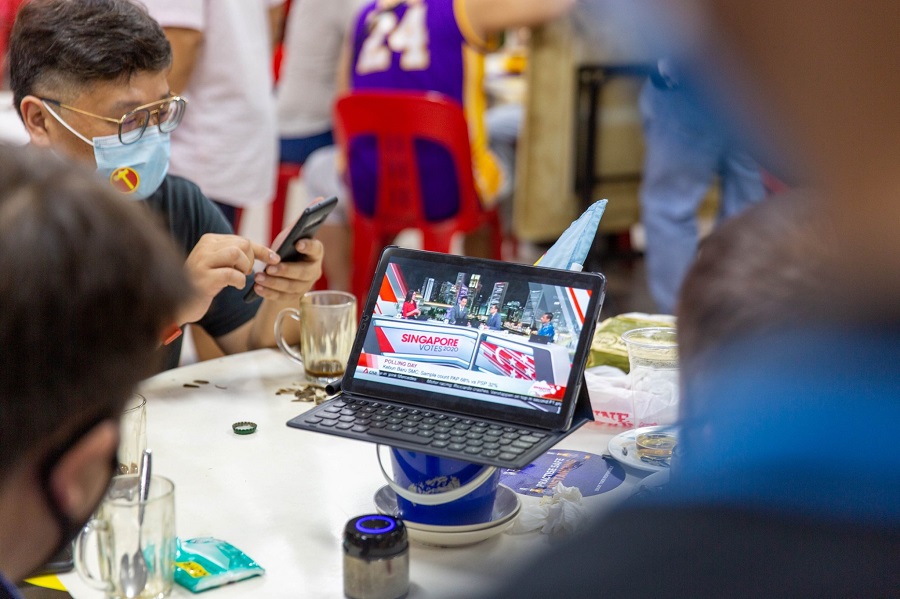 One can imagine the rapturous cheers that erupted as soon as the results came out.

Hougang residents cheered on WP wins in other constituencies

Residents were quick to celebrate, including this visibly happy coffee shop patron waving his WP flag. An elderly lady got emotional, wiping tears as everyone around her voiced their joy. 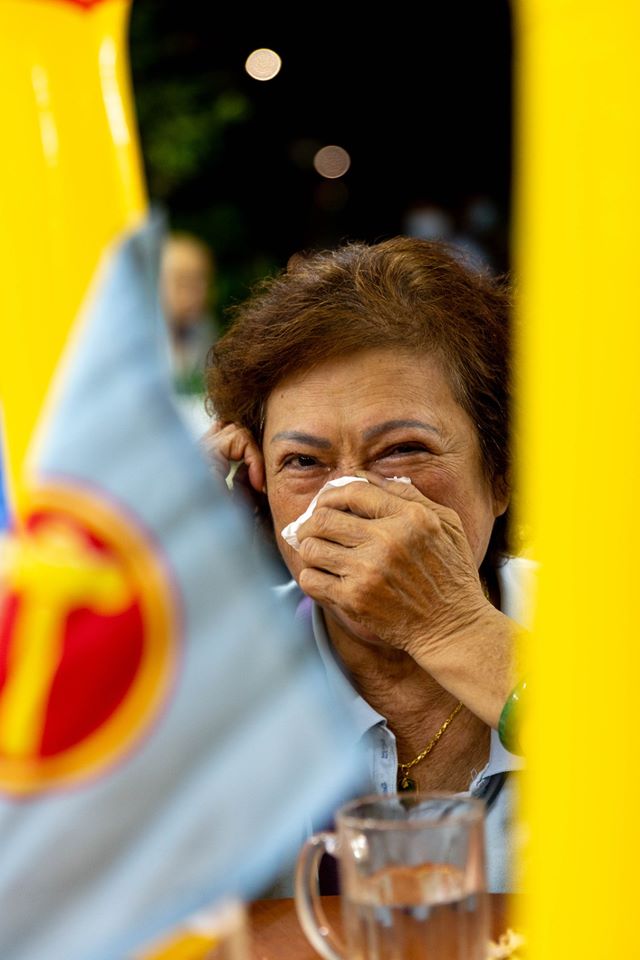 The celebrations spilled over into the streets, where Singaporeans of all races awaited Mr Dennis Tan’s arrival. 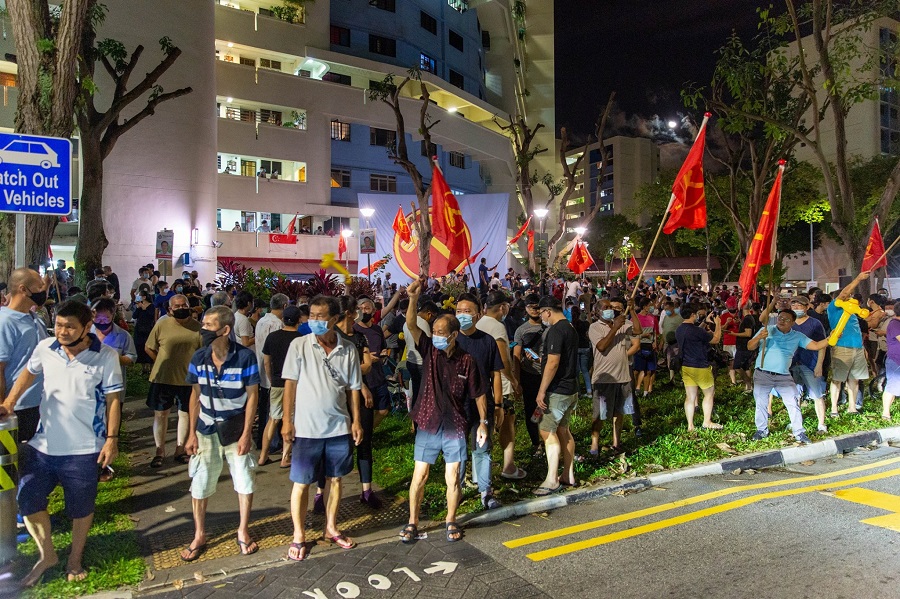 There, some kept up as more results emerged, confirming WP’s win in Aljunied as well as the new GRC in Sengkang. The elation was evident in their ovations. 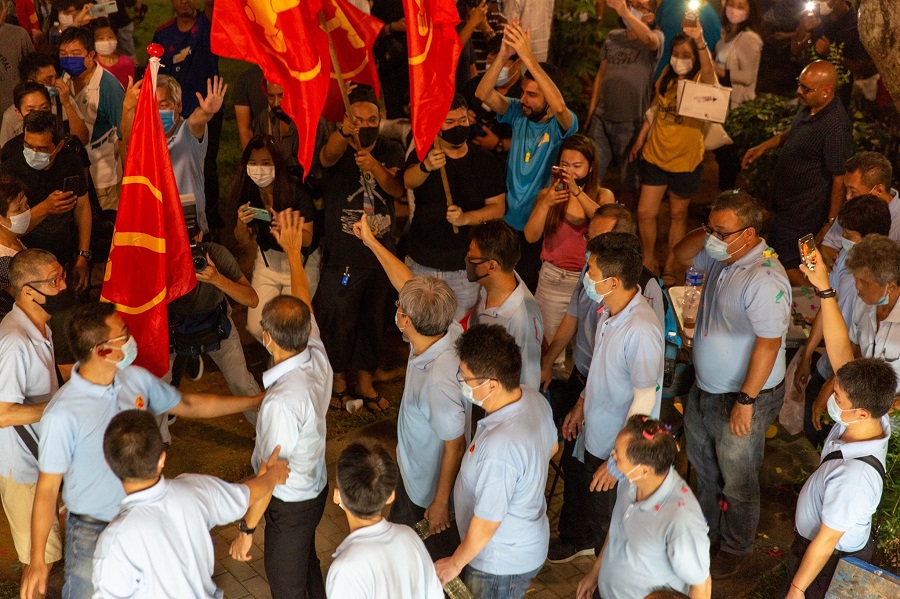 Other shows of support throughout GE2020

Of course, WP supporters weren’t the only ones who were vocal about their support.

Throughout the GE2020 campaign period, such scenes popped up in other areas, such as Nee Soon, which the PAP and Progress Singapore Party (PSP) contested.

Asked about the cheer-off, incumbent PAP MP Faishal Ibrahim says his team has built bonds with residents of Nee Soon GRC, and that they have “come and support us”. He says the people will choose the candidates who have “better plans” and are able to take care of them.#GE2020 pic.twitter.com/GAR6bzkJu9

A similar cheer-off between PAP and PSP supporters had also occurred in Ayer Rajah, on one of Dr Tan Cheng Bock’s walkabouts.

Clearly, passion for the respective parties resonates all around, as voters aren’t shy about who they believe in.

A historic GE for Singapore

The WP as well as other opposition parties’ strong displays in GE2020 despite the losses marked a historic election for Singapore, as the PAP recorded one of its weakest performances since independence.

Be that as it may, their continued mandate echoes the general confidence Singapore still has in the current Government.

Let’s hope they’ll take this as a motivation to listen to the voices on the ground and build a better future for the nation.