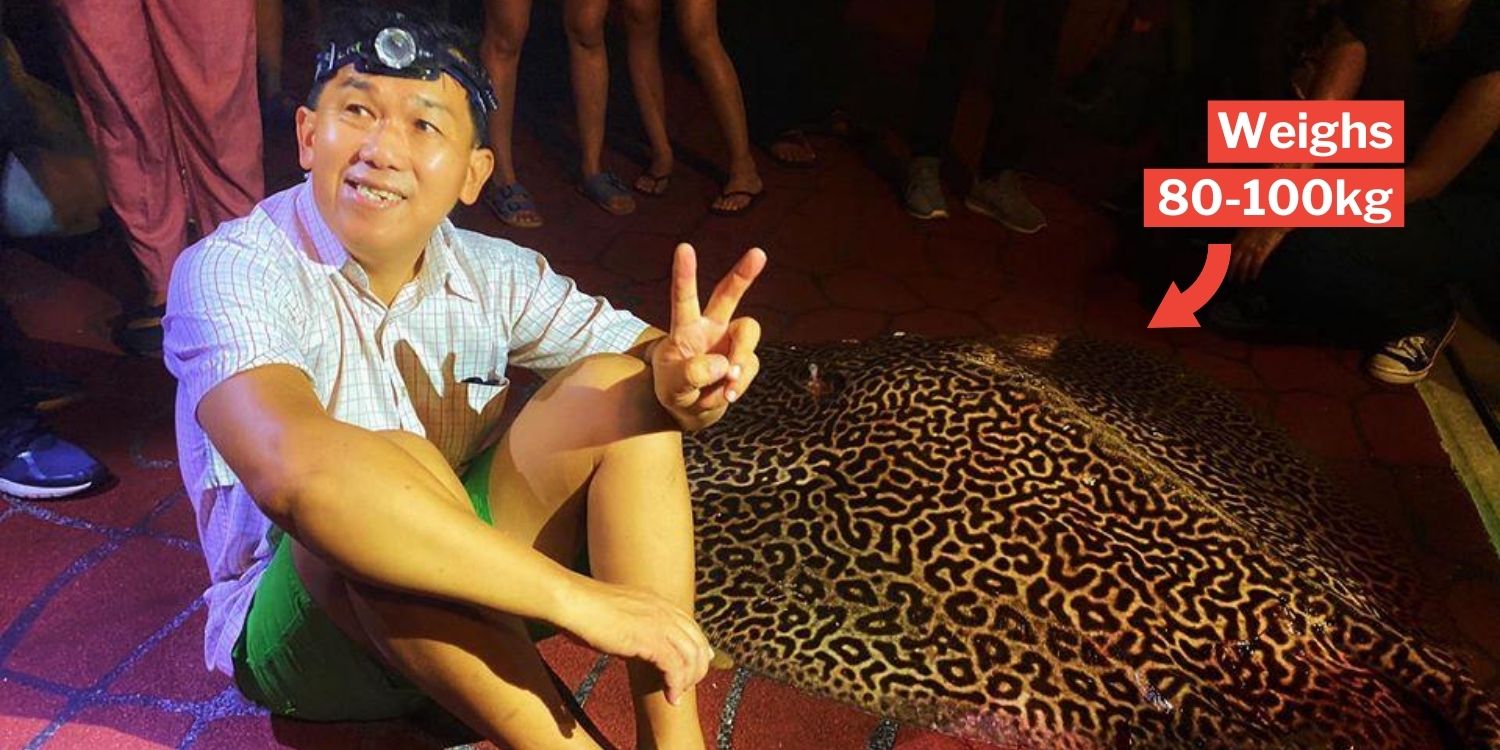 As we looked forward to the long weekend on Thursday (30 Jul) night, Singaporeans went out shopping, eating and maybe even catching a movie, happy to enjoy the first “real” public holiday since Phase 2 started.

One man, however, went fishing, and netted a huge haul – a massive stingray that was so heavy, 8 men were needed to pull it up. 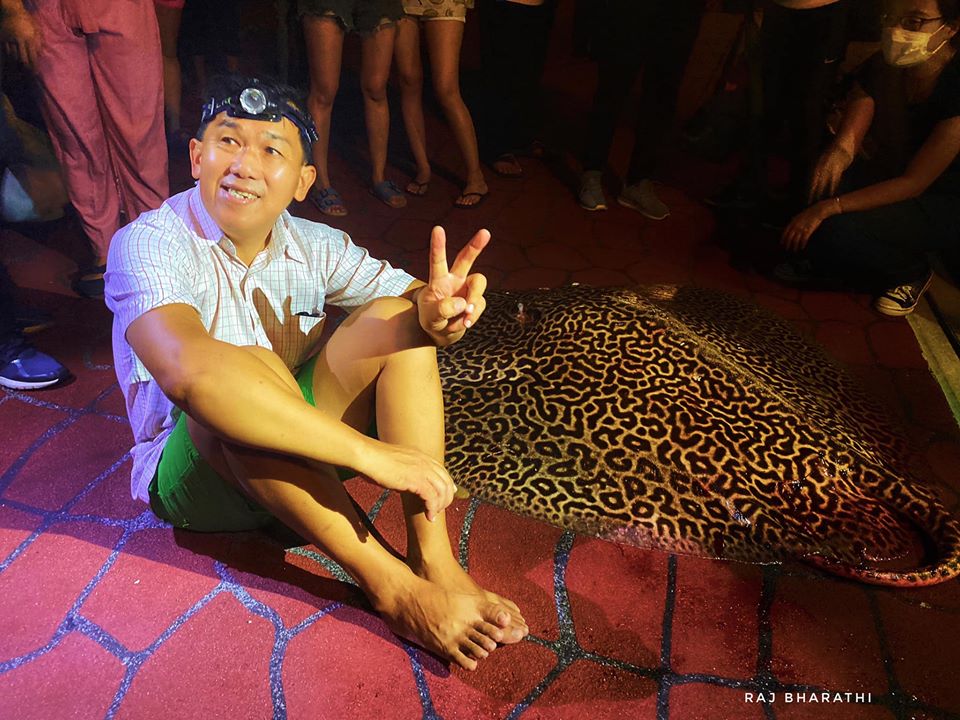 At least that’s what netizen Raj Bharathi said as he posted photos of the huge haul on Facebook late on Thursday (30 Jul).

Apparently, the uncle pictured in the photo is an avid angler, and snagged the honeycomb stingray at Bedok Jetty at about 10pm on Thursday night. 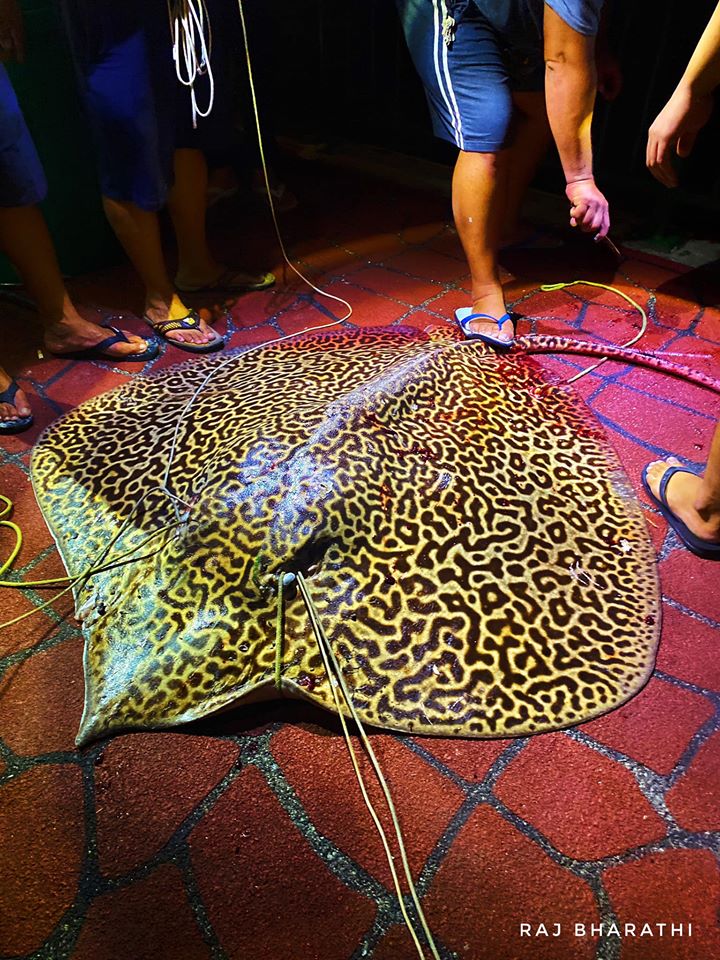 Calling it “record-level”, the netizen estimated the weight of the creature to be from 80kg to 100kg.

The massive weight needed 8 strong men to pull it up, he said.

Here’s a video of the men pulling it up:

The uncle who caught the stingray is a Singaporean veteran angler by name of Alo, it has emerged.

He also calls himself the “Bedok Jetty expert” and “surffishing enthusiast”, and says he’s been fishing regularly since the 1980s.

He even has a Facebook page and website called Shoreangler, where he shares stories and photos of his angling adventures.

In a video posted by the netizen, Alo can be seen directing people to his website.

From his website, we can see that Alo seems to be quite knowledgeable on the waters around Bedok Jetty. 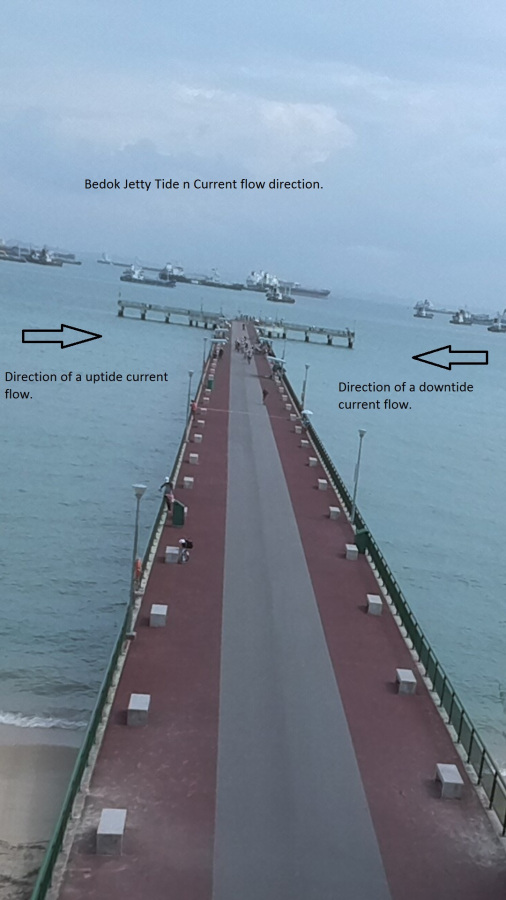 Judging from the fish he’s caught over the years, he’s been quite successful at the jetty so far.

A stingray feast coming up

Considering how big that stingray is, it can probably feed a family of 4 for a few days.

Looks like Alo and his friends and family are going to have Hari Raya feast!