Spoke Mandarin & Hokkien without any hiccups.

Though Singapore is a multi-racial country, not everyone may have the ability to speak multiple languages fluently.

Recently, however, an Indian man caught the attention of social media users for his Mandarin and Hokkien proficiency while selling mops. A video of the sales pitch has since gone viral on Facebook.

In the video, an Indian man in a red shirt seems to be demonstrating a ‘magical’ mop and how it differs from conventional ones. 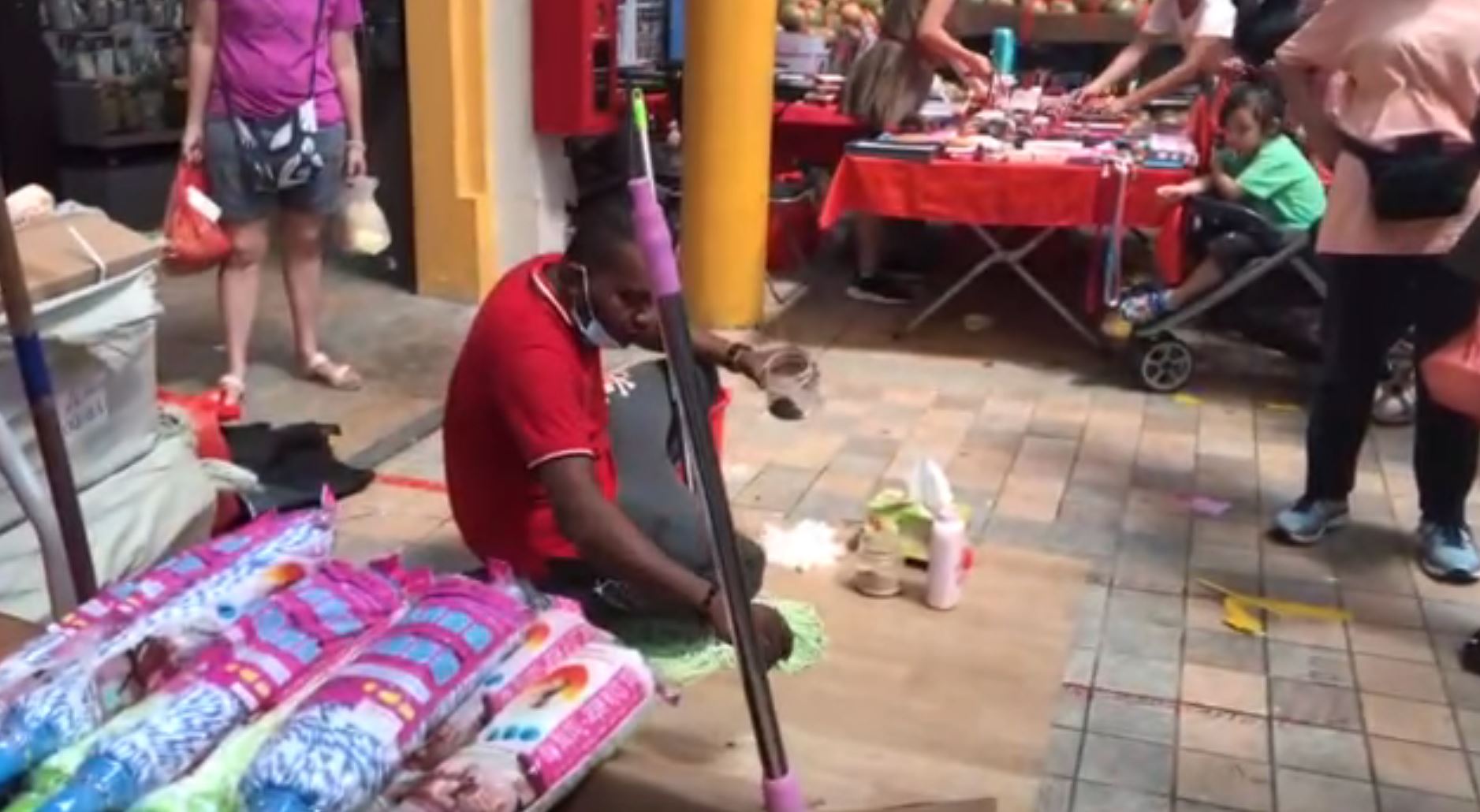 One feature that he showcases repeatedly is the mop’s ability to ‘open’ like a “flower”. 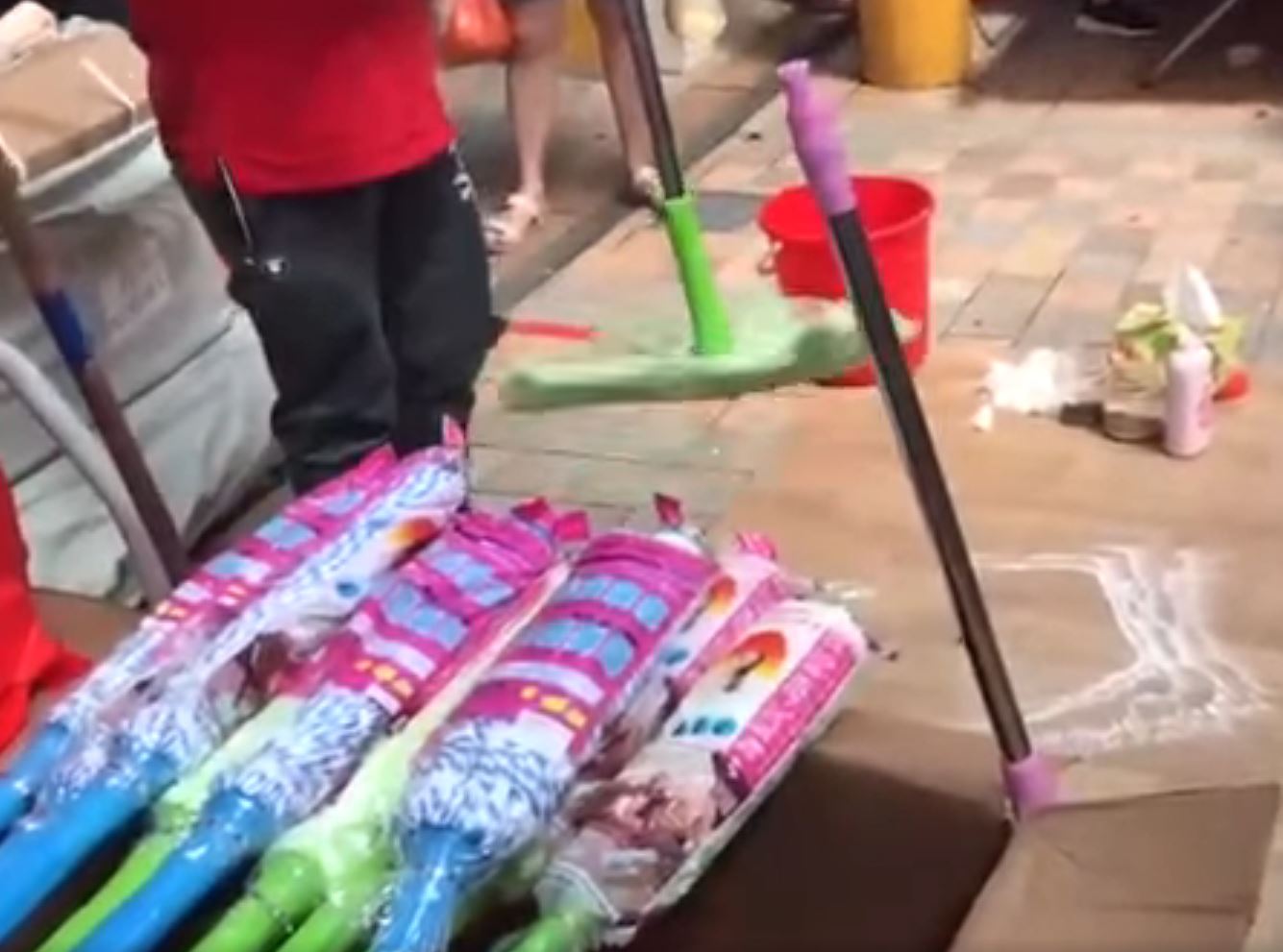 Dragging it lightly on the floor, he points out how the mop picks up both particles and moisture, acting as both a broom and cloth. 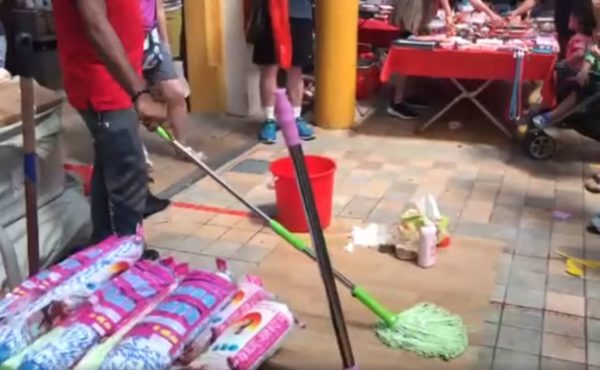 Cleaning the mop is also pretty straightforward, with users only having to rinse it repeatedly in water. 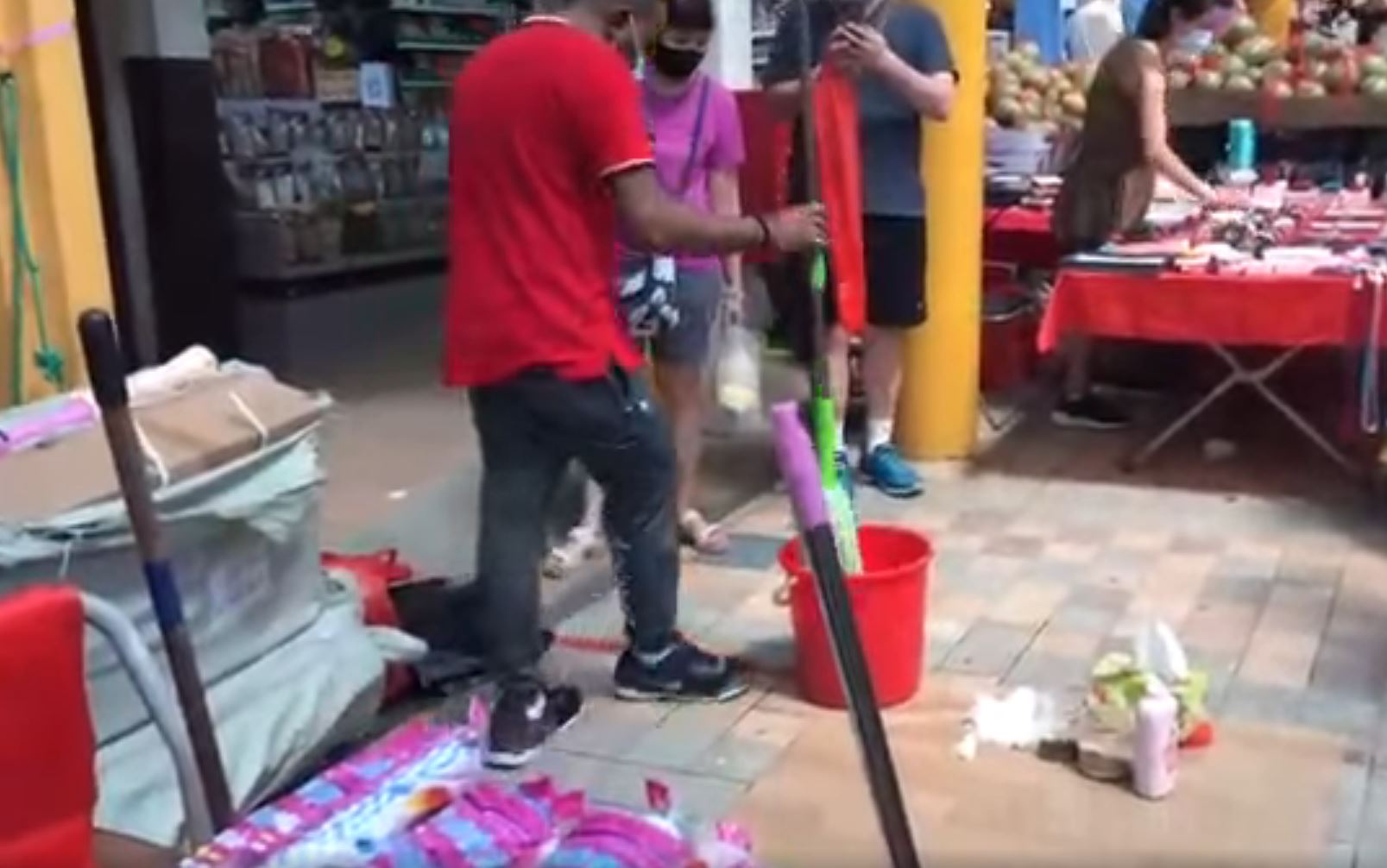 Though the exact location of the video wasn’t disclosed, the surroundings resemble heartland shopping areas in Singapore.

Despite the mop’s ‘magical’ properties, what netizens found more fascinating was the salesperson’s mastery of Mandarin and Hokkien.

Throughout the 4.5-minute video, the man speaks exclusively in the 2 languages with no hiccups at all.

His engaging and lively approach seems to have captivated members of the audience as well. One of them even approached the man to purchase the mop even before the sales pitch ended.

At one point, the man tells customers that it has been 50 years since we used conventional mops. He adds that Indians didn’t know how to speak Mandarin then, and since that has changed, we should change our mops too.

Netizens blown away by his mastery of Mandarin & Hokkien

As you can probably expect, netizens were amazed by the man’s Mandarin and Hokkien proficiency.

His catchphrase of “opening it like a flower” certainly caught on well.

Translation: I want to buy so I can open it like a flower
Source

One Facebook user even said he should be engaged to promote the use of Mandarin and dialects in Singapore.

Another netizen claimed he saw him selling mops at Bedok, but others shared that they’ve also seen him in other parts of the island too.

Hope this inspires people to learn other languages

Like everyone else, we too were blown away by the man’s ability to speak so fluently in multiple languages.

Besides using it to dazzle the crowd during his sales pitches, we’re sure the man’s multilingualism comes in handy when communicating with individuals of other ethnicities.

Hopefully, this inspires more Singaporeans to pick up multiple languages and learn more about other cultures while they’re at it.