It’s that time of the year when you post your old iPhones on “Carouhell” and question if it’s worth the OT to get that hyped up new iPhone.

And true to its style of forcing technology change every year, Apple has removed both the Touch ID and the lightning-to-3.5mm adaptor from its latest phones. Why, Apple, why.

But new tech aside, it’s clear that Apple is pushing consumers to buy the iPhone Xr. Combining a big screen with premium features, it’s no secret that the phone is the star of the 3.

And I’m falling for it.

So this time around, Apple has upped its game by providing better upgrades.

The biggest change is undoubtedly the iPhone Xr’s bigger screen–at 6.1”, it’s bigger than the iPhone 8 Plus’ 5.5”.

And the iPhone Xr gives us premium for less. High-end features include front and back cameras capable of capturing depth-of-field photographs.

The Xr’s battery life is also longer–its 25 hours of talk time is 1.5 hours longer than the 8 Plus’.

To make it even sweeter for customers, the iPhone Xr offers more customisation:

The price proves it too

Apple has always been smart about its pricing and it was no different this year. The 64GB iPhone Xr retails at $1,229–but pay $250 more and you can get the 256GB version.

Internet response to the iPhone’s price plans have been swift and harsh. 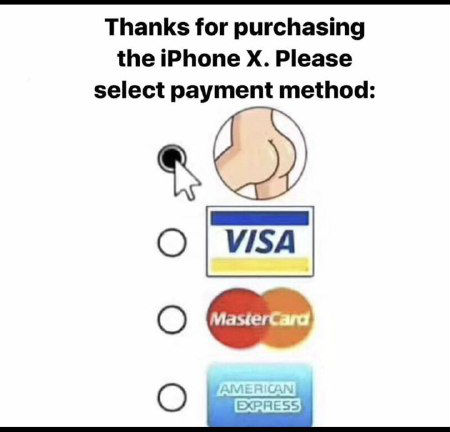 I may laugh–and secretly agree–with these hilarious memes but at the end of the day, I have three words for Apple:

Why I’m buying it

As a loyal fan who has supported Apple since the first iPhone, I have mixed feelings about Apple’s moves this year.

In some ways, it feels as if the tech giant is trying to make up for its disappointing year in 2017. Like many, I didn’t buy into the hype of iPhone X and iPhone 8, choosing to stick to my iPhone 7 instead.

So Apple’s latest ploy is obvious: win over long-term fans like me with the Xr.

I’m happy that they tried to lower prices but I think–and I’m sure many will agree–that prices can afford to be even lower. That’s because so many features like the Touch ID have been removed.

But now that my iPhone 7 is 2 years old, I know it’s time for a change. I might be dragging my feet about it, but I don’t feel like I have much of a choice but to buy the iPhone Xr.

It’s more expensive than my previous phone and specs-wise, it’s not that impressive. But the Apple god (aka Tim Cook) is telling me to buy it, so I guess it’s time to break the bank and do it.

Just know that I’m not happy about it.