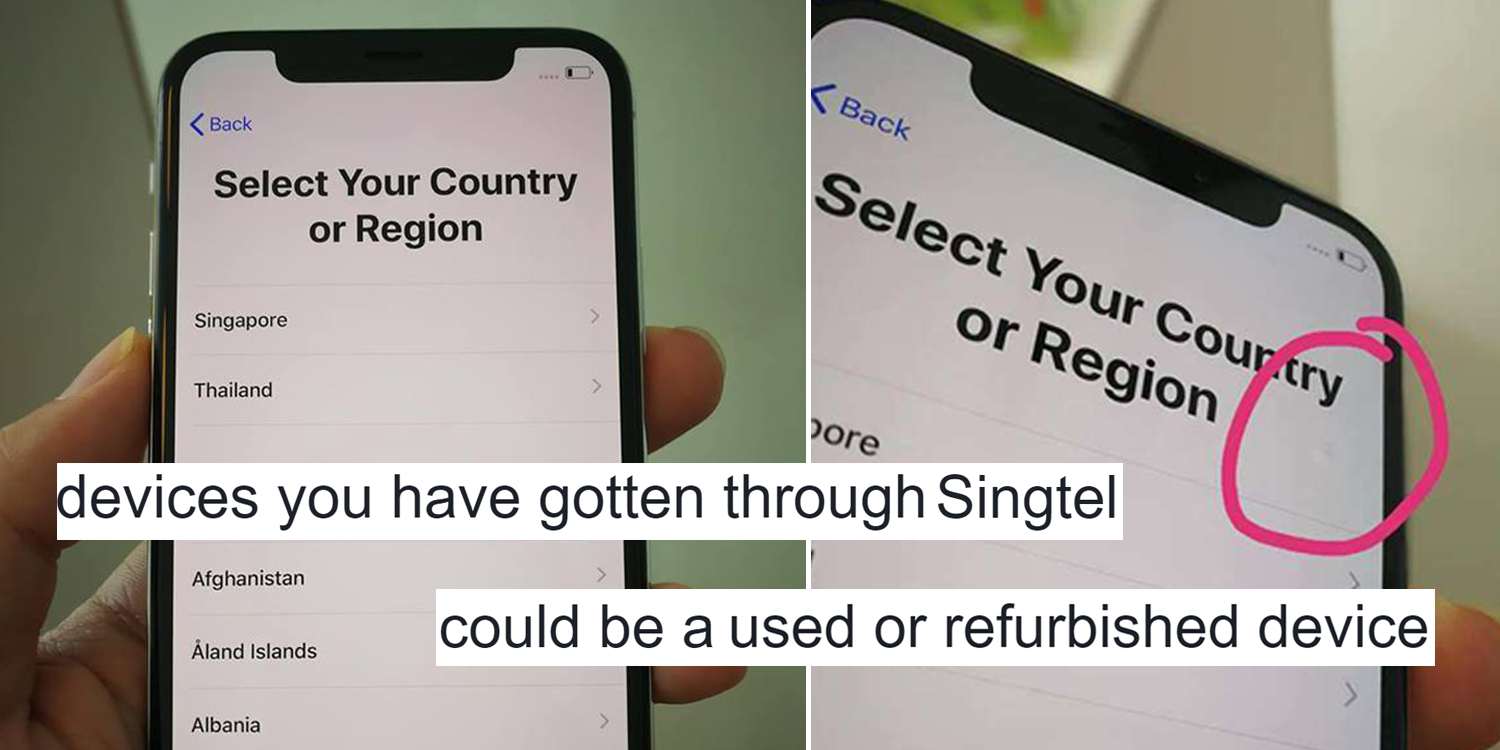 Receiving a new phone can be one of the most satisfying feelings in the world. After all, it means saying goodbye to your old and laggy phone.

But how would you feel if you discovered that your highly anticipated phone was in fact used and damaged?

Well, that was the predicament one netizen found himself in.

He took to Facebook on Sunday (26 Aug) to share his experience. Mr Lok also demanded for a resolution from the companies involved.

You can check it out in full here: 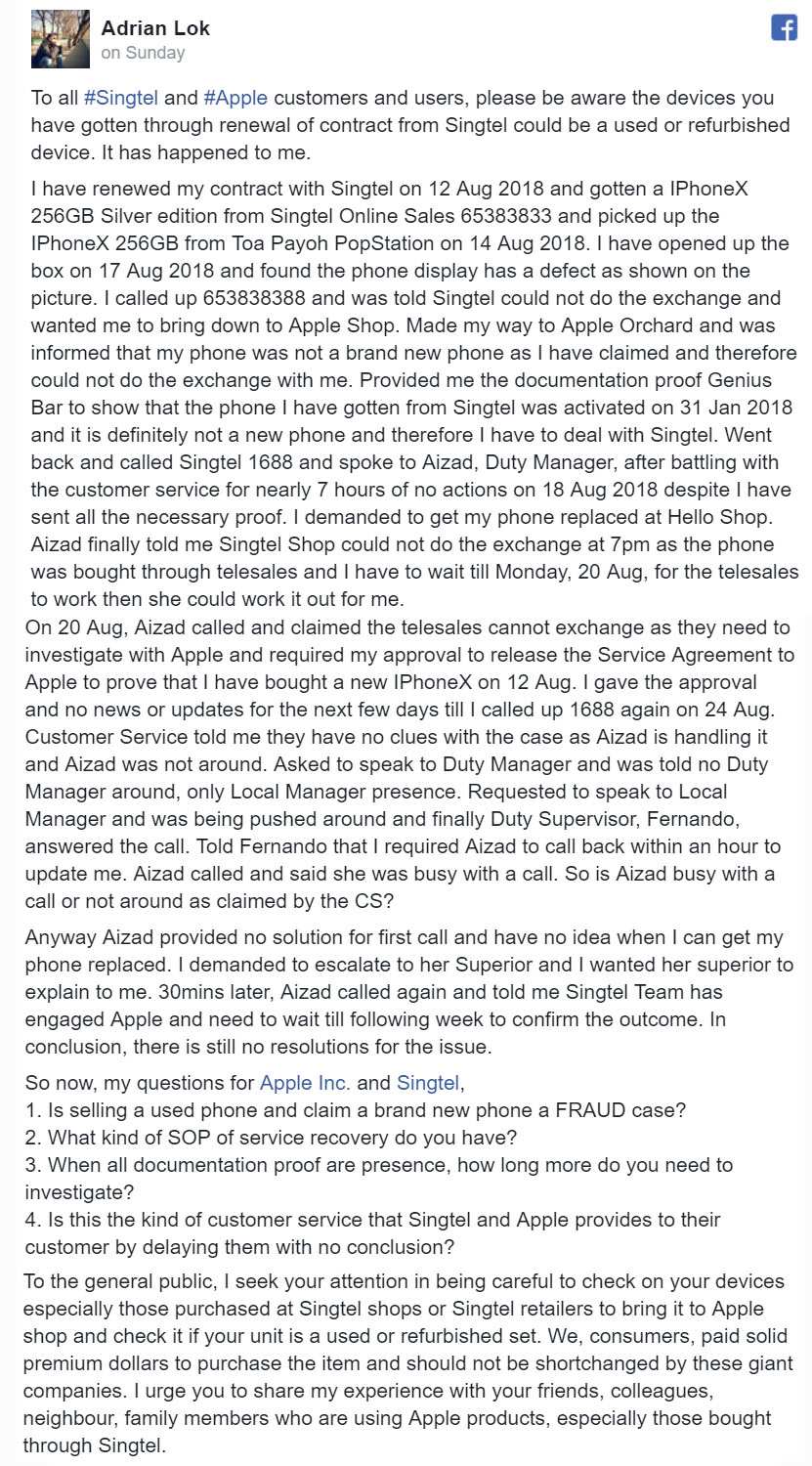 According to the netizen’s account, he recently renewed his contract with Singtel.

He also purchased a brand new iPhone X through Singtel’s online sales department, as part of the deal.

The phone was sent to a Toa Payoh POPStation on 14 Aug and was unboxed after 3 days. To the netizen’s horror, he found that there was a screen defect on his supposedly new phone.

You can spot the bubble-like defect on the screen in this picture: 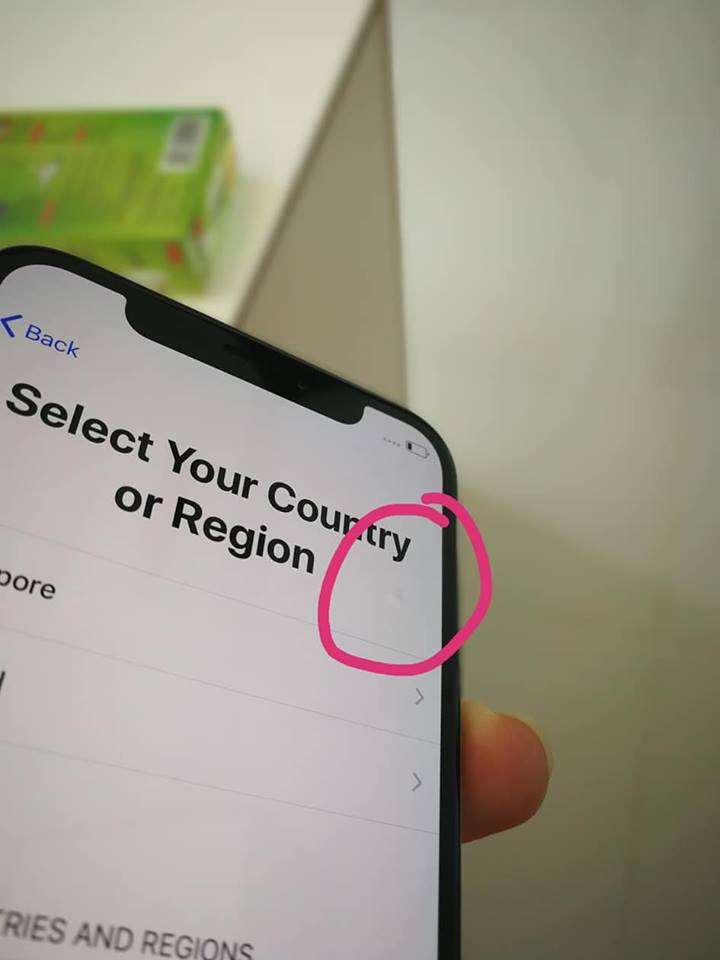 Not a new phone

The netizen notified Singtel about the matter, but was referred to Apple since they could not exchange it for him.

After a trip down to the Orchard Apple store, he found that his supposedly new phone was in fact — used.

Staff at the Genius Bar revealed that the iPhone was activated on 31 Jan 2018, more than half a year before the netizen’s transaction with Singtel. As such, Apple was not liable to perform an exchange.

The quality isn’t great, but you can roughly make out the date of purchase in this invoice. The netizen was told to approach Singtel regarding the matter, after getting turned down by Apple.

However, even after a week’s worth of back and forth with Singtel’s customer service officers, no resolution appears to be in sight.

Singtel has stated that they’ve reached out to Apple but they can only provide a resolution later this week.

There have been no further updates from the netizen at the time of writing.

Be careful when shopping online

Perhaps this situation could have been avoided if the phone was collected at a physical store where he could verify the phone’s condition.

But only one thing’s for sure — we should be extremely cautious when purchasing big-ticket items online.

Even if the brands involved are trusted ones, we should do our due diligence to check for refund policies.