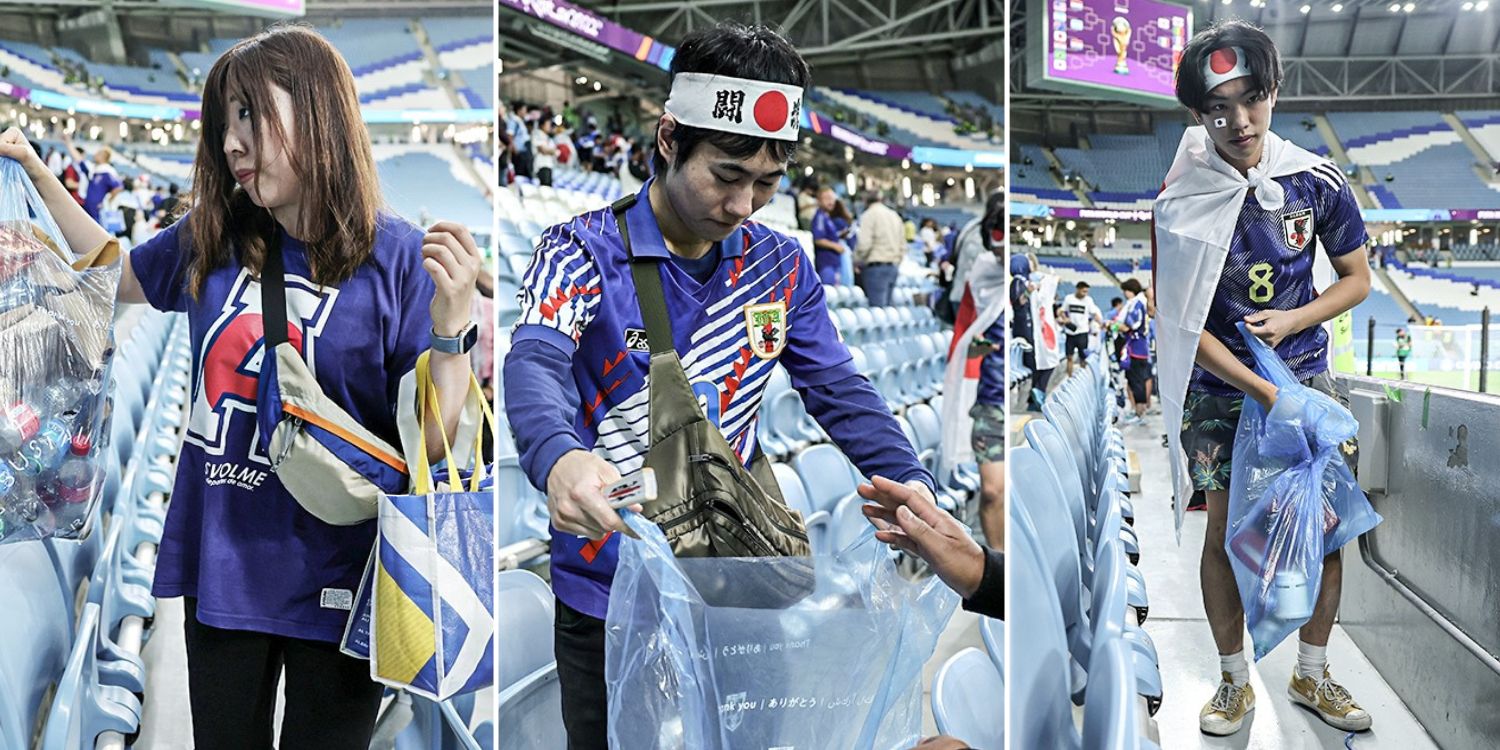 Inevitably, there can only be one winner of every World Cup. To reach that conclusion, most fan-favourite teams will end up getting eliminated from the tournament.

Unfortunately, Japan, a team that captured the imagination of football fans worldwide, made their World Cup exit last night (5 Dec) following their loss to Croatia in the Round of 16.

Despite the loss, the Japanese fans once again showed exemplary civic-minded behaviour by cleaning the stadium up, despite frowns and tears in their eyes.

After Japan made its World Cup bow last night, photos and videos of the Japanese fans cleaning the stadium surfaced online, showing the world why they’re some of the best sporting fans.

In this video, fans with huge plastic bags comb over the rows of chairs, picking up any trash they see.

They did so while other fans looked longingly at the empty pitch as the Japanese World Cup dreams were dashed.

Here’s a picture of four fans, each with a blue plastic bag full of trash, while clad in Japanese get-ups. 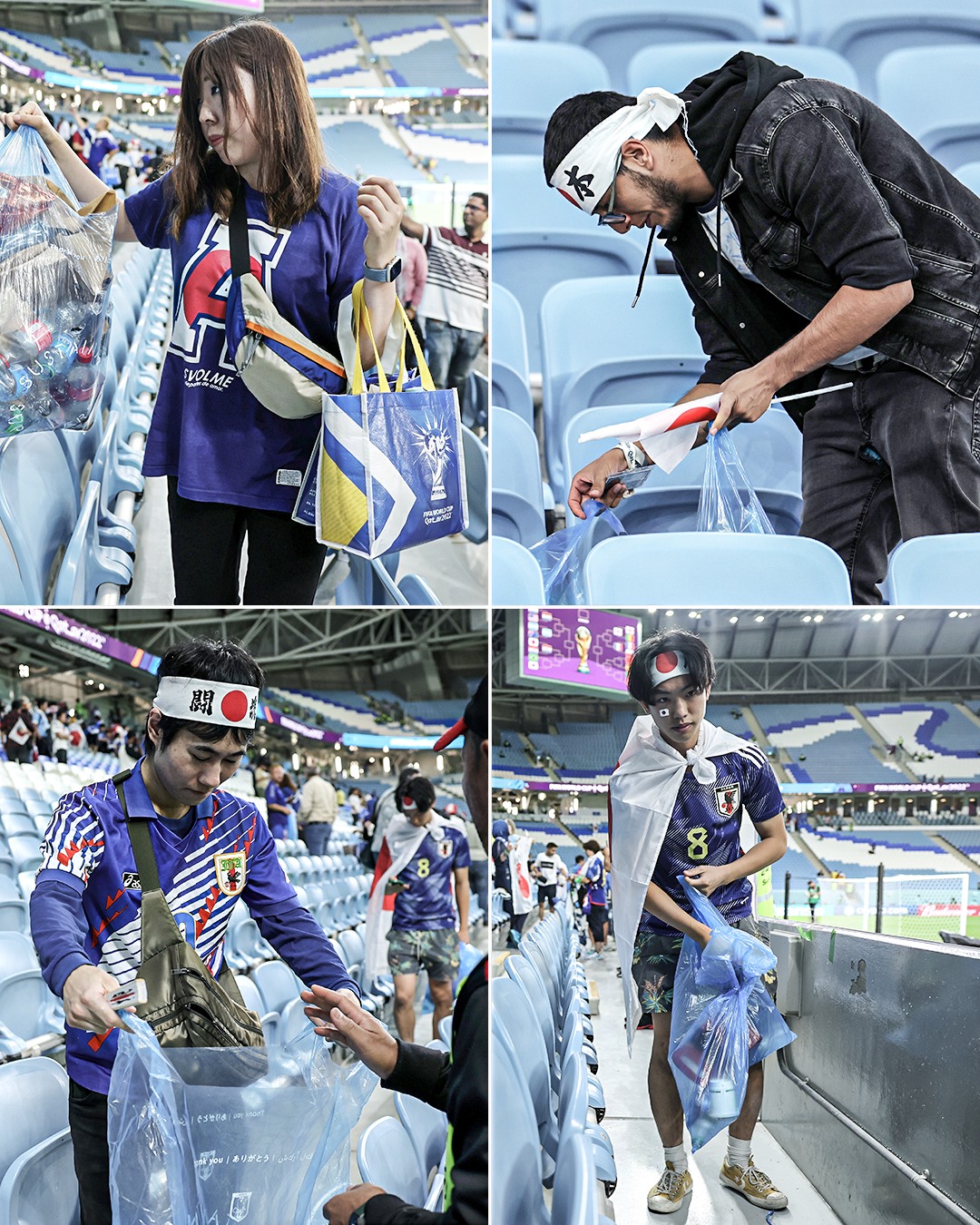 No one can blame them for their long faces, as each of them looked dispirited despite their fantastic run this year.

In an interview with The New York Times, Japanese Coach Hajime Moriyasu says that this practice was a “normal thing for Japanese people to do”.

Elaborating, he said, “When you leave a place, you have to leave it cleaner than it was before.”

The New Yorker details this cultural phenomenon of cleanliness, even citing its practice in the 1800s.

For sports fans, separating reason from passion is a near-impossible task.

However, these fans were able to put the disappointing result behind them quickly and clean up as they always do.

With Japan now out of the World Cup, we’ll certainly miss these fans for their all-around conduct during the tournament.