The inside of the hearse is inlaid with branded crystals.

We don’t often think about it, but our bond with our loved ones, especially our parents, is stronger than we think.

In fact, if possible, most of us want a chance to repay our parents for their hard work in bringing us up.

This is probably why Mr Luo Jin De – name transliterated from Chinese – a 51-year-old mobile phone retailer from Batu Pahat, Johor, decided to send his late mother off in a crystal hearse. 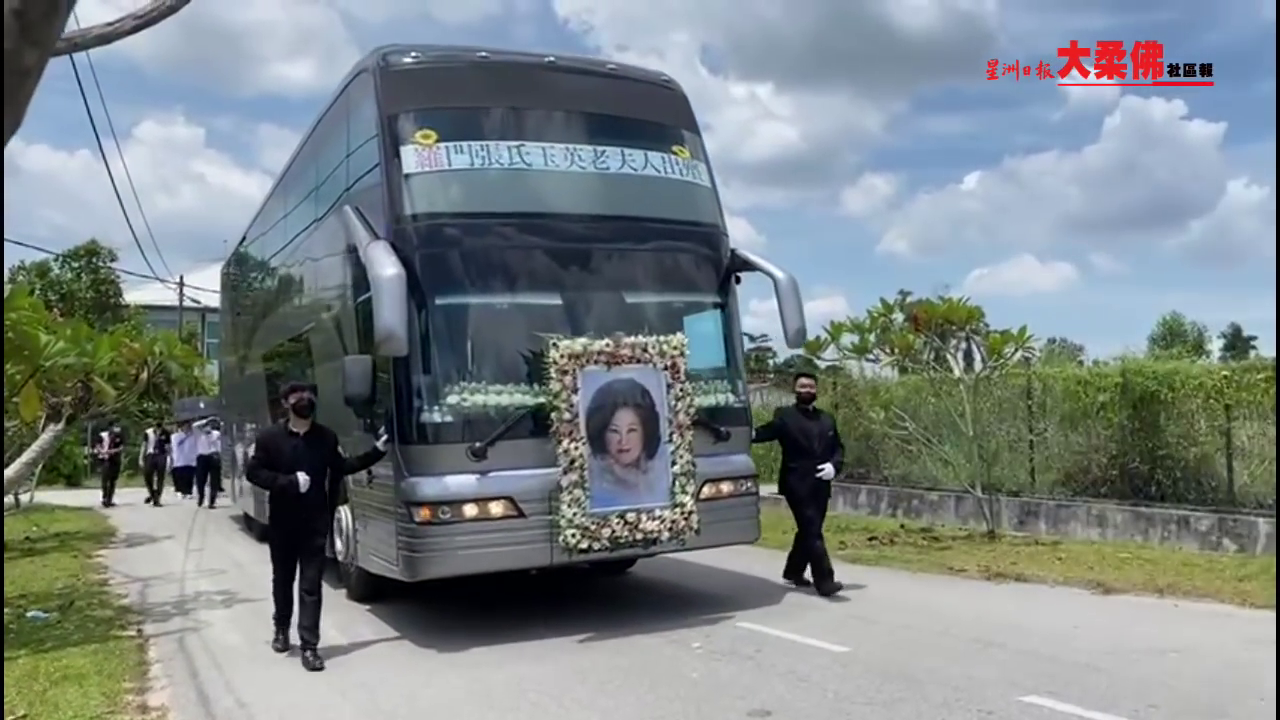 The crystal hearse, reportedly the first of its kind to be seen in Batu Pahat, drew a crowd of curious onlookers on 8 Apr.

According to 8world News, Mr Luo said his mother had toiled for her family all her life, so as her son, he wanted to do his due diligence by giving her a grand funeral for the last time.

He added that his mother loved merriment and cheer when she was alive.

Hence, when she passed on after a bout of illness on 2 Apr at the age of 79, he arranged a grand sendoff for her in a double-storey crystal hearse.

He had chanced upon reports of such crystal hearses before, so he thought of using the luxurious hearse for his mother’s funeral.

His siblings were in favour of the idea. Mr Luo then contacted the funeral company and successfully rented the crystal hearse.

According to life etiquette officer Chen Hui Wen – name transliterated from Chinese – such requests in Malaysia don’t come by frequently. In fact, the crystal hearse is a first in Batu Pahat.

The hearse is actually a modified double-decker bus measuring 12 metres in length and 4.2 meters in height.

Its interior comprises two storeys, replete with walls inlaid with branded crystals that have been well-known for hundreds of years. However, the hearse does not have the 9 VIP seats within.

After the coffin has been placed at the back of the lower level, it can be raised to the upper level, quite literally demonstrating the Chinese saying “升官发财”, which can be loosely translated as “getting a promotion to get rich”. Mr Luo told Sin Chew Daily that he only has one mother and that this was the last thing he could do for her. He added that although filial piety cannot be measured in monetary terms, he hopes his mother can have a grand yet peaceful sendoff.

Thoughtful & filial gesture for a loved one

While it must be painful for Mr Luo to part with his mother, he and his siblings showed their love, respect and appreciation for their mother by sending her off in the best hearse they could rent.

Surely nothing else is a more fitting tribute to a life well-lived.

May the late Mrs Luo rest in peace.