Suffering a miscarriage is not only emotionally traumatising, it can also make subsequent attempts at conceiving more difficult.

26-year-old Sarifah from Johor, for example, found childbearing difficult after a miscarriage in 2019.

However, knowing that her husband wishes for more children, she suggests him to marry their babysitter Nur Elyana as his second wife.

Videos of the amicable trio at Nur Elyana’s wedding on 18 Mar have since gone viral on TikTok, garnering over 866,000 views.

According to Malaysian news site SAYS, Sarifah shares a 7-year-old son with Saiful, her 34-year-old husband.

However, she always knew that he had hidden his desire for more children following her miscarriage.

Wanting to fulfill his wishes, Sarifah suggested that he takes their 18-year-old babysitter Nur Elyana in as a second wife.

Elyana has worked for the family as a sitter for 4 years.

According to SAYS, Elyana was surprised upon hearing Sarifah’s request, as she treated Saiful as a brother and employer.

However, for Sarifah, the decision came naturally as she considers Elyana to be her “own sister”. 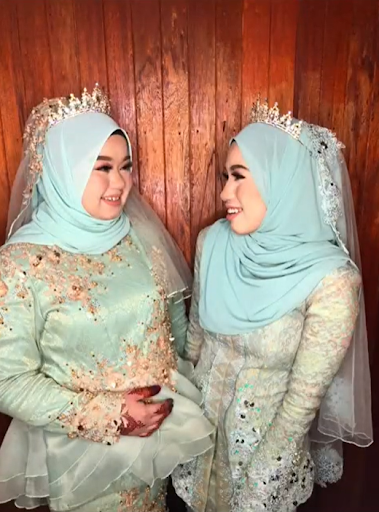 Having lived under the same roof for 4 years, Elyana always accompanied Sarifah and her son when their husband wasn’t home.

As such, Sarifah was happy to witness the union.

Apparently, Elyana has also received blessings from her family regarding the marriage.

She also accepts being a second wife as her fate, and sees no problem in adjusting to the unique lifestyle.

Wishing them a blissful marriage

Even though such arrangements may not be as common in this day and age, we respect wishes of the trio involved.

As long as they’re happy with the arrangement, they have our blessing.