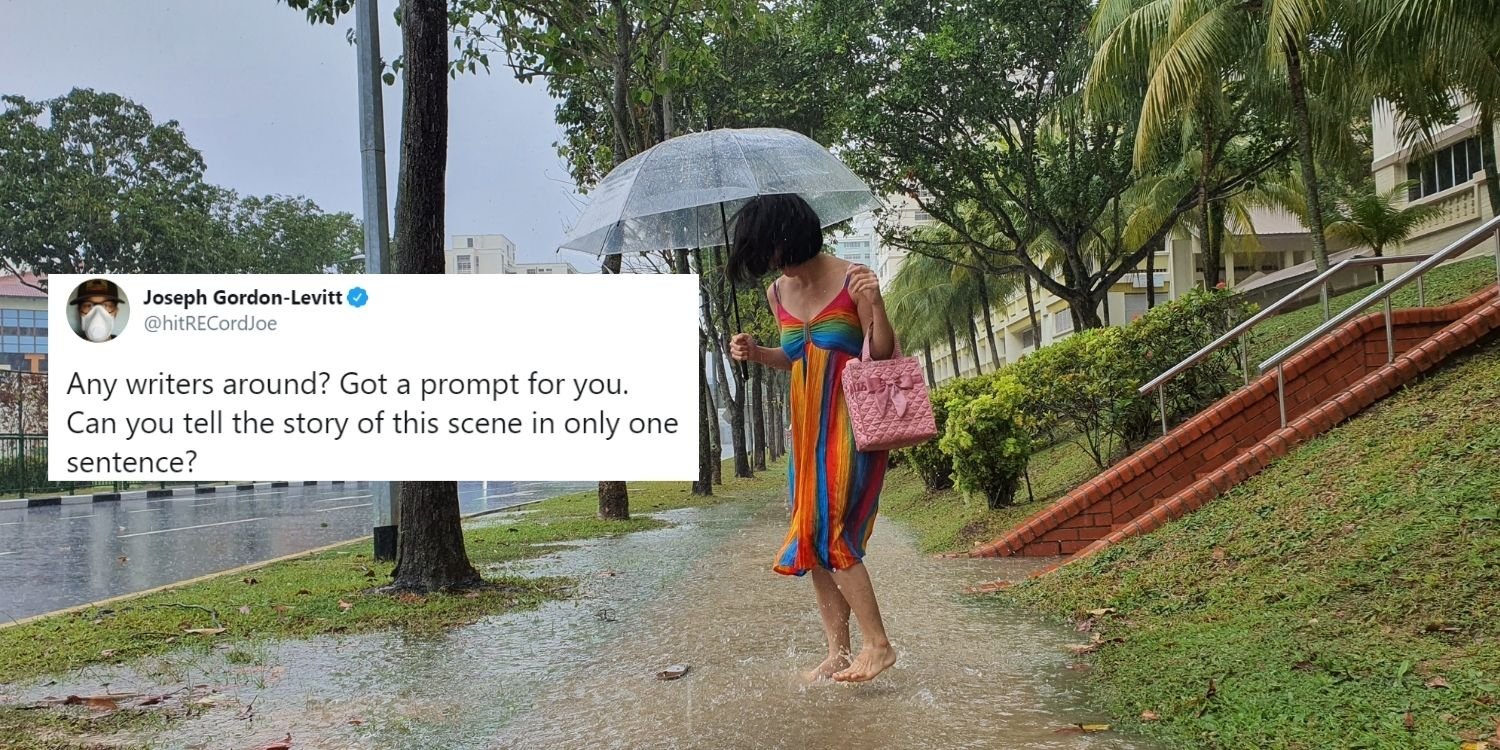 Joseph Gordon-Levitt Shares Photo Of A Rainy Day In Singapore

Joseph Gordon-Levitt – famed for his roles in 500 Days of Summer and Inception – has gotten Singaporeans talking recently. He shared a photo of a lady in the rain on Twitter, asking for writing prompts. But what caught our attention was the backdrop, and how the street looks extremely similar to our everyday lives. That’s right, the photo of the lady standing barefooted in the rain, was taken in Singapore. In Pasir Ris, to be more specific.

From photography, to music, videos, and creative writing, his social media is consistently filled with posts like these, prompting artists and writers to get their creative juices flowing.

Calm down, he’s not filming in Singapore. But rather, he’s simply looking for a line of dialogue, or narration, to accompany this scene from a fictional film called Playing in the Rain.

The comments section, at first glance, looks to be filled with dialogues and narration from ang mohs.

But if you dig a little deeper, you’ll know Singaporeans have a lot to say about this particular scene. And true enough, they don’t disappoint.

We’re sure the others did a good job concocting poetic sentences to capture the mood, but it’s Singapore, and it’s not Singapore without Singlish.

Another case in point, this time peppered with heavier Singlish.

Someone even brought back the iconic Drop Like Grapes remix.

Cheers to Singlish narratives for a Singapore scene

We can’t help but wonder if Mr Gordon-Levitt is aware that he shared a photo of Singapore, but it surely made the day of local fans here. Hopefully, some of these brilliant comments catch his eye.

You can view the full thread here.

Which one is your favourite? What would you write to describe this scene? Let us know in the comments below.