Social media was abuzz today (15 Dec) with news of ex-Mediacorp actor Joshua Ang announcing his divorce on Facebook, saying, “This calls for a cake!” 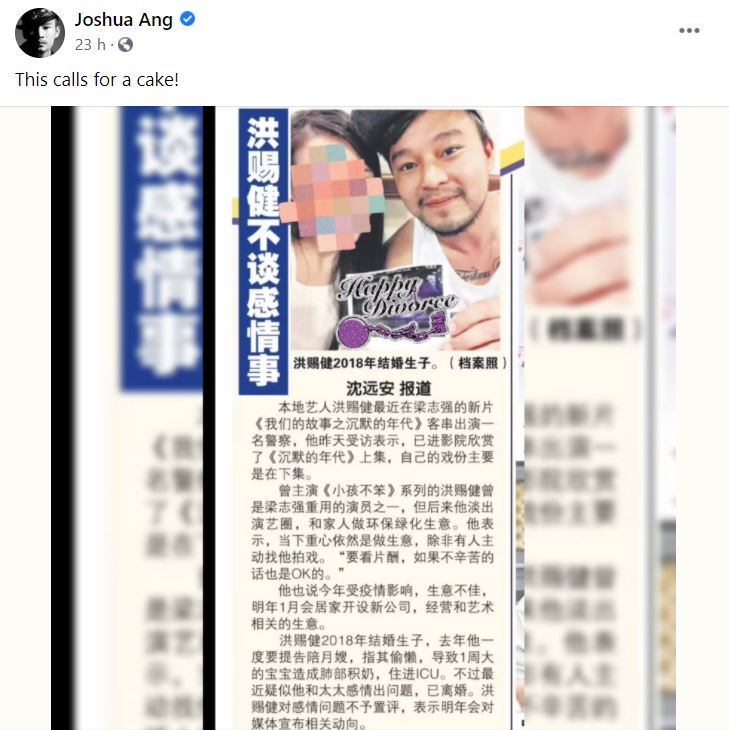 He had made the announcement last night (14 Dec).

Today, ex-wife Shannon Low has shared her side of the story, revealing disturbing accounts of the perils she allegedly suffered during the marriage. We summarise the episode below.

According to 8World News, Joshua Ang started his announcement with a famous quote from Oscar Wilde, “Divorces are made in heaven”.

Asking fans not to sympathise with him, he said it was “good news” and reportedly even wanted to celebrate with champagne and cake.

He also uploaded a photo with his ex-wife’s face pixelated, and the caption “Happy Divorce” edited over it.

The reason behind the divorce was not stated. But 8World News reports that he has removed all photos of his missus and related posts from social media. All that’s left are photos of himself and his son. She uploaded a series of Instagram stories from around 7pm, starting with one of her and their son Jed.

As long as we’re both living better, nothing else matters. All I want for you is to be safe and have peace growing up.

Alleging that her ex-husband had been “abusive”, she decided that Jed had suffered enough and would do everything to protect him.

The multiple stories that followed after contained comments from people claiming personal eyewitness accounts of Ang’s actions towards his family — like this one.

Other accusations Low made towards Ang included:

Low also claimed that her neighbours bore the brunt of his antics, from allegedly having their gate superglued shut, getting things thrown at them, and hearing unkind words about their lives.

We won’t be posting all her stories, but you may visit her Instagram if you wish to find out more.

He tied the knot with his then-girlfriend Shannon Low in 2018. The couple welcomed a baby son, whom they named Jedaiah Leonhart, the same year. 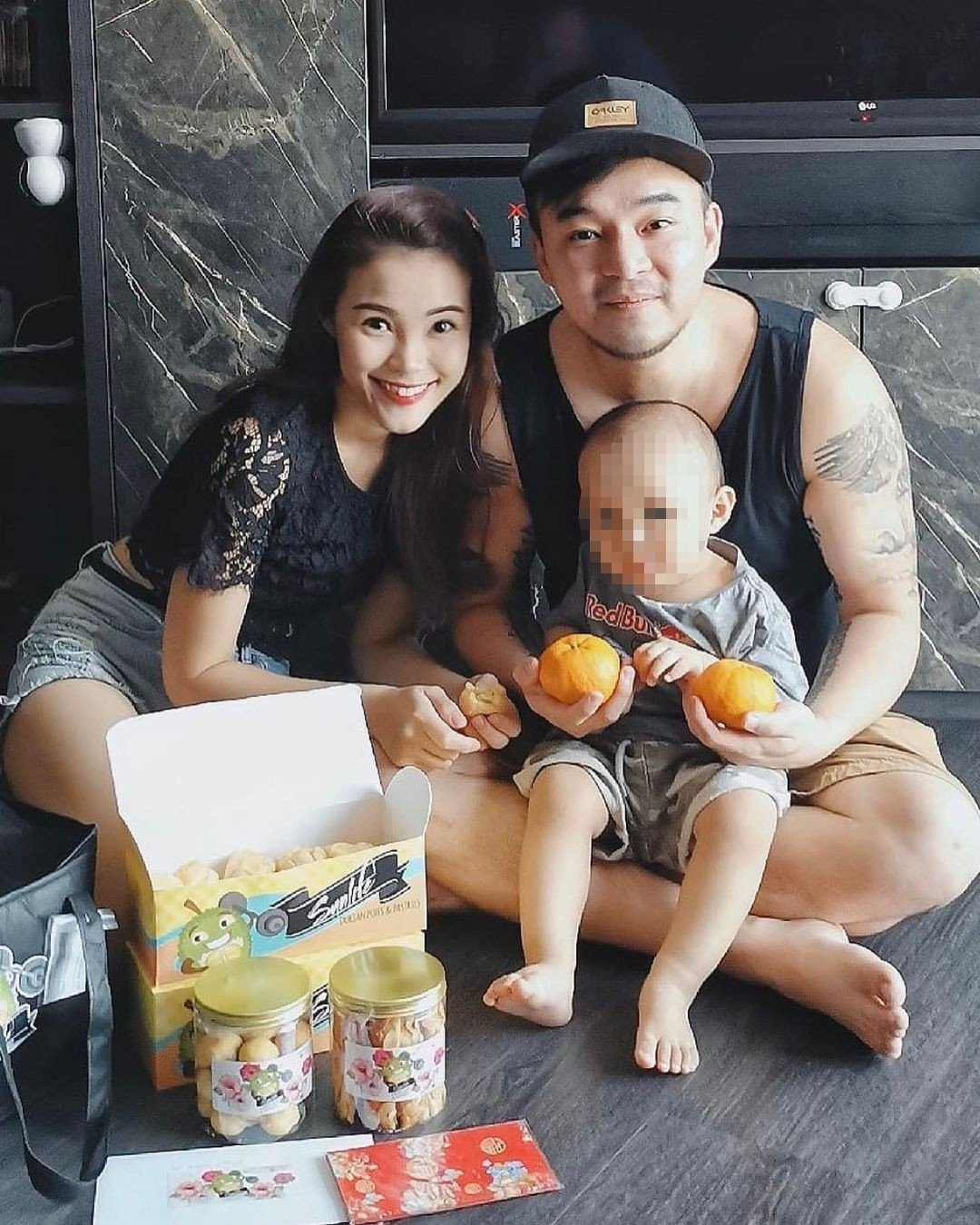 He often shows his son off on social media, and how he was affectionate towards both him and his ex-wife.

The couple made the news briefly last year, when they reportedly ran into a host of troubles with their confinement nanny.

Hope they can resolve issues amicably

Despite Ms Low’s claims, let’s withhold our judgements until we’ve found out Ang’s side of the story. MS News has reached out to Ang for comments, and will update the article accordingly.

We hope that the family will be able to resolve whatever issues they may have amicably, for the sake of their young child.