With the December monsoon season in full swing, Singapore was predicted to have shiok weather, with temperatures going as low as 22°c. However, the rain has also caused some trouble, especially for the residents of Jurong East and Choa Chu Kang.

Both areas were reportedly flooded on Monday at around 3.20pm as a result of intense downpours. Thankfully, the flash floods subsided after around 25 minutes, according to the National Environment Agency (NEA).

Due to the heavy rain, residents at Jurong East Street 32 and Choa Chu Kang Ave 1 experienced flash floods, according to PUB.

In a video uploaded on Facebook, two men can be seen stranded at a bus stop in Choa Chu Kang. 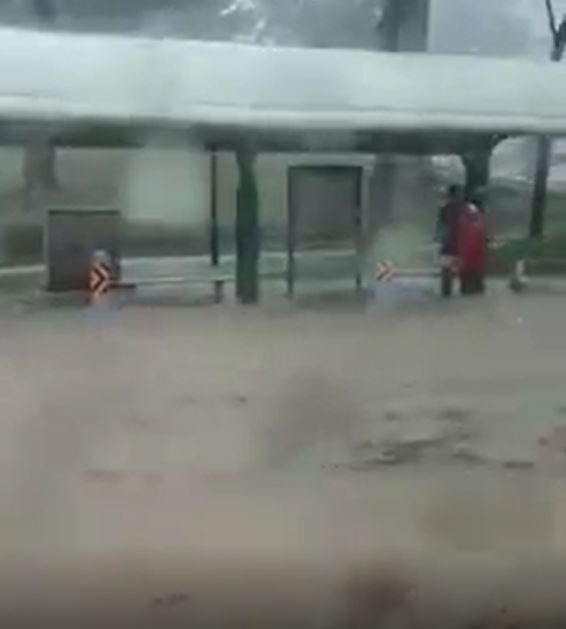 One of them decided to make the best out of the situation and whipped out his phone, presumably to take a selfie. Perhaps he was ‘on his way’ to meet his friends and had to take a selfie to prove it.

Earlier at 11.52am on Monday, NEA warned that there would be “thundery showers over many areas in the afternoon”.

Officers from PUB were “immediately deployed” to both areas to investigate and help. Thankfully, the flash floods in both areas subsided in about 25 minutes, according to PUB.

Traffic was at one point “not possible” at both locations due to the severe floods.

As we are in the midst of the first week of December, PUB urges the public to avoid stepping or driving into flooded areas.

PUB added that Singapore can “expect a monsoon surge lasting from two to four days, with periods of moderate to heavy showers”.

For any updates, you can listen to radio broadcasts and check PUB’s Facebook or Twitter pages for any news on potential floods.