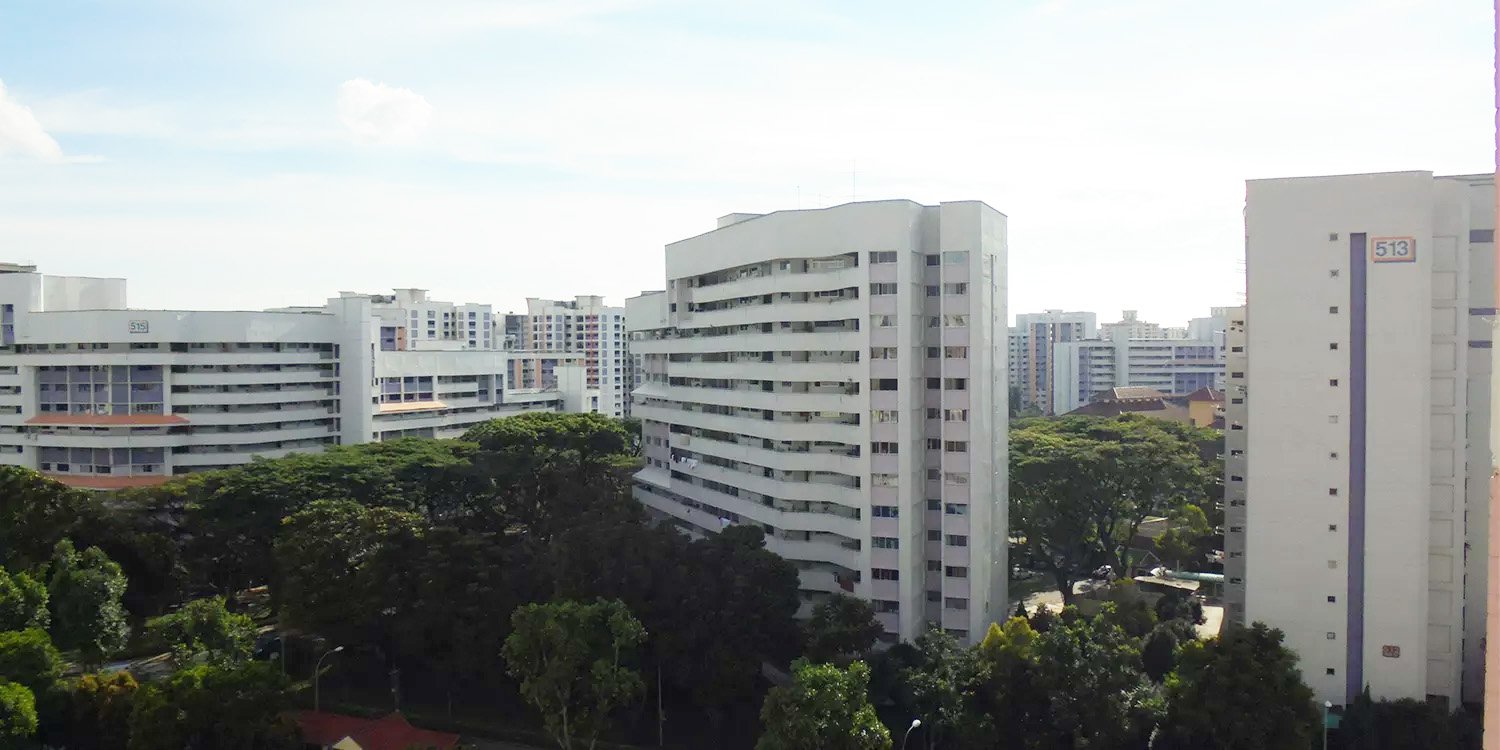 For someone moving overseas to work, there will certainly be some housing rules that they’re unfamiliar with.

But a tenant who rented a room from a Jurong West landlord found out that his terms for stay were not just unfamiliar but also downright odd. 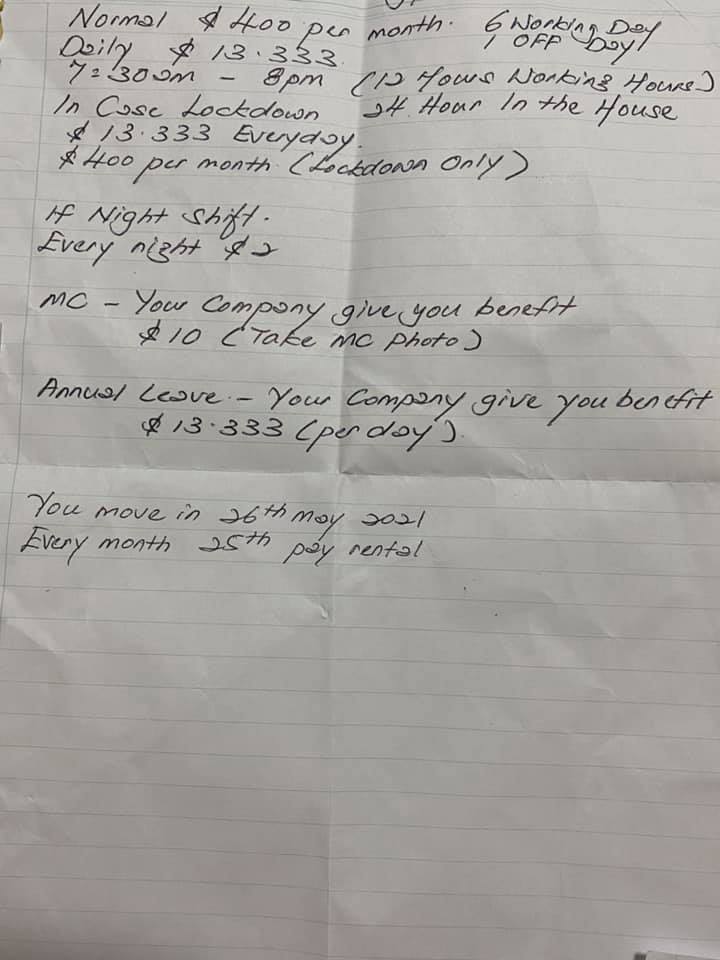 According to the man’s Facebook post, his landlord stated that he has to pay an additional charge if he stays in the house longer than stipulated in his work hours.

The man explained in Mandarin that he’d agreed with the landlord to rent the room at Jurong West for $400 a month through the phone.

But it wasn’t until he’d paid a deposit and a month’s rent that he found out about several additional charges from the landlord.

Under the apparent agreement, the man works for 6 days and has 1 off day.

He is required to leave the home before 7.30am and return no earlier than 8pm. Staying at home for longer than that is subject to additional fees.

If there’s a lockdown in Singapore, he’ll have to pay another $400 as he’ll be in the house for 24 hours a day.

If the man works the night shift, he has to pay an additional $2 per night.

Meanwhile, annual leave is chargeable at $13.333 for each day.

If those charges weren’t enough, there are apparently other hidden parts to the rent that weren’t stated prior to signing the contract.

The man posted a text conversation with what appears to be the landlord.

In it, he asked if he could get a refund for days that he doesn’t stay in the room, but the request was rejected. 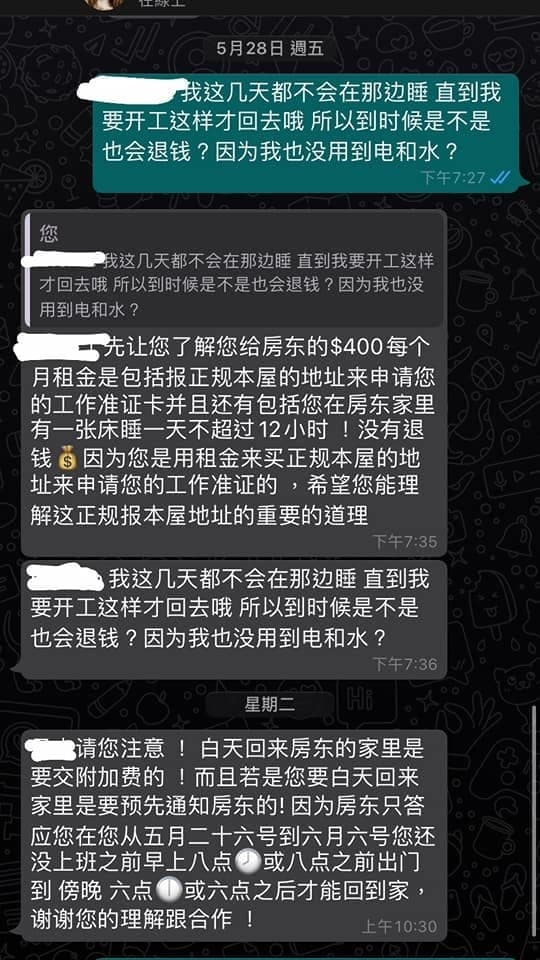 The person replied explaining that part of the $400 rent is for the right to be able to use the address for a work permit application.

Therefore, the man will not be eligible for a refund even though he won’t be staying there for a few days.

Additionally, staying in the flat during the daytime is subject to additional costs as the agreement is that the tenant must leave the house before 8am and return after 6pm from 26 May to 6 Jun.

The man alleged that the landlord threatened to sue him for compensation on the day he moved out, on the basis that he hadn’t lived there for 6 months.

He said in a reply to a comment that he moved out in less than 5 days, having to forfeit $800 as a result.

Under HDB terms, a rental has to be for at least 6 months although it’s unclear as to whether such a contract can be voided.

He also says he’s waiting on the police as he’d made a report.

MS News has reached out to HDB for more information.

The terms of the ‘contract’ definitely appear out of the ordinary, to put it nicely.

It’s unfortunate that the tenant met such a landlord upon coming to Singapore.

To charge additional fees for even MC and leave days feels needlessly calculative. We hope that the tenant manages to settle the issue amicably.