A day before a KAWS exhibition was to open to the public on Sunday (14 Nov), the organisers received a court order to stop KAWS:HOLIDAY from opening.

However, the plaintiff, The Ryan Foundation (TRF), has alleged that the orginasers, AllRightsReserved (ARR), breached this court order and went ahead with a private preview on Saturday (13 Nov).

As a result, TRF has filed a contempt of court application against various organisers.

The exhibition is currently temporarily closed.

The Straits Times (ST) reported on Sunday that TRF had filed a contempt of court application against the following:

According to TRF, ARR had disregarded an earlier court order to halt the exhibition on Saturday.

Instead, it allegedly carried on with a private preview for invited guests from 4.30pm to 7.30pm.

As part of the court order, the organisers were to stop the KAWS:HOLIDAY exhibition, as well as the sale and distribution of “relevant merchandise”. 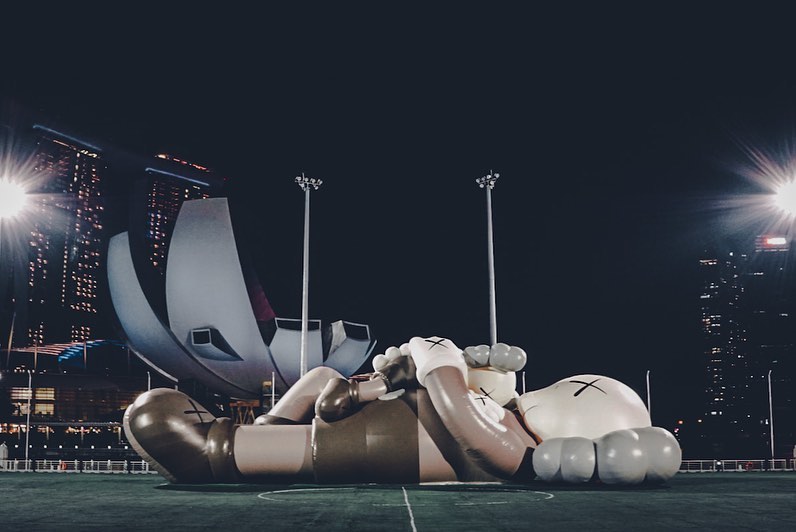 Advertising and publicity are also prohibited, as stipulated in the interim court injunction.

However, the organisers have called the accusations baseless.

TRF said it had served the court order on a representative of ARR at 4.20pm on Saturday.

KAWS, or Brian Donnelly, isn’t a part of the suit. Singapore Tourism Board, which is supporting the event, said it is aware of the legal proceedings.

KAWS:HOLIDAY exhibition was to run between 13-21 Nov

The KAWS:HOLIDAY exhibition was to run between 13-21 Nov before the court order arrived.

The large inflatable remains there for now while the exhibition remains closed.

For fans of KAWS’ Companion, the hope will be that the issues get sorted out so the exhibition may occur.

Since allegations are before the courts, any further developments are likely to take place there.