Meet Kevin Kwan. Walking down the street, he might not stand out much. But wait till you realise that he’s the author behind the wildly popular Crazy Rich Asians series.

This week, attention turned to his NS commitments, after news emerged that the 44-year-old had defaulted and skipped enlistment.

As the controversy brews, here are 8 facts to know about Kevin Kwan:

Kevin Kwan was born in Singapore in 1974 and spent his first 10 years here.

His engineer father and pianist mother moved the family to the United States when he was just 11 — apparently to escape the scrutiny of Singapore society.

Kevin Kwan might claim that he’s “no crazy rich Asian” but his childhood suggests otherwise. Like Nick Young, the main protagonist of the series, Kwan was also born into a wealthy family.

In fact, the Crazy Rich Asian series he authored was based on his very own family.

Egan Oh, his paternal grandmother, was the daughter of a founder of OCBC, one of Singapore’s oldest banks. 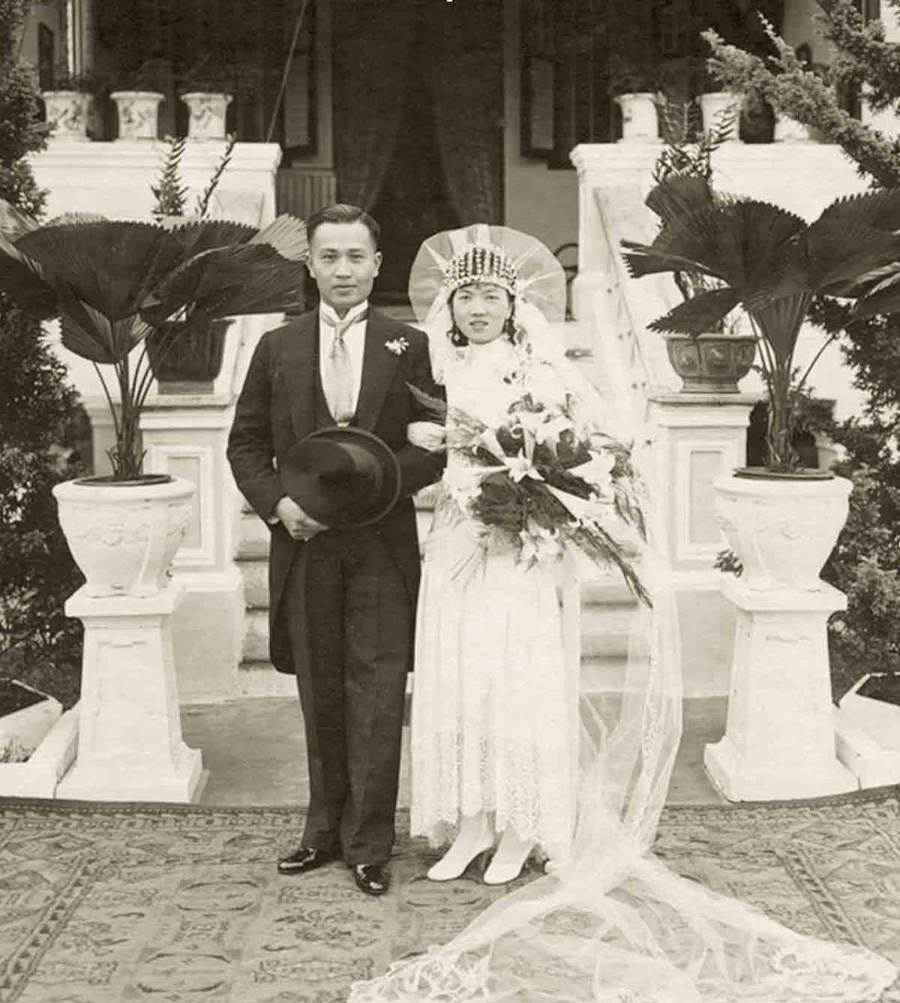 Egan Oh and her husband Arthur Kwan on their wedding day.
Source

Kwan’s paternal grandfather was Singapore’s first Western-trained ophthalmologist. He provided free healthcare for the poor and was knighted for his philanthropic efforts by Queen Elizabeth II.

Given this wealthy background, it’s no surprise that the younger Kwan grew up in Bukit Timah and studied at Anglo-Chinese School (Primary).

3. He hung around crazy rich folk

The young Kwan had plenty of exposure with the rich and famous in Singapore. In one interview, he recalls a family friend’s house and their 15 exotic cars, including vintage sports cars and Rolls Royces.

And in another, Kwan speaks about fashionable people he knew in the ’70s:

I know people who were in the 70s wearing couture, Lanvin, and cutting-edge designers, way before the fashionista movement happened in the West

4. Wanted in Singapore for defaulting NS

On Wednesday (22 Aug) the Ministry of Defence (MINDEF) confirmed that Kwan had defaulted his National Service (NS) obligations. He had failed to register for NS in 1990, despite letters being sent to his overseas address.

Kevin Kwan’s 1994 application to renounce his Singaporean citizenship and subsequent appeal were both rejected.

Under the Enlistment Act, Kwan is liable to a fine of $10,000 and/or a prison sentence of up to 3 years, if convicted.

That was probably why he was notably missing from the red carpet premiere of Crazy Rich Asians on Tuesday.

Have a brief scroll through Kevin’s Instagram feed and you will be convinced that Kevin is a foodie, just like many fellow Singaporeans.

Here’s a picture of him at an exquisite tea house in Vancouver.

Kevin probably misses Singaporean food the most, given his alleged self-imposed exile.

It was also revealed in a 2017 interview that he enjoys wanton mee and goes hunting for a good version of the dish when comes back to Singapore.

You read right: in that same interview, Kwan said that he had been back to Singapore, just not very often.

Look at the location hashtag closely.

He also shared that Newton Hawker Centre – which was featured in the movie – is his favourite place for local food.

Kevin Kwan is the perfect example of an Asian overachiever. At the University of Houston, he majored in media studies and creative writing. He then went on to get a second degree in photography and visual communications from the Parsons School of Design.

7. Worked as a creative consultant

Before turning to writing, Kevin Kwan worked as a creative consultant at his own consulting firm.

During his time as a consultant, he worked with prestigious clients such as New York Times, Ted.com and the Museum of Modern Art.

Kevin even played a role in publishing the book that paid tribute to The Oprah Winfrey Show, and was also involved with another book featuring Elizabeth Taylor.

8. Father’s passing gave him the inspiration to write

In 2009, Kevin Kwan’s father was diagnosed with cancer. The younger Kwan took 18 months off his job to care for his father, Samuel Kwan.

During drives to his father’s treatment, Kevin Kwan reminisced about the past, as well as family and friends back in Singapore. The elder Kwan passed away in 2010, after a long-fought battle with cancer. To get over the passing of his father, Kevin Kwan took to writing. He found the process therapeutic and he published his first book, Crazy Rich Asians, in 2013.

All that reminiscing probably inspired the hugly-successful book.

Crazy Rich Asians is officially crazy successful, topping the American box office in its opening week. Given that it was set in Singapore, we expect it’ll be doing the same here.

BRB, heading to the movies.