KFC Will Be Giving Away Limited Edition Sneakers, Contest Runs From 19-28 Apr 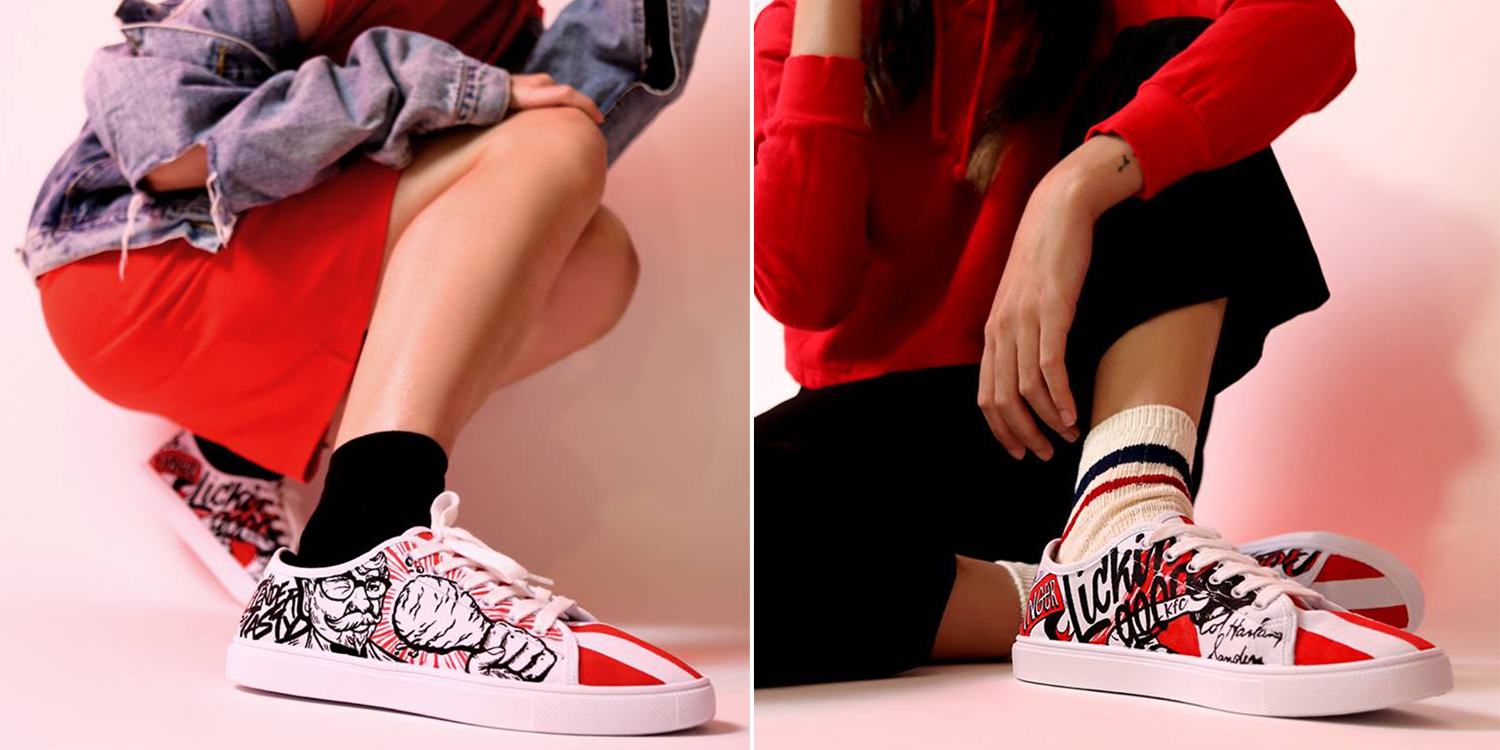 8 Pairs Of KFC Limited Edition Sneakers To Be Given Away

Update (15 Apr): KFC has clarified that the shoes are NOT for sale. Instead, they will be giving them away as part of a contest. Only 8 (custom-sized) pairs are up for grabs.

To take part in the contest, you have to:

Do all these between 19 to 28 Apr and you’ll stand a chance to rock those exclusive sneakers.

When McDonald’s released their limited edition McGriddles Hoodie, fans got more excited than a primary school class at the prospect of PE.

Perhaps seeing the enthusiasm a simple food-themed merchandise can muster, KFC decided to join the ranks. Not with a hoodie, but with a snazzy pair of red & white Sanders-starring sneakers. 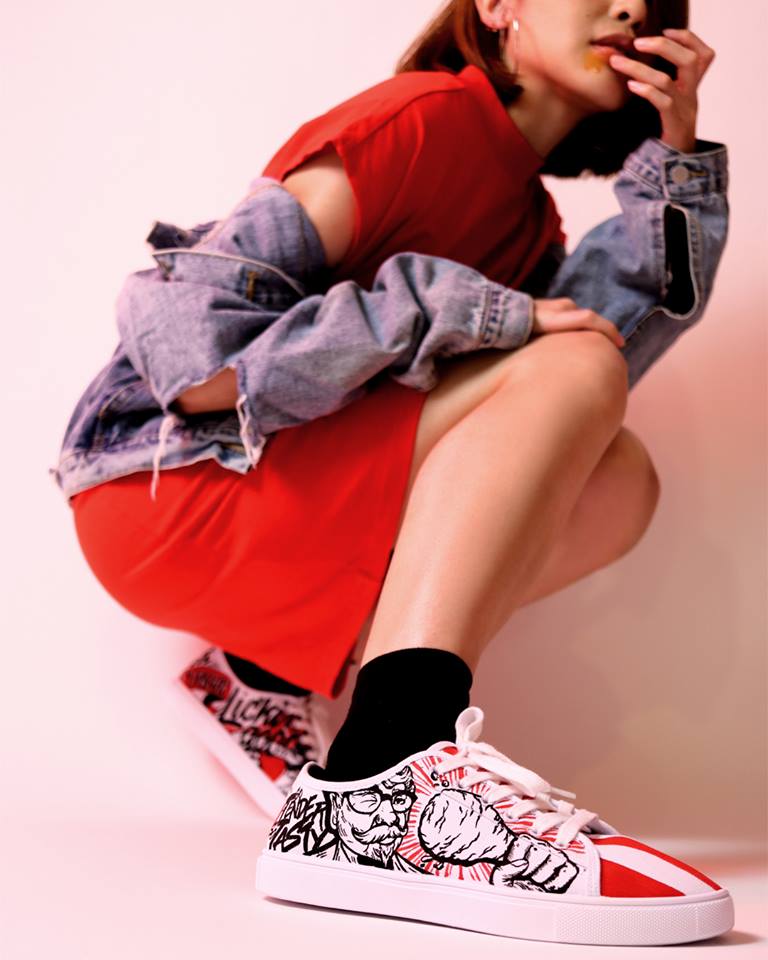 On the outward-facing side of the sneakers is the legendary fried chicken founder, Colonel Harland David Sanders himself. And in his hand, no dish more appropriate than a signature spiced drumstick.

The inward-facing side features scribblings of the brand’s timeless 1956 slogan — Finger Lickin’ Good. 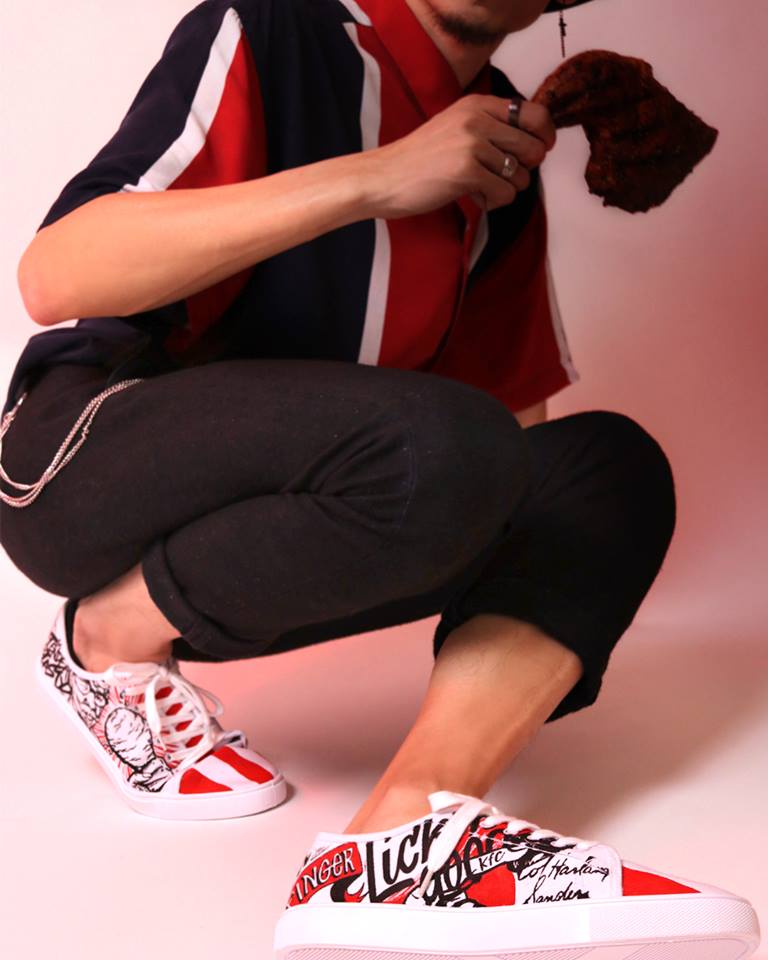 Here’s a fun fact — the slogan originated from a reply a TV show host gave to an audience member.

The member had complained disgustedly that during the intermission, one of the host was “licking his fingers” after eating some fried chicken. The other host then replied, “Well, it’s finger lickin’ good.” And it stuck.

So keep a lookout for instructions on how to get them. We’re assuming that like the McGriddles hoodie, these sneakers are going to be snapped up faster than Avengers: Endgame opening day tickets.

Anyway, here’s one more picture of the sneakers just to get you a little stoked. 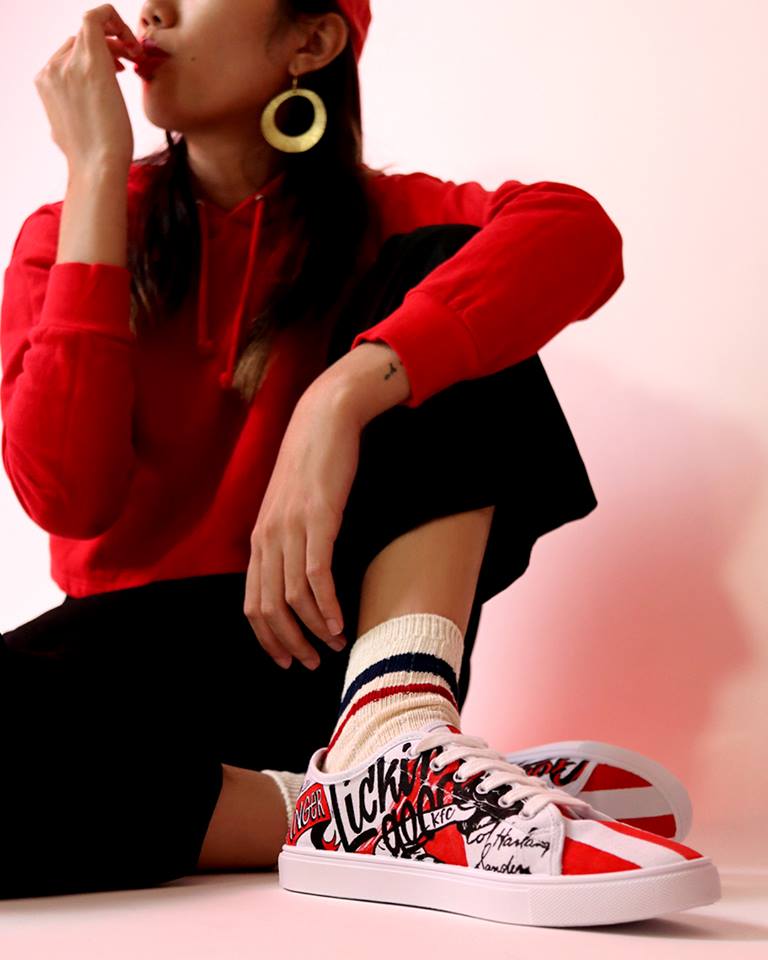