YouTube’s music section is a proliferating network of hits and misses. With an infinite number of Bieber wannabes emerging onto YouTube every day, it’s almost impossible to stand out.

But once in a while, a gem outshines the rest.

Benjamin Kheng and Kurt Hugo Schneider‘s collaboration cover of Fight Song is a perfect example of this gem.

Even on their own, Kurt and Ben already shine pretty damn bright.

At last count, Kurt Schneider has over 4 million subscribers on his YouTube channel, which consists largely of with pop song covers. The American also works with other YouTube musicians (Sam Tsui and Megan Nicole, just to name two), directing music videos and producing songs for these names too.

As for Ben, everyone knows he’s “1/4 of The Sam Willows”. Most fan girls might just prefer to call him ‘The One’ though. But I can’t blame them. He’s got some pretty sick vocals to accompany his really dreamy face. 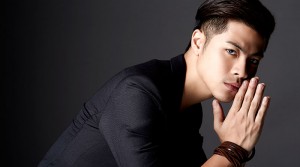 *sneaks one last peek at picture*

OMFG international YouTuber in a Singapore hotel room with a local YouTuber (singing lah, what were you thinking?!)!

Thanks to YouTube and the 21st century, Singaporean musicians aren’t confined to only singing for National Day Parade. Their dreams of singing alongside international talents come true too.

Plus, the ‘One Take’ camera technique used in the video shows us how amazeballs Kurt and Ben are at multi-tasking their voices and instruments.

And by ‘multi-tasking instruments’, I mean playing every random object within reach, like a pen, HP tablet and a glass of water in one continuous shot and not messing it up.

Did I mention how Kurt also took a sip of water from that glass while at it? #LikeABoss

That’s what I call talent.