Netizens want SMRT to wake up their idea He confessed that the transport giant, raking in $2.2 million a year, could not handle the wrath of 7/7.

And although he tried to justify SMRT’s actions of shutting down the entire NSEW lines that night, netizens just aren’t buying it.

Mr Lee vs The Internet

“That was a very dreadful moment. It was peak hour and 250,000 commuters will be inconvenienced, among which we have Muslim Singaporeans who are going back to break fast. But what is the alternative? The alternative is to continue, which means it may get more trains stuck between stations.” 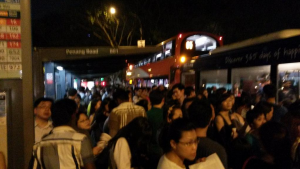 “One train has about 1,500 passengers and if you have 10 trains stuck between stations, it means we have a situation whereby we have to evacuate 15,000 people walking on the track – you think about it, children, students, pregnant ladies, the elderly – that is a situation I didn’t want to have, so I guess it was the lesser of two evils.”

The Internet on SMRT’s problems

While Mr Lee thought his team handled the problems the right way, netizens are arguing that there shouldn’t be problems in the first place. 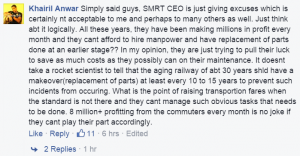 It definitely isn’t the first time these sorts of complaints are raised.

Yet, breakdowns after breakdowns reveal SMRT’s apparent negligence to feedback and criticism, which make us wonder if they’re that unfazed by all this hate.

Mr Lee on the answer to SMRT’s problems

“This is a situation whereby I think SMRT just doesn’t have the organic capacity to cope with this level of disruption. I think perhaps it’s something that we need to take at the national level.” 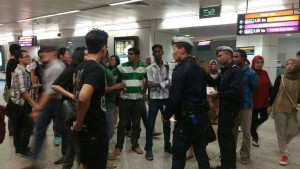 Which is saying a privatised transport company needs the government to help them with their woes. Really?

Netizens on the answer to SMRT’s problems

They’re as bemused as we are, and think transport might as well be nationalised: 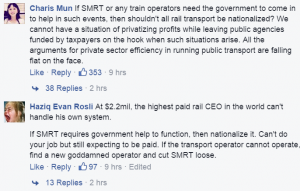 Oh SMRT, for years, you’ve been dealing with us bitching about the breakdowns when we’re all #IHateTheWorldIJustWannaGoHome.

Yet you never seem to deal with the root of your problems. What’s up with that?

Featured image via Twitter
With references from Channel NewsAsia