MINDEF just gave Team Singapore swimmer Quah Zheng Wen the thumbs up to be a swimmer instead of a soldier.

We imagine his reaction to be something along the lines of:

Let’s watch that again in some sweet, zoomed in, slow-mo action:

Why the thumbs up?

Sorry if this comes as a duh to you, but hey, I like to get all cheem about why I fan girl what I fan girl.

Anyway, the upwards thumbs are because Zheng Wen tops every Singaporean’s list of ‘Athletes To Fangirl/boy Because They’re Just So Good’.

And he knows this.

That’s why the record holder of most SEA Games medals didn’t hesitate to send in a NS deferment application, which has been reviewed by the Armed Forces Council (AFC) and chaired by Defence Minister Ng Eng Hen.

This is what MINDEF said in a statement about Zheng Wen’s application:

“Mr Quah has satisfied the conditions for deferment of exceptional sportsmen who can win honour for Singapore, as his recent performances were better than the most recent Olympic Games’ qualifying times in the 200m Butterfly.” 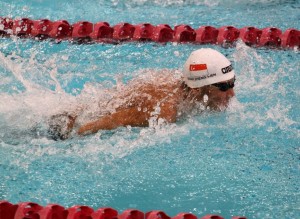 Not a ‘No Strings Attached’ matter

The sweet deal does come with conditions and an expiry date, however.

And he has has to have his eyes on this prize: 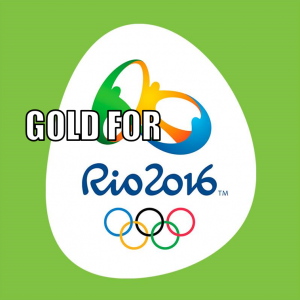 In fact, that’s how Zheng Wen won over MINDEF — by stating in his application that he basically wants to train hard enough to become a beast at the 2016 Olympics in Rio De Janerio.

And why wouldn’t he?

The only thing that’s really stopping him is Joseph Schooling’s beast-ness.

We can’t wait to see what this young man has in store for the Rio Olympics.