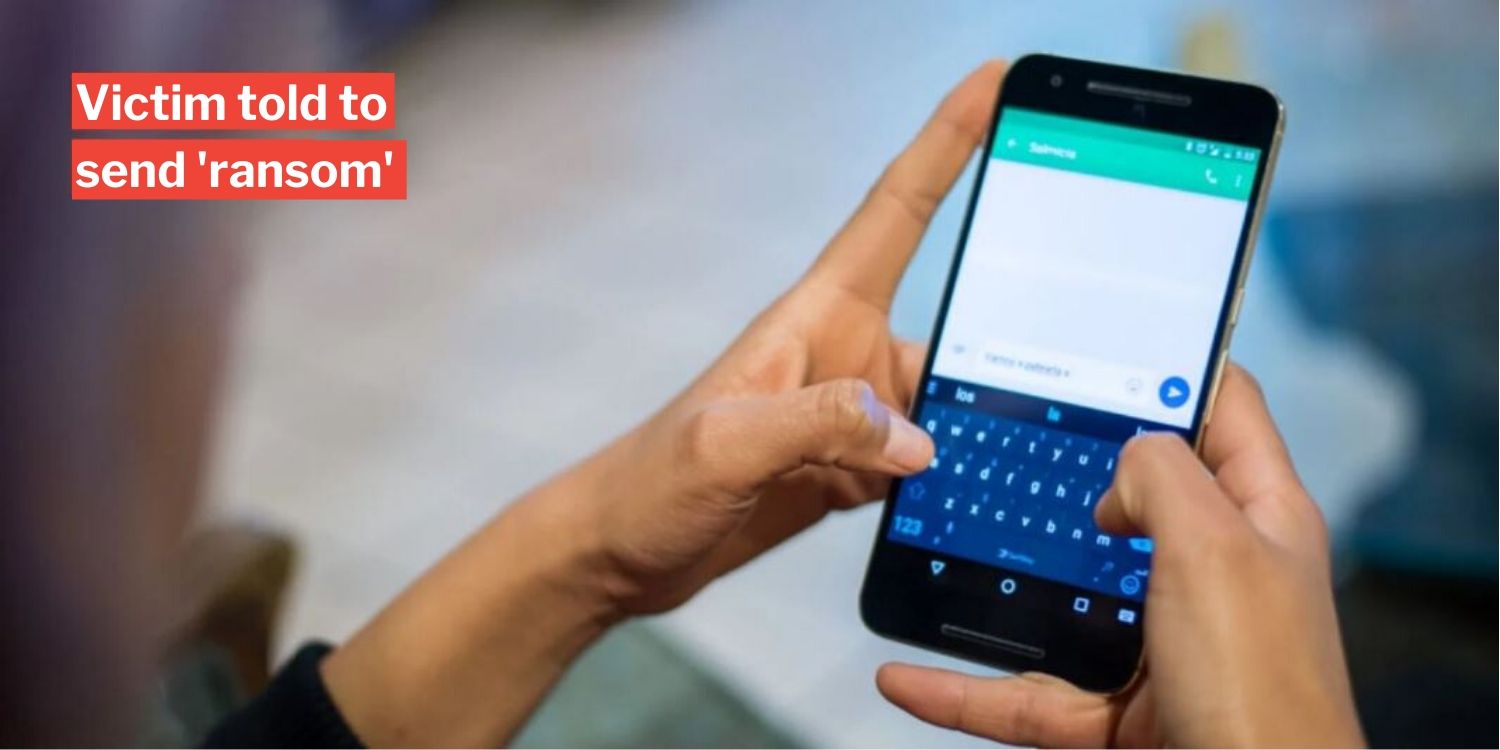 In 2019, some Singaporeans received text messages claiming that their “daughter/son” had been kidnapped.

The police were quick to debunk these fake SMSes, deeming them as scams that citizens should beware of.

Recently, a similar scam that adopts the same strategy has resurfaced, and the Singapore Police Force has urged the public to remain alert and sensitive to content of this nature, according to a report by 8world.

The SMS might state upfront that your loved has been kidnapped.

It may then proceed to extort a sum of money from you as a “ransom”, or your loved one will be killed, like in the example below. 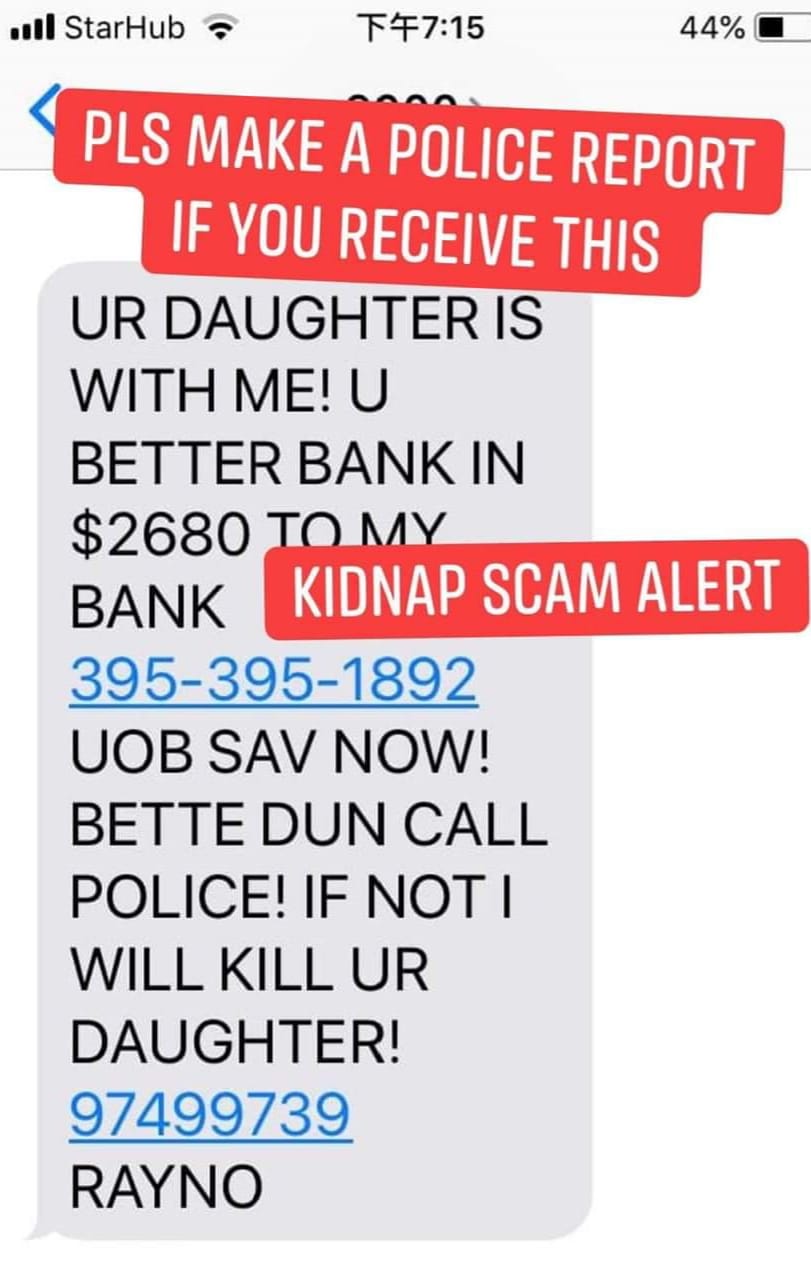 The scammer might provide you with a contact number and bank details to transfer the money to.

Upon receiving such a message, the first thing to do is to remain calm, 8World quoted the police as saying.

Recipients should also refrain from responding to the SMS, and block the number.

Also, do not transfer any money to the scammer.

Instead, upon receiving such an SMS, you should contact the family member in question to ascertain whether the kidnap claim is true.

Though it’s understandable to be alarmed when being told that a loved is purportedly in danger, we should always remain vigilant on the possibility of such scams.

Just remember, if it happens to you, always remember to check on your family members to ensure they’re safe.

Those who receive such scam messages should contact the police hotline at 1-800-255-0000 or visit the police website to report them.