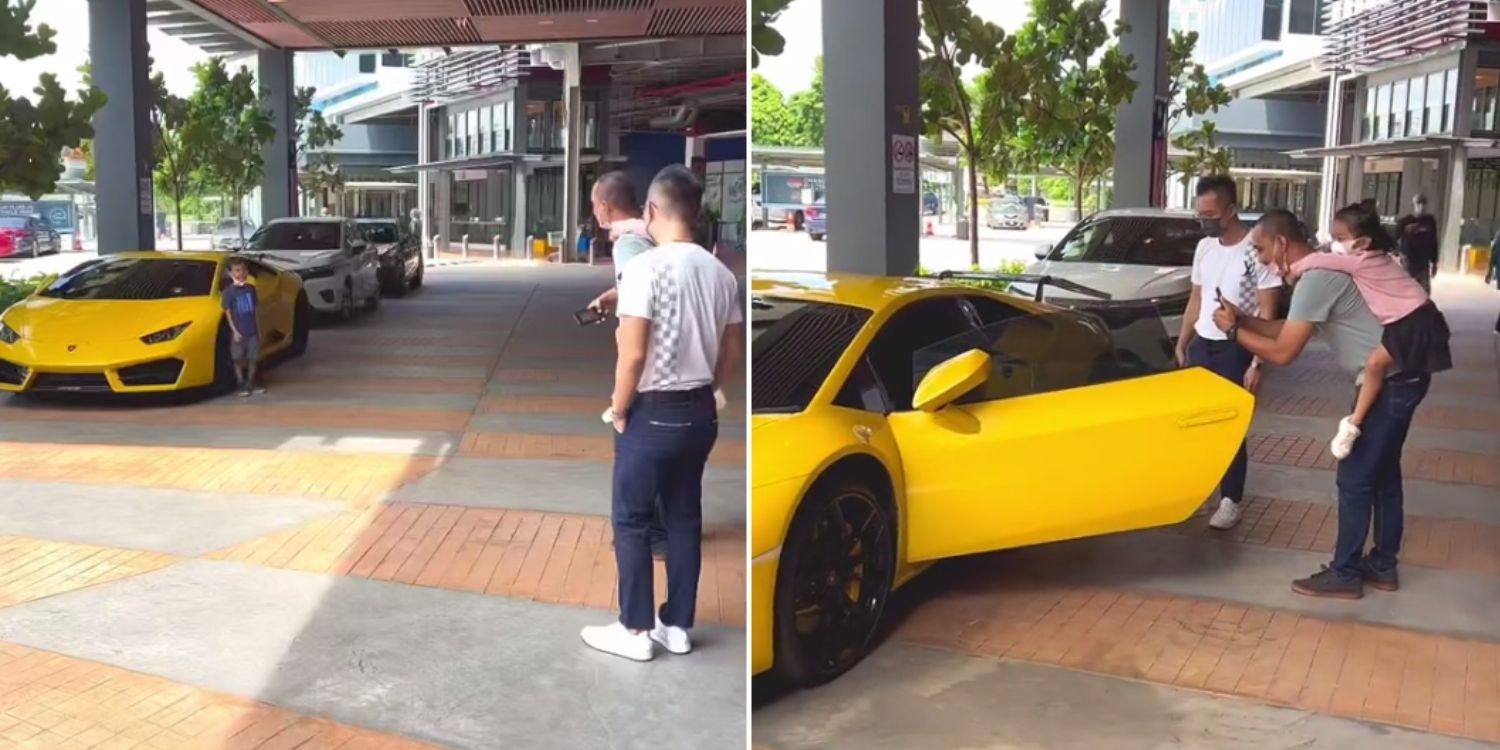 An unforgettable experience for the young kid.

When it comes to luxury car owners, there might be an unflattering stereotype that they are arrogant and selfish.

However, this Malaysian Lamborghini owner proved that this isn’t always the case when he saw a young child posing for pictures beside his car.

Seeing how excited the family looked, the owner approached them and invited the child inside the vehicle for an unforgettable experience.

The owner’s kind behaviour drew the praises of netizens, who commended him for “sharing” his wealth with the young kid.

A video of this happy meeting was first shared on TikTok on 18 Sep.

The video has since garnered more than 9.8 million views, with thousands of comments praising the Lamborghini owner.

In the first half of the short 35-second clip, the young boy in blue poses happily by the yellow sports car.

A few metres away, his dad stands with his phone in one hand, snapping multiple pictures of his son’s wide smile.

All while carrying his daughter on piggyback.

Seconds later, the Lamborghini owner walks up to the father and waits for him to finish snapping pictures.

He then presumably offers to let the boy sit inside the car if he wants to.

The father looks at his son and nudges him towards the car.

To get the full experience, the owner even hands the car keys to the kid, allowing him to unlock the vehicle.

After the boy takes a seat inside the swanky ride, the father starts snapping more pictures.

With his camera roll fuller than before, the father steps back and thanks the Lamborghini owner as they shake hands.

The owner’s actions tugged at the heartstrings of netizens, with many saluting him.

The top comment sings the praises of the Lamborghini owner, saying that not only is he rich in finances but rich in the heart too.

One netizen encouraged the kid, saying that he too can grow up to become successful like the luxury car owner.

The way that the father still carried his daughter while taking photos of his son warmed the heart of this netizen.

His fatherly display also got the respect of the Lamborghini owner.

Hope kid grows up to be successful himself

The Malaysian Lamborghini owner went out of his way to make sure the kid had an unforgettable experience.

By simply letting the kid sit inside his expensive car, he helped create a fond lasting memory for the child.

Hopefully, this will inspire the boy to work hard and achieve his own ambitions in the future.