20-Year-Old Asks Luxury Car Owners About Their Jobs, Says It Taught Him To Invest Early 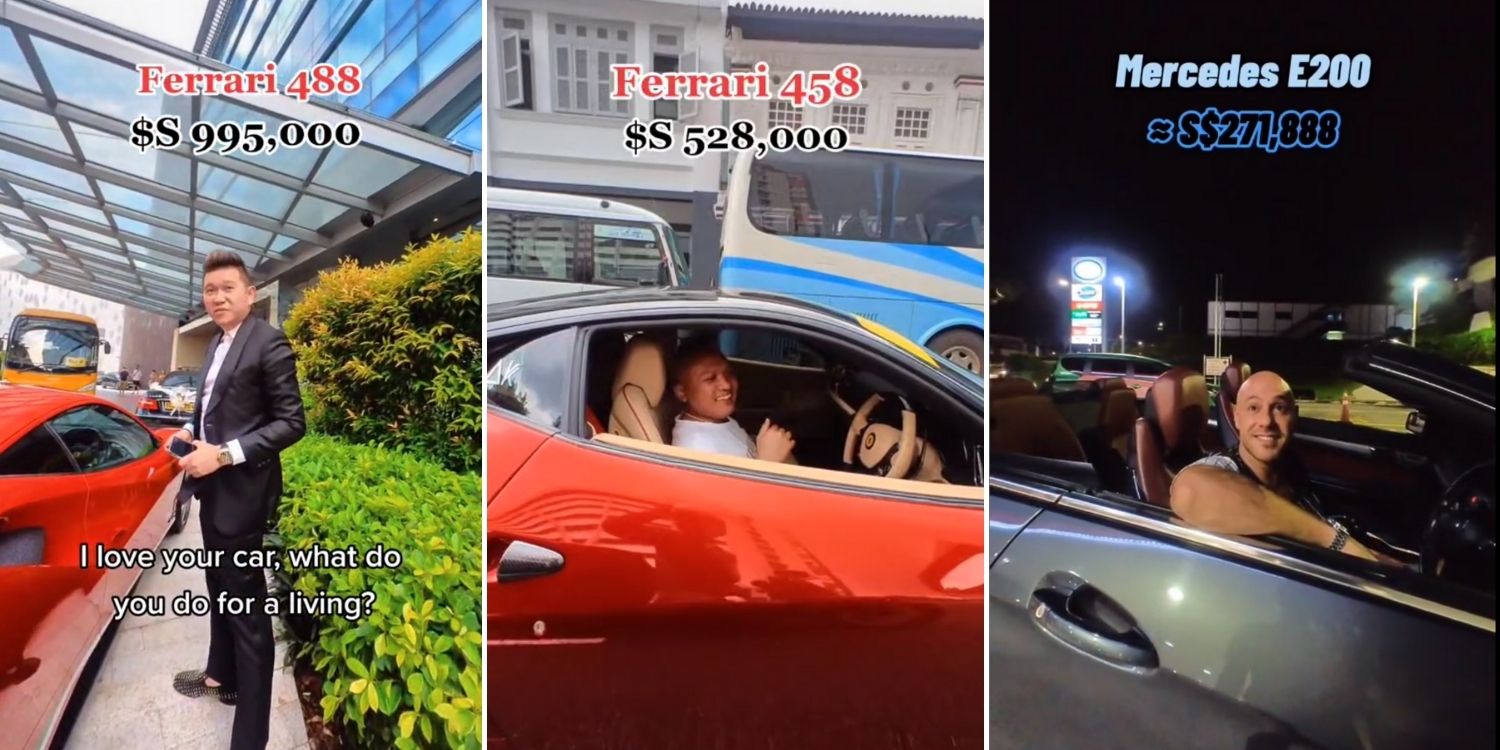 Many owners would talk about working hard and having aspirations.

For Singaporean males, the time before entering the National Service is one of waiting and freedom.

While we await the fabled enlistment letter from MINDEF, we’d tend to occupy our time with part-time jobs and hobbies.

However, one zillennial on TikTok decided to ask luxury car owners what they do for a living and post it as a series on the popular video app.

Singapore Edition: What do you do for a living? Part 12

What started as a simple probe turned into a series of life lessons that taught him the importance of investing.

Here’s the story of how local TikToker, Koocester, found his niche and calling along the way.

Borrowed interview idea from a viral trend on TikTok

As someone who works along with the riches in Orchard Road, Koocester, 20, would often find himself surrounded by luxury cars daily. 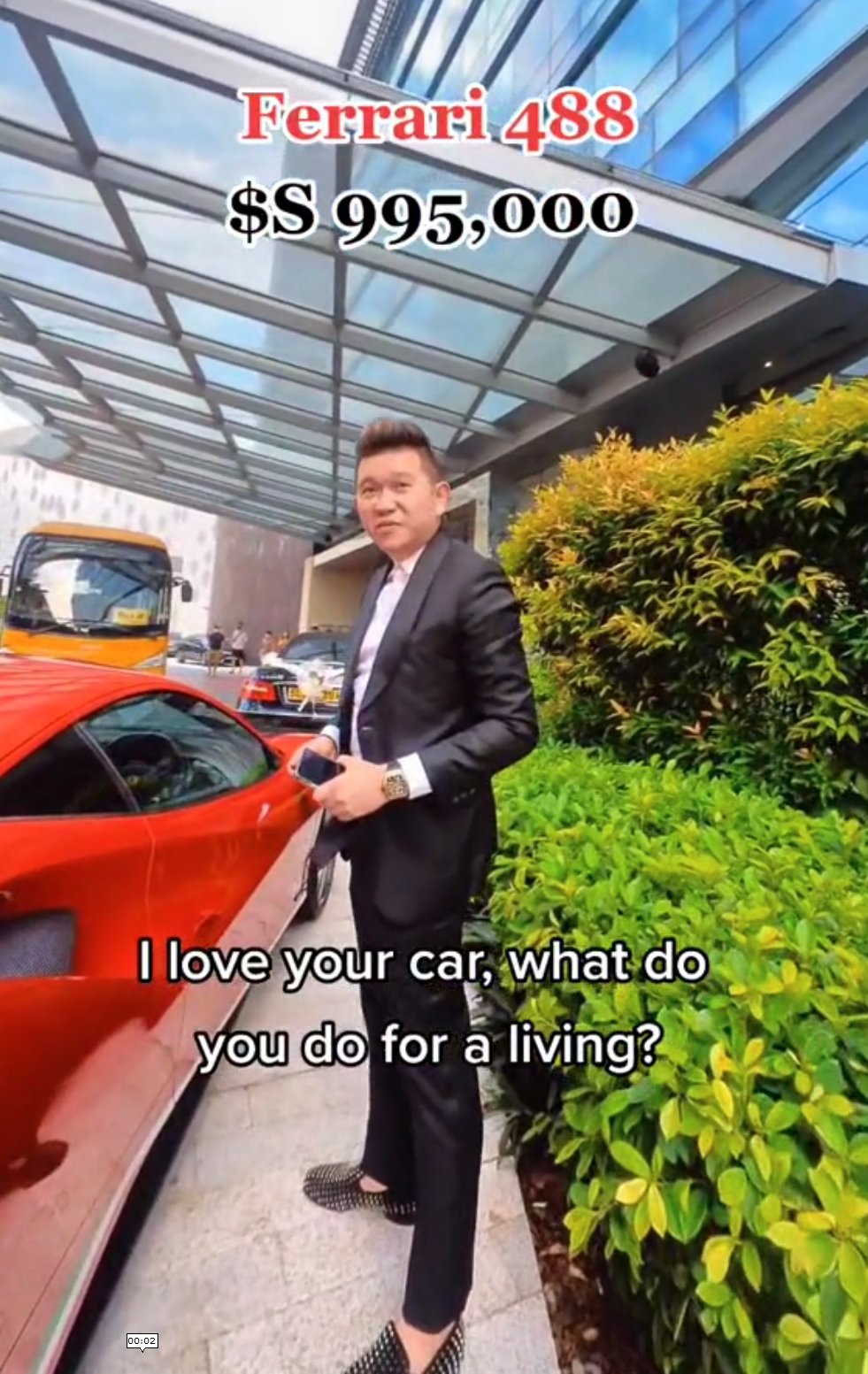 Riding in between high-rise buildings and glitzy lights on his trusty motorbike, he would often feel a sense of wanting from looking at these cars.

As a zoomer, Koocester would browse TikTok frequently, leading to the discovery of Internet sensation Daniel Mac, who first spearheaded a viral trend.

Daniel Mac was the first to ask luxury car owners what they’d do for a living in his hometown of Dallas, Texas.

The trend saw Daniel Mac’s following numbers grow into the millions overnight, and Koocester thought it’d be a good idea to make a Singaporean edition of the hit trend.

Even before filming his first TikTok, Koocester had his reservations. Knowing how Singaporeans would typically react, he didn’t expect much reaction from the folks he interviewed.

At most, they’d probably laugh it off and provide a safe response to his queries. Despite that, he went on with his plans.

Video after video, something became quite clear to Koocester, and he started taking notes.

He then found that most of the people he interviewed worked in either the finance, technology or sales industries.

While it’s no surprise that the more lucrative industries pay the big bucks, what Koocester learned from his time filming these videos was invaluable to a bright-eyed youngster like him.

Most of his videos start with a compliment followed by the million-dollar question, “What do you do for a living?” 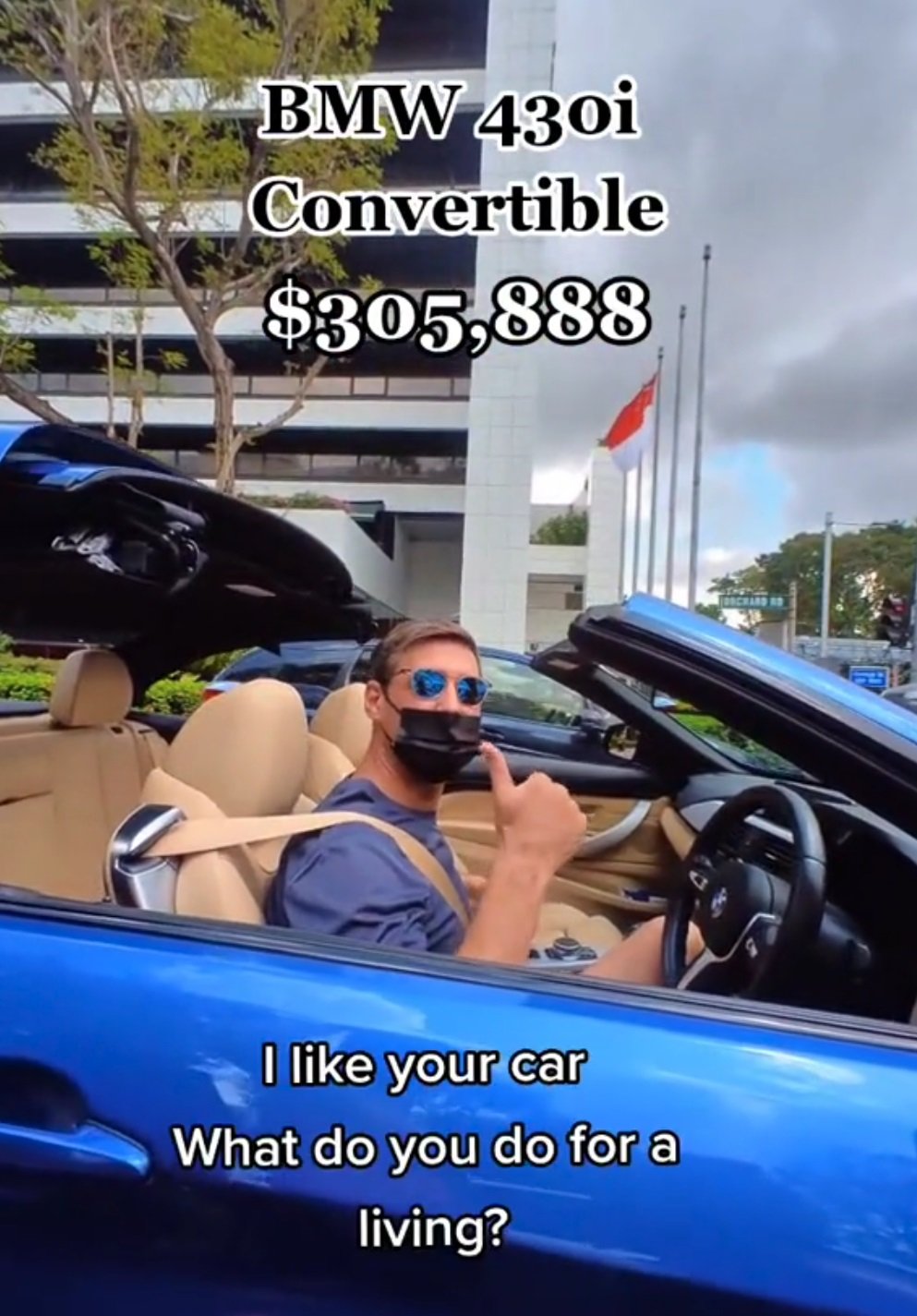 The luxury owners would then state their job and industry, which Koocester would record with glee. After that, he’ll seek advice for someone like him to follow. More often than not, these wealthy folks would go on a spiel of working hard and having something to aspire to. However, what he didn’t expect was for him to be advised to start investing early.

Speaking with MS News, Koocester revealed that although he knew investing was necessary, the idea of it was only reinforced after creating the TikTok videos.

His interviewees would always preach the importance of investing and nothing was more convincing than saying those words in the driver’s seat of a luxury car.

He also shared that he is now under the tutelage of a mentor that has set him on the journey of investing.

Best lessons are found away from the textbook

Sometimes, the longest-lasting lessons are best learnt through real-life experiences.

Additionally, we’ll tend to listen up when someone who has already walked the walk speaks.

Of course, investing comes with its own sets of risks, but if these luxury car owners are shining examples, it would be wise to explore some opportunities.