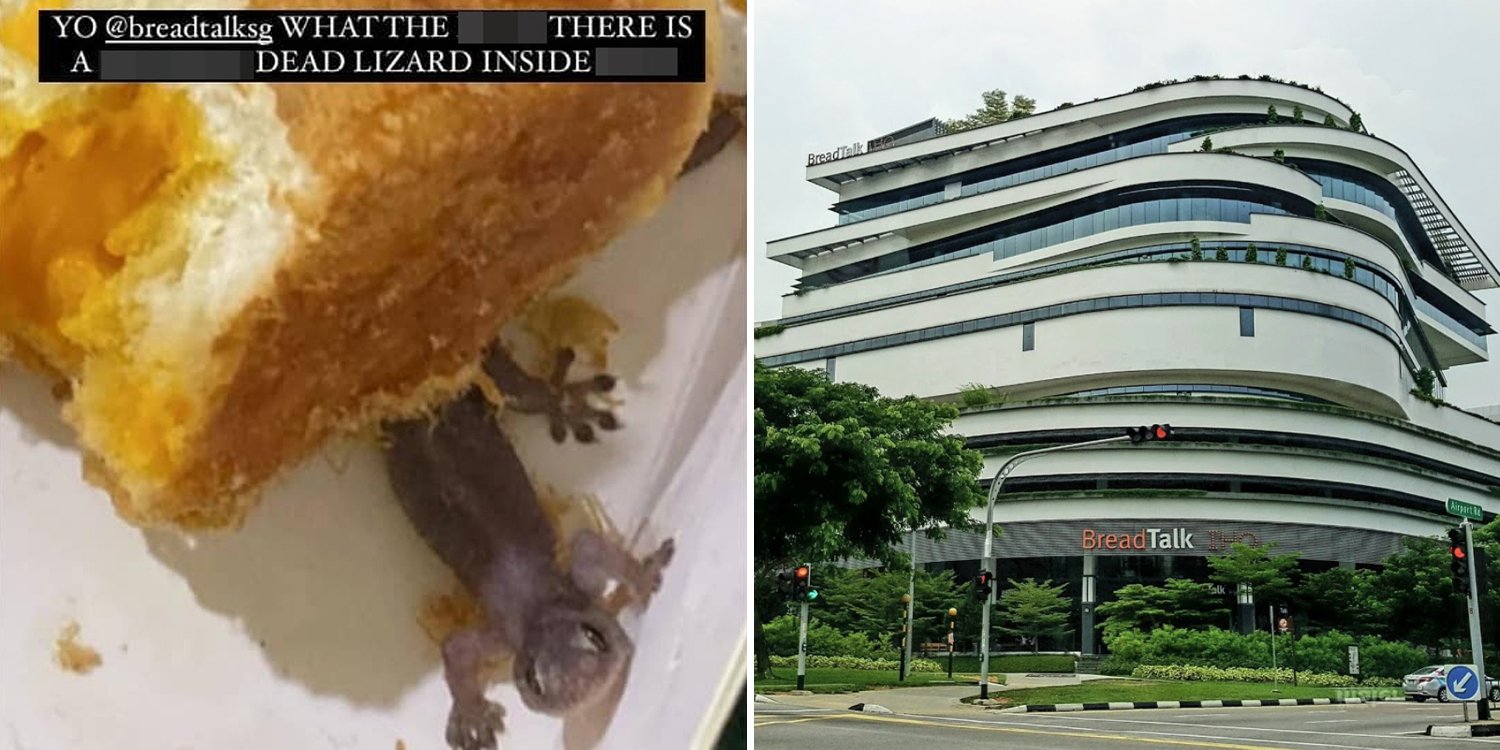 UPDATE (6 Feb): According to a BreadTalk spokesperson, the issue has been resolved amicably with the customer.

A pest control company engaged by the bakery also found no signs and marking of lizards at the outlet. The full statement can be found below.

Lizards often have a way of appearing at the most unexpected times and places.

One woman certainly found this out the hard way when she opened a box of bread bought from BreadTalk IHQ and found a dead lizard in it. 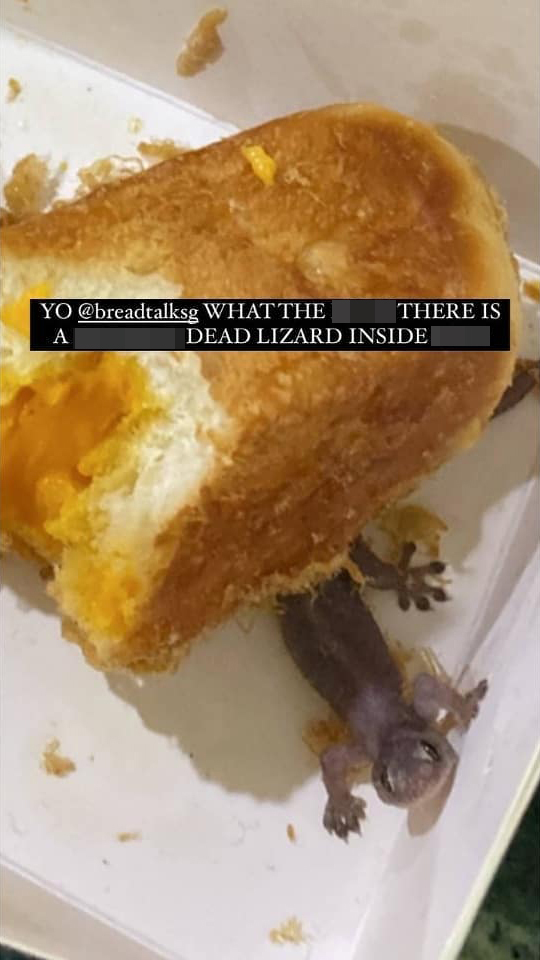 She promptly posted an Instagram story about the incident, and judging by the expletives used, she probably wasn’t too happy.

BreadTalk has launched an investigation into the incident.

On Wednesday (3 Feb) morning, the woman was about to munch on her breakfast bun when she looked down in the box and got a rude shock.

As it turned out, a lizard was perched in the corner of the box. The woman explained that the lizard was dead as it did not move when her helper prodded it.

The bread was purchased from BreadTalk IHQ at Tai Seng. After learning of the incident, BreadTalk reached out to the woman on Instagram, saying they would contact her about it soon.

After some back and forth, she finally got on a call with the company’s spokesperson.

According to the Instagram post, the call was “civil and apologetic”. BreadTalk then informed that they will get back to her.

However, she did not see a need to do so and politely declined their requests.

Woman disappointed by management of incident

Later in the afternoon, BreadTalk reached out to her again.

During the interactions, they said CCTV showed the lizard was not in the box beforehand.

However, the woman was sure the box was sealed when she bought it.

She felt that it was possible the lizard was underneath the bread at the time as it was dead and seemed a little burnt when she found it.

By this point, the woman was frustrated at the situation and felt as if BreadTalk was pushing the blame back on her.

In her post, she noted that they did not offer any compensation or solution, and felt disappointed by the way the incident was managed.

Speaking to MS News, a BreadTalk spokesperson confirmed that the matter has been settled amicably as of Friday (5 Feb).

A pest control company hired by the bakery also found no signs and marking of lizards at the outlet. Here’s their full statement:

As of 5 February, we have amicably resolved this matter with the customer. We have concluded and shared our findings with the customer who was regularly updated throughout this process. We would like to take this opportunity to thank her for her patience.

The incident was brought to our attention on 3 February, 10am by the customer and we immediately launched an investigation. At the same time, we also reached out to the customer to assure her that we are looking into the matter. We recognise that she was understandably upset and also expressed our concern to her.

Based on information provided by the customer, the purchase was made the day before on 2 February and consumed by the customer the next day. Our CCTV footage from the outlet on the day of the incident shows that our buns were packed into the box at the counter upon order.

Although we conduct regular pest control checks at all our outlets, we hired a third-party pest control company to inspect the outlet after this incident is brought to our attention and the report shows that there are no signs and markings of lizards.

We would like to assure the public that food safety and hygiene remains our topmost priority. We value all feedback and will continue to seek ways to improve the customer experience.

Hope investigation will prevent such incidents in future

Though the incident was no doubt unfortunate, we are heartened by BreadTalk approach in resolving the matter.

Let’s hope we won’t hear of such incidents again so customers can have greater peace of mind when making purchases at the outlet.