Singaporeans have been out and about, exploring our island nation. Some do so on foot while others on two wheels. Unfortunately, a cyclist may have to put such plans on hold after a lorry rammed into their expensive mountain bike which was fixed to the car boot. 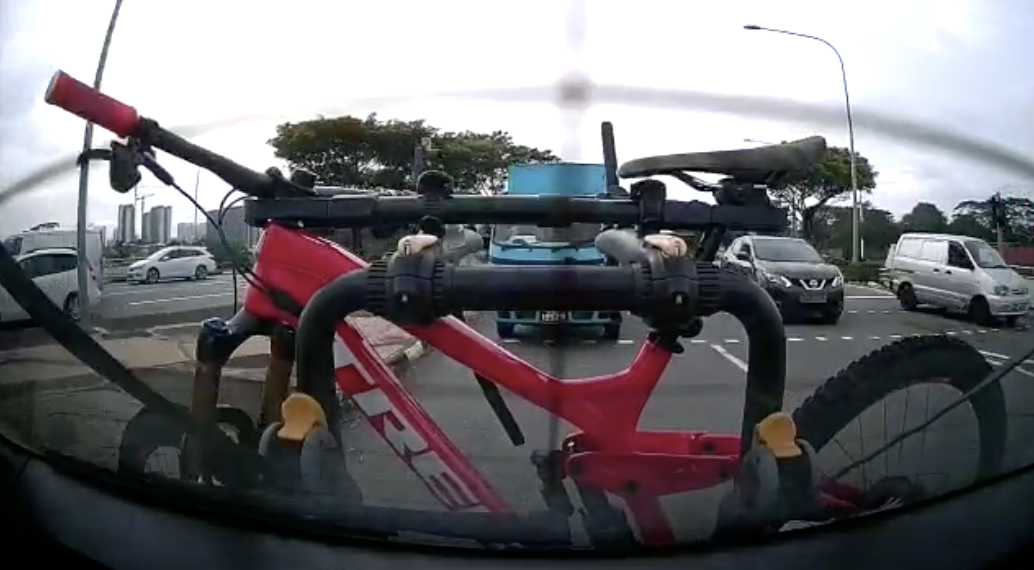 The impact caused the bike frame to fracture at multiple points.

Lorry rams into bike as car slows down

In a Facebook video, the car carrying the bike can be seen passing a traffic light at a slow speed before braking.

However, as the driver slowed down, the lorry behind continued accelerating, closing the distance between the vehicles before ramming into the car’s bike rack. 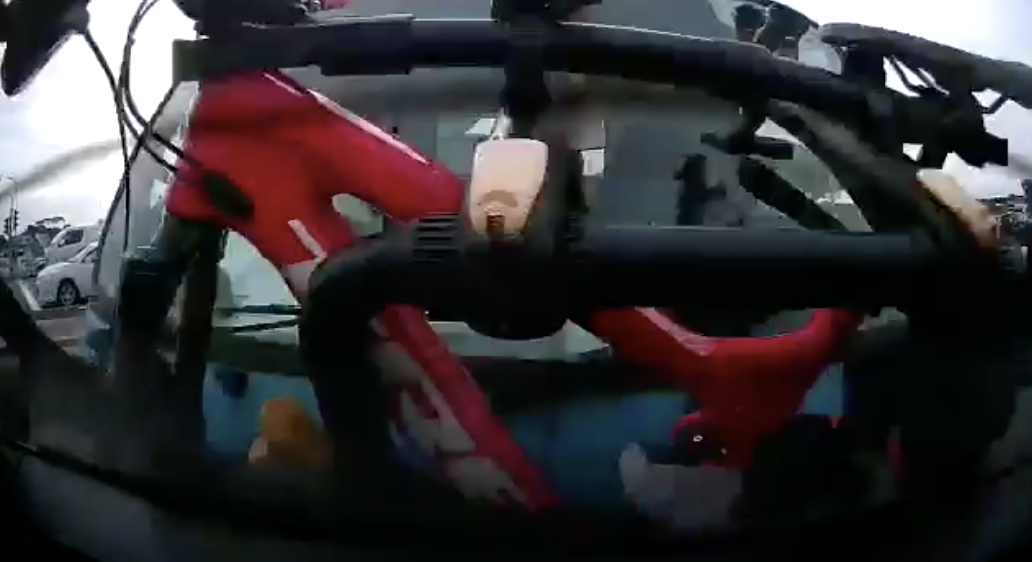 While no casualties were reported, one cannot say the same for the mountain bike on the back of the car.

From pictures in the post, one can see that the lorry’s impact damaged the bike frame, which was made of carbon fibre.

While mountain bikes can take a beating on off-road tracks, it still wasn’t invulnerable to a sideway collision from the lorry. 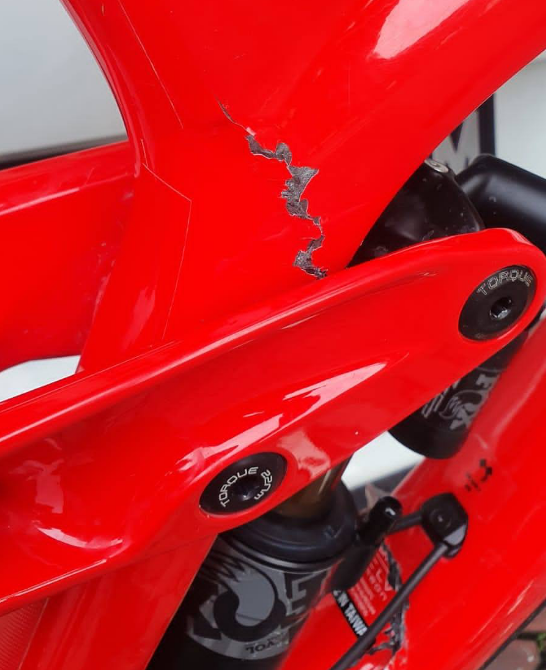 Cracks are also visible at multiple points of the mountain bike’s carbon frame, including the material at the down tube. Furthermore, the carbon fibre around the suspension system was also damaged. 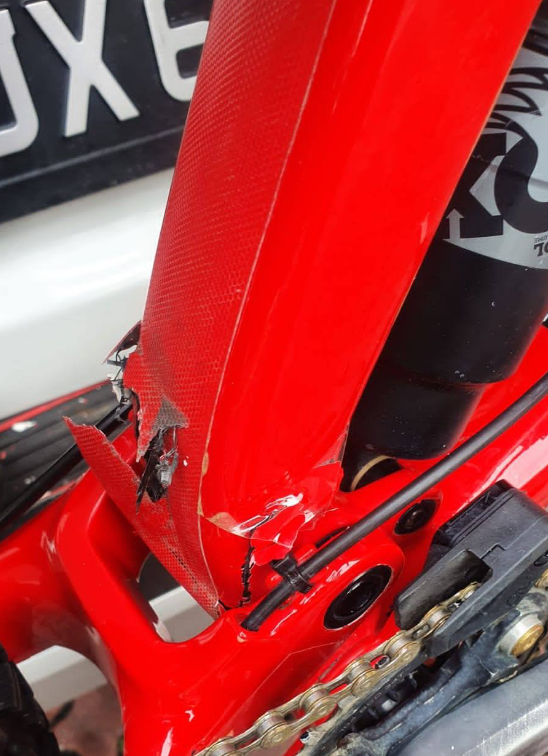 Netizens who saw the video said the rather expensive bike may cost more than the car’s repairs.

Another commenter was wondering if the driver’s insurance plan covers damages to the bike.

Whichever the case, we hope that both drivers involved in the accident were alright.

Keeping safe on the road

This incident is a reminder to always be on high alert when driving, and to be aware of your immediate surroundings.

In this case, though damages may still be costly, the drivers are lucky that there seemed to be no apparent human casualty.

All road users have a part to play in road safety, therefore being attentive on the road is of utmost importance.