Not the first time this month.

A majority of M1 users across Singapore said that their internet had gone down. M1 confirmed that there’s a disruption to their fibre broadband services on Monday (21 Dec).

They recommend that users restart their router and not remove any cables if they experience issues.

However, many users said that their Internet was still down even after the M1 announcement on Facebook.

The Internet issues started for users between 11am-12pm on Monday (21 Dec).

Users across Singapore started reporting disruptions to their Internet at around the same time. 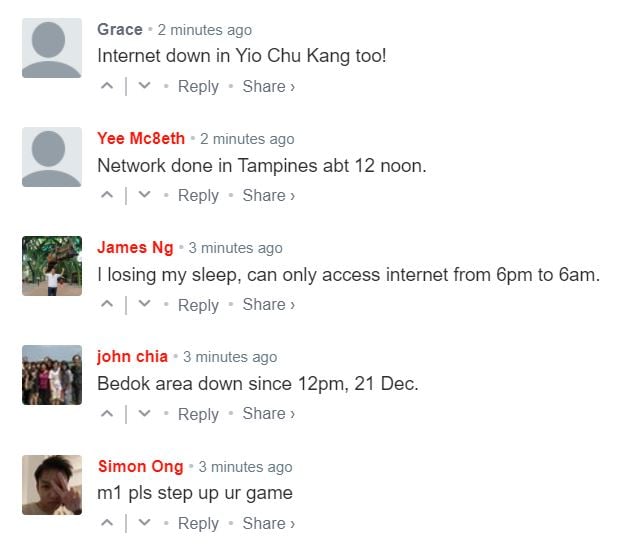 As of the time of writing, users still report Internet issues across Singapore. 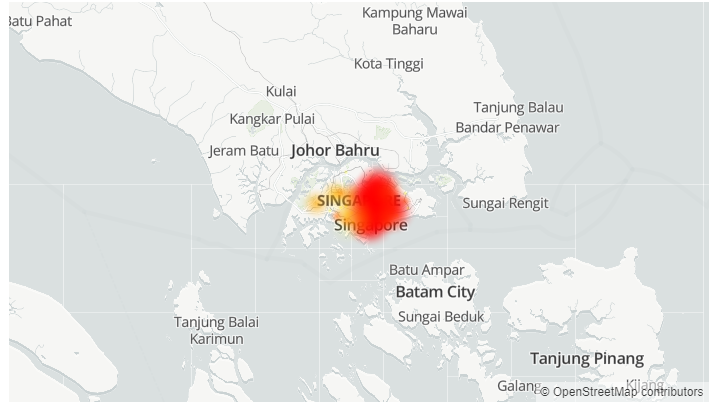 Not the first time M1 broadband went down

Unfortunately, this isn’t the first time in recent memory that M1’s services have gone down.

Previously on Friday (4 Dec), a service outage issue occurred for many M1 users.

As a result, M1 waived excess mobile charges to apologise to customers for the outage.

Restart your router and stay calm

So far, M1 has advised users to use their mobile data for the time being and turn off their router and modem. 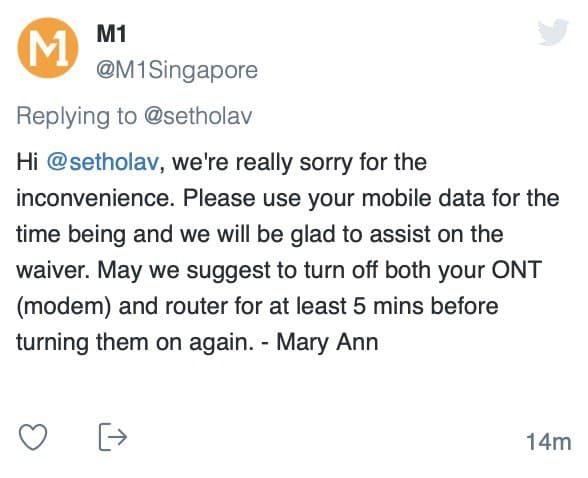 Users above all else would wish to have stable Internet access. Hopefully the issue is truly resolved soon.