UPDATE (24 Feb, 8.39pm): The Agong has accepted Dr Mahathir’s resignation, and will install him as interim Prime Minister (PM) until a new Cabinet is formed, reports CNA. 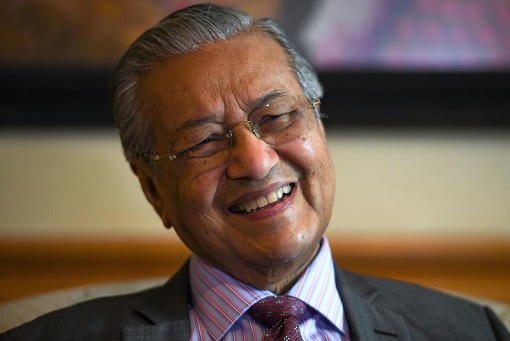 This comes after plans by Pakatan Harapan (PH) members to form a new government, one that would exclude Anwar Ibrahim, reported Al Jazeera. 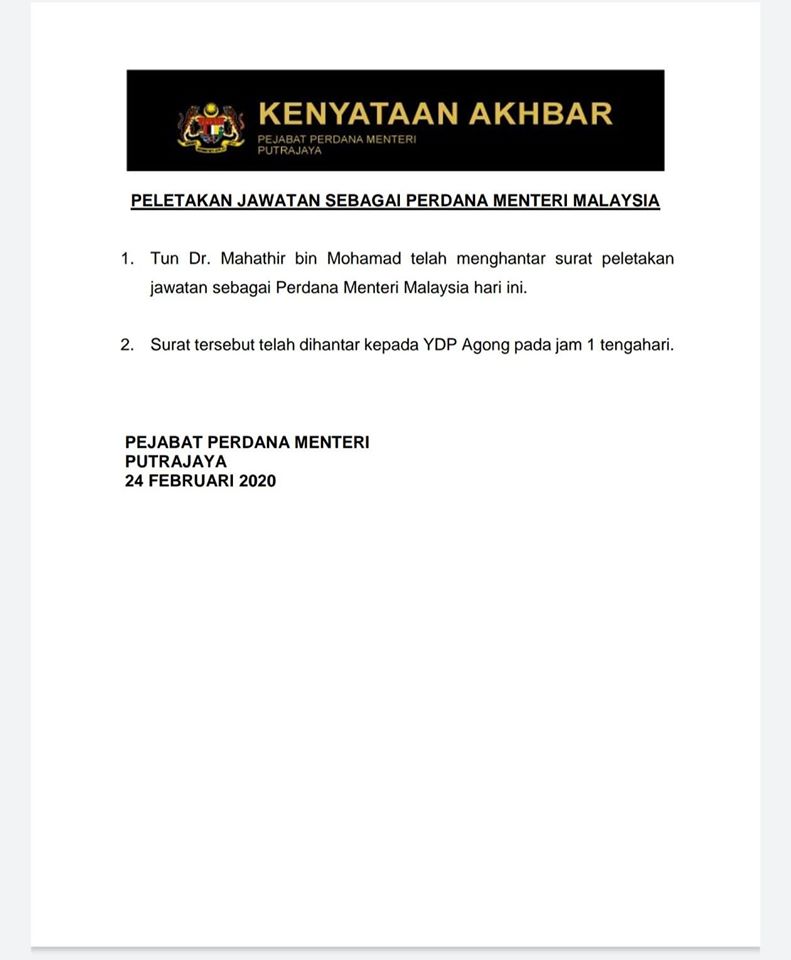 The very brief letter simply states that he has resigned.

When Mahathir and Anwar formed an unthinkable alliance in 2018 to oust the ruling Barisan Nasional (BN) coalition, one of the agreements was that Anwar would succeed Mahathir as Prime Minister after a certain period.

However, these plans were repeatedly delayed.

This past weekend has seemingly proven that Mahathir never had any intention of ceding the PM seat to Anwar.

A source told The Straits Times that the Agong – the King of Malaysia – will reject Dr Mahathir’s resignation.

The same report also claimed that the resignation may be tactical, in order to not honour the agreement that Dr Mahathir made with Anwar.

Soon after Dr Mahathir’s resignation was publicised, the Agong summoned him to his residence at 5pm today, reports Malay Mail. We suspect more will be revealed after this meeting.