S’pore Man Comes Out To Grandma, She Says She Loves Him All The Same 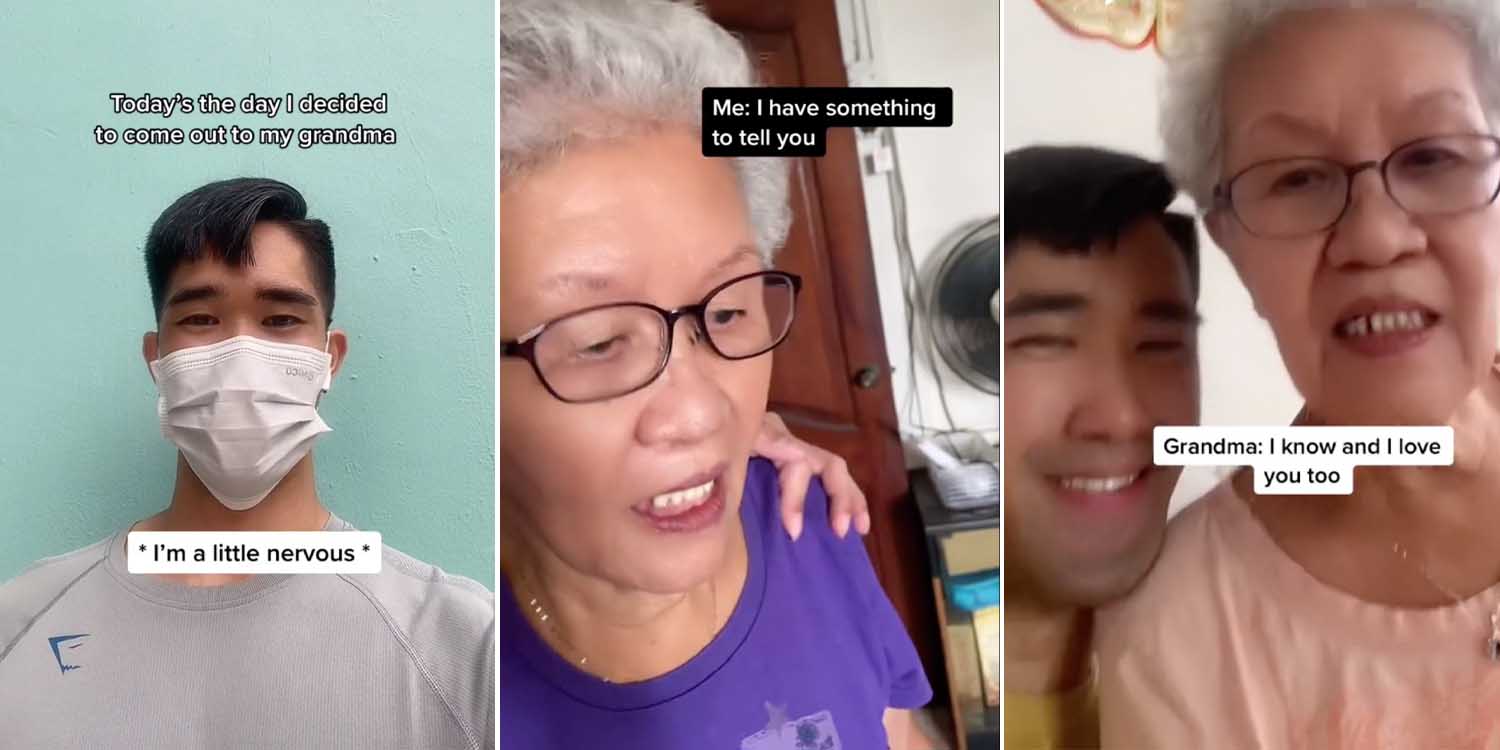 She said it was alright that he won't give her a wedding.

Man In Singapore Comes Out To Grandma, She Tells Him He’s Loved Anyway

For many LGBTQ+ folks, coming out to their loved ones is one of the most nerve-wracking experiences they’ll ever have.

But some do gather their courage and eventually do so.

On Saturday (2 Oct), a man shared a heartwarming TikTok video of him coming out to his grandma.

Without hesitation, his grandma assured him that it’s alright, telling him that she loves him all the same.

Man comes out to grandma in TikTok video

On Saturday (2 Oct), Shaun, whose TikTok handle is Shaunshyen, decided to document his coming out to his grandma on TikTok.

As he arrives at his grandma’s flat, he shared that he was feeling a little nervous about it. 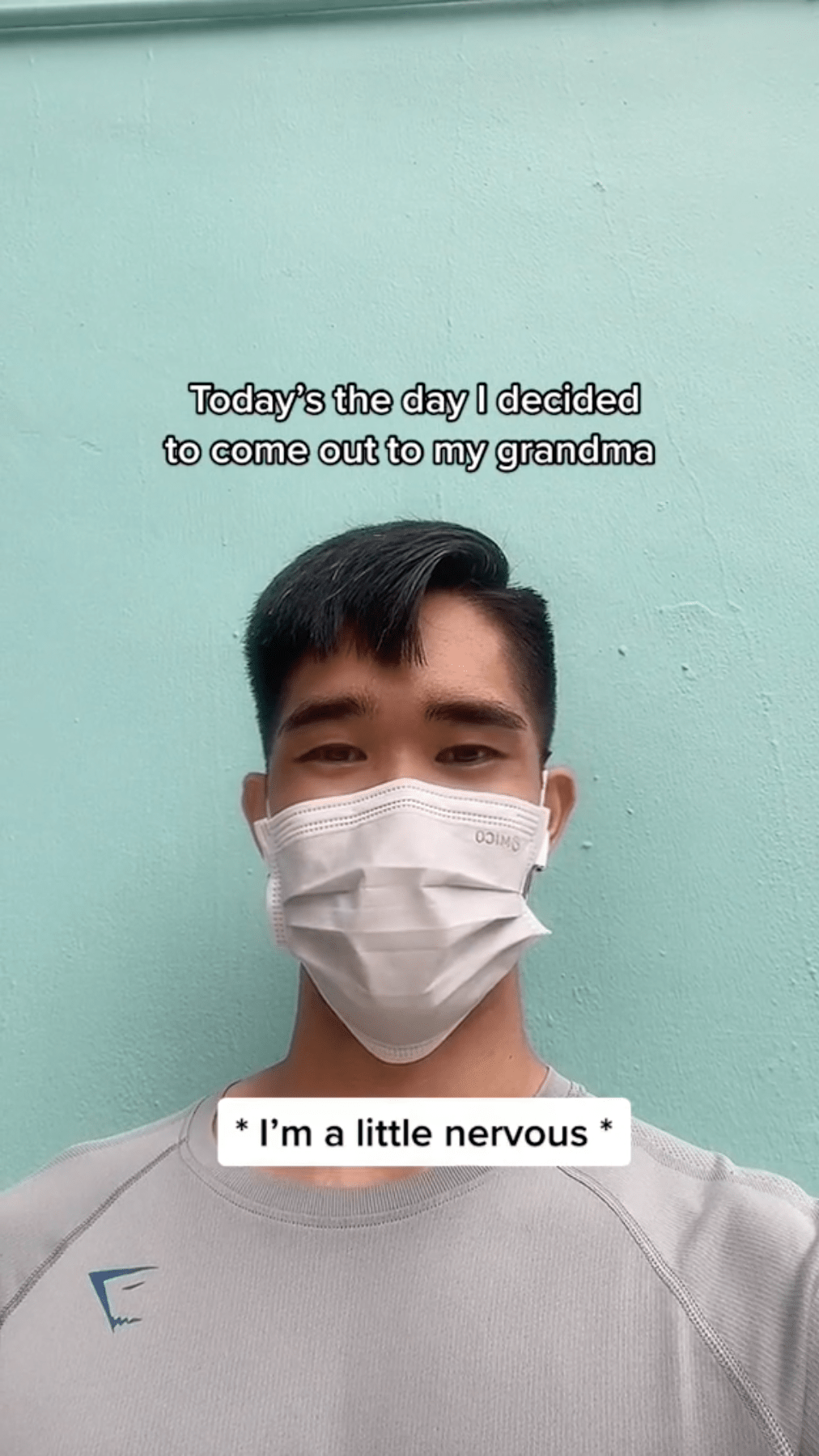 When he walked up to his grandma’s place, she immediately lit up as she saw him, excitedly greeting him. 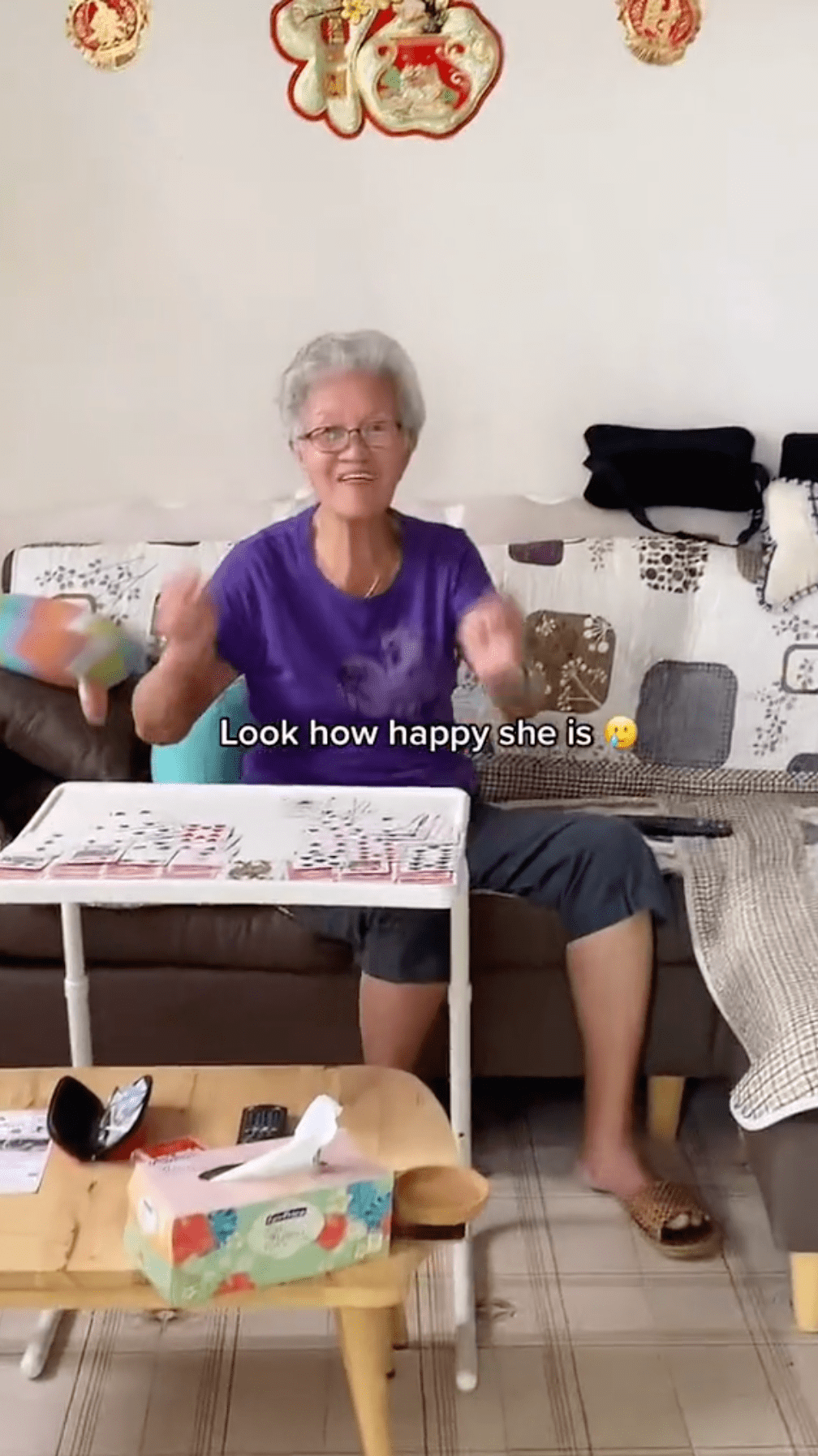 Soon enough, he was settled in and the grandma and grandson duo watched a Channel 5 drama together.

As this was happening, Shaun was waiting for the right moment to speak to his grandma.

When the show came to an end, he decided that that was his cue. 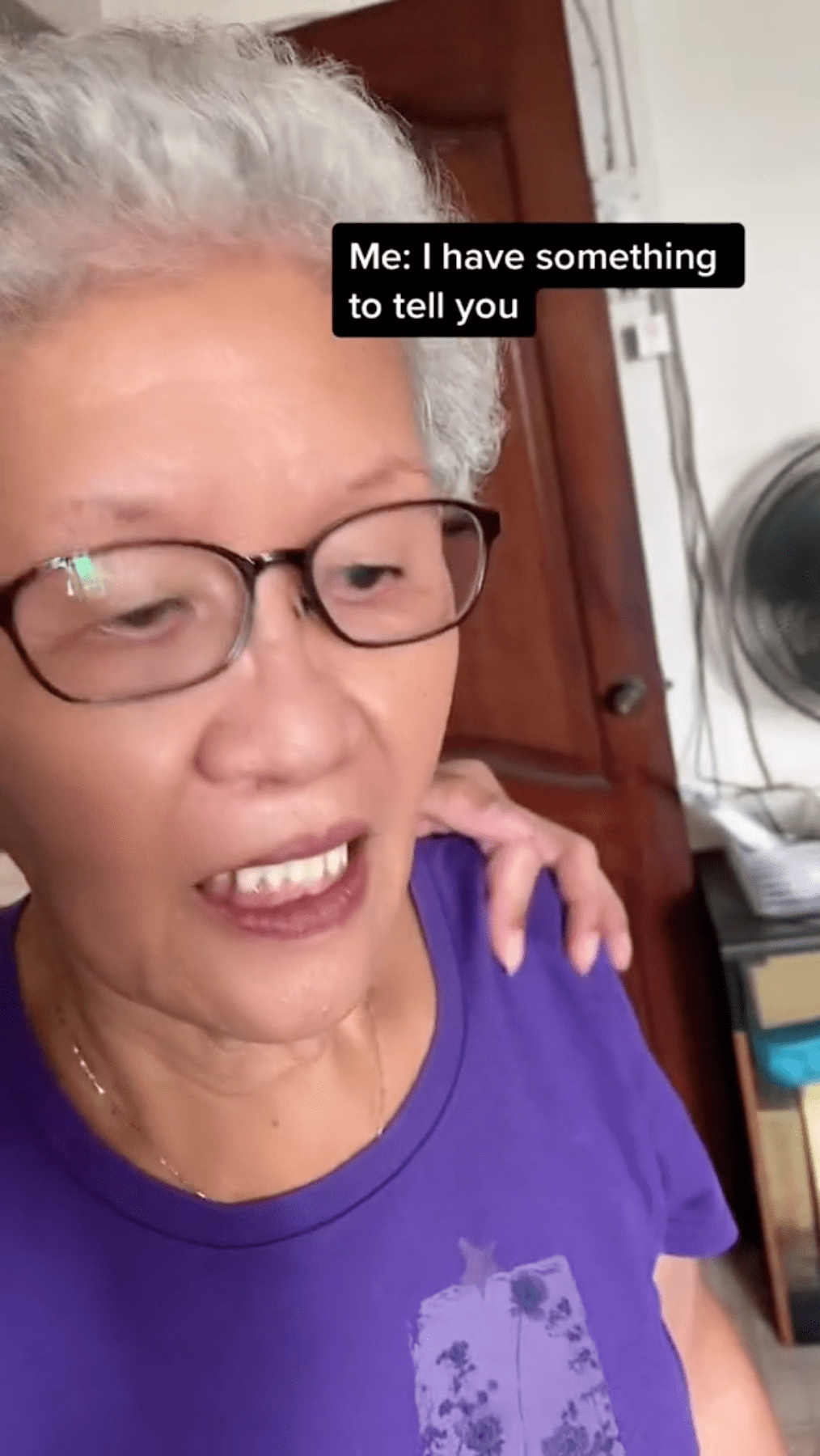 With a slight quiver in his voice and his arm around his grandma, he started telling her in Mandarin that he has known for a long time – and has told his parents – that he likes boys.

Seemingly caught off guard, his grandma looked at him, letting out a surprised, “huh”.

After getting that off his chest, he asked if she was ok with it.

Without missing a beat, his grandma said it’s alright.

When Shaun continued saying that this means she can’t attend his wedding because he can’t get married, she again reassured that it doesn’t matter. 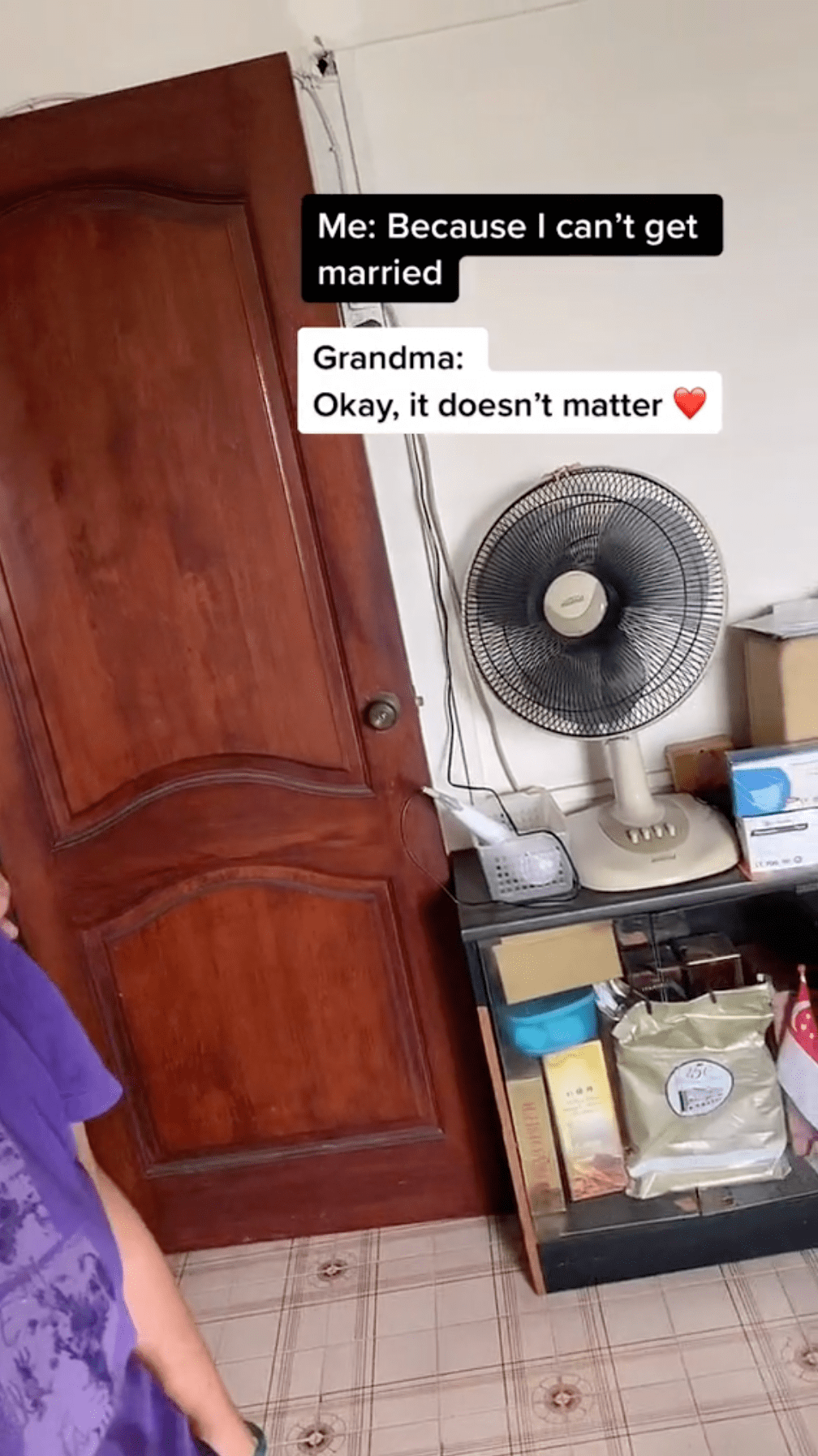 In his caption, Shaun added that he always felt guilty he cannot give her a wedding to attend.

Grandma assures that she loves him

Reacting to his coming out video, a netizen said he shouldn’t have told his grandma as it would hurt her.

In response, Shaun shared another video of him visiting his grandma again the very next day.

Just like the previous day, his grandma greeted him with enthusiasm, even jokingly saying the naughty boy is back again. 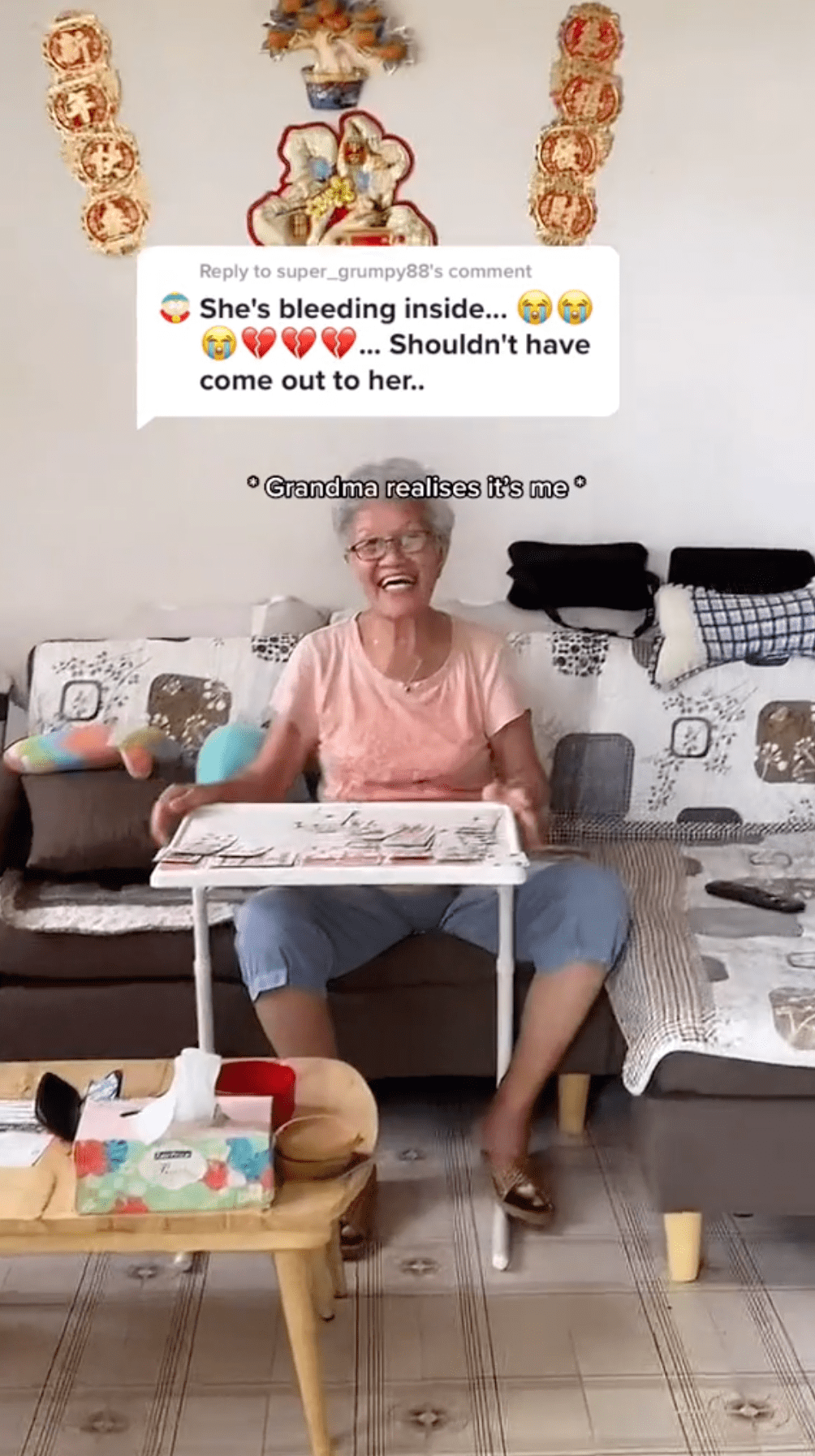 He then asked his grandma if she regrets knowing what he told her.

With a slight smile, she then asked why he doesn’t like girls.

Shaun replied he just knew since a young age. She assured him that she doesn’t regret it.

In a heartwarming moment, Shaun then asked her if she knew he would always love her.

She smiled, saying she knows, and she loves him too, just like she loves all her precious grandchildren. 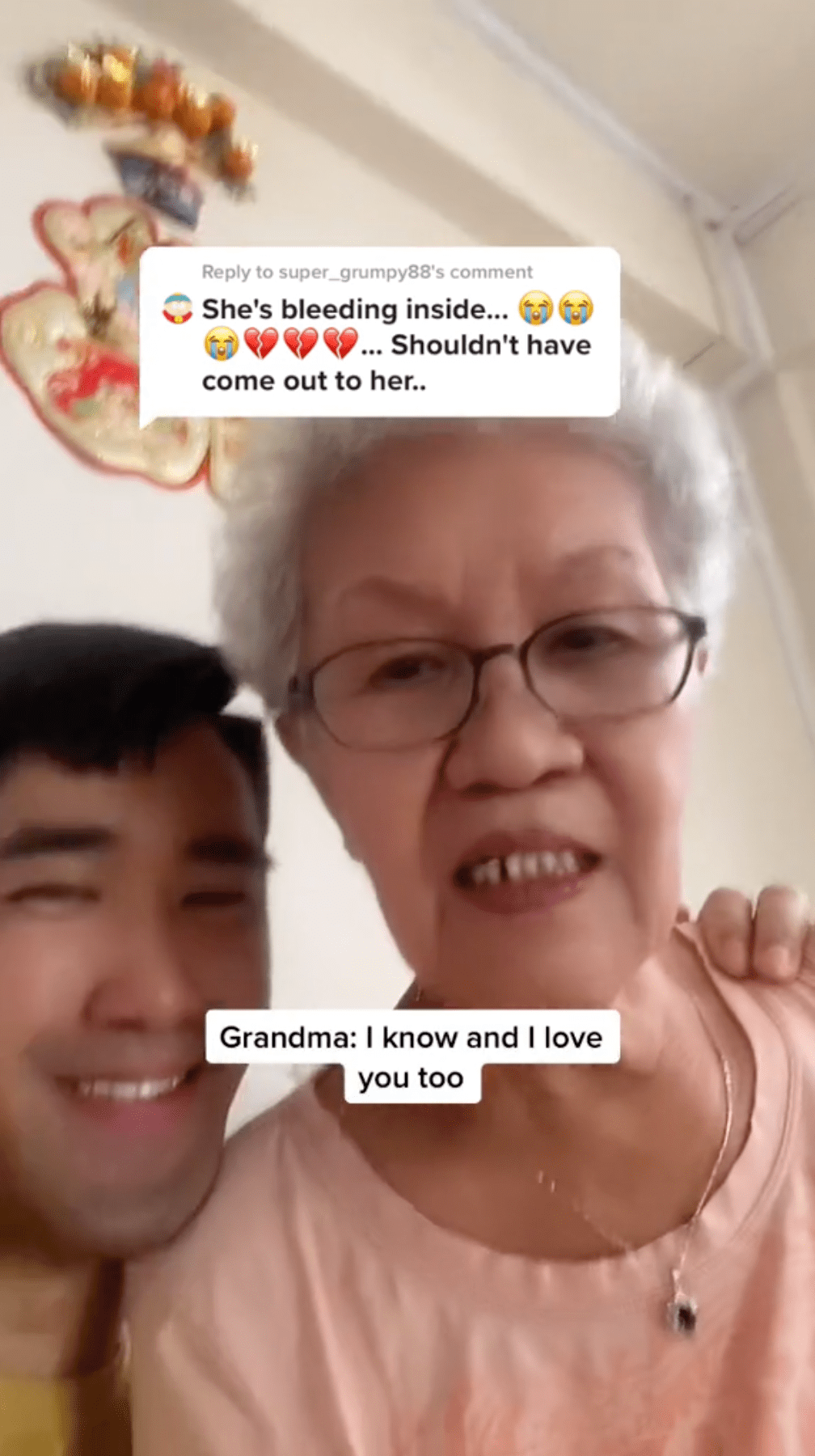 Netizens were moved by Shaun’s grandma’s acceptance and love.

Some shared that they understand how coming out isn’t easy, especially in the Chinese culture, and they are very happy for him.

This netizen also hopes Shaun wouldn’t feel guilty about not having a wedding as it isn’t his fault.

Plus, he added, he could always go overseas to get married.

Queer individuals in Singapore face many invisible hurdles in life, one of them being how they’d be treated by their loved ones.

While it is often said that the older generation struggles to accept homosexuality, Shaun and his grandma have shown that understanding and love can in fact triumph over traditional ideals.

We’re happy for Shaun and hope he continues to live his life boldly and courageously, giving hope and inspiring many others along the way.

Featured image adapted from shaunshyen on TikTok and TikTok.