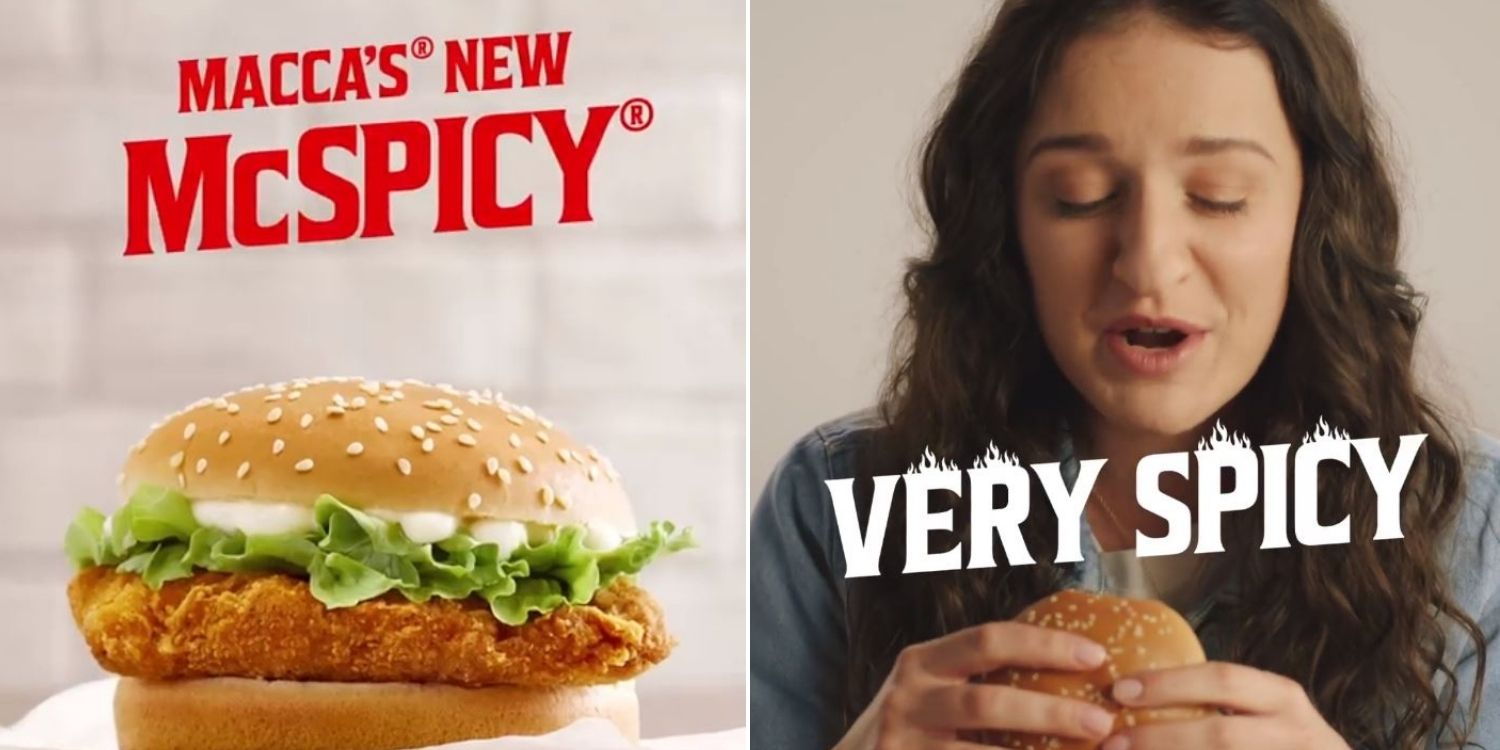 McDonald’s Australia Introduces McSpicy Burger, Some Say It’s Not As Spicy As Singapore’s

When Singaporeans are overseas, we miss a lot of things about home, especially the food.

While some may pine over char kway teow or laksa, even the fast food in other countries isn’t the same.

Some may have tried to order a McSpicy or ask for curry sauce at a McDonald’s abroad, only to be met with a rude awakening — there’s no such thing.

Well, good news for Singaporeans who happen to be in Australia for whatever reason — the McSpicy has been added to the menu of McDonald’s Australia. 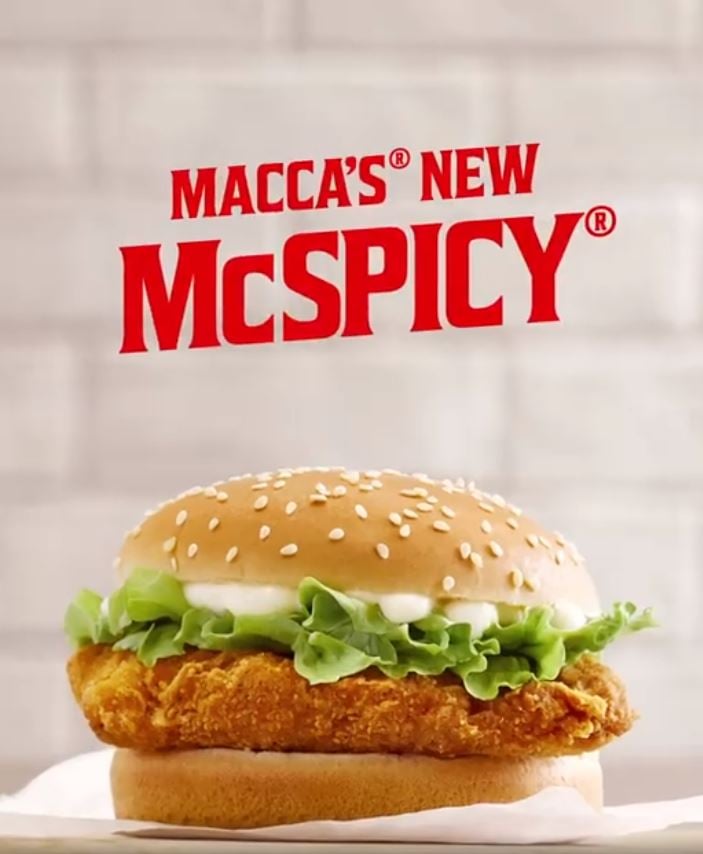 McDonald’s – or Macca’s as Australians affectionately call it – introduced the McSpicy burger as part of its new chicken menu on Wednesday (14 Oct).

But to Singaporeans the only thing they’ll probably care about is the return of the McSpicy.

The popular burger previously found only in Asia was introduced as a limited-edition item earlier this year, but now it’s back due to popular demand.

And to what must be the delight of many Asians living Down Under, it’ll be a permanent item.

In Macca’s promotional video for the burger, a Caucasian woman who says she “likes spicy” is shown taking a bite of the product. 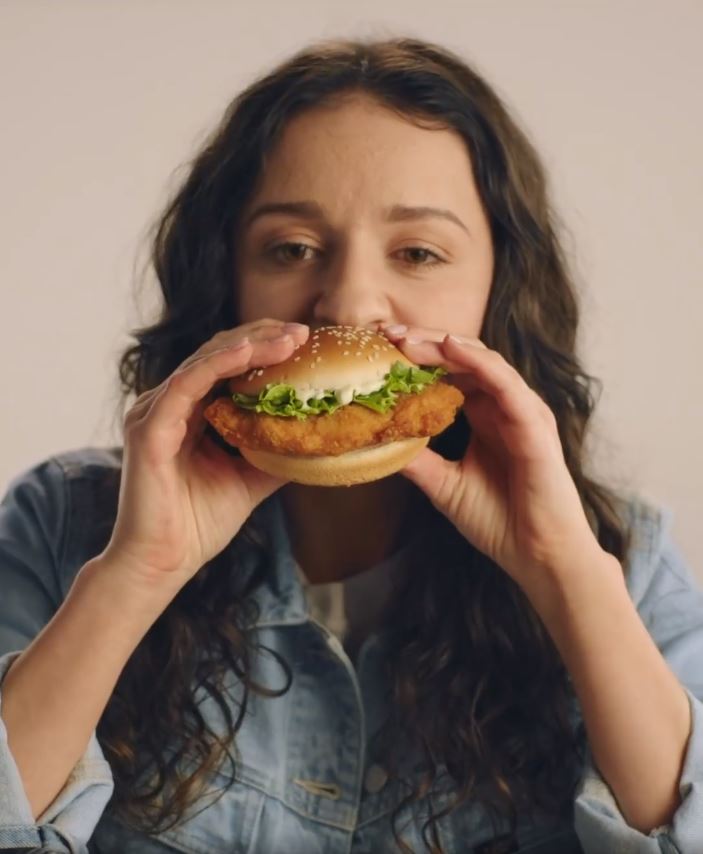 Apparently, just one bite caused her to fan herself and take a sip of a drink. 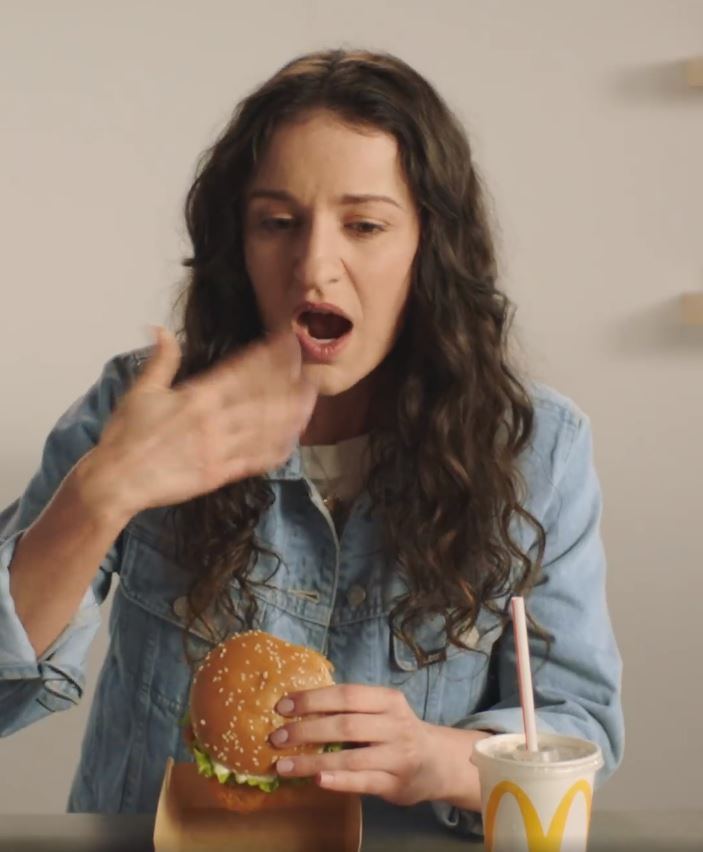 She then proclaims it to be “very spicy”. 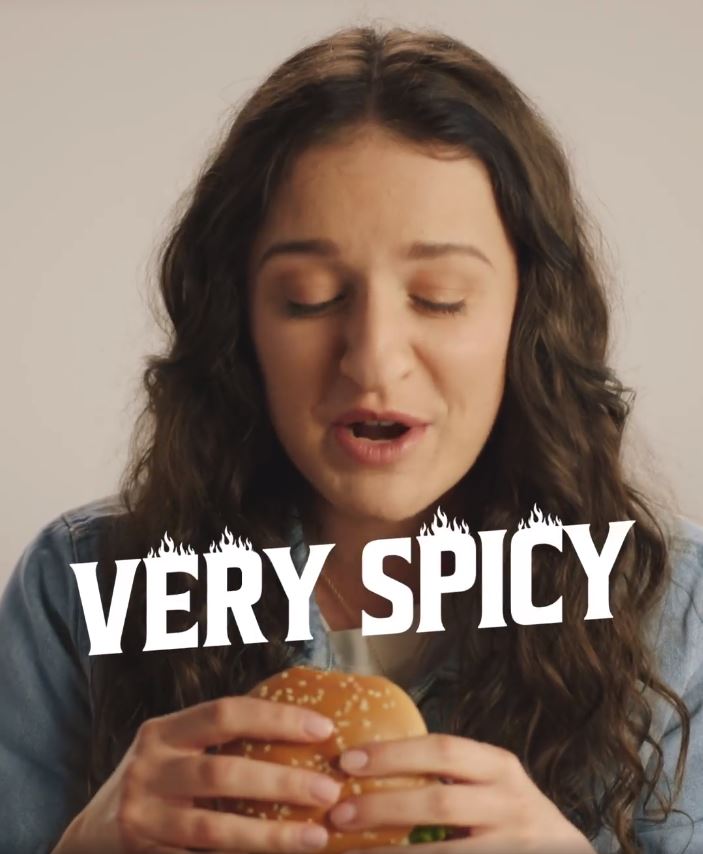 It’s “very good” though, she adds.

While you might not trust the verdict of an ang moh when it comes to spicy food, a Singaporean stuck Down Under, probably due to the Covid-19 pandemic, has also tried the burger.

The netizen posted on Reddit that he was surprised to find that Macca’s had added the McSpicy into their menu. 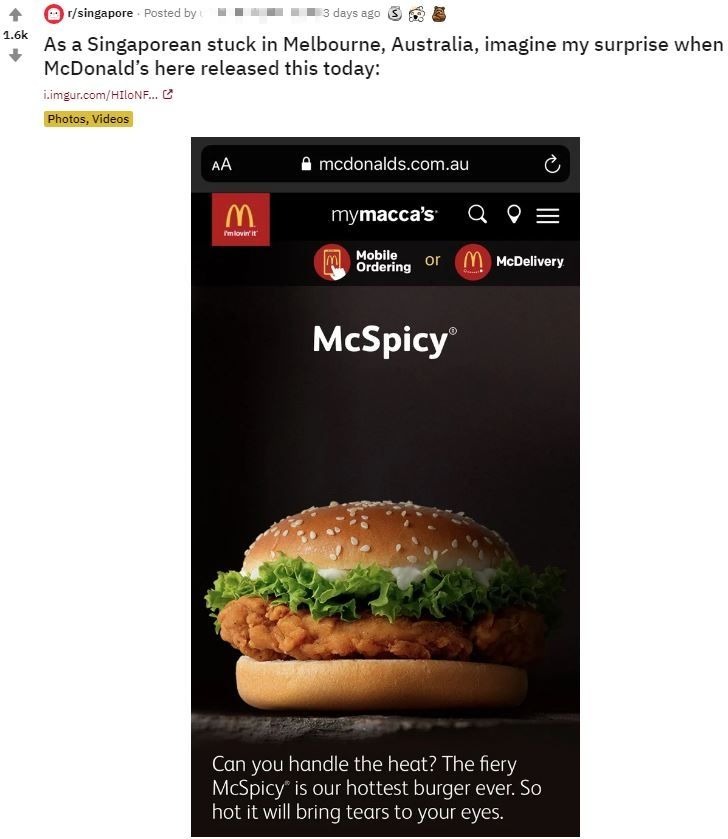 Like any true-blue Singaporean, he had to try it, and rated it an encouraging 9 out of 10.

He said it tastes “very similar” to Singapore’s version, though the buns are softer.

However, the prefers the crispier chicken of Singapore’s McSpicy. 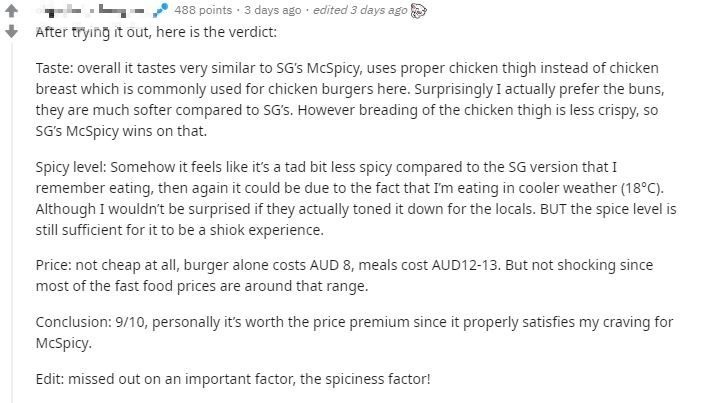 However, Singaporeans who love spicy food (that’s like 99% of us) would want to know the verdict on the level of spiciness.

To that, the netizen said the Australian version seems less spicy than the Singapore one, but it’s still “shiok” enough.

He also said that maybe it’s because the weather was colder when he ate it, or they toned down the spiciness for Australians.

Going by the fact that the standard of living in Australia is higher and most fast food there costs that much, he still thinks it’s worth it, especially for Singaporeans craving for a taste of home. 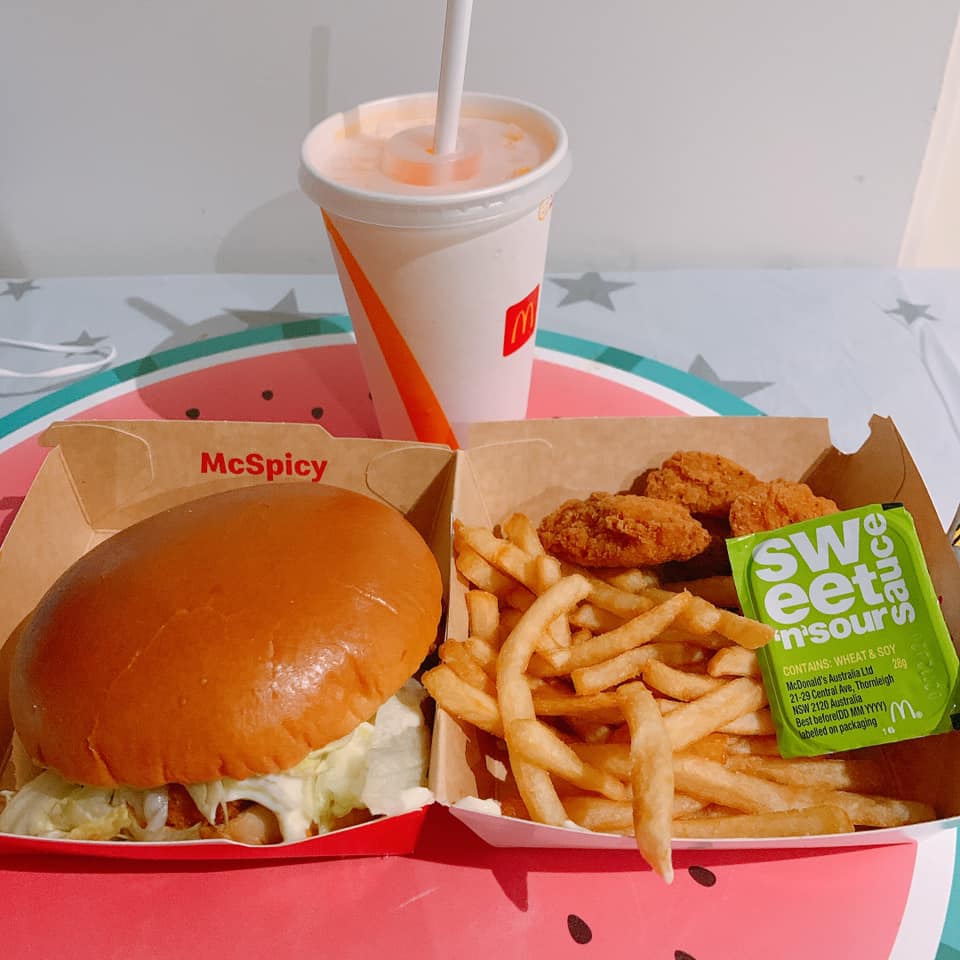 Netizens say it’s not as spicy

However, some were left disappointed, saying that it’s not as spicy.

One response to the OP’s Reddit review, however, asked another pertinent question: Did it have the same, ahem, after effects?

To that, he answered that it was too soon to tell, as experienced McSpicy eaters would know that the full impact of the meal won’t be felt immediately.

Sharing McSpicy across the seas

We’re glad that Australians can now share in Singaporeans’ local favourites, even if it’s a fast food meal.

We wish those in Singapore could taste test it for ourselves, but we’re also stuck here due to Covid-19 travel restrictions.

Perhaps we can ask our friends in Australia to bring some back for us though, since they can travel here without isolation.

Till then, there’s always our local version of McDonald’s that we’re eternally grateful for.