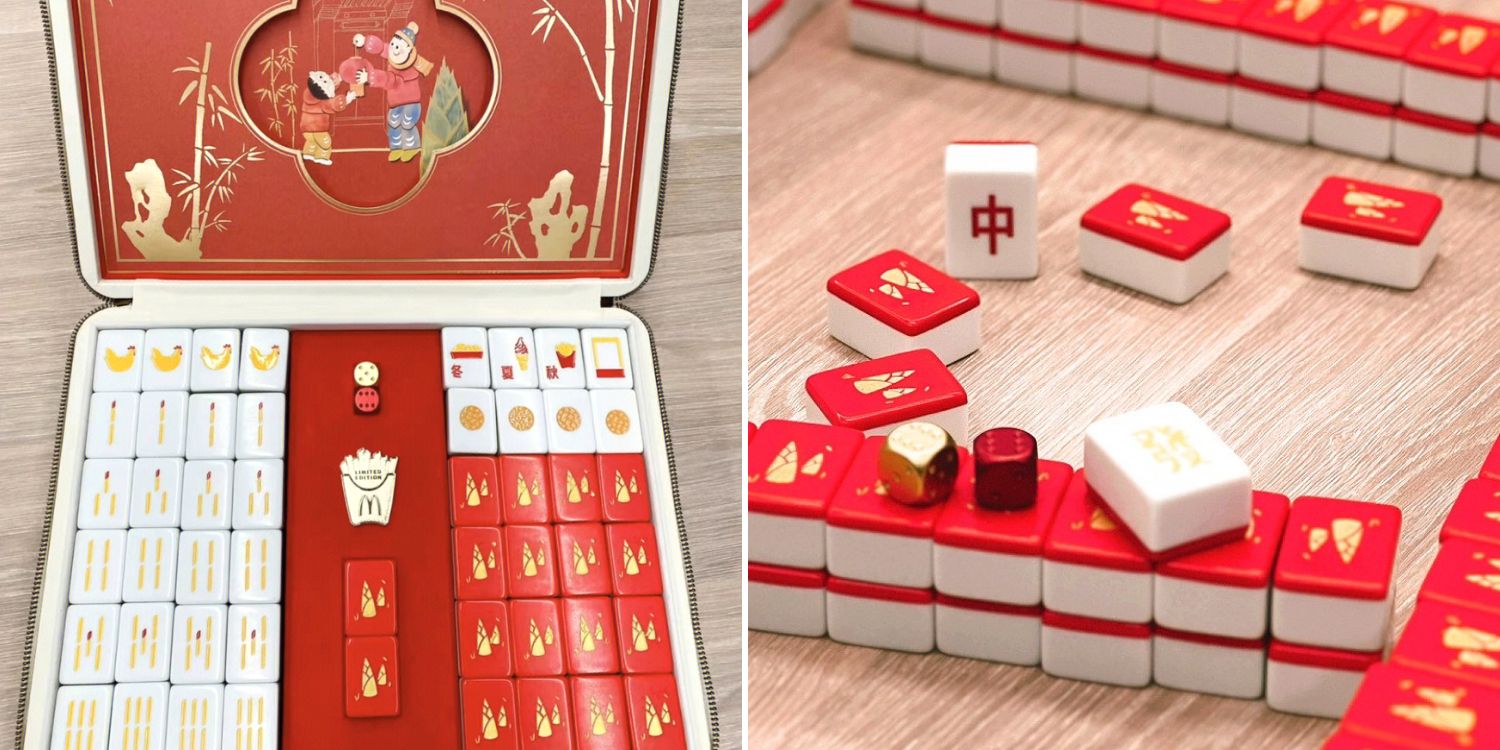 Only 2,000 mahjong sets were released.

Limited-edition mahjong sets are fast becoming the new Chinese New Year (CNY) trend, with shoppers scooping them up like hotcakes every season.

Some of them have even landed on Carousell due to scalping, like the Hello Kitty mahjong sets from FairPrice.

Now, McDonald’s in China has hopped on the bandwagon by releasing its own mahjong set. 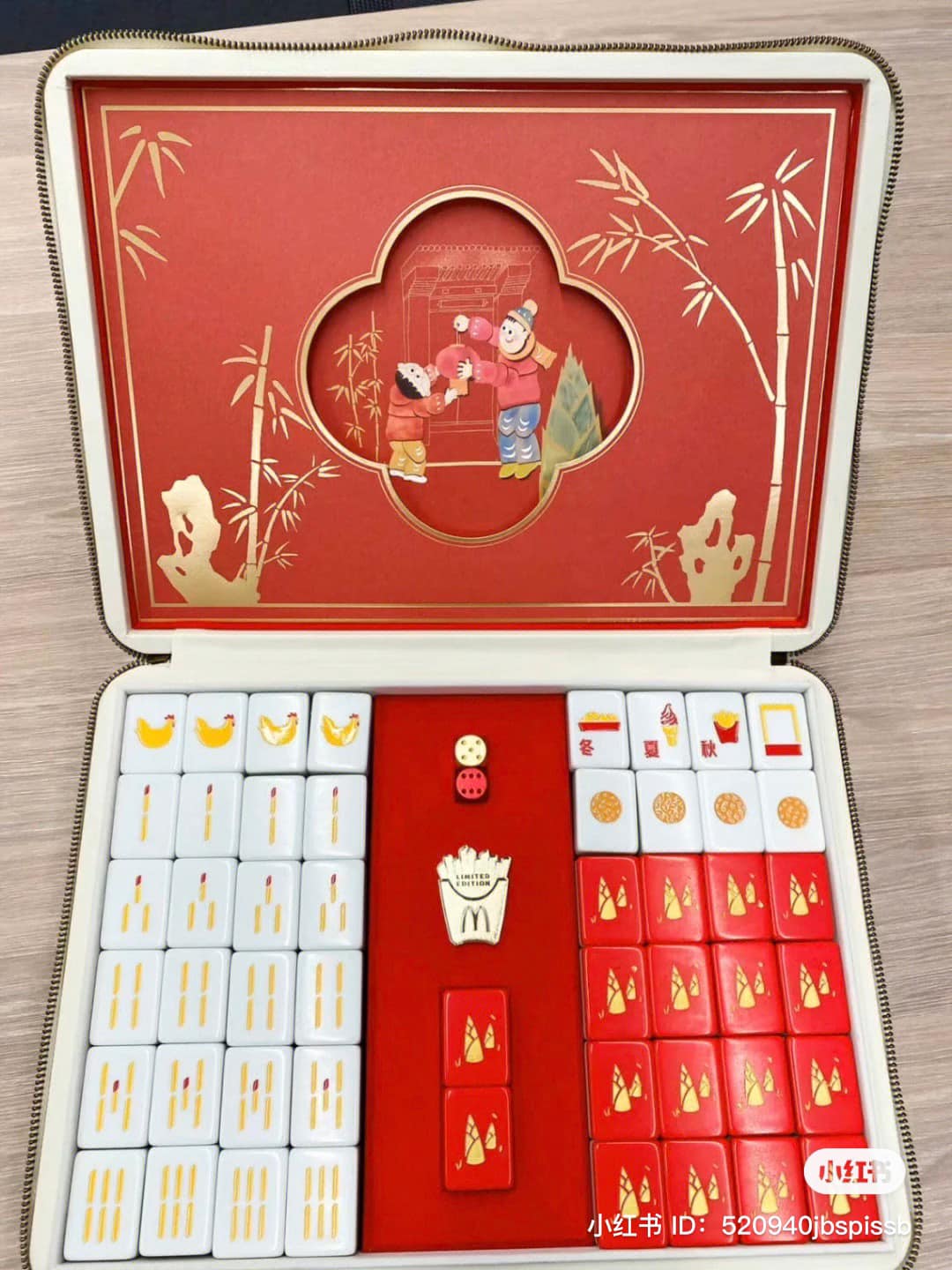 The exclusive design has McDonald’s stamp all over it, from food-themed tiles to a fries-shaped badge to dice in red and yellow, or golden like the brand’s famous arches.

Recently, pictures of the McDonald’s mahjong set have been popping up across social media platform Xiaohongshu.

The set, which comes in a white leather case and features the iconic Golden Arches, is an exclusive item that certainly looks the part. 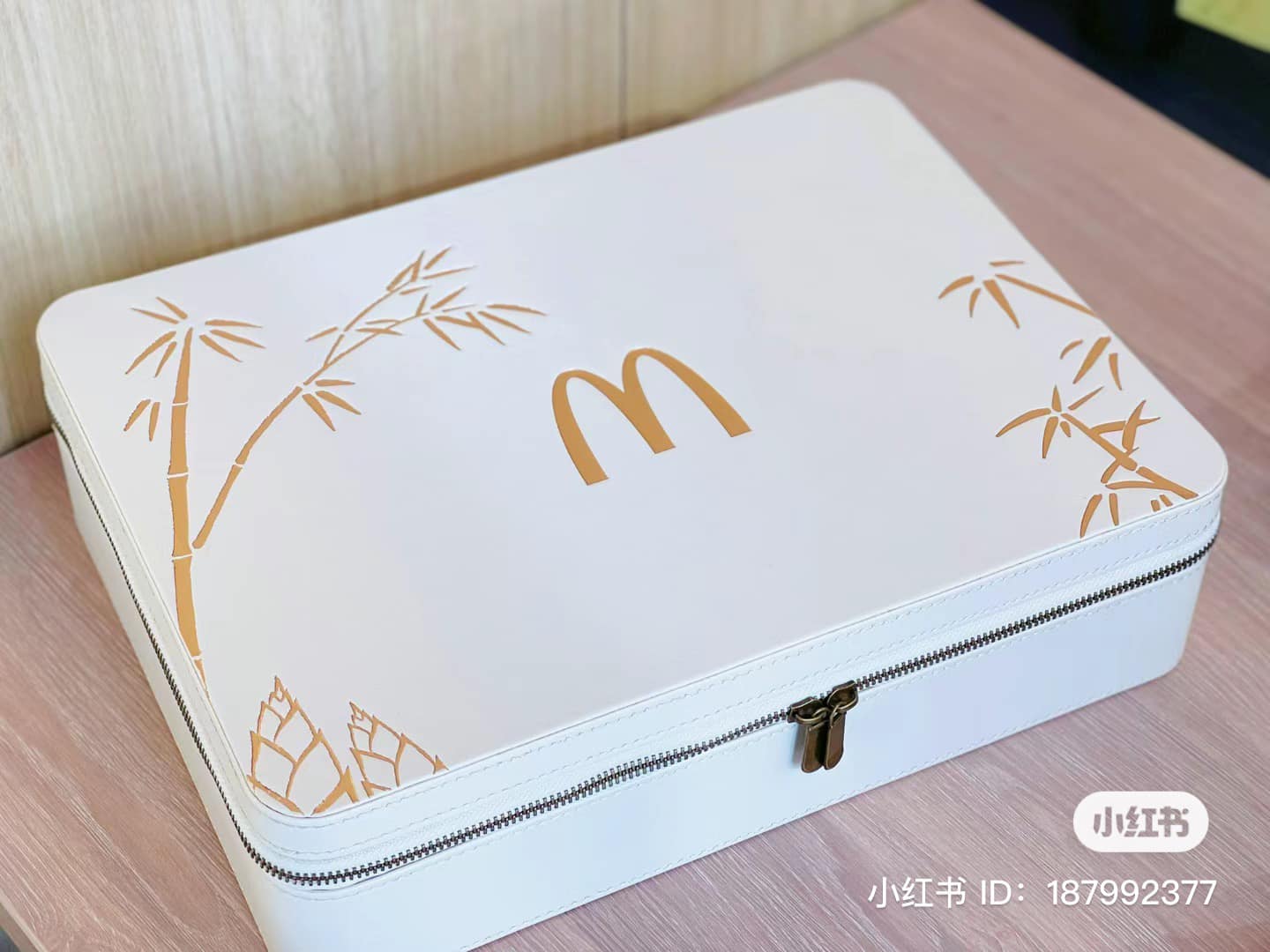 Adorning the case are golden bamboo stalks and shoots, which symbolise good luck and income.

Inside the case is a poster hanging featuring two children hanging up a Chinese lantern, flanked by more bamboo.

Of course, all of these are merely supporting characters to the main event, which are the tiles themselves.

Instead of bamboo, most tiles feature French fries, some of which are dipped in ketchup. The ketchup-dipped fries are also cleverly incorporated into the tiles in other ways, like the Chinese characters for North, South, East, and West.

Those with a love of tradition don’t need to worry though, as bamboo is still very much present in the form of shoots on the back of each tile.

Fans of McDonald’s other menu items will be happy to see the hot cup, ice cream cone, and chicken nuggets as well, which feature on the Spring, Summer, and Winter tiles respectively. 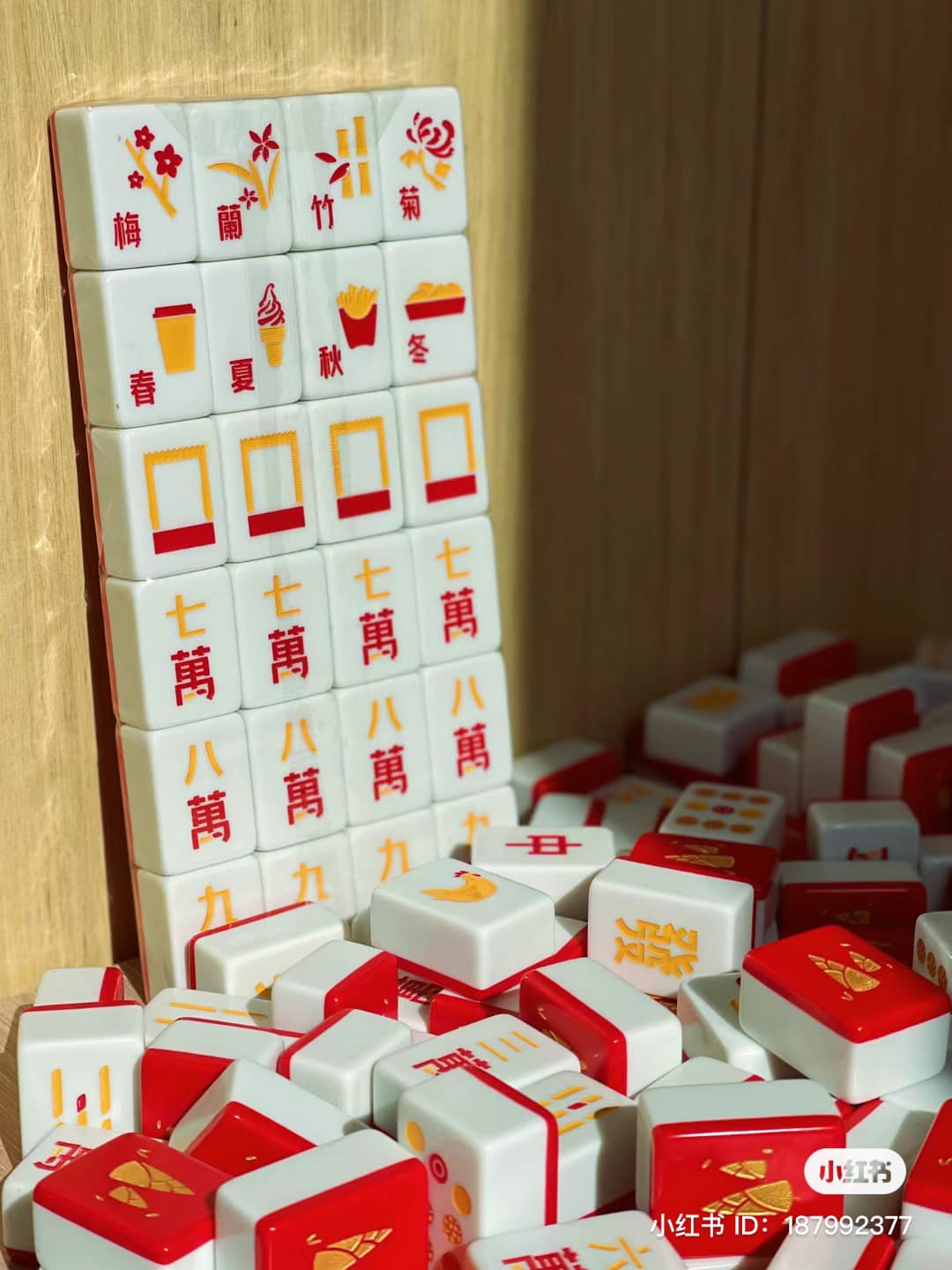 On top of all that, the set includes a set of red and yellow dice and a limited edition golden fries badge.

Set released in China on 11 Jan

According to Xiaohongshu user Wen Jun Sister (transliterated from Mandarin), the mahjong set was due for release on 11 Jan via the McDonald’s China app.

Another user, @liangbae, added that customers can redeem the set with a combination of points and cash.

With only 2,000 sets available, there was unsurprisingly a mad rush for the one-of-a-kind product. According to Radii, all 2,000 mahjong sets were sold out within seconds of the launch.

If you’re lucky enough, however, you may be able to find resellers even all the way here in Singapore, so you can get your hands on the set.

No matter the price you pay for the set, let’s hope you’ll end up lovin’ it.