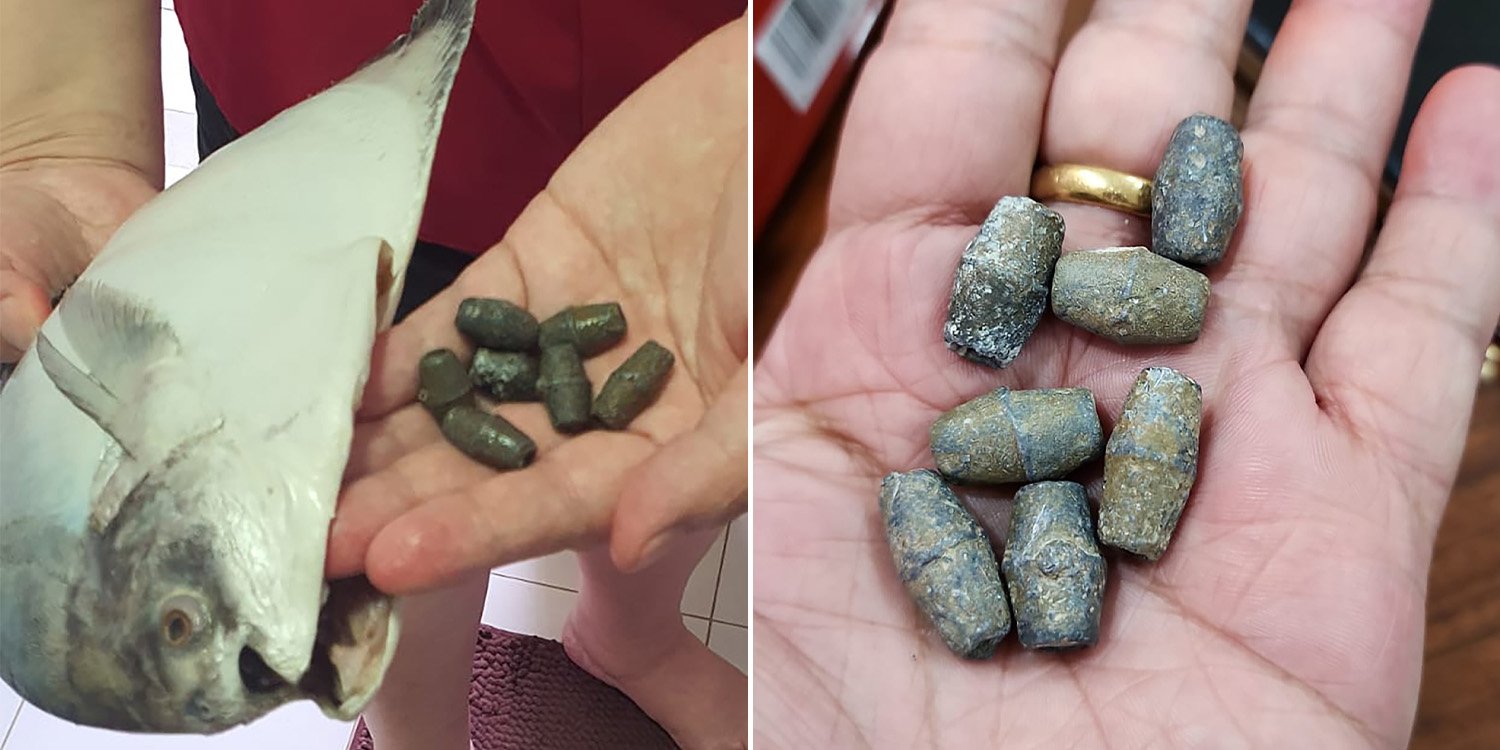 They eventually cooked and ate the pomfret.

Over the Chinese New Year (CNY) weekend, many of us have been busy with donning our best new clothes, visiting our relatives and gorging ourselves full on steamboat dinners.

One family, however, got the shock of their lives during the holiday.

A woman purchased a pomfret from a Sheng Siong outlet in Punggol, intending to cook it for her son’s birthday which coincidentally fell during the long break.

To her horror, she discovered metallic weights in its stomach. 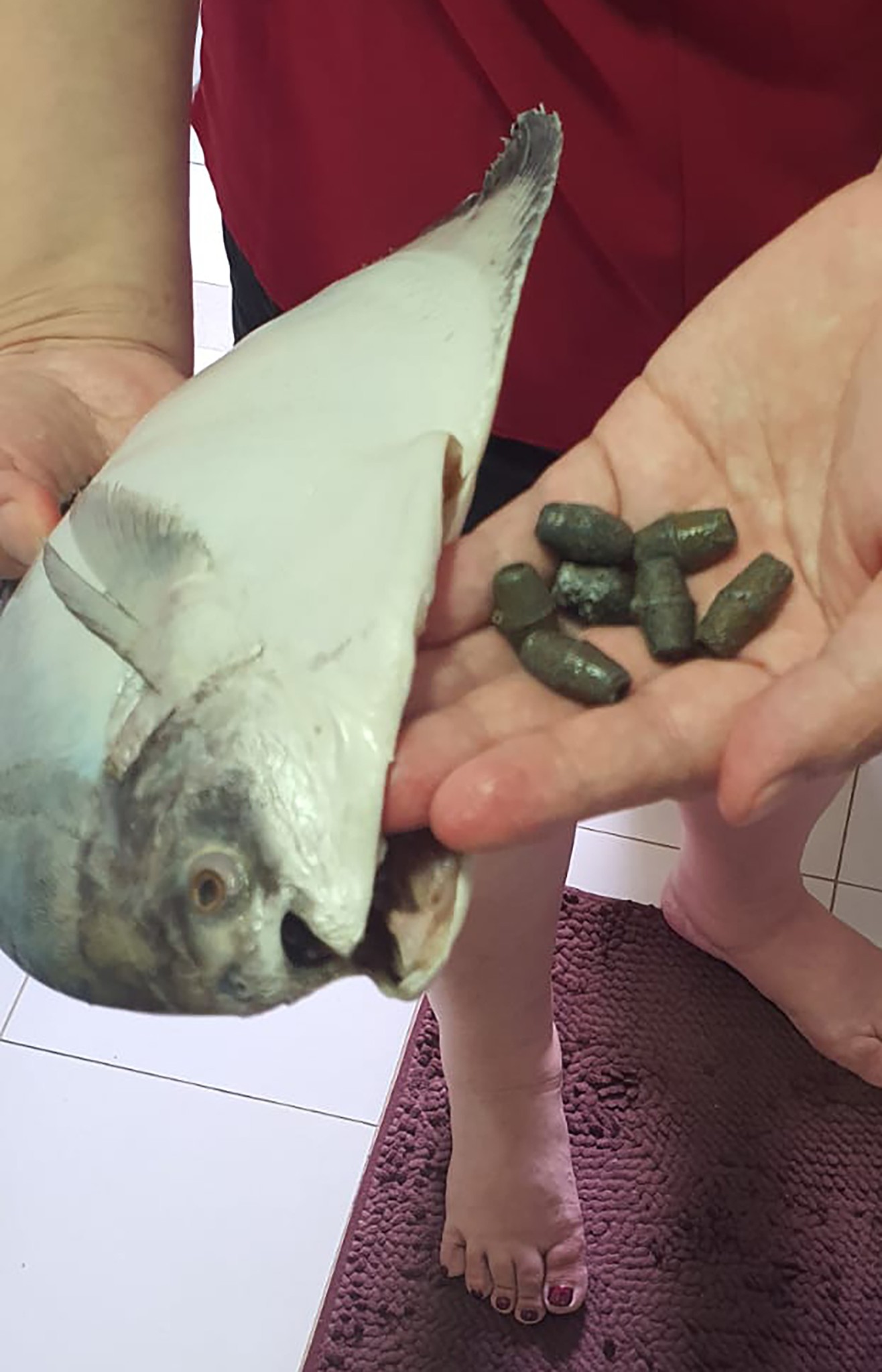 As her son’s birthday was on CNY and their relatives were coming over, she wanted to celebrate the occasion by cooking dinner.

On the first day of the long weekend, Mr Xie and his wife began preparations to cook a steamed pomfret for their guests.

However, they discovered seven metallic weights inside the fish’s stomach as soon as they opened it up. The weights are believed to be lead items used for fishing. Mr Xie provided pictures which showed them containing quite a bit of rust.

The length of time for which the items were in the pomfret is unclear.

In the end, they included the steamed pomfret in the dinner, and nobody who ate it appeared to suffer from any ill-effects.

Mr Xie said he did not blame the supermarket for the incident. He pointed out that the pieces only weighed around 100g.

“Sheng Siong Supermarket will not lie to me for this money,” he stated.

Instead, he hoped that the Sheng Siong outlet would be more careful when checking products from suppliers.

In addition, Mr Xie urged the public to be attentive when purchasing fish and ensure it is clean before cooking.

A Sheng Siong spokesperson told Shin Min Daily News that the weights were not placed by the supermarket.

It also said it will notify the responsible supplier about the incident and if similar incidents are discovered in the future, the chain will no longer work with them.

Besides thanking Mr Xie for alerting them and for giving them his trust, Sheng Siong called on customers to reach out to them so that they can provide assistance.

MS News has reached out to the Singapore Food Agency (SFA) for more information and will update the article if they reply.