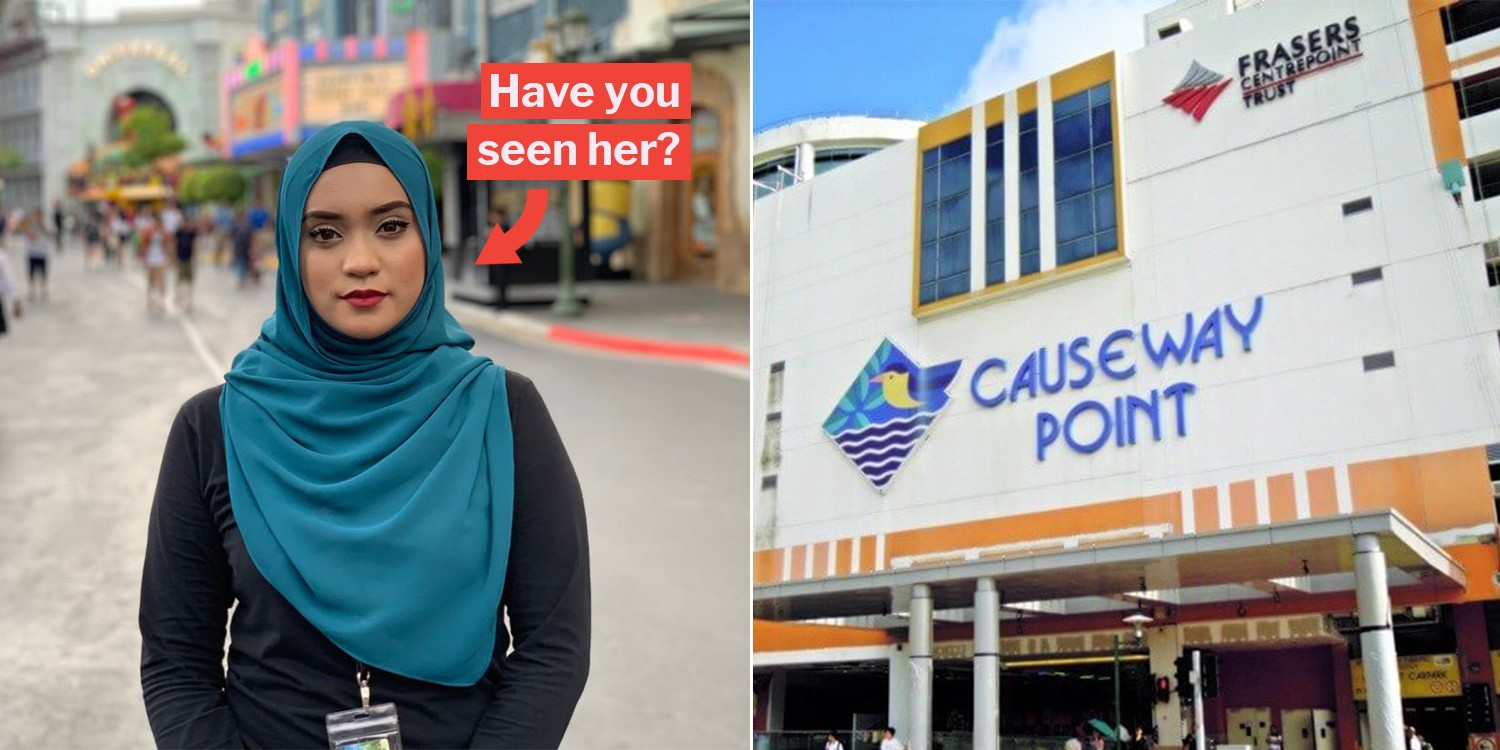 Anyone would get understandably anxious and worried if their loved ones do not come home without giving any prior notice.

That was exactly the case for Wairah, who is currently appealing for the whereabouts of her missing sister, Anna.

She took to Twitter on Thursday (27 Jun) to appeal for her sister’s whereabouts. 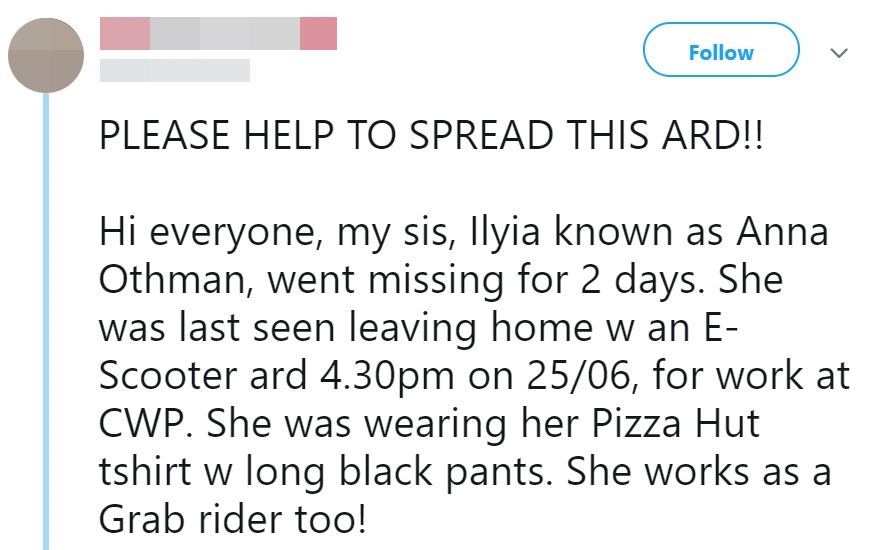 Anna was last seen leaving their home in Woodlands on Tuesday (25 Jun).

According to Wairah, her sister went missing after leaving home with her e-scooter on 25 Jun, at around 4.30pm. 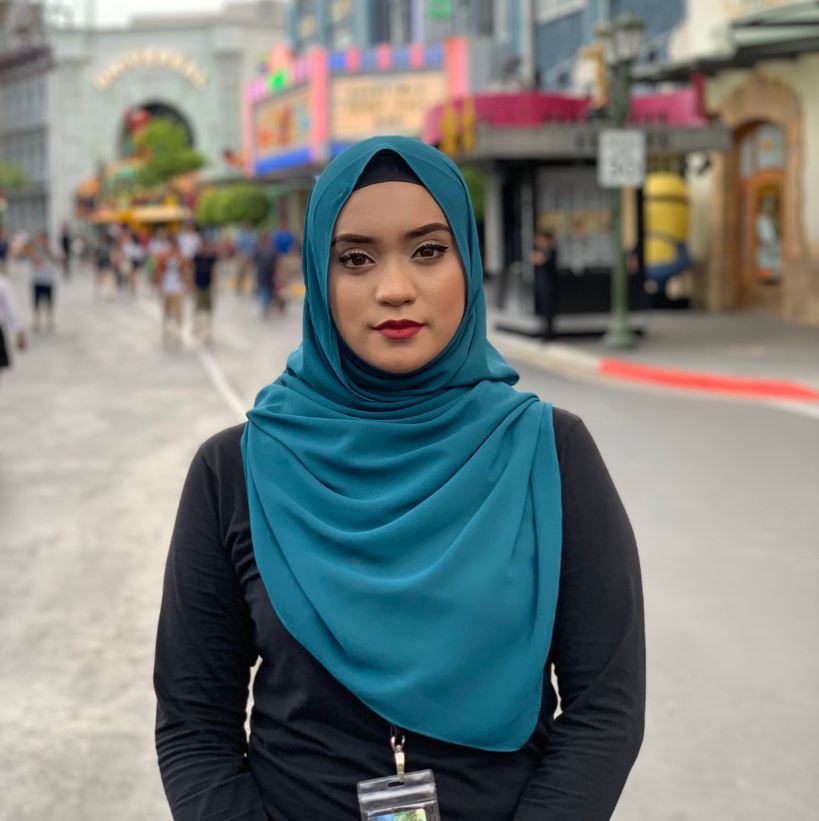 She was allegedly heading to Causeway Point for work and was dressed in a Pizza Hut T-shirt and long black pants.

According to the tweet, Anna also works as a GrabFood rider. 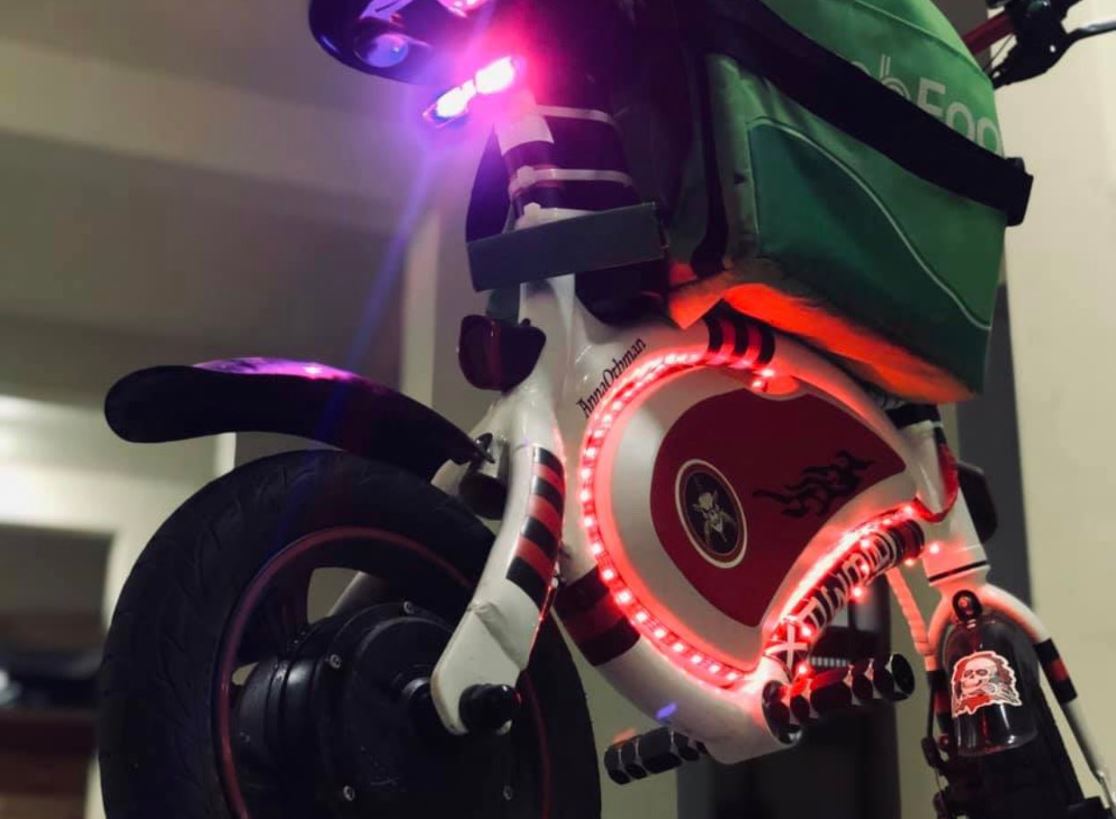 Her sister believes Anna can be found either in Woodlands, Marsiling, or Yishun.

Wairah and her family have since filed a police report, and are also appealing for information on Anna’s location. 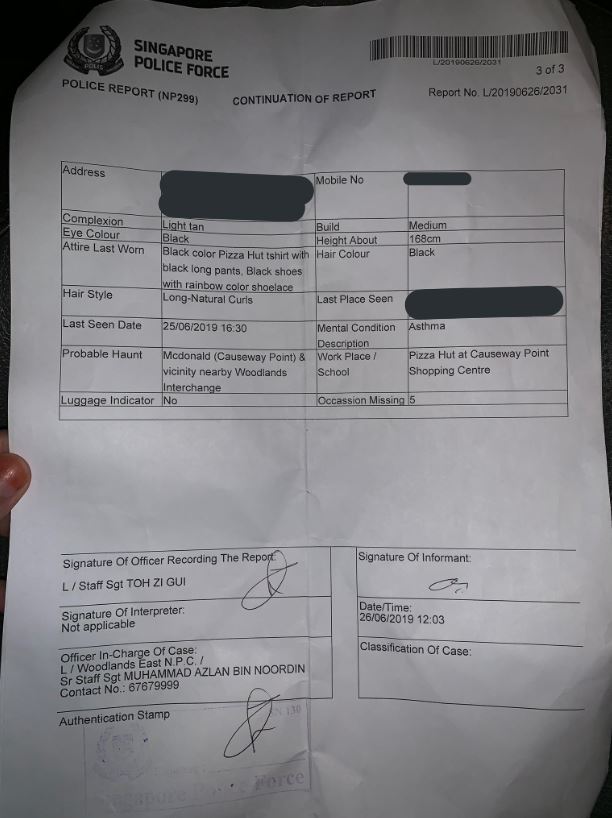 If you have any information regarding Anna’s whereabouts, drop Wairah a message on Twitter here, or contact their mother through her handphone number provided in the tweet.

We hope Anna will be reunited safely with her family soon.