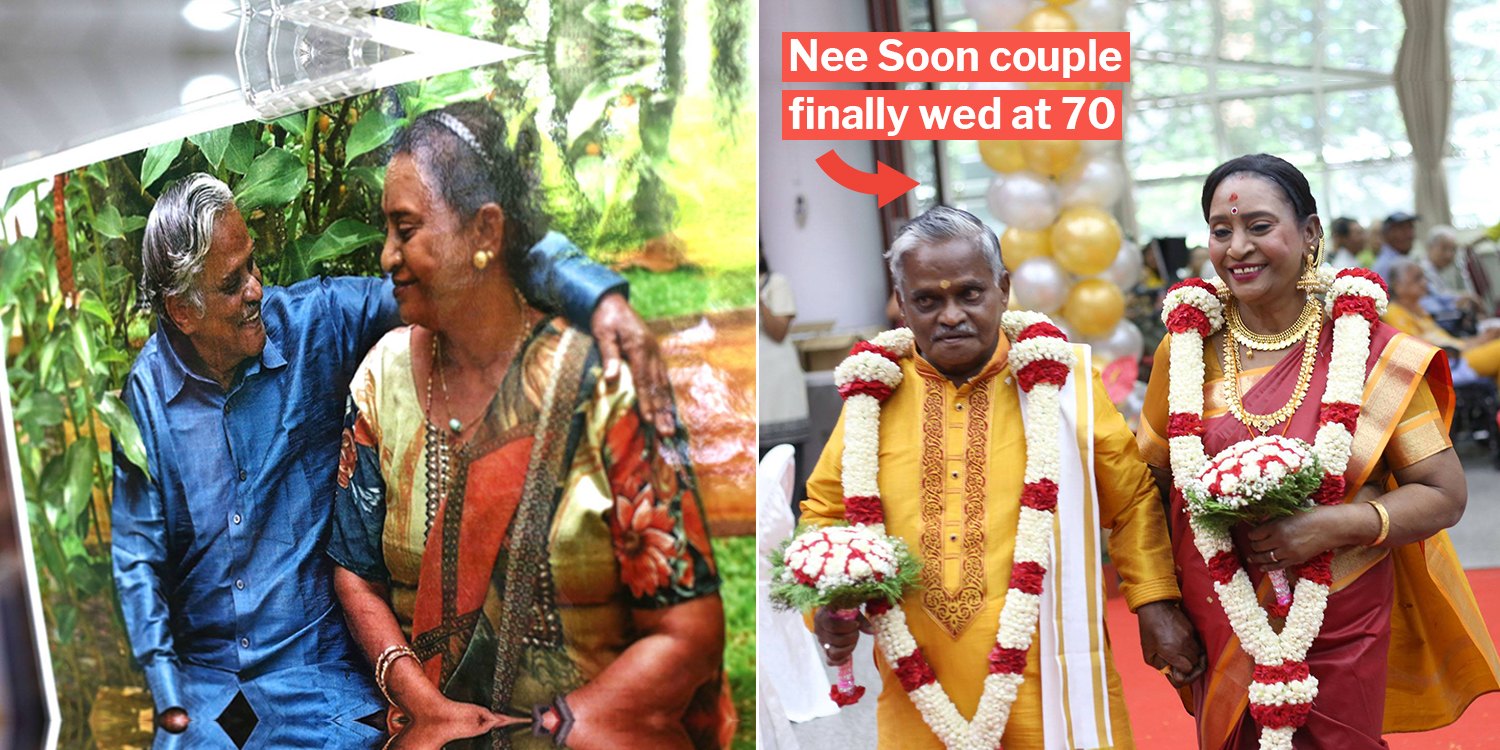 To single as a Pringle Singaporeans who still haven’t met their soulmates, this sweet love story of a newly married couple in their early 70s will teach you never to give up hope. Law Minister K. Shanmugam shared how this couple defied the odds and found true romance at a mission home on Saturday (13 Apr) via Facebook. This is how 2 pioneer generation members who were both married before, decided to walk down the aisle once again. This time, with each other.

Ms Savithiri signed up for a “skills upgrading class” and a strapping gentleman named Mr Velappan caught her eye — and vice versa. 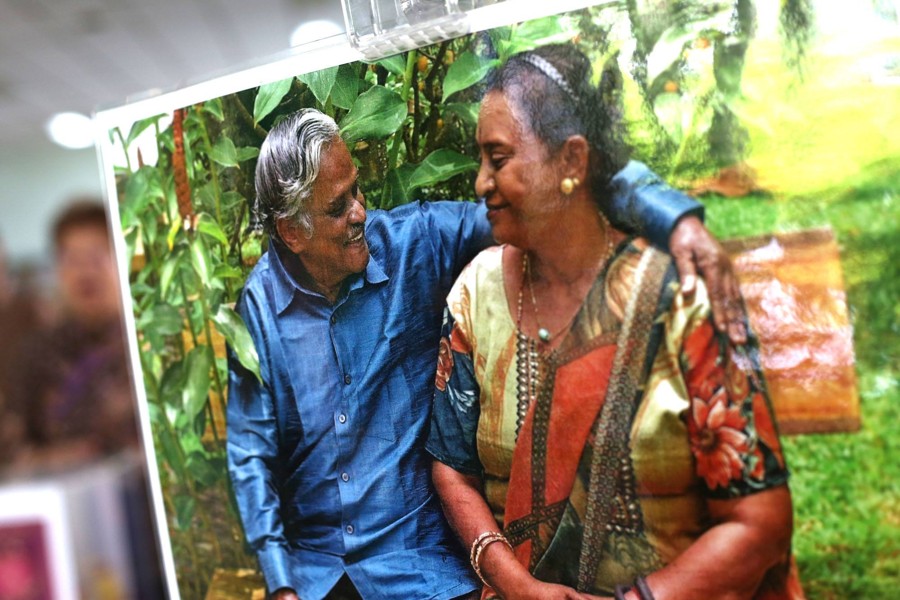 They went for “coffee after class”, and struck up a fast friendship. 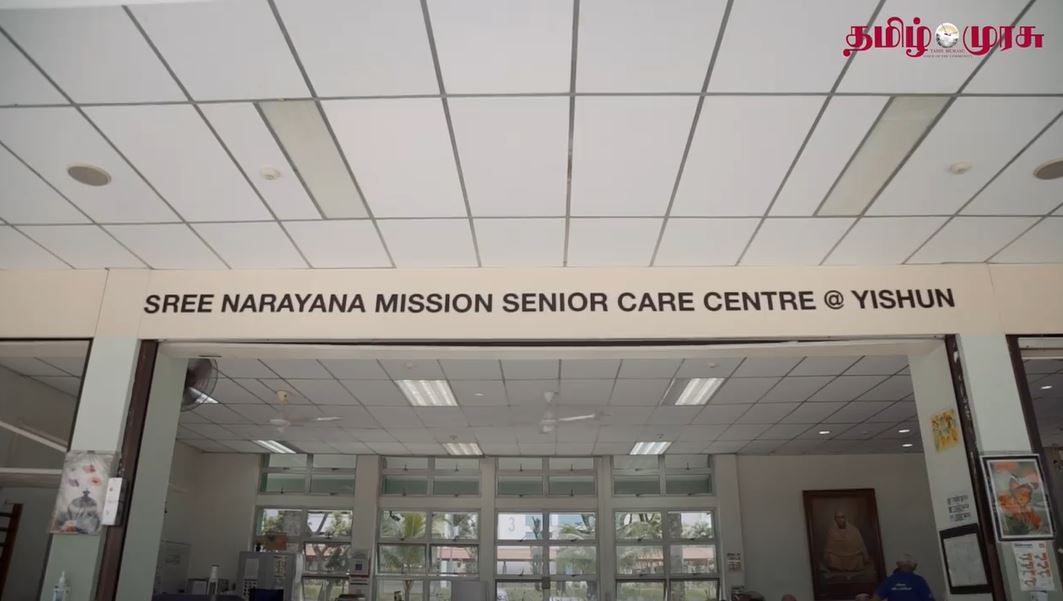 Ms Savithiri then urged Mr Velappan to seek help at a mission centre to undergo rehab. She was with him every step of the way, visiting him “regularly…for over 10 years”.

Mr Velappan shares that she would dabao his favourite dishes, mee goreng, nasi goreng briyani & mee siam. Sometimes if he was good, he’d get curry puffs as a snack.

He even said of her in an interview,

She’s the goddess who gave me life.

The way to a man’s heart is his stomach indeed.

To pass the time, they would go to Rex Theatre to catch movies. 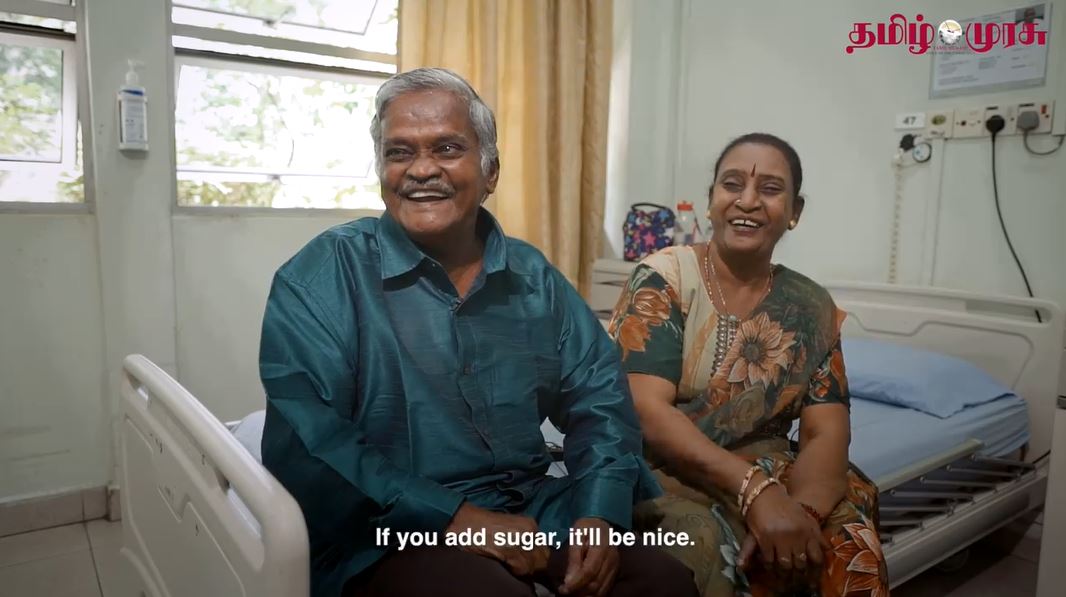 In response to Ms Savithiri sharing that she didn’t think modern movies were too nice, Mr Velappan quips cheekily,

If you add sugar, it’ll be nice.

The couple – who’s clearly adorably in love – laughs heartily at his joke in the interview. You can watch the short clip here.

As time went by, mutual admiration & support grew into something more — a desire to settle down with each other.

In Ms Savithiri’s own words,

I’m like an orphan. He also has no one. I want to take care of him and cook for him.

Staff at Sree Narayana Mission Senior Care Centre were so touched by their commitment to each other, they decided to pull out the stops to make the wedding happen for the couple. 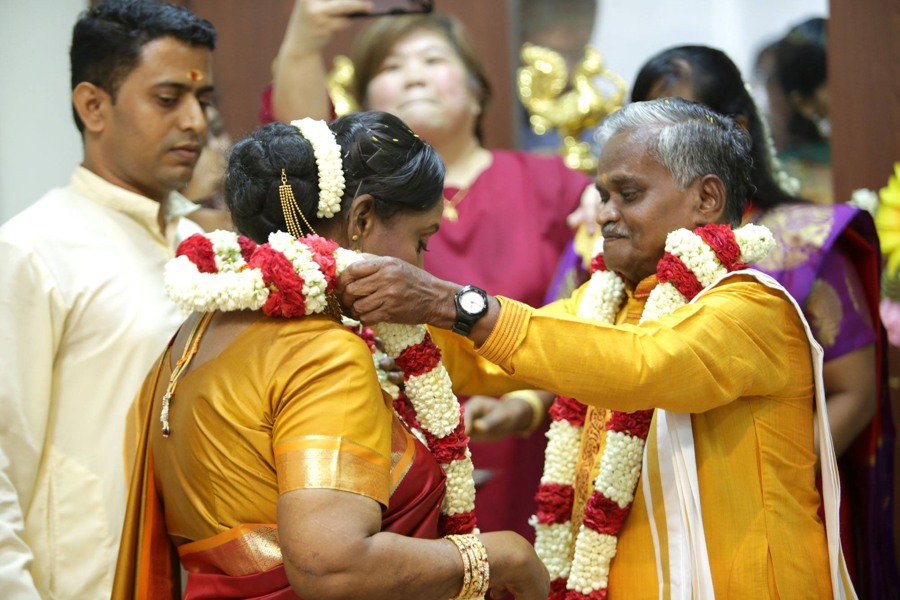 Both Mr Velappan & Ms Savithiri – who are in their early 70s – finally wed on 12 Apr in an intimate ceremony at the mission home attended by Mr Shanmugam. 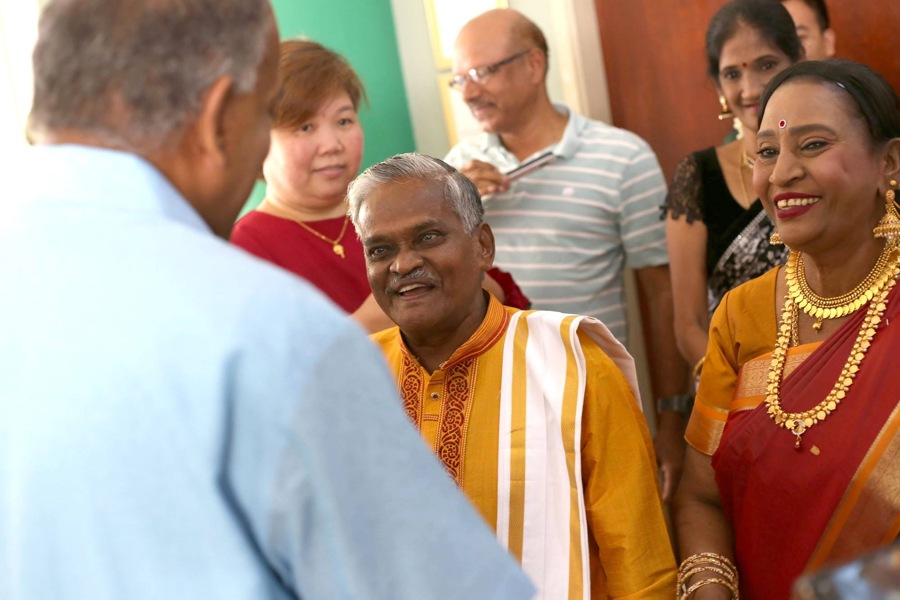 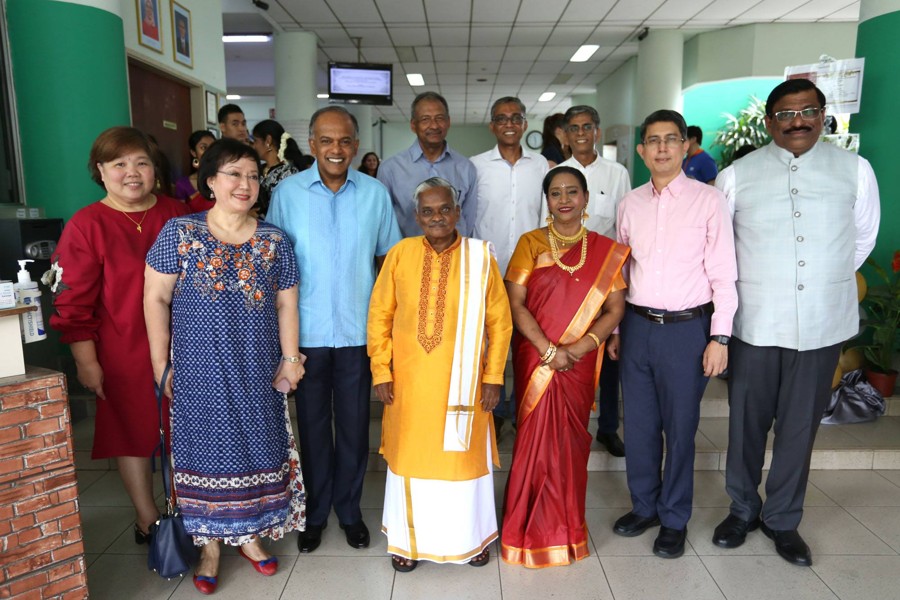 Now that Mr Velappan is married and has completed rehab, he’ll be able to move into her Nee Soon flat, and the couple can enjoy marital bliss at long last. 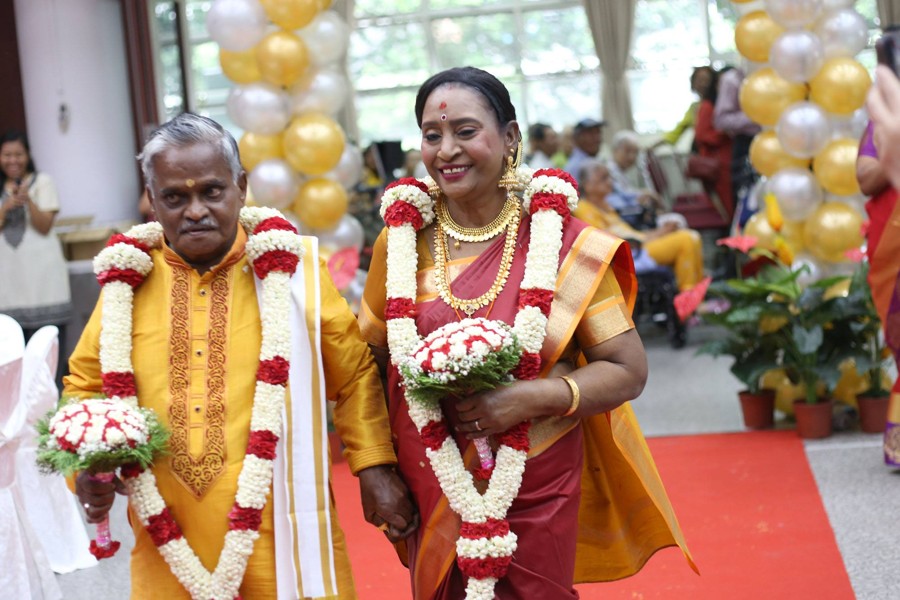 Every happiness to the inspiring couple

We at MS News wish the lovely couple every happiness and that they’ll be able to continue to support each other through thick and thin. 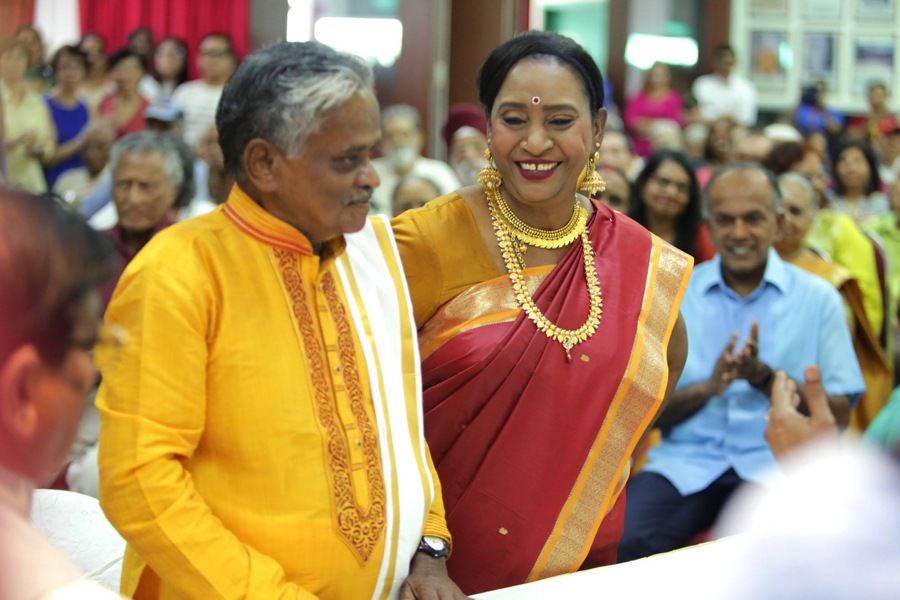 May their love story inspire many other Singaporeans to never give up on the search for true love.

When it comes to love, age is but a number after all. 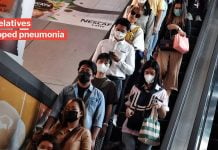 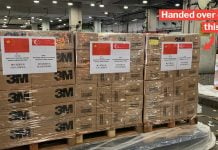