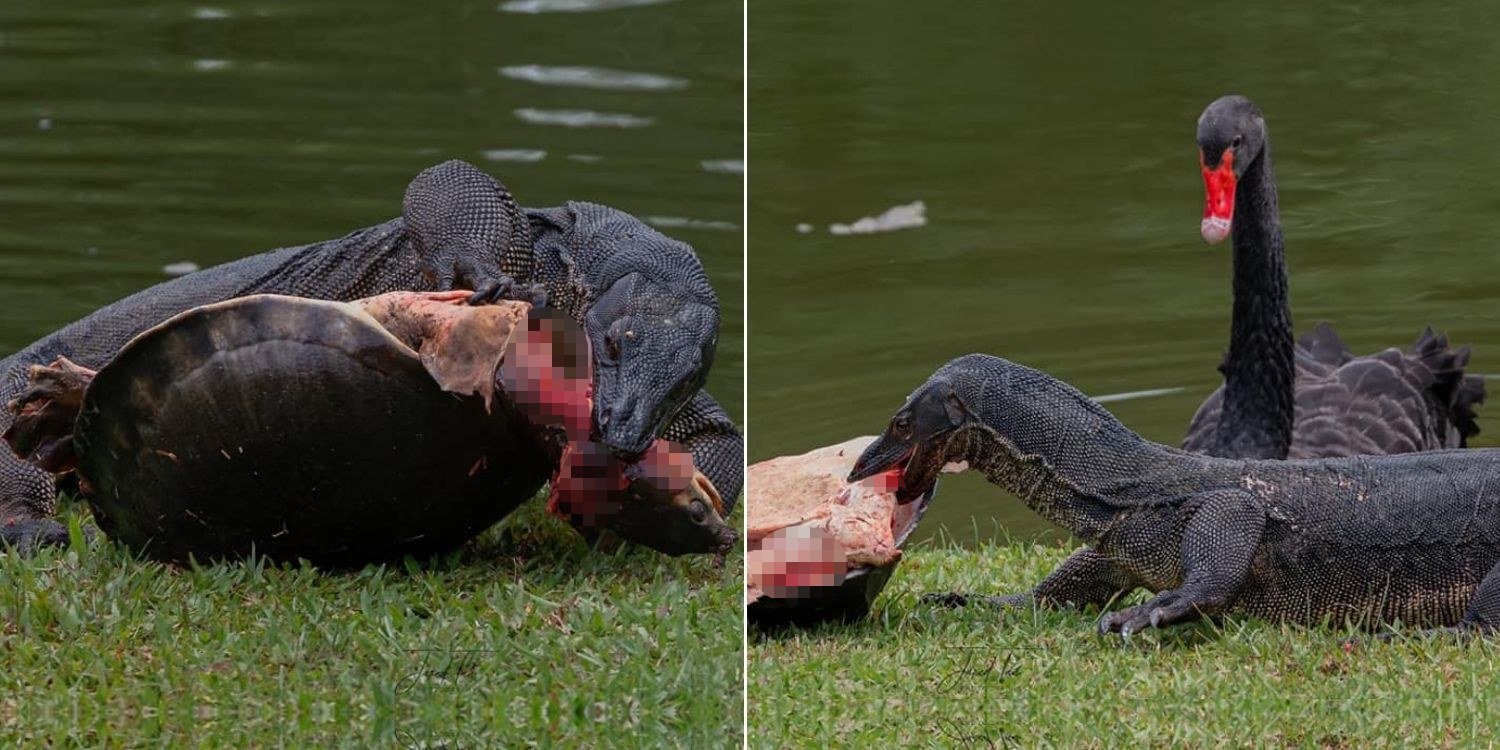 DISCLAIMER: Readers may find some images in the article rather unsettling. Viewer discretion is advised.

Though nature can seem brutal, it is only part and parcel of life.

Recently, a netizen caught sight of a Nat Geo Wild moment as he witnessed a massive monitor lizard feasting on a pig-nosed turtle at the Singapore Botanic Gardens.

The scene was even more fascinating as a swan nearby seemed to be watching helplessly.

He also elaborated more about what happened on his Instagram page.

The netizen was at the Botanic Gardens on Sunday (12 Sep) to test out his camera by photographing kingfishers diving. However, he decided to leave after being disappointed that he was unable to take any good shots.

While he was leaving, he spotted a couple of otters at Eco Lake. But upon looking closely, he realised that a huge monitor lizard was eating a pig-nosed turtle. 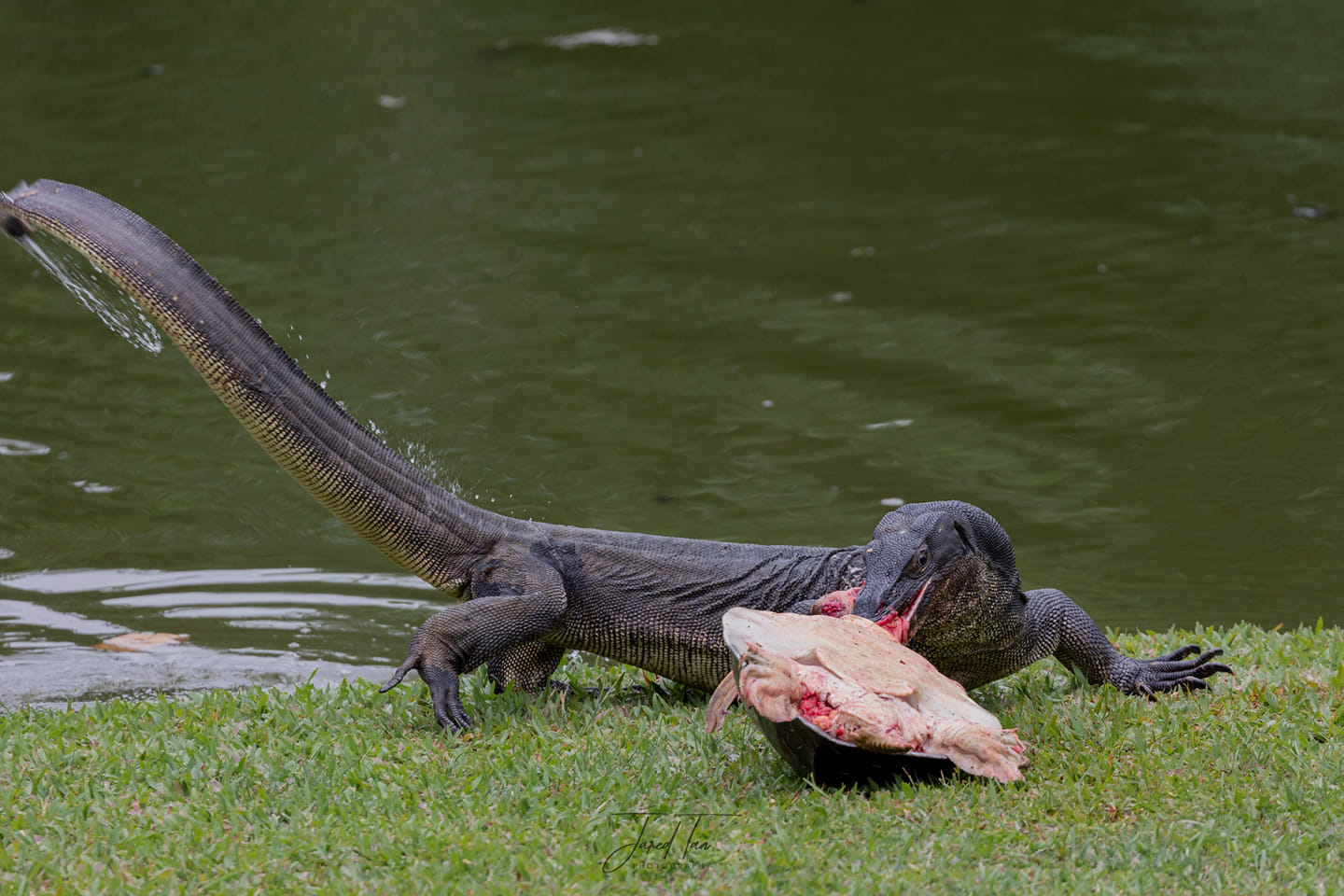 The monitor lizard could be seen brutally ripping the turtle’s neck apart. 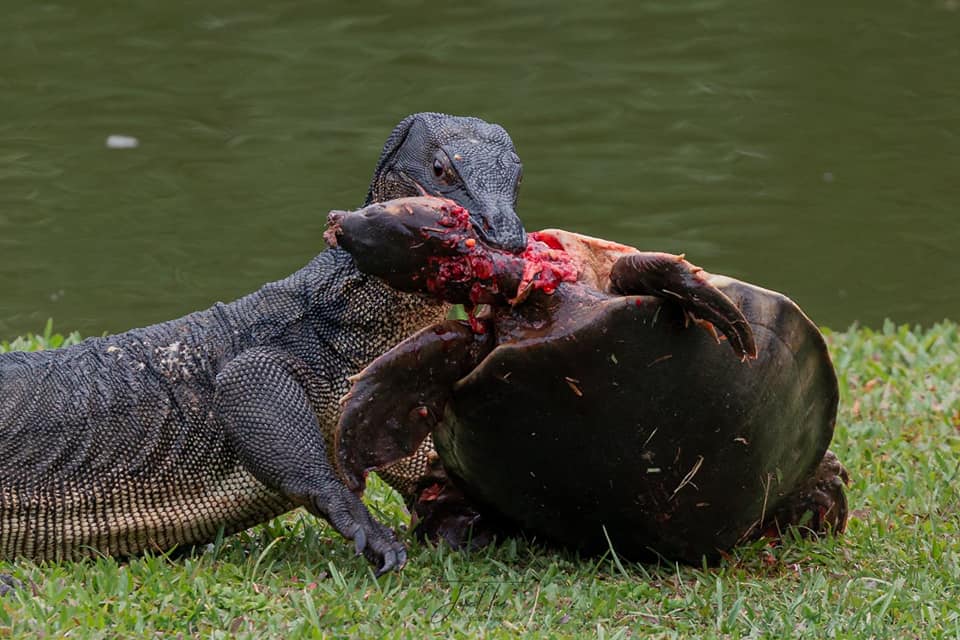 Though the cause of the turtle’s death is uncertain, it could be linked to another picture on Facebook of several otters surrounding the animal’s carcass at the same place and time. While the monitor lizard was busy enjoying its meal, a black swan swam nearby, looking rather concerned. 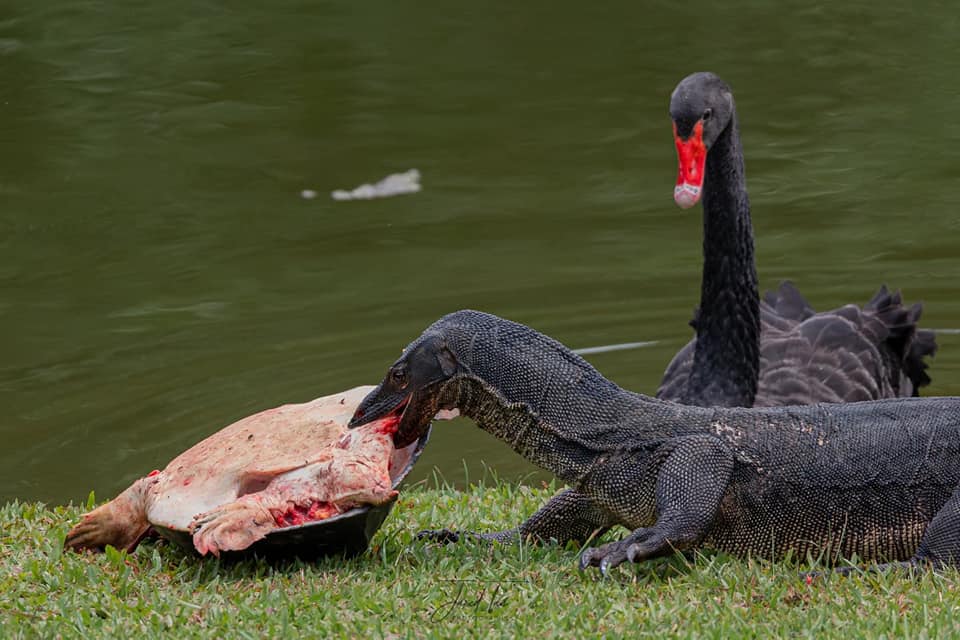 Noticing its onlooker, the monitor lizard stared at the black swan, as if trying to intimidate it. The swan later swam away. 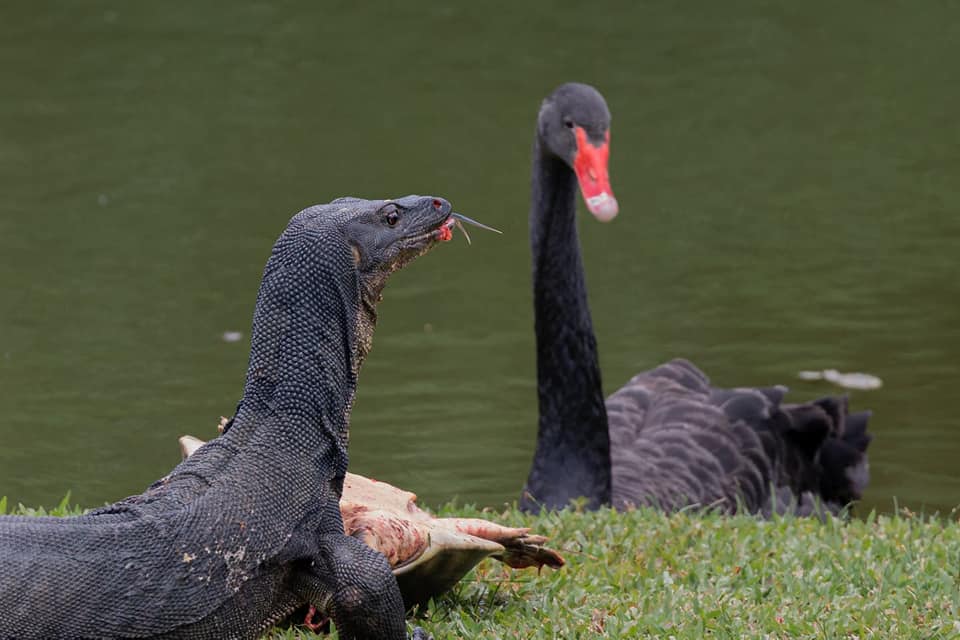 Likely noticing the photographer observing it too, the monitor lizard seemed to strike a silly pose by sticking its tongue out. 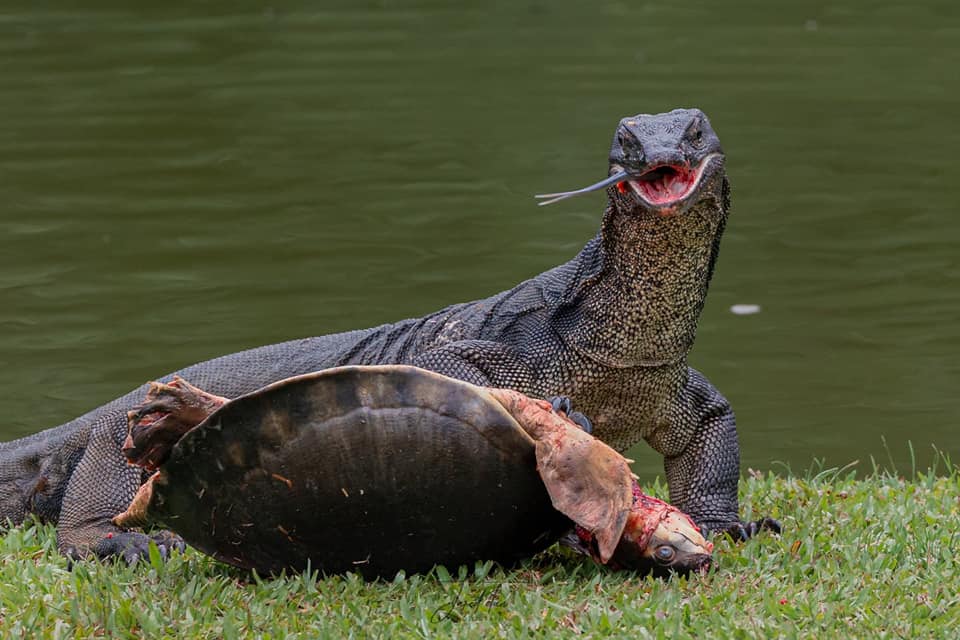 Eat or be eaten

Though nature can seem brutal to some, seeing it unfold before our very eyes can be fascinating too.

After all, similar to how we need food to survive, animals need to find a way to live too.

Kudos to the netizen for capturing such an interesting scene.

Do remember to keep a distance if you see something like this happening.