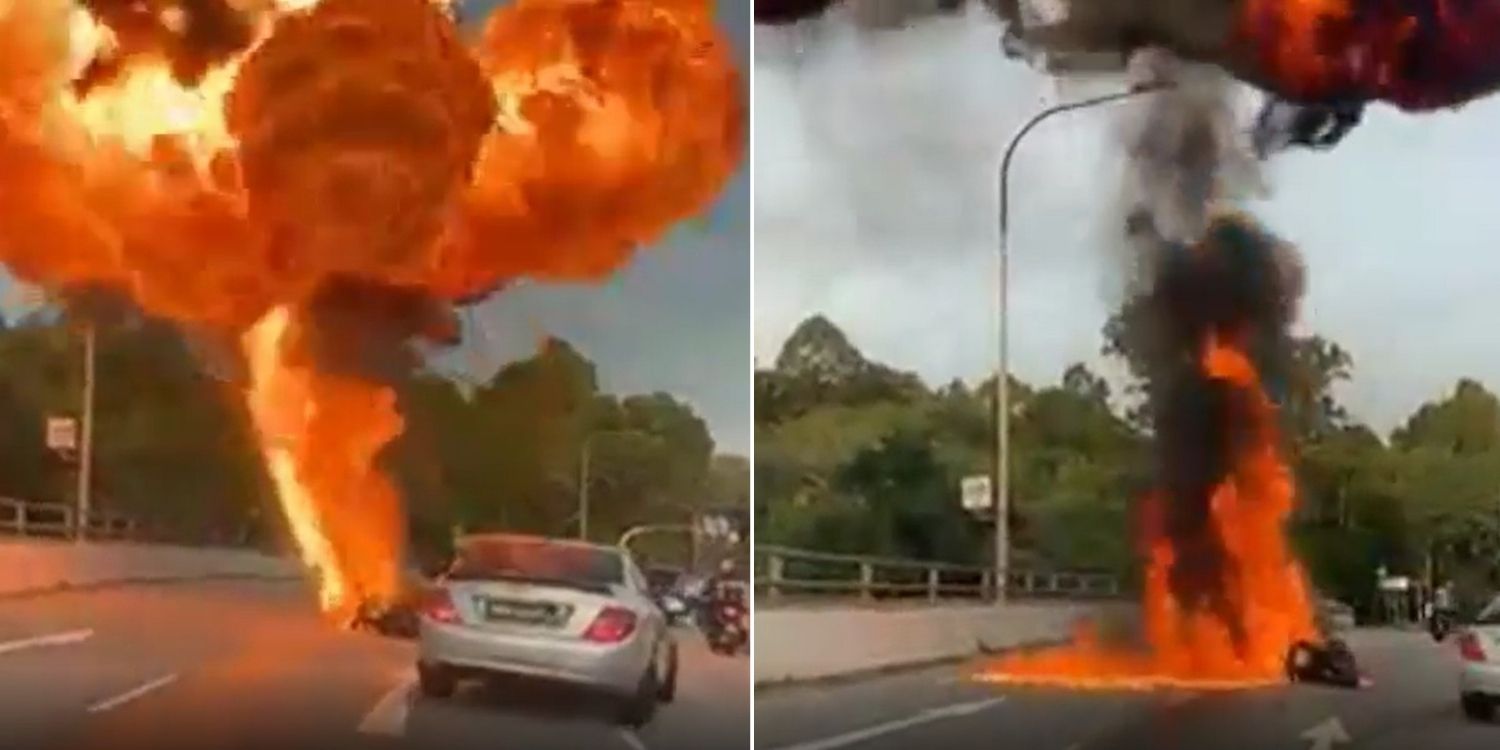 The motorcyclist is assisting with investigations into careless driving.

Speeding is a common cause of serious accidents on Singapore’s roads, with thousands of motorists caught doing so every year.

Despite that, many are still seen driving at dangerous speeds daily, inevitably getting into trouble.

A motorcyclist that appeared to be going over the speed limit on Mandai Avenue ended up crashing, and his bike erupted into a huge plume of flames. 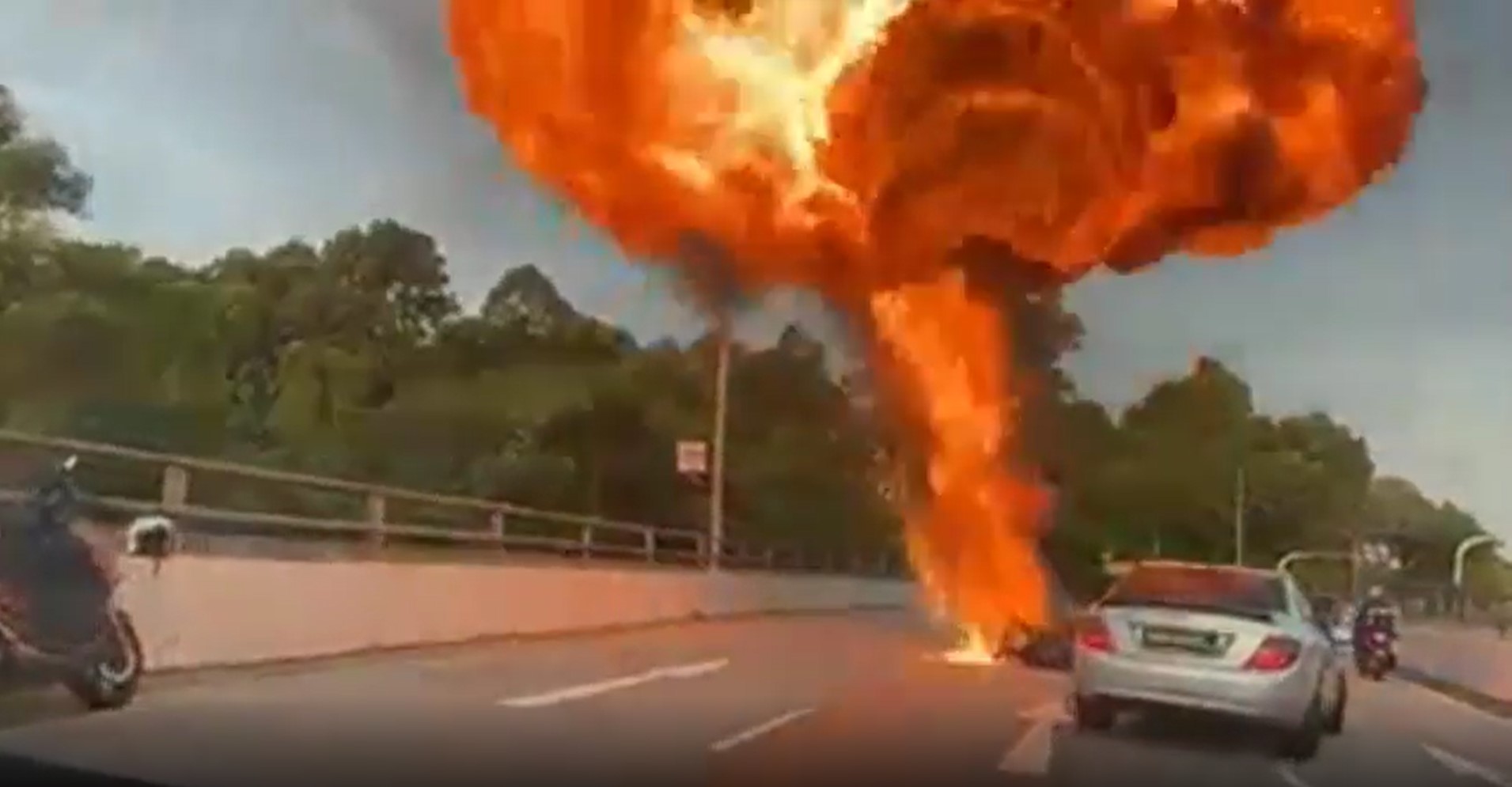 Thankfully, he was thrown off a distance away from his bike, so he seemingly escaped the blaze.

According to a video posted by SG Road Vigilante on Facebook, the motorcycle, a Honda Blackbird was spotted on Mandai Avenue at 7.38am on Monday (24 Jan). 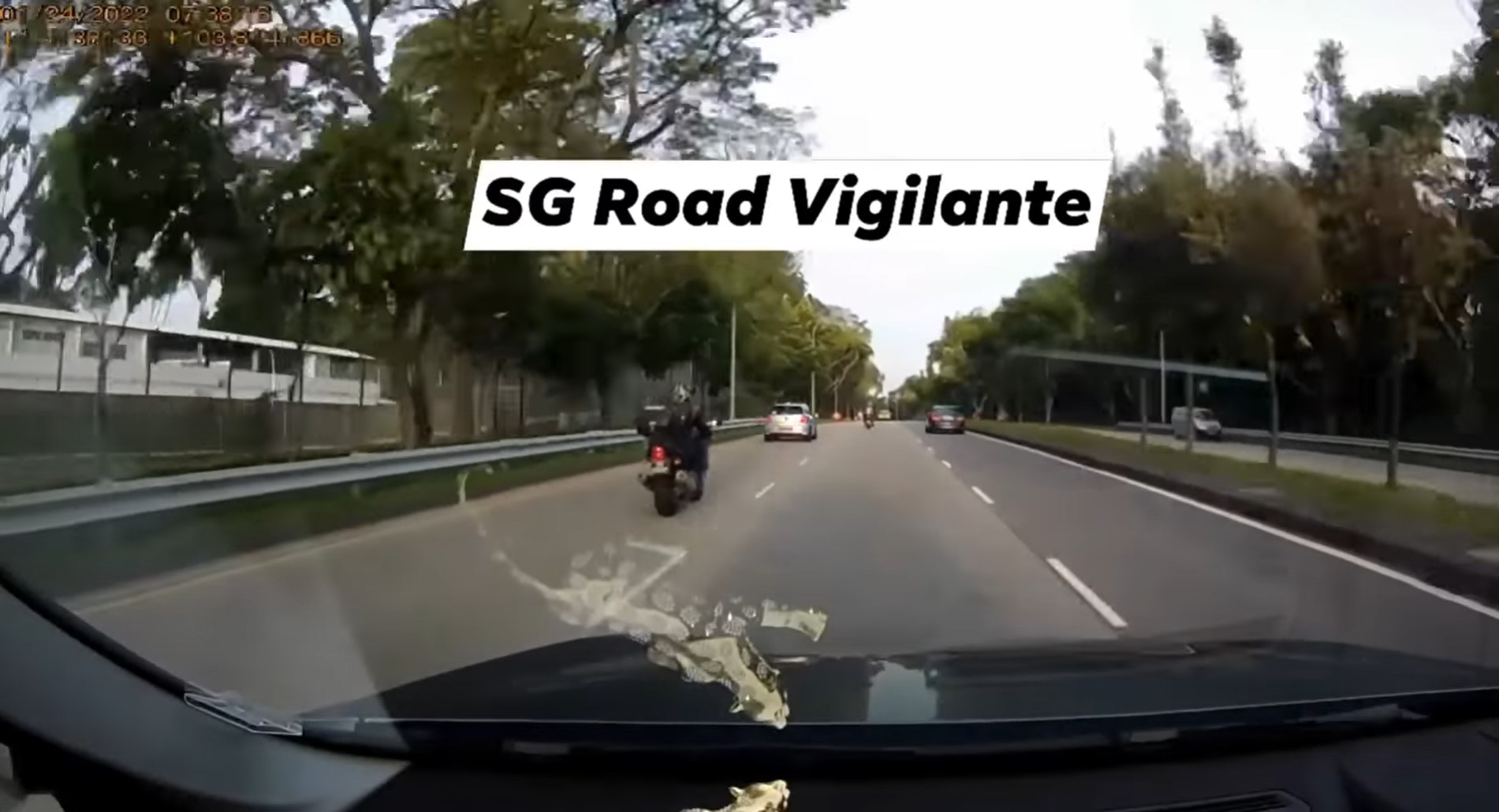 It was preceded by a Volkswagen Polo, and both vehicles overtook the camcar on the left.

Their speed appeared to be much faster than the other vehicles on the road, given that they easily overtook them and shot off into the distance.

It’s worth noting that according to the Road Traffic (Restriction of Speed on Roads) Notification, the speed limit on Mandai Avenue is 70 km/h.

Motorcycle skids on its side

The camcar proceeded along Mandai Avenue, switching to the left lane also.

Somewhere on the Sembawang Flyover, it recorded a shocking sight – the motorcycle had skidded and laid on its side while the rider had been thrown off quite a distance away.

He ended up lying on his back in the left lane. On closer look, the motorcycle was actually turned back to front, suggesting that it had spun around before falling on its side. As the camcar passed by, small sparks and the beginnings of a fire could be seen coming from near the transmission of the motorbike. 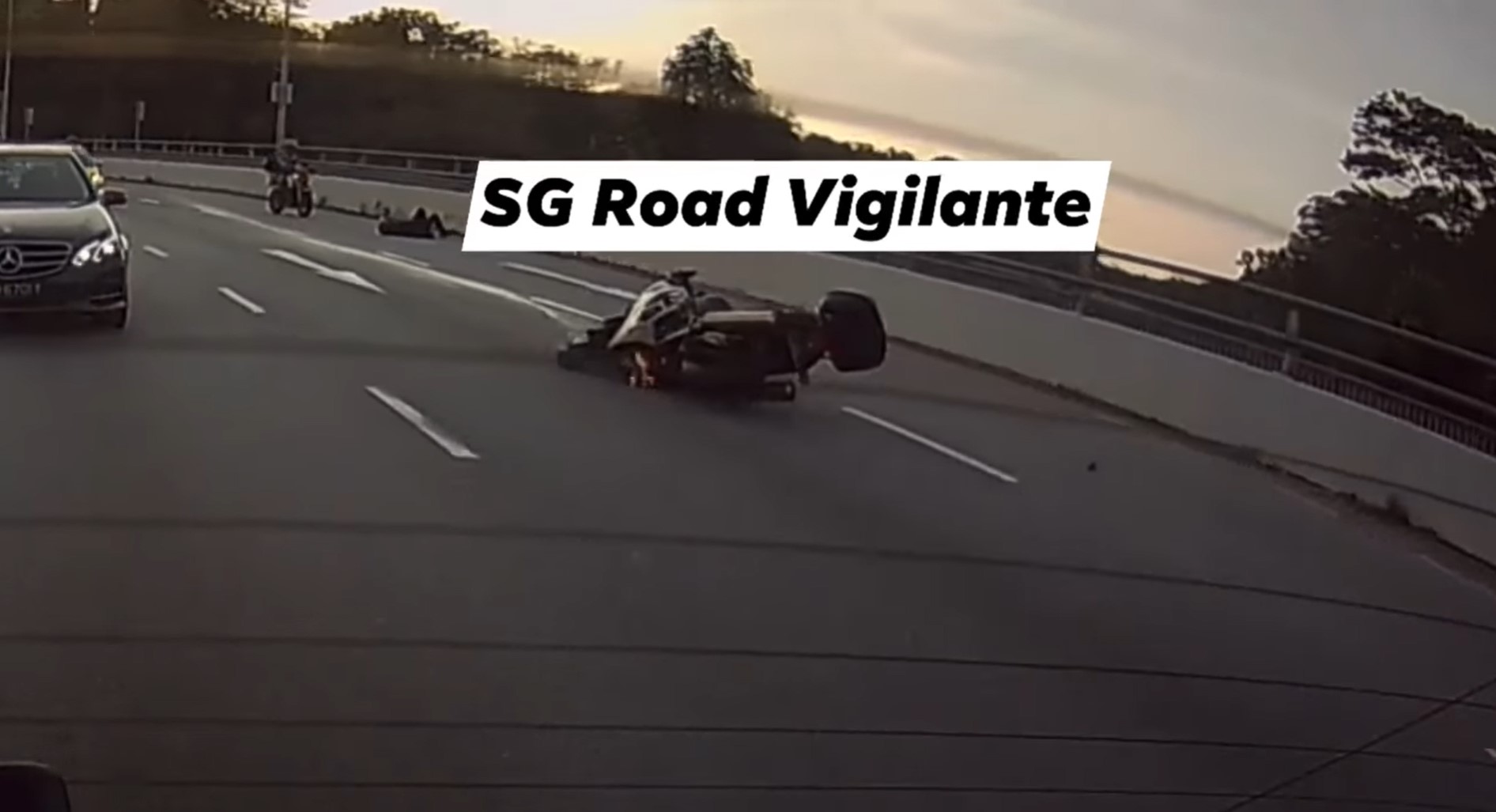 The Volkswagen, however, managed to make it to the road junction unscathed. 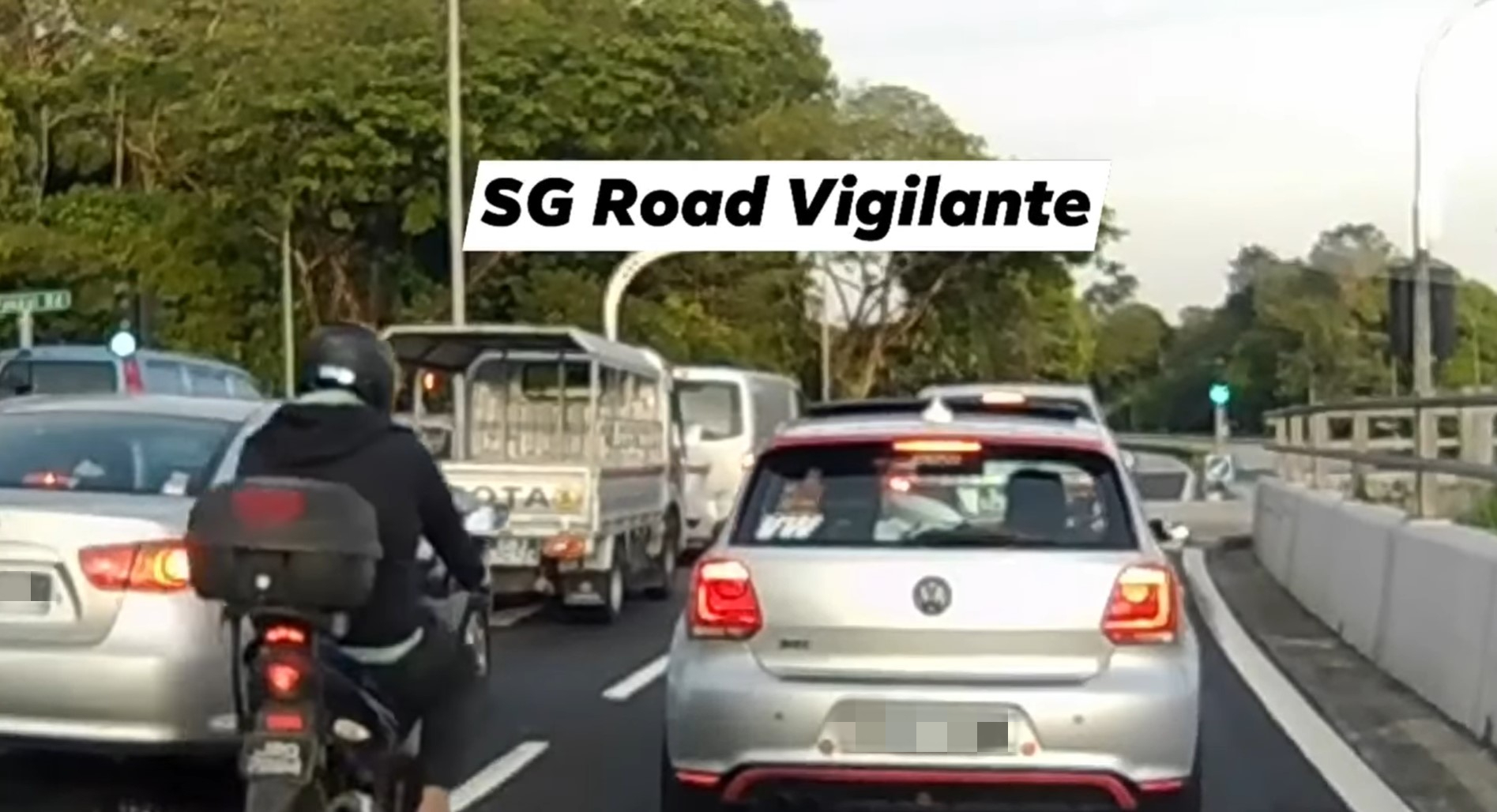 Massive plume of flames in Mandai

Another video posted by @adminsgfollowsalll on Instagram showed that the small sparks were seen on the motorcycle, which eventually led to a massive plume of flames akin to a mushroom cloud. 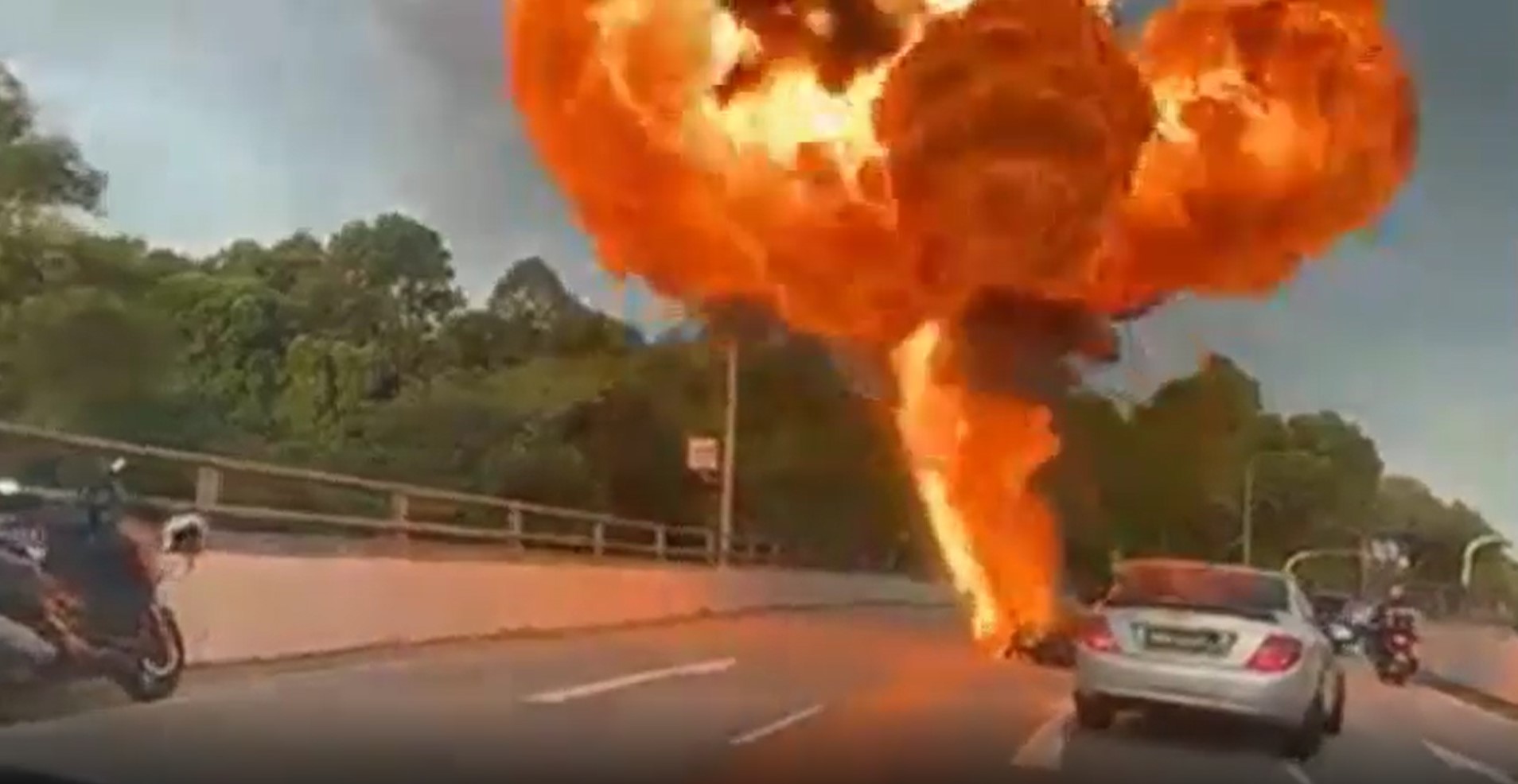 Fire and black smoke filled the air, while the fire also spread over 2 lanes of the road. Meanwhile, other vehicles gingerly passed by the blaze on the far-right lane. 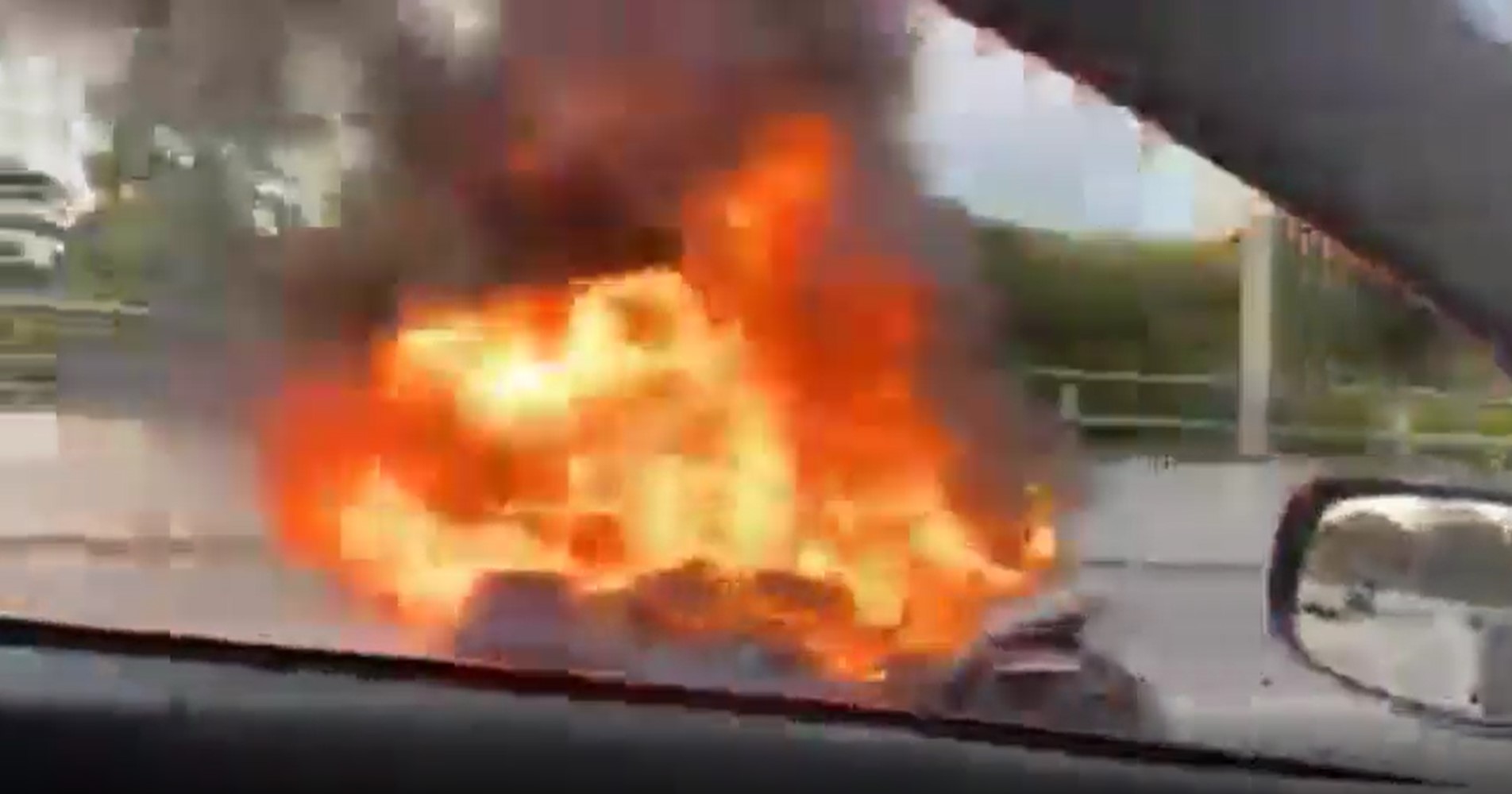 In response to queries from MS News, the Singapore Civil Defence Force (SCDF) said they were alerted to a fire on Mandai Avenue at about 7.40am on Monday (24 Jan).

The fire, which involved a motorcycle, was extinguished by SCDF officers using a water hose reel.

SCDF is investigating the cause of the fire.

At 8.52am, the Land Transport Authority (LTA) tweeted about the accident in the direction towards the Seletar Expressway (SLE).

One person was sent to Khoo Teck Puat Hospital (KTPH), the SCDF said.

He was the motorcyclist – a 52-year-old man – and was conscious, Channel NewsAsia (CNA) reported.

An eyewitness told CNA that she’d heard an explosion and saw that another rider had stopped to help the man, who was lying on the road.

The motorcyclist is also assisting with investigations into careless driving, the police told CNA.

Drive safely for the sake of all

Many motorists might be tempted to speed on long and straight roads with few traffic lights.

However, speeding increases the chances of an accident and makes the consequences of one more serious.

Thus, hopefully, this incident will remind all motorists to drive safely for the sake of themselves and other road users.