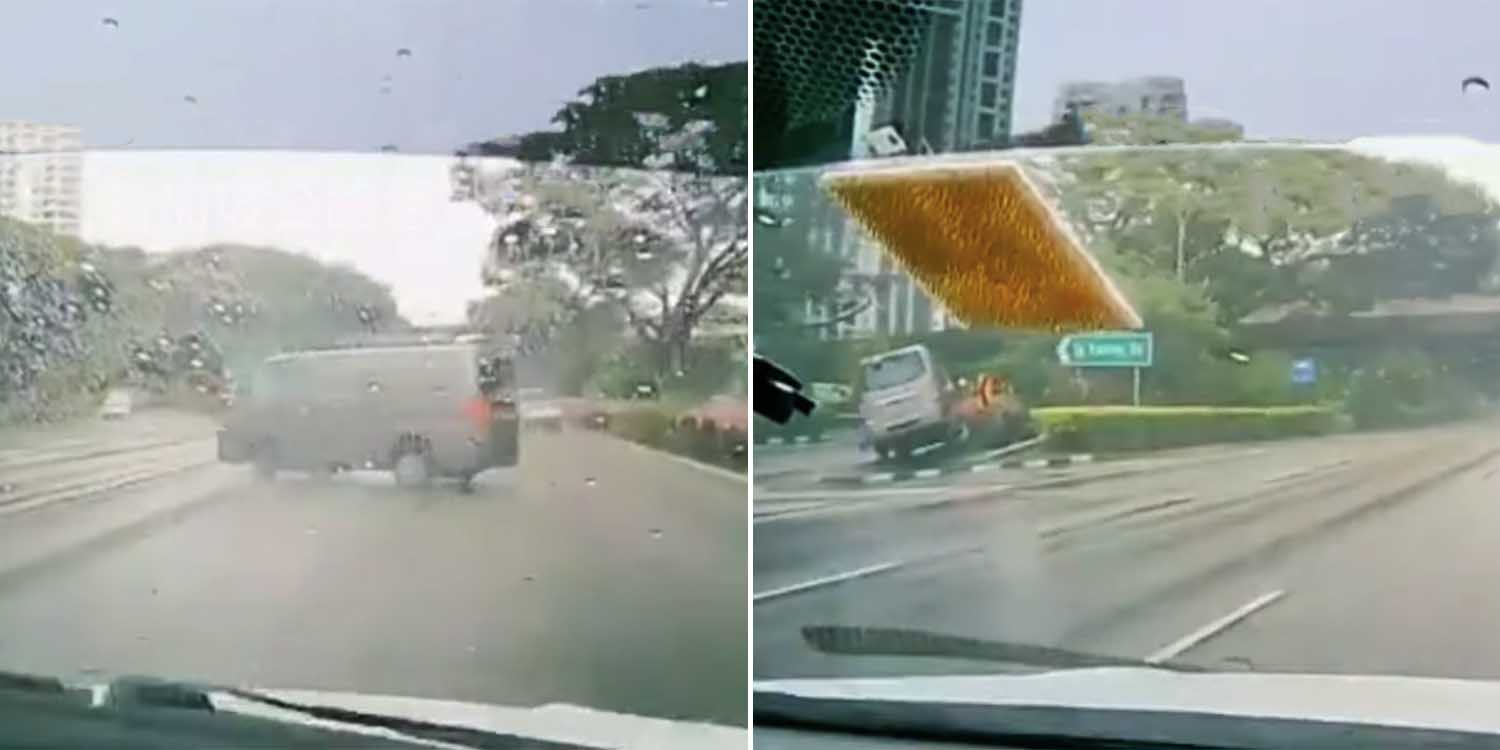 Drivers should always pay attention to safety when driving — that’s especially the case when the roads are wet.

Recently, on a rainy day, a van travelling along ECP skidded while attempting to change lanes at a high speed.

The van began spinning out of control and ended up crashing into a divider on the other side of the road.

Speeding van skids from first to fourth lane before crashing

On Wednesday (20 Oct), several drivers witnessed the van skidding while driving along ECP near the Tanjong Katong Exit.

The camcar footage, captured from a vehicle on the second lane, shows the van travelling on the adjacent first lane.

According to Facebook page SG Road Vigilante, the van had apparently exceeded its speed limit of 70km/h.

In an attempt to overtake the car ahead, the van driver abruptly switched to the 2nd lane. It was then that the van started skidding, perhaps due to the wet road condition.

The driver wasn’t able to regain control of the van and the vehicle ended up drifting all the way to the 4th lane.

The van did a complete 360° pirouette before hitting a road divider and coming to a stop.

In response to MS News queries, SCDF said they were alerted to the accident at around 3pm on Wednesday (20 Oct).

SCDF officers reportedly assessed one person for minor injuries. The individual did not want to be conveyed to a hospital.

Though it is unclear what happened to the driver after the video ended, we hope he or she was not badly injured.

Thankfully, the road was relatively empty. Otherwise, the accident could’ve been worse if the van had hit other vehicles while spinning out of control.

We hope the incident serves as a reminder for all motorists to drive safely, especially when the roads are wet.