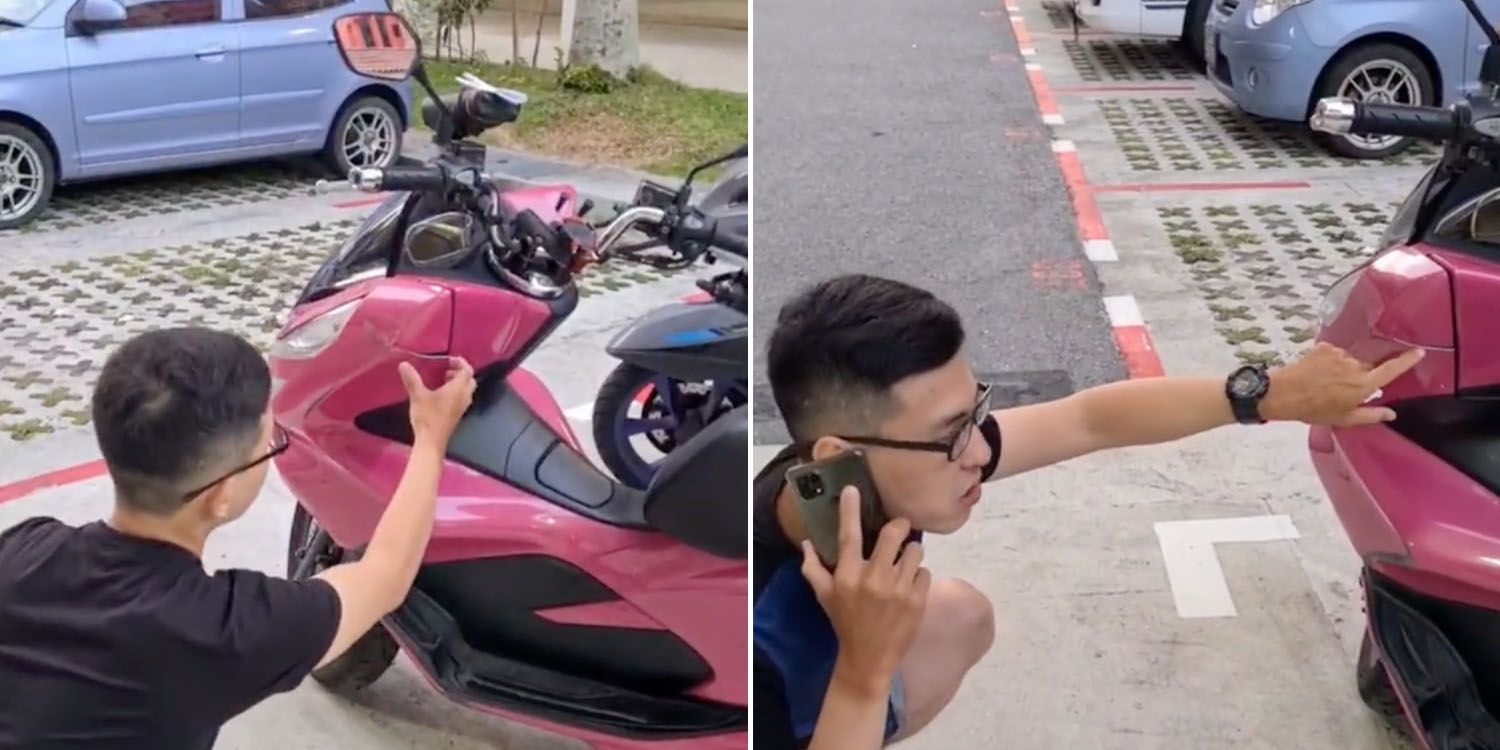 It’s bad enough for someone to return to their vehicle only to find it damaged, let alone getting ‘lowballed’ when it comes to compensation matters.

On Sunday (18 Sep), TikTok user @tanyenjue shared a video showing his motorcycle after it was, unfortunately, hit by a vehicle at an HDB carpark. The collision damaged his motorbike — some parts came loose, and the paint was scraped off in some areas.

What would you had done if you were me?🥺 #fyp #tiktoksg #tiktoksg🇸🇬 #viral #viralvideo

Despite the significant damage, he was apparently offered a measly S$10 as compensation.

The painfully hilarious situation led to his video going viral, garnering over 310,00 views on TikTok.

The video started with Mr Tan examining his motorbike at a carpark in Potong Pasir, exclaiming in a mix of English and Mandarin that it “confirm was hit”.

He pointed out several damages on the side of his bike, including paint that had been scraped off and parts of the bike’s metal shell that came loose. 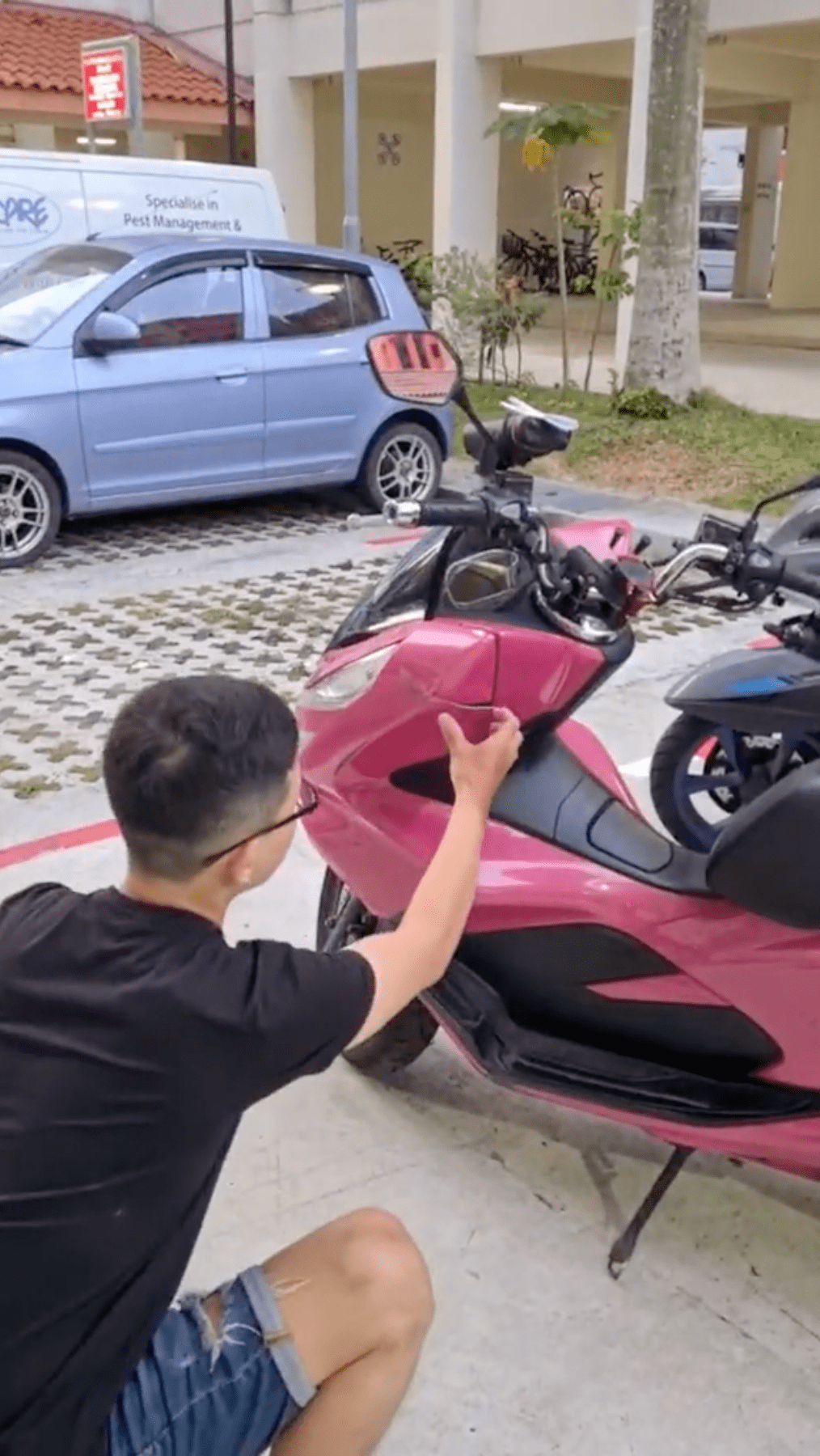 That’s when his friend noticed a note left on his In-Vehicle Unit (IU).

The note stated that “I accidentally knock onto your bike”. It was signed off by a Mr Lim together with a phone number written on it. 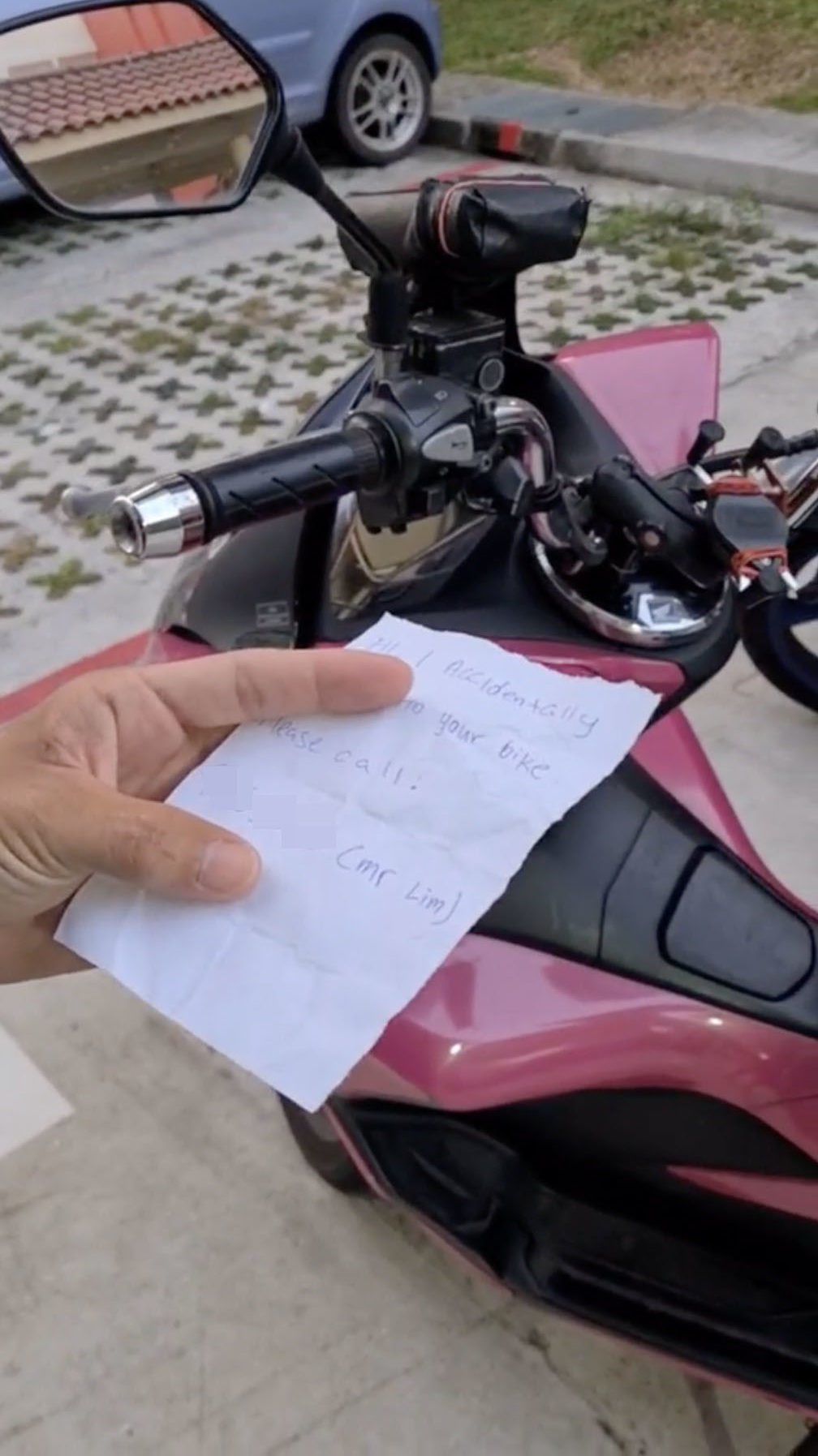 As he dialled the number, Mr Tan commented that he was very “suay” as he had painted his bike not long ago.

Shortly after, the driver picked up the call, and Mr Tan was heard saying, “Uncle, the damages are serious… it is not a small matter”.

After some back and forth, the driver requested a private settlement and offered to pay just S$10.

Mr Tan was visibly appalled, asking the uncle what he could possibly do with the sum. 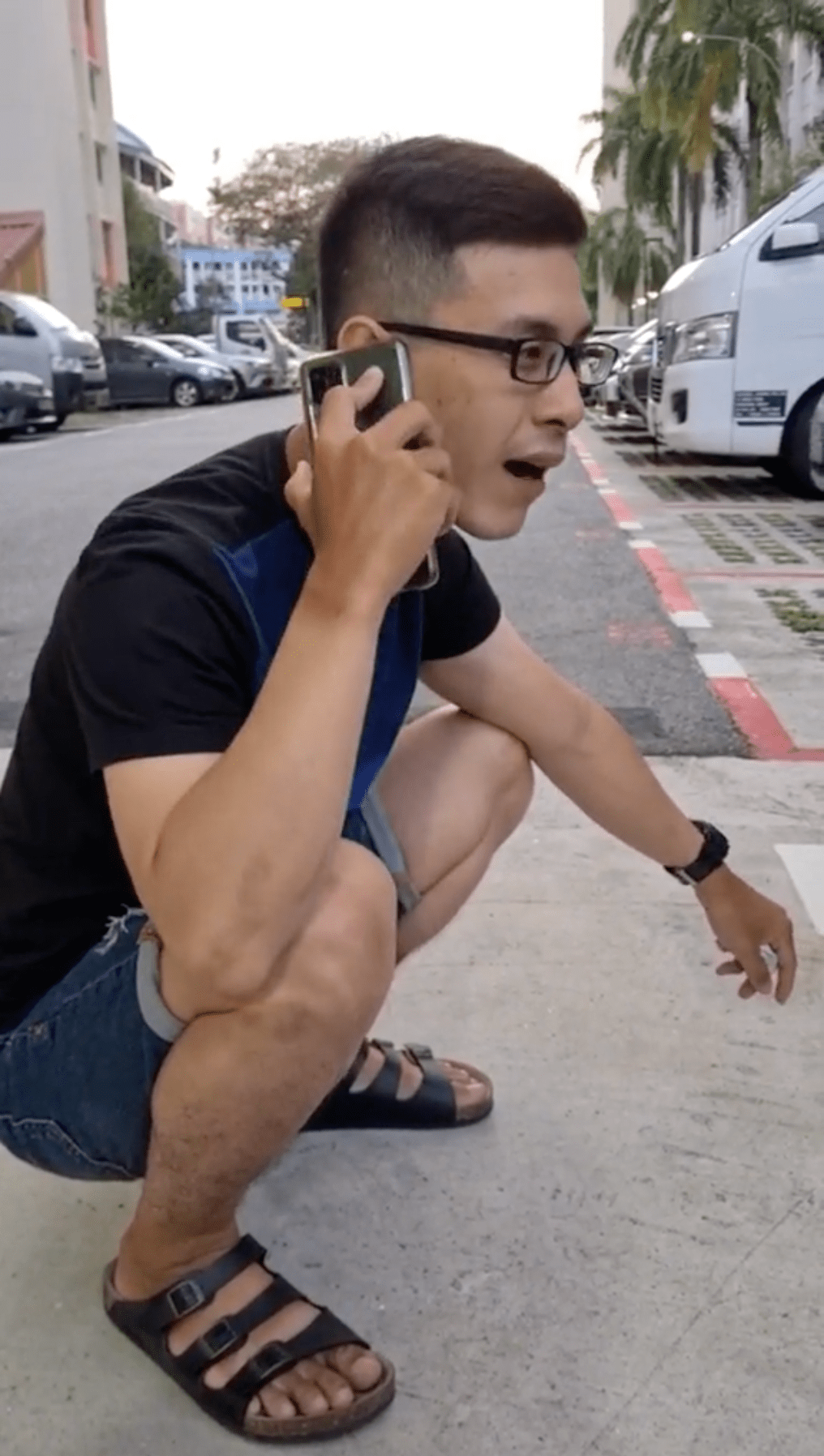 “I might as well give you S$10 to go drink coffee,” he said in response.

He told the uncle it was a ridiculous amount, and if this were the case, he would have to lodge a police report.

After some back and forth, the uncle agreed to meet Mr Tan.

Hopes to file insurance claim over motorcycle collision in carpark

Speaking to MS News, Mr Tan explained the video was actually a skit of a real-life incident that happened to him about 2 months back.

The only difference was that the driver did not leave a note on his bike.

In reality, upon seeing his damaged bike, he chased after a car that he noticed driving away suspiciously.

The driver later admitted that he had hit the motorcycle and offered him S$10 as compensation.

As he turned down the offer, Mr Tan recalled that the driver attempted to flee the scene. He eventually took down the driver’s details and is now looking to file an insurance claim against him.

However, the driver was reportedly unwilling to lodge an accident report, so he could not file the claim just yet.

While Mr Tan was shocked by the incident, he said he hoped the driver would be responsible for his wrongdoings.

Mr Tan said he filmed the skit to show people around him what had happened that day and did not expect the video to go viral. Ironically, the video has already garnered over 310,000 views on TikTok.

Some netizens empathised with Mr Tan’s predicament, but many also found his reactions to the situation hilarious. 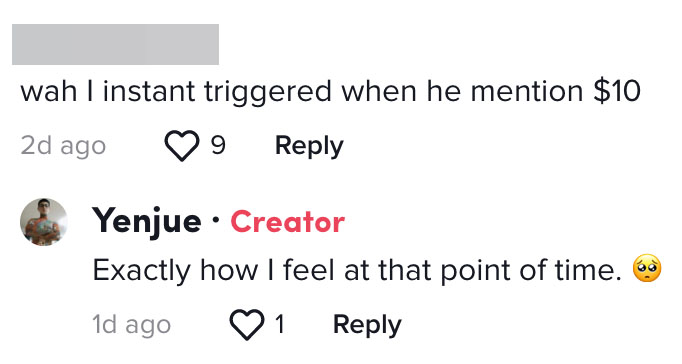 One netizen even joked that the driver was offering him S$10 to get scotch tape to fix up the bike.

To this, Mr Tan replied that he told him to take it back and buy himself a cup of coffee instead.