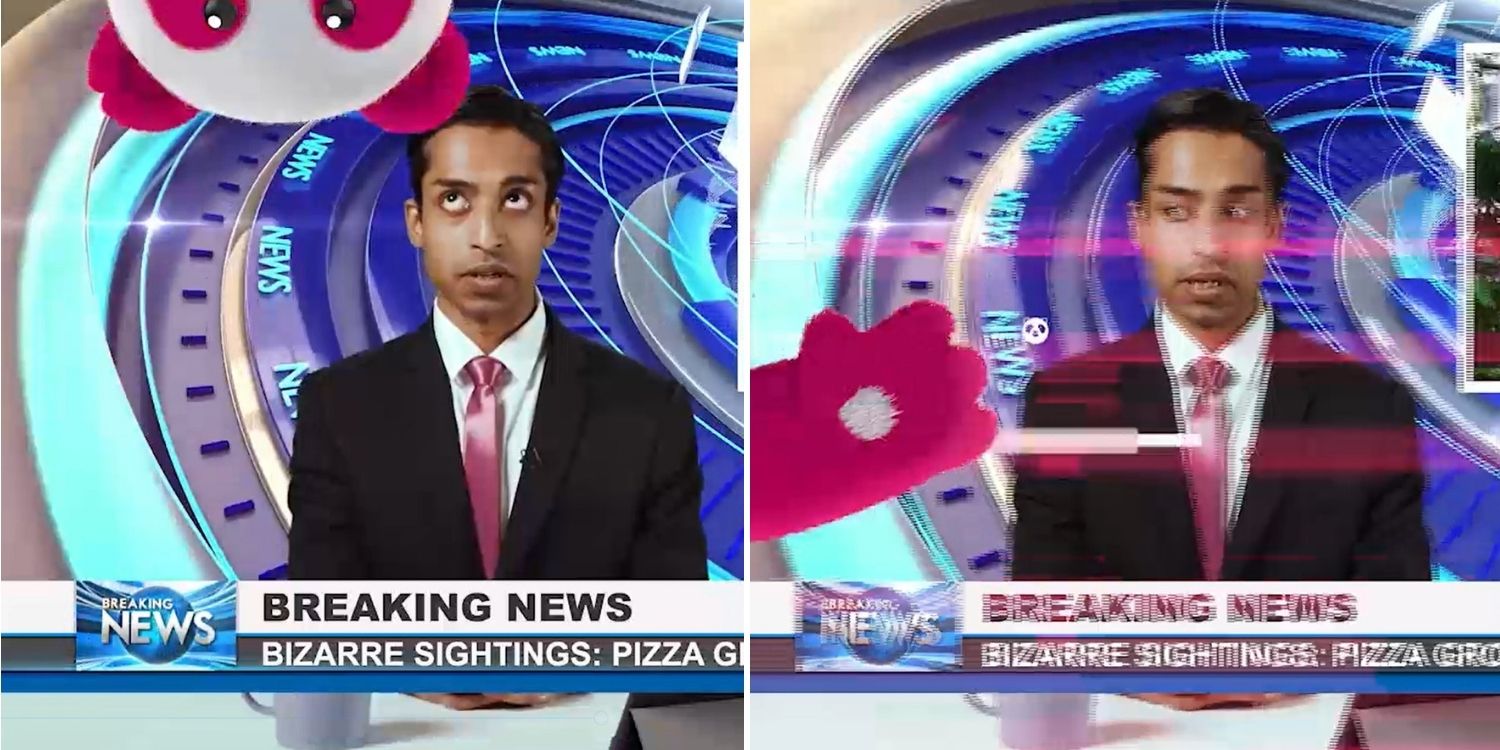 Over the last 2 years, we’re probably used to seeing these words flash across news reports more regularly because of Covid-19 updates.

Imagine if reporters were interrupted midway through their live coverage due to technical glitches. Recently, a newscaster was in the midst of breaking the news of an unprecedented event when a mysterious pink creature started glitching into the broadcast.

Viewers could see a peculiar playful creature bopping left, right, top and bottom of the screen, leaving the newsman and the camera crew visibly confused.

Here’s what we know about the strange snafu.

The video begins with the news anchor interrupting the regular television programme with some breaking news – slices of pizza have been spotted growing on trees. 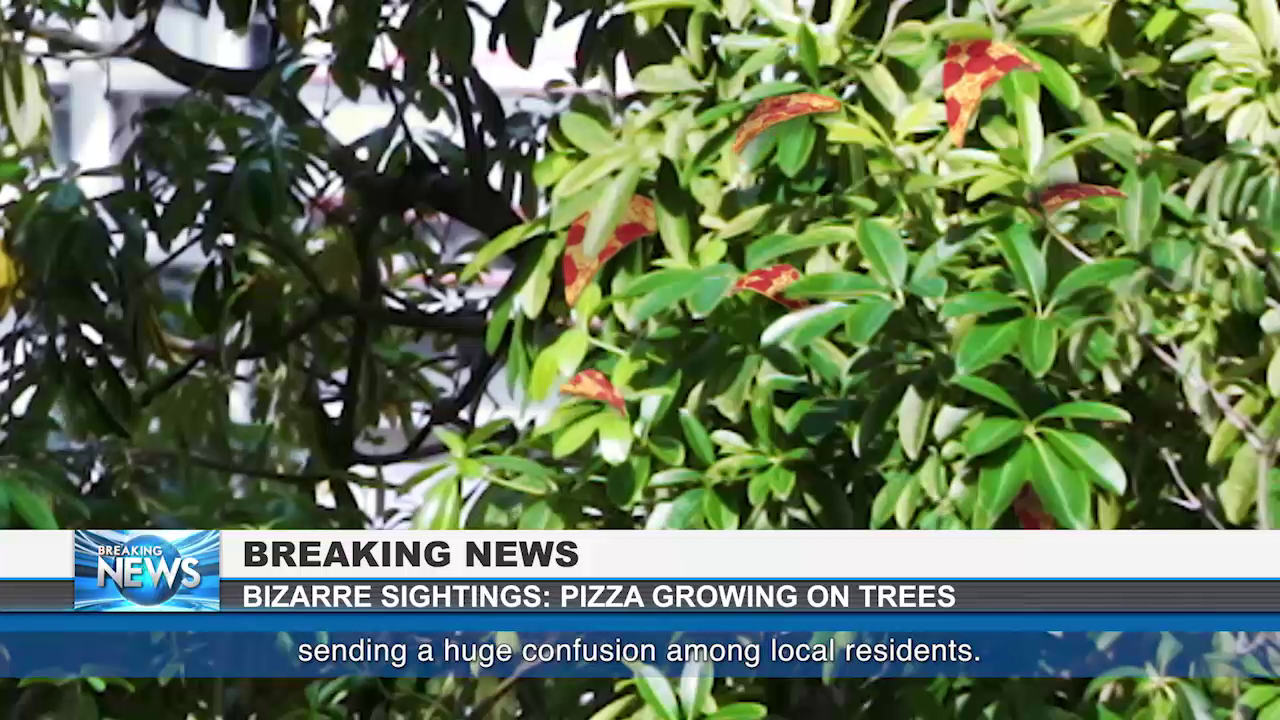 If that news isn’t bizarre enough, the television screen then begins glitching. Seconds later, a mysterious furry pink hand appears on the screen.

Before there’s even time to speculate what the creature is, a pink panda face appears above the news anchor. 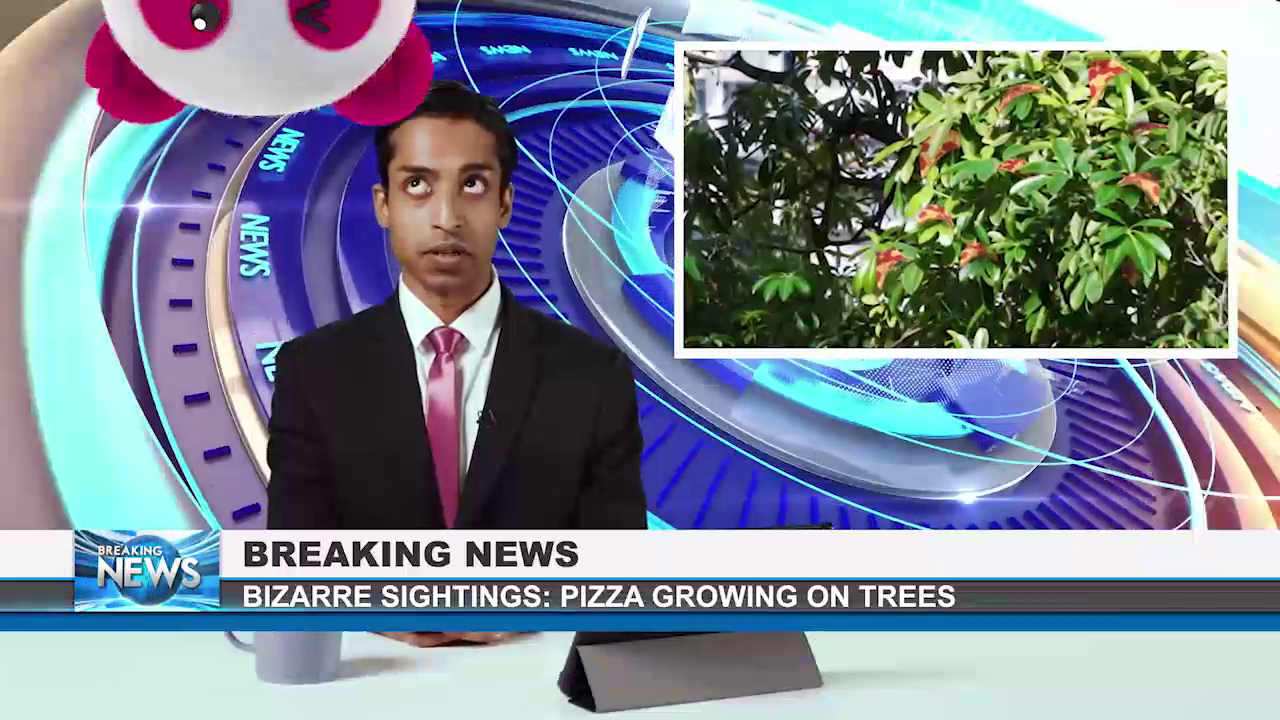 The adorable creature moves fast, appearing again beside the anchor, waving to the audience.

For 5 seconds, the creature makes noises as it moves, as if intentionally trying to interrupt with news of its own.

As the glitch continues, the creature eventually makes it into the news clip featuring the pizza-growing tree, smashing straight into the camera.

The glitch then gets increasingly worse and the footage cuts to commercials. But the technical issues didn’t stop there.

Some words seem to glitch and flash across the screen. If one looks carefully, they’ll even be able to spot little pandas appearing from time to time.

The screen then turns bright pink with the block letters ‘03.01’, hinting at something to look forward to on 3 Jan in the new year ahead. 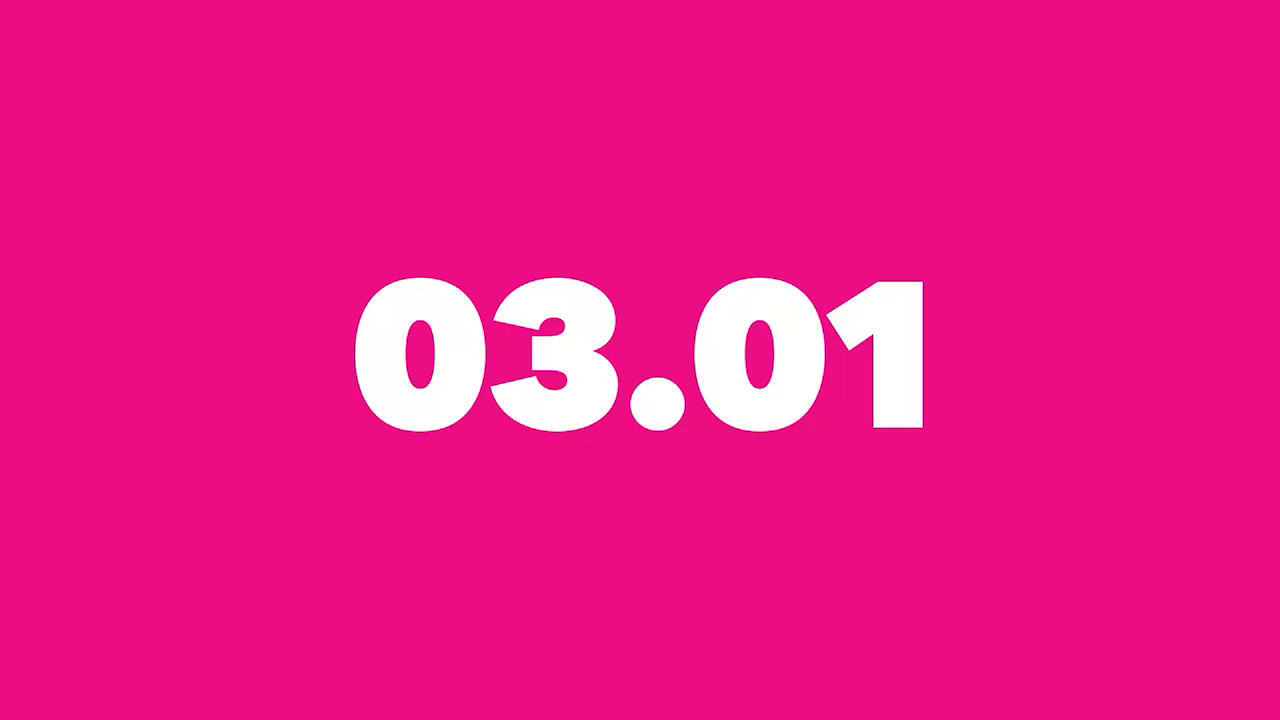 A familiar foodpanda logo then appears on the screen just before the video ends. 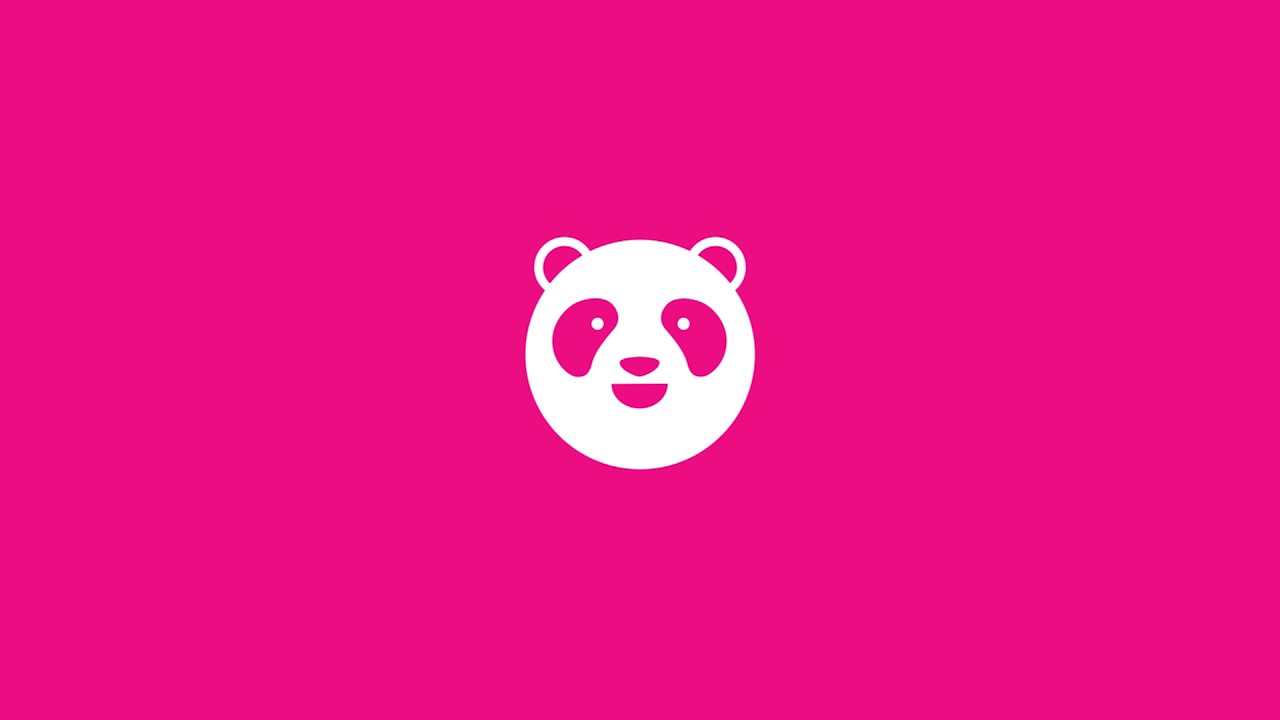 Keep a lookout for the reveal on 3 Jan

A world with pizza growing on trees and adorable pink pandas is certainly news indeed. But if you haven’t figured it out yet, what we just witnessed above is a parody promo.

The panda is definitely trying to hint to us that something big is about to happen on 3 Jan 2022.

As it turns out, the glitch is a preview of something new that’s coming our way next year. None of the news is real, because how on earth do pizzas grow on trees anyway?

Either way, we’re excited to see the creature’s adorable form in a proper introduction come 3 Jan.

After all, if Singaporeans’ excitement over pandas is anything to go by, whatever or whomever this creature is def worth the hype.

This post was brought to you in collaboration with foodpanda. 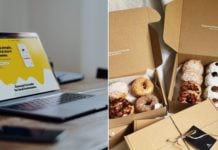 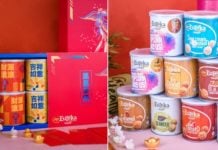