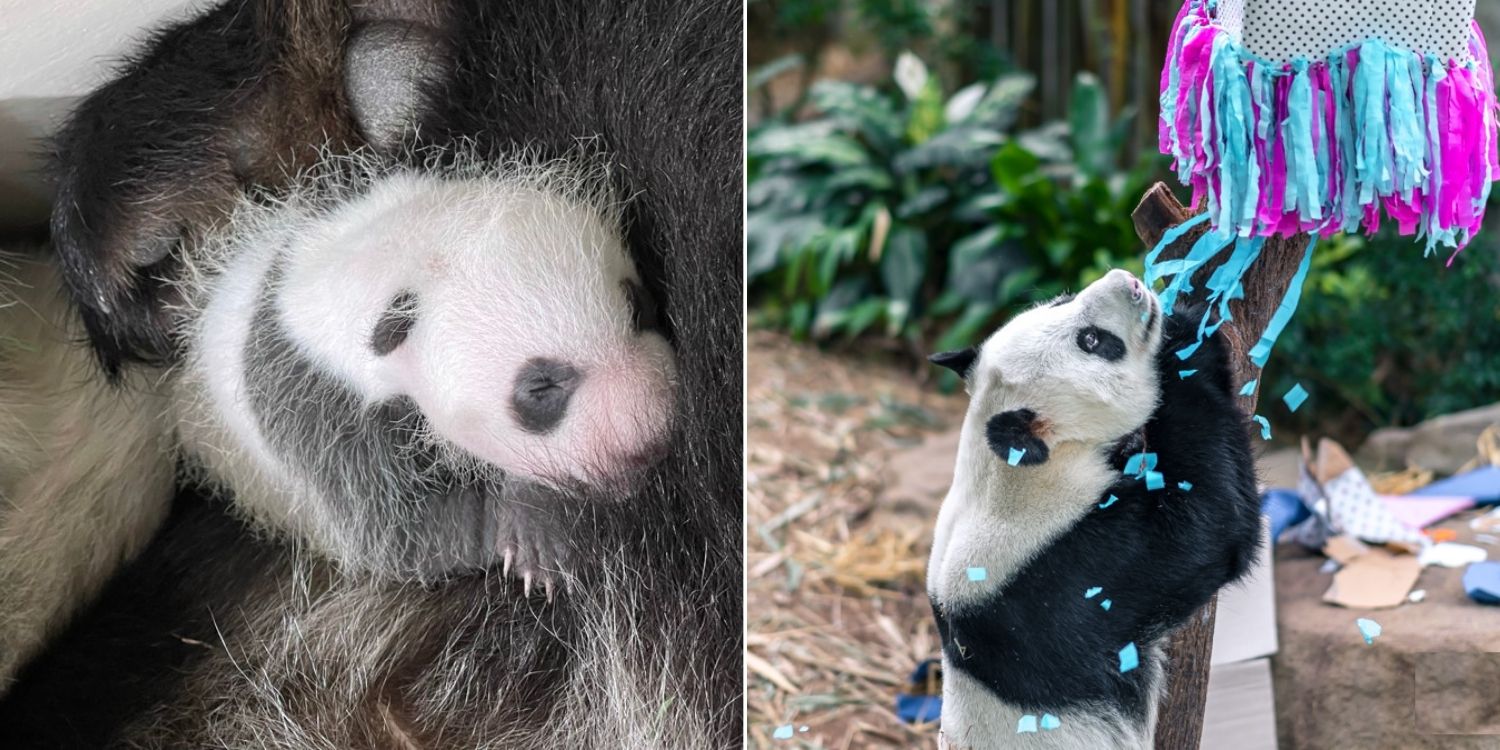 The public can suggest names for the panda cub.

Last August, Kai Kai and Jia Jia, the pandas at River Safari, gave birth to Singapore’s first giant panda cub. While the panda’s gender has been kept under wraps, new dad Kai Kai had the honour of sharing the news today (10 Sep).

In an adorable event, Wildlife Reserves Singapore (WRS) unveiled that the panda cub was a healthy baby boy in conjunction with Kai Kai’s 14th birthday celebrations. 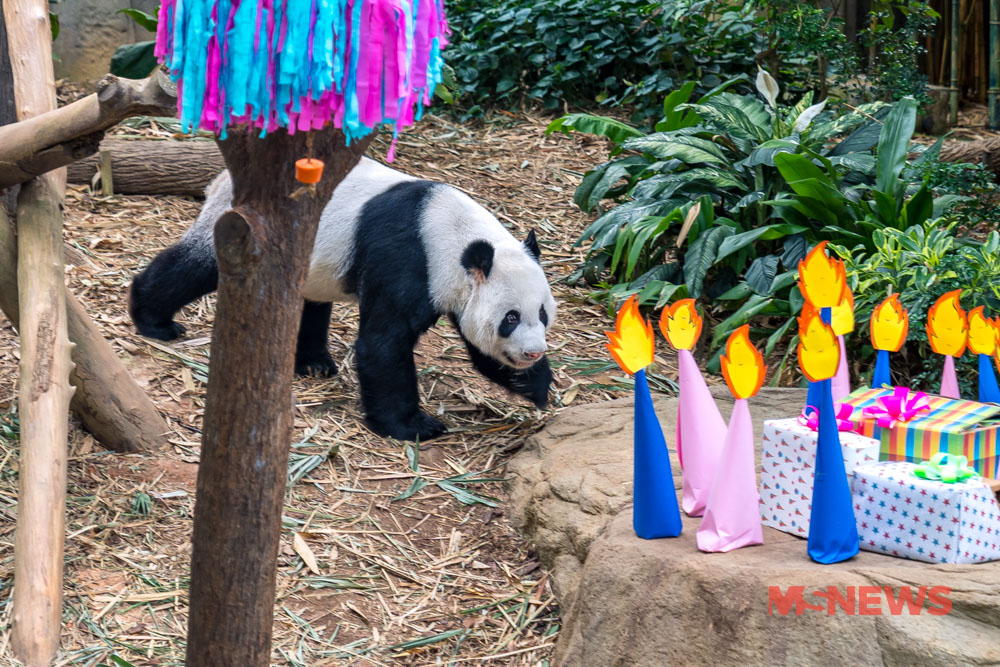 The public may not be able to meet the panda cub just yet, but here’s an insider’s look at the auspicious gender reveal.

A month after the panda cub was born, Kai Kai finally revealed the gender of his baby for his birthday. To set the atmosphere, the Giant Panda forest was decorated with blue and pink banners.

A birthday isn’t complete without presents, so for Kai Kai’s special day, his gift was placed on top of a branch. The adorable giant panda eagerly climbed and tugged the string to unwrap his present. Immediately, blue confetti rained around him, indicating that his son is a healthy baby boy.

Along with the confetti, Kai Kai was able to snag his fair share of carrots. He chomped on his treats with enthusiasm— something birthday celebrants can probably relate to. 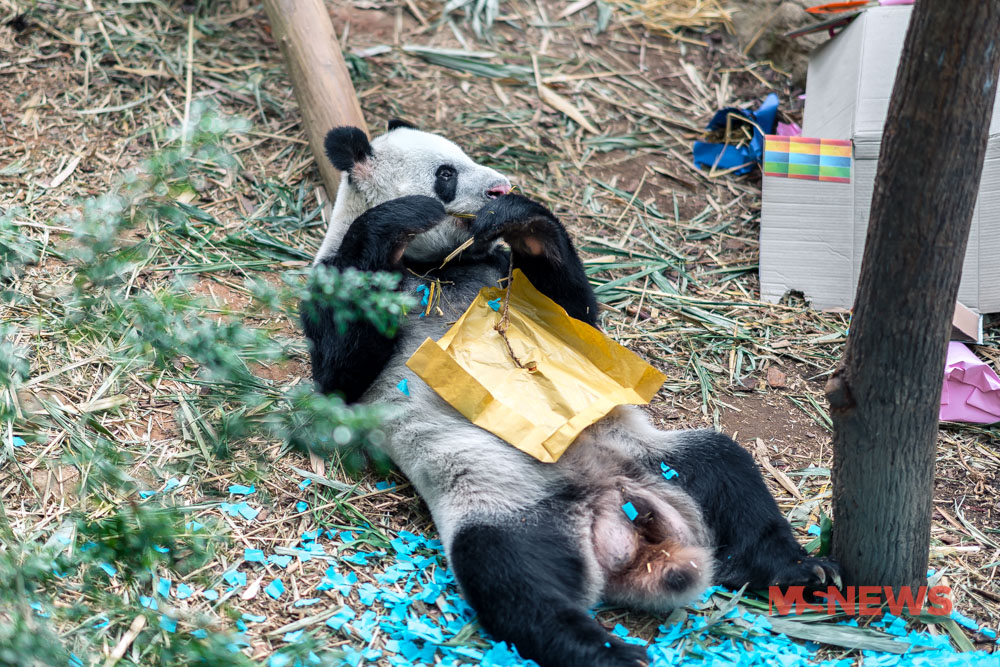 You may view the following clip to catch snippets of the cute occasion:

Super mum Jia Jia remains as its primary caregiver, so we can look forward to more mother and son bonding moments in the foreseeable future. 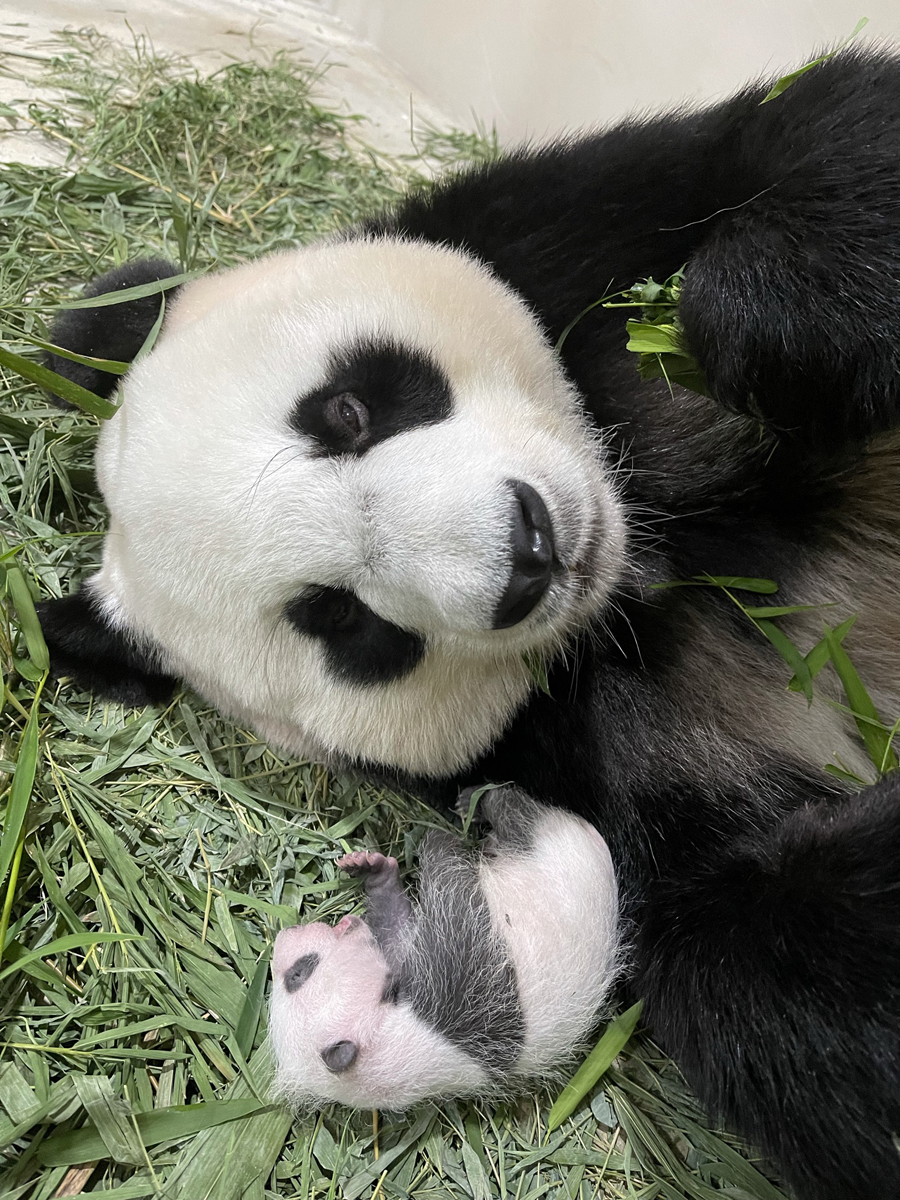 Due to the ongoing maternal care, the panda cub has not undergone veterinary examinations. Thus, experts relied on photos and videos from the panda care team to identify the newborn’s gender.

Jia Jia’s carers were also able to interact with the cub up close and confirm the presence of its male genitalia.

The fur-less pink newborn has started to develop the physical characteristics of his parents through prominent black markings on its eyes, ears, and body. 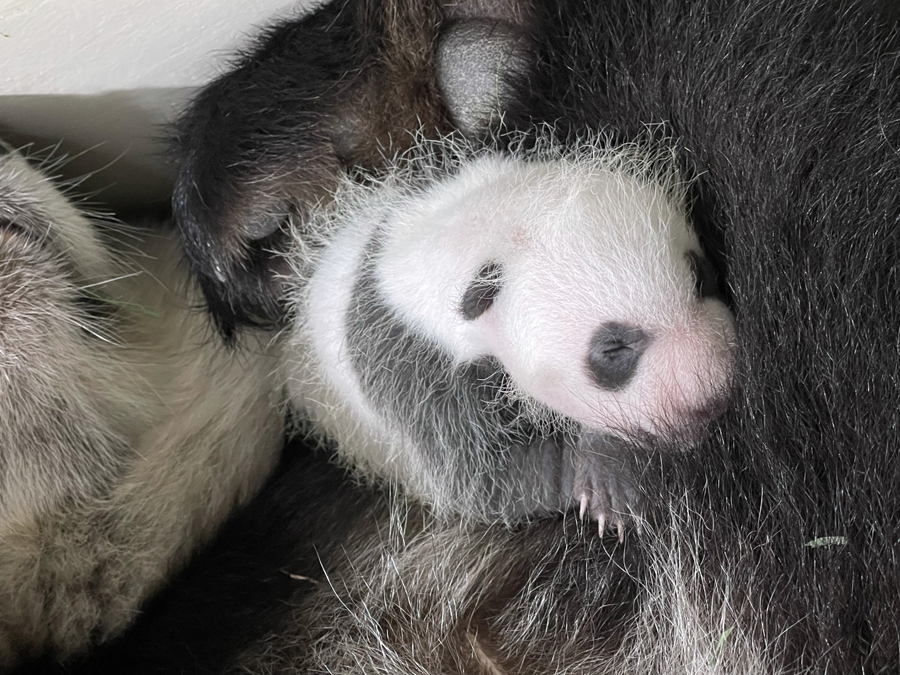 Since the little one is growing up so quickly, having a name to call him by becomes necessary, as we can’t continue referring to him as a “panda cub” forever.

Therefore, WRS is calling on the public to suggest names for the cub’s naming ceremony before he turns 100 days old on 21 Nov.

Here are the requirements for name suggestions:

Mr Tan Chuan-Jin, Deputy Chairman of Mandai Park Holdings, will facilitate the judging process. The judging panel will consist of representatives from the Chinese Embassy in Singapore, academia, government agencies, and WRS.

Top picks will be announced for public voting, and the winning entry will be the name of the panda cub.

You may find out more about submissions via the link here. Do note that the public has until 11.59pm on 19 Sep to submit their ideas.

Happy birthday Kai Kai! We’re so glad to hear that you have a healthy baby boy. 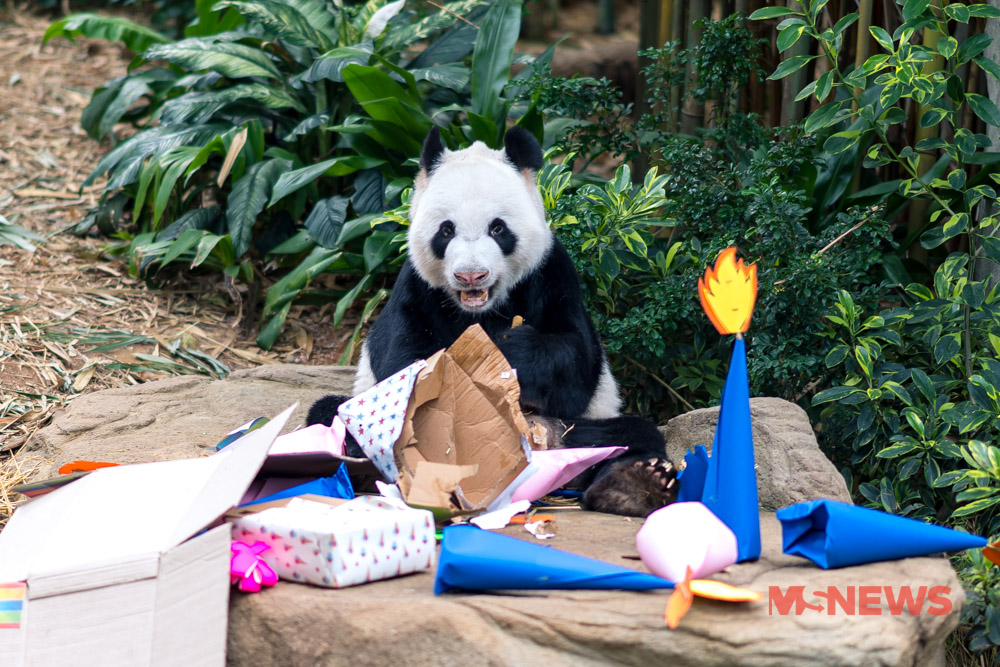 In the meantime, Singaporeans can brainstorm baby names with fellow enthusiasts for our beloved panda cub. Here’s to hoping that your entry will become one of the finalists.