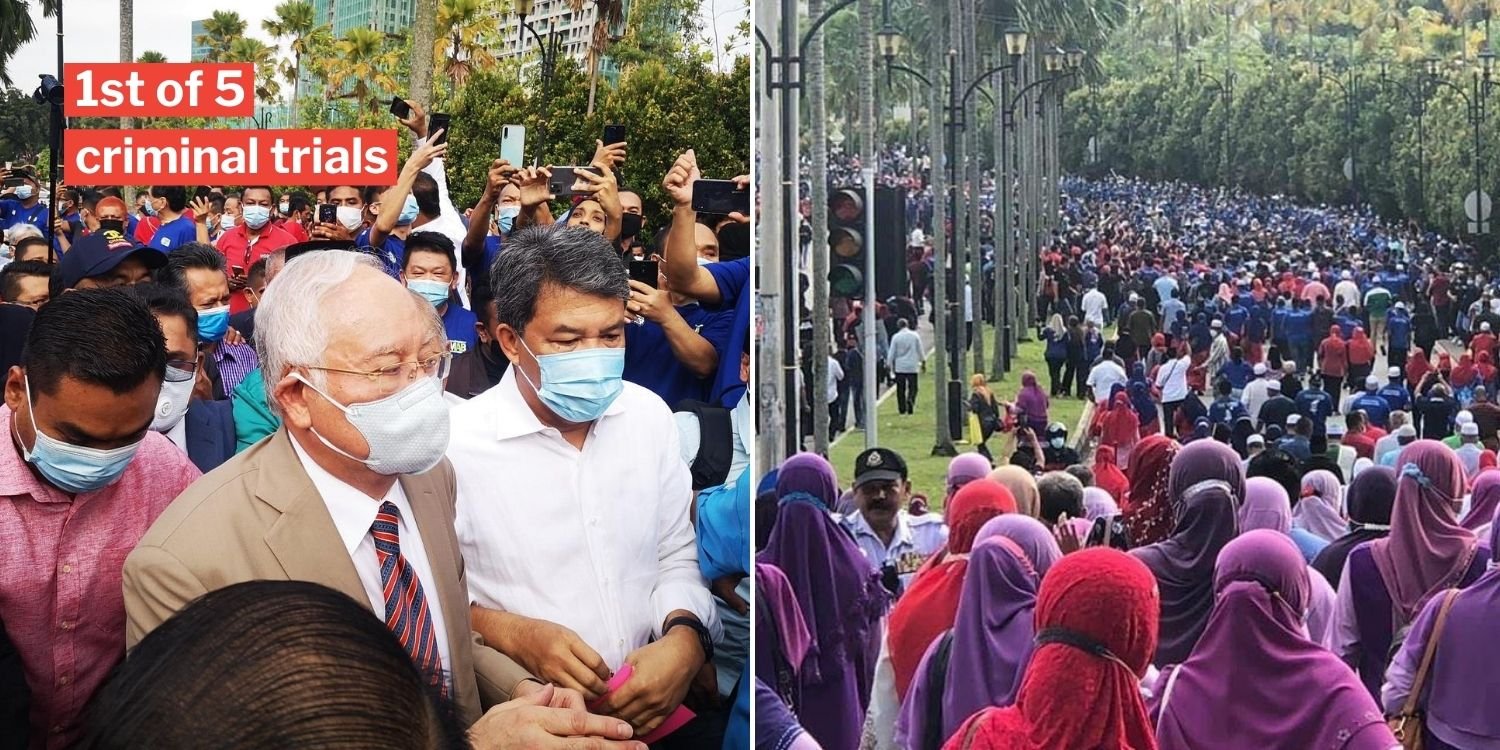 The abuse of power charge carries 12 years’ jail and the fine, while the 6 other charges carry 10 years’ jail each. The sentences run concurrently.

Since former Malaysian prime minister Najib Razak was ousted during Malaysia’s 2018 General Election, he’s been arrested and charged a few times over alleged wrongdoings committed during his time in power.

Undeterred, crowds of Najib supporters thronged the streets outside the Kuala Lumpur High Court with no trace of safe distancing, prompting concern from netizens. 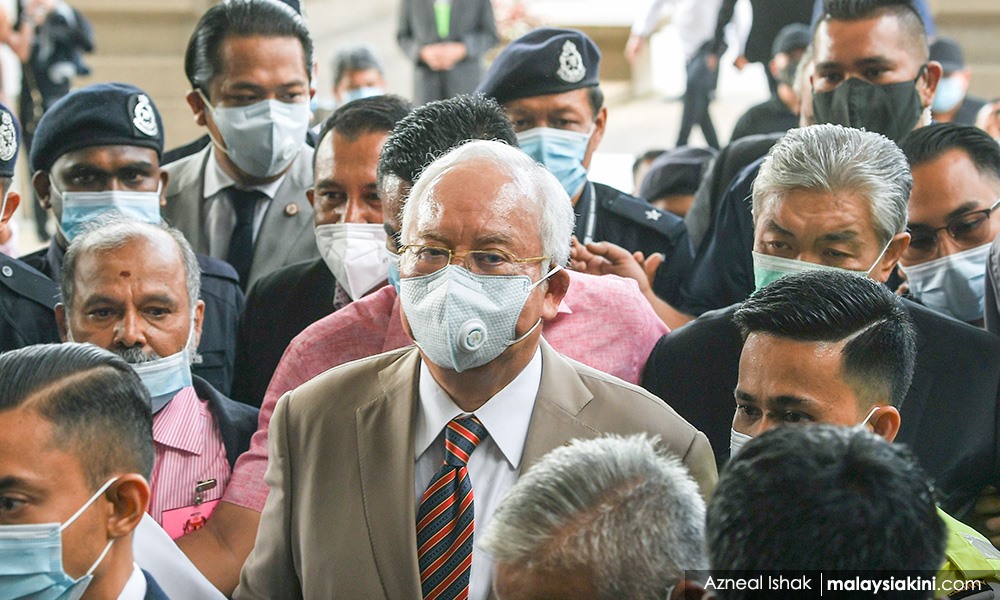 1st of 5 criminal trials for Najib

Najib showed up in court on Tuesday (28 Jul) to hear the verdict of the first of 5 criminal trials he’s involved in.

He was found guilty on 7 charges relating to SRC International, a former subsidiary of Malaysian sovereign wealth fund 1MDB. They are: 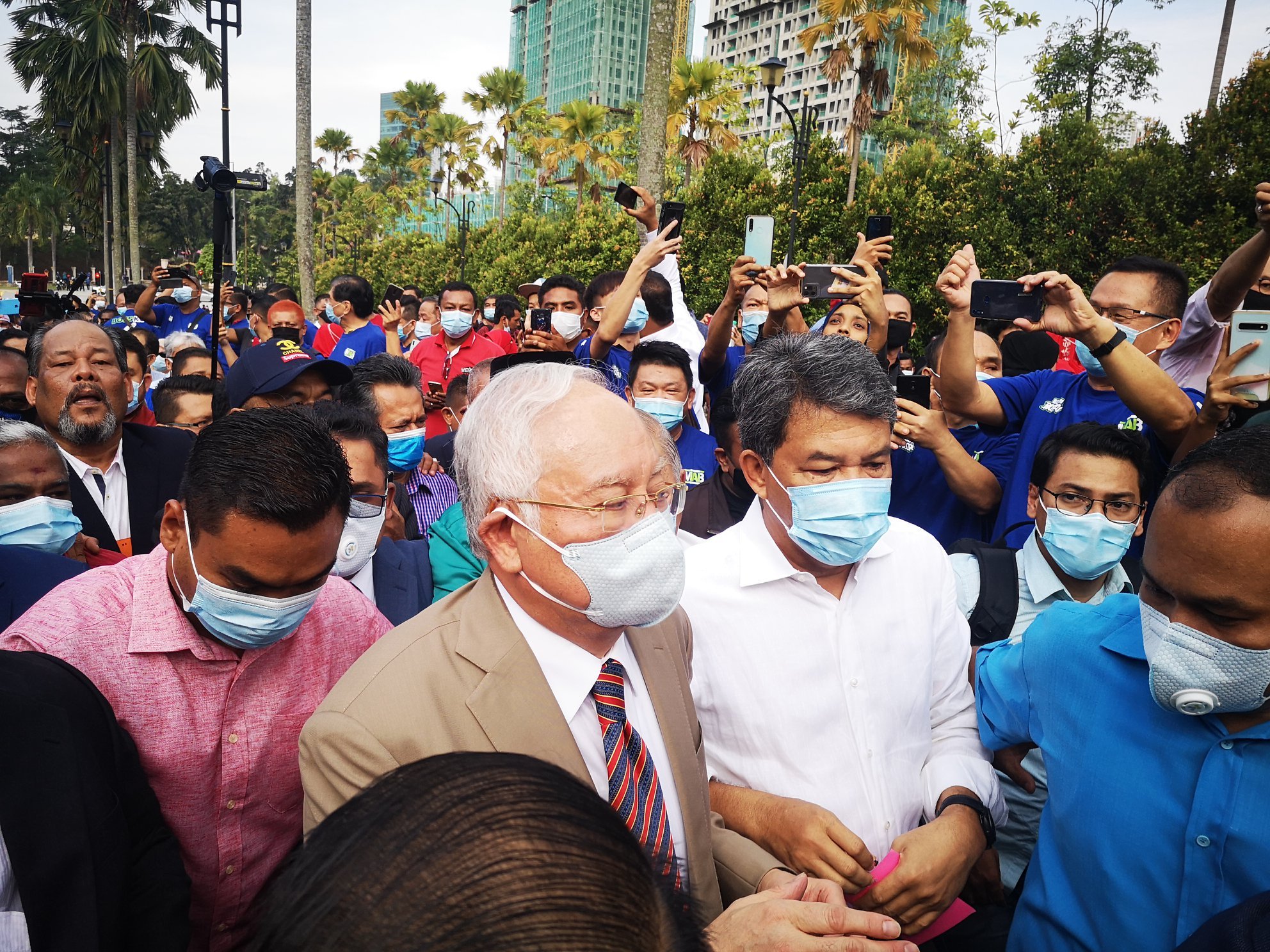 Najib arrived to chants of support

Najib’s arrival at court wasn’t that of a criminal facing charges, though.

His arrival was akin to that of a rock star, as he was surrounded by crowds of supporters. His supporters ranged from swooning women in red to men in blue shouting “Hidup Bossku!” (“Long Live the boss!”) – “bossku” being the nickname they affectionately call Najib. 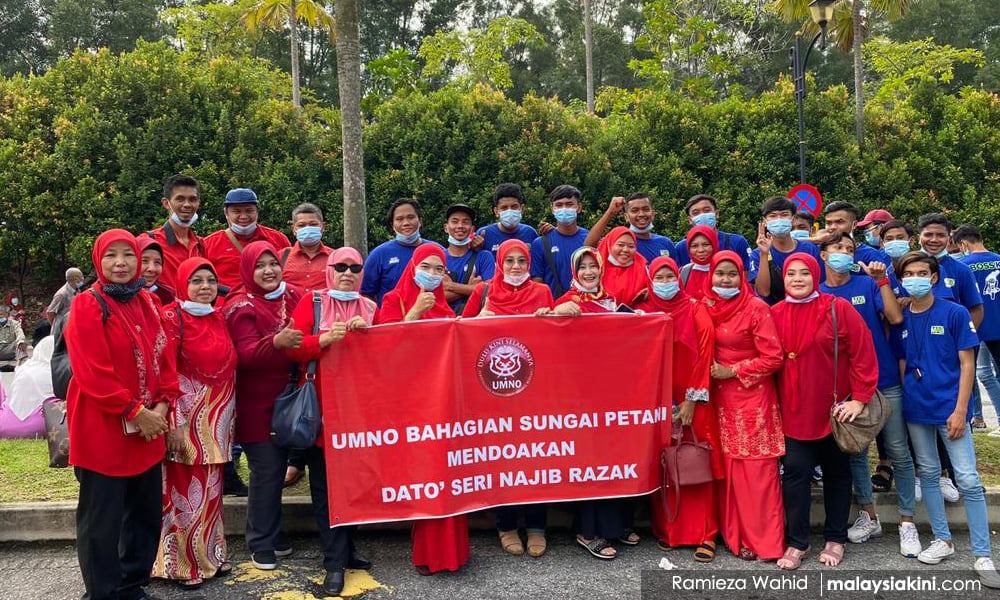 As crowd numbers increased, police had to stand guard outside the court to ensure order. While at least the police officers stood at a distance from one another, the supporters didn’t seem to be observing any safe distancing rules. A photo that Najib’s daughter Nooryana Najwa Najib posted on Instagram showed the magnitude of the crowds, but also underscored the lack of social distancing. 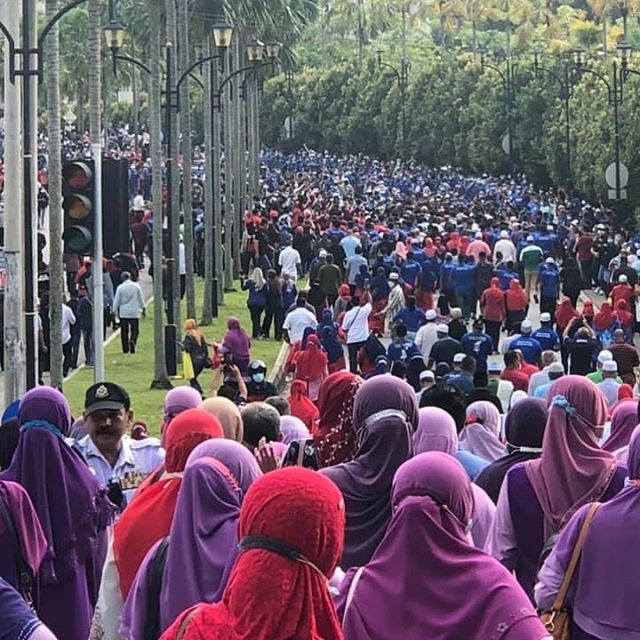 Choosing to look on the bright side, Ms Najib thanked supporters for showing up in their hundreds, saying it means the world.

She also highlighted how the support means her father is a leader, saying,

A boss has a title. A leader has the people.

Some netizens however, were concerned over the lack of safe distancing seen.

They also suggested that a cluster could form because of this.

Others said that fines should be meted out, and questioned why the police weren’t dispersing the crowds

Another noticed that many were not wearing masks, or had their masks pulled down over their chin. 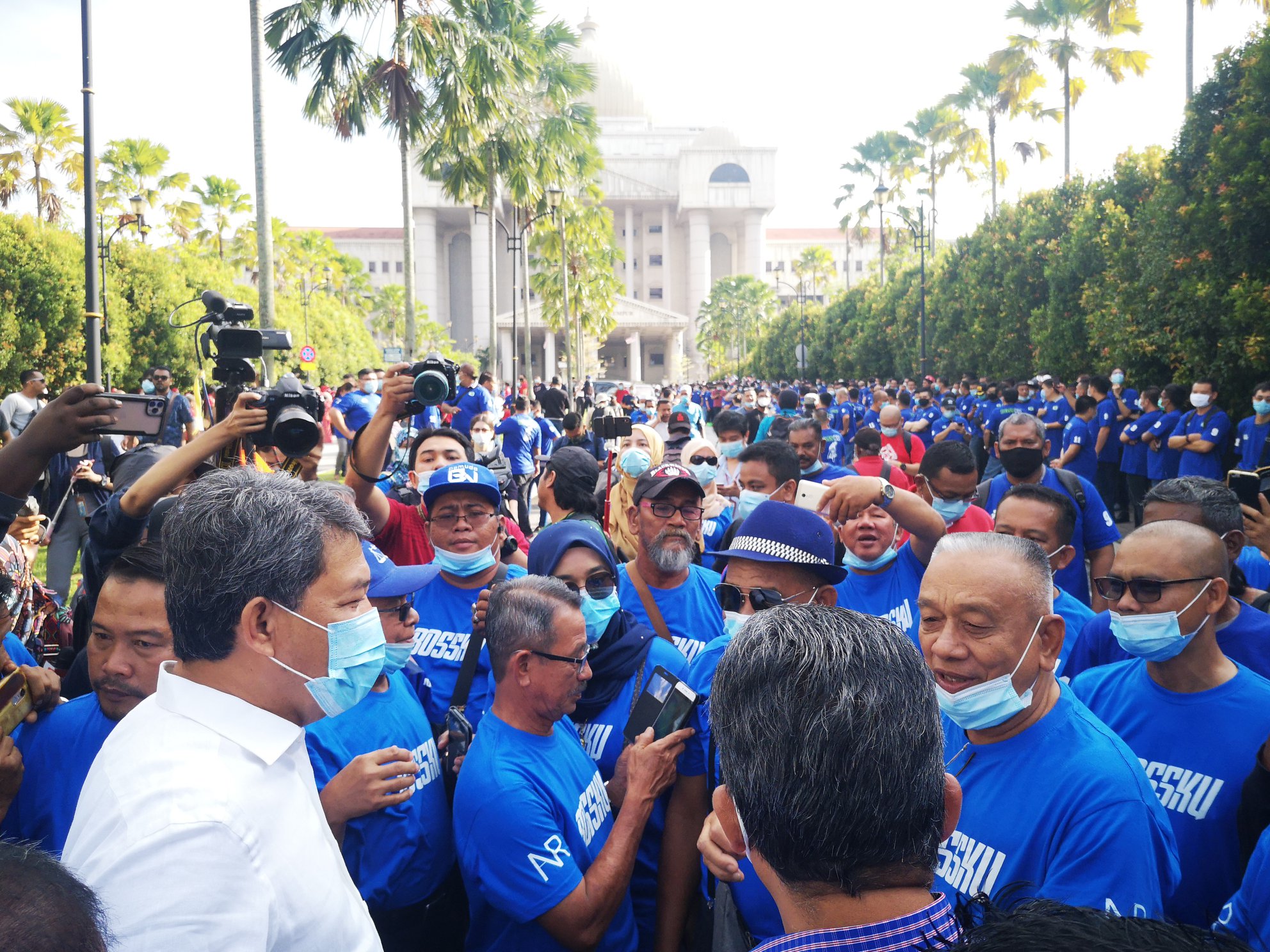 Gathering to show support may not be a good idea now

While we do realise that being a former prime minister, Najib has many supporters who will support him through thick and thin.

Hundreds gathering in support may be a touching sight before Covid-19, but it’s a worrying sight now.

His fate is in the hands of the courts now, and adding to the crowds in front of the court may just lead to a bad fate for those who ignore safe distancing rules.

We sincerely hope that the number of Covid-19 infections in the country don’t rise because of this and subsequent court hearings.