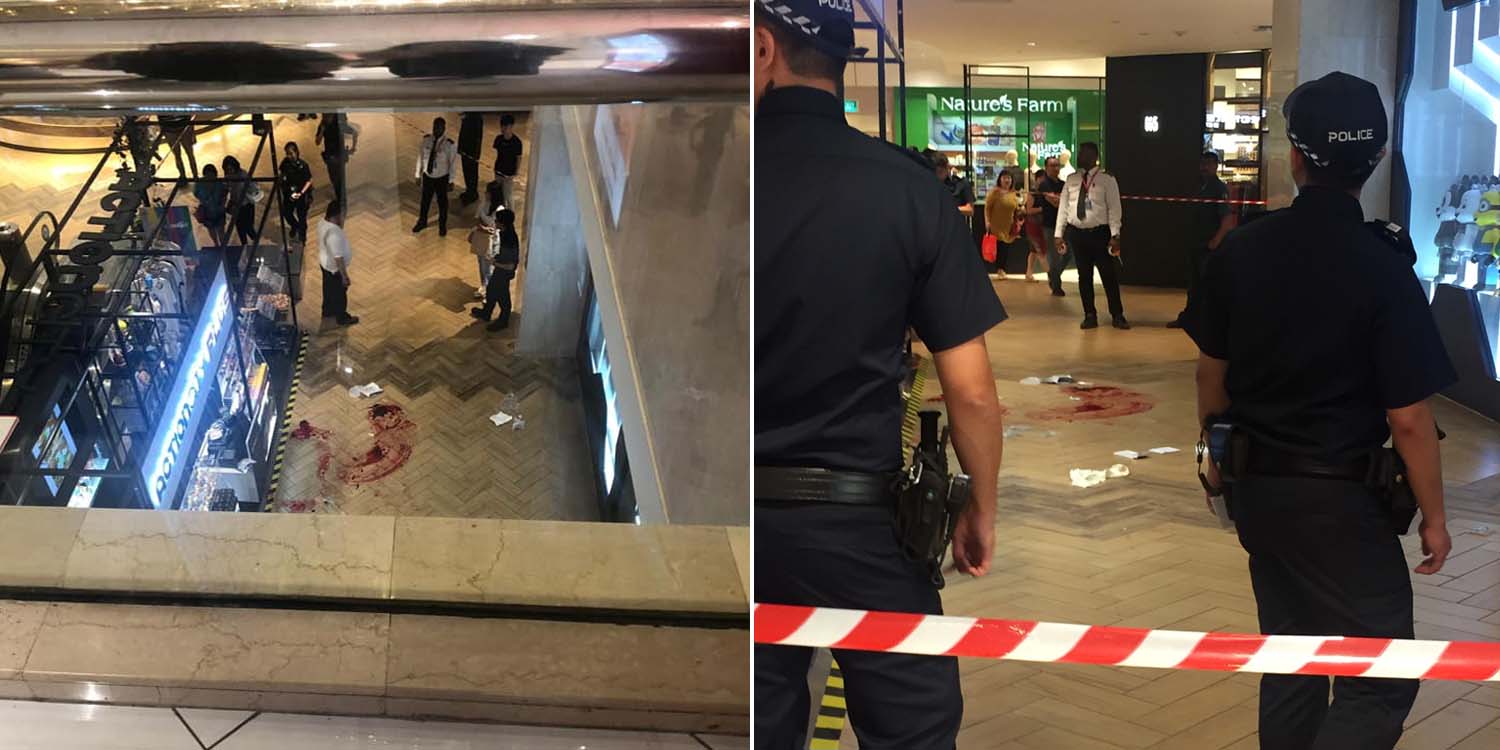 Singapore Police Force (SPF) rushed to Ngee Ann City mall at roughly 2.06pm today (14 July) after receiving a call about a man who had allegedly fallen down several floors.

The victim was taken to Tan Tock Seng Hospital, but later succumbed to his injuries, according to a report by CNA.

Pool of blood outside B2 Action City

Eyewitnesses claimed that they saw “a pool of blood” outside Action City located on Basement 2 of the mall.

Upon arriving at the scene, police found a 35-year-old man lying motionless on the ground.

It’s unknown where he had fallen from, though a report by Lianhe Zaobao stated that he fell from the third storey.

A member of the public who was at the mall said he felt “nauseous” after hearing the man “scream(ed) to his death, literally”.

Police have cordoned off the area and are currently investigating the unnatural death.

This is breaking news and investigations are ongoing. Do check back for further updates.

3 S’porean Students ‘Stuck’ In Wuhan Due To Lockdown, Plans To Come Home For CNY Halted