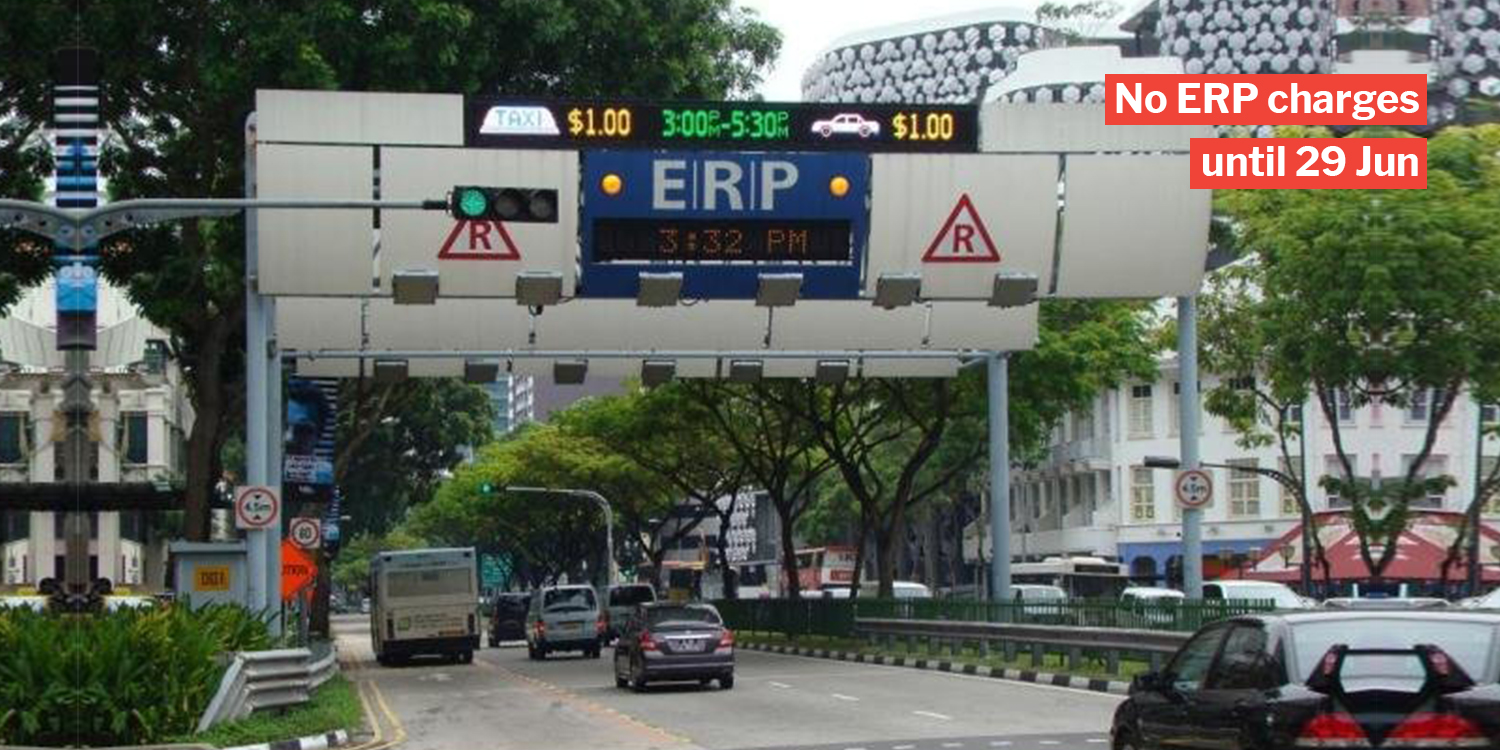 Transport Minister Khaw Boon Wan announced on Sunday (31 May) that there won’t be any Electronic Road Pricing (ERP) charges even after Singapore emerges from the ‘Circuit Breaker’ on 2 Jun.

At least for now. ERP gantries have been suspended since the ‘Circuit Breaker’ started. The reason for the continued closure is because the Land Transport Authority (LTA) will need to look at how busy road traffic will be after 2 Jun.

Traffic conditions will not be the same as pre-Circuit Breaker after 2 Jun, as most employees are still encouraged to work from home.

Hence, LTA needs some time to determine new rates. As such, there will be no ERP charges during this time.

On the 4th week of Jun, LTA will finish reviewing road traffic conditions, and on 29 Jun, the new rates will take effect.

With less people commuting to and from work than before, ERP charges will change based on how busy roads are.

After all, the ERP was implemented to reduce traffic jams during peak hours in the mornings and evenings.

It’s possible that motorist behaviour may change due to this, leading to a situation different from normal.

Hopefully, LTA has prepared for this possibility and will adjust the ERP rates fairly by 29 Jun.