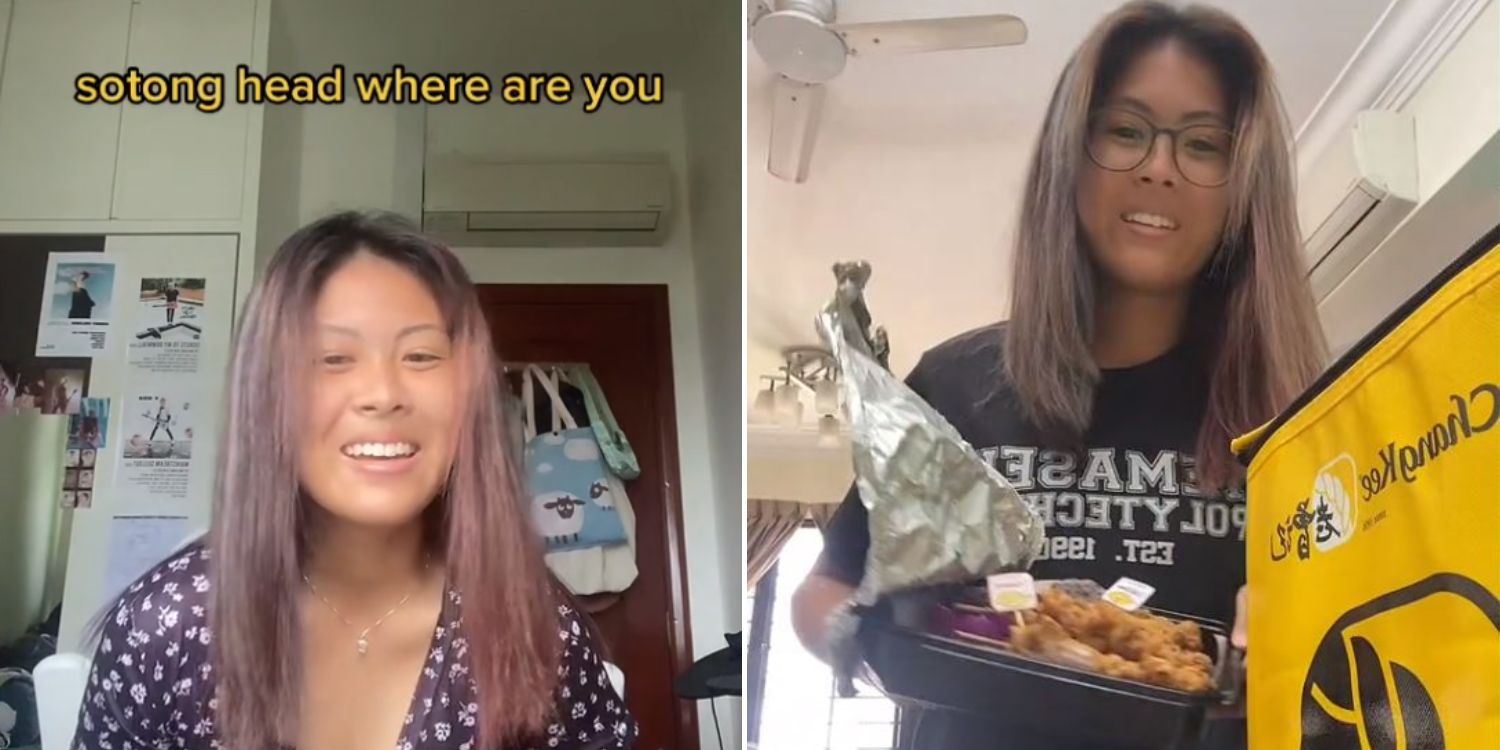 Maybe we should sing a song about plane tickets next.

Serenading someone you love is romantic, but have you ever heard of someone serenading food?

A TikToker in Singapore did just that recently when she was at her wit’s end about getting more of her favourite sotong head treat from Old Chang Kee (OCK).

Perhaps frustrated, she wrote her feelings into a song, which the company eventually noticed.

They reached out with a generous offer, putting a satisfying end to her sotong head shortage woes.

On 9 Sep, TikTok user Emmarae shared a clip of herself holding a packet of what appears to be a stick of sotong head from OCK.

Seemingly happy, she, however, began to lament the lack of the treat at most outlets she visits.

Addressing OCK in particular, the clip then cuts to a scene of her with a ukulele, ready to perform an original song.

With much conviction, Emmarae sang about a craving she often gets:

It’s two in the afternoon. All I’m craving now is some of that good Old Chang Kee food.

Unfortunately, whenever she arrives at a store, she claimed to always find the exact snack she wants no longer there.

While there are other options like curry puffs, chicken wings, and fillets, she said that none of them could compare to the one thing she wants — sotong head. 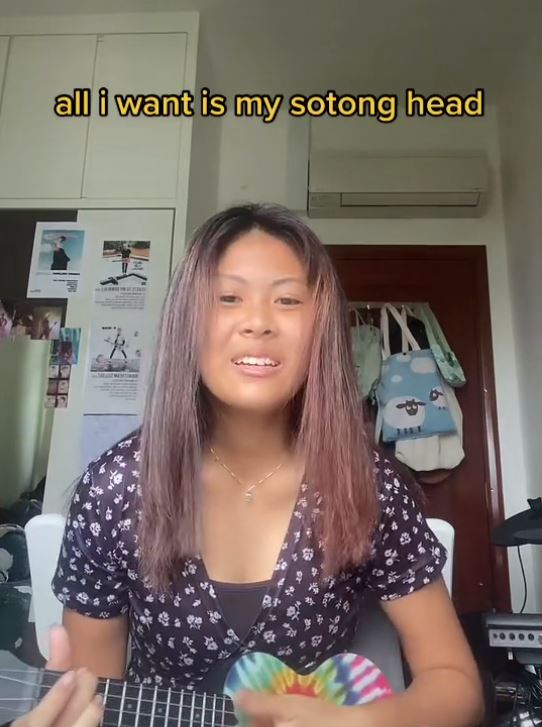 She ended the video forlornly asking “sotong head where are you”.

As if answering her question, OCK reached out to Emmarae not long after with a generous offer.

Sharing screenshots of the conversation in a separate post, the teen couldn’t conceal her excitement about receiving a box of Sotong Head OnStik for free. 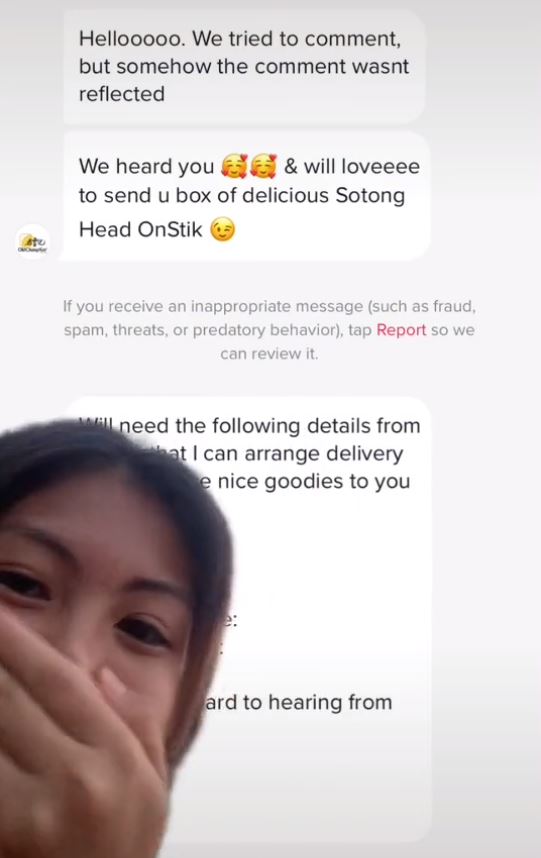 Sure enough, she uploaded another TikTok video just today (10 Sep) of her unboxing the packages.

In a note sent with the package, Emmarae read that OCK liked her song.

More importantly, she received a box of the titular sotong head, which left her squealing with happiness. 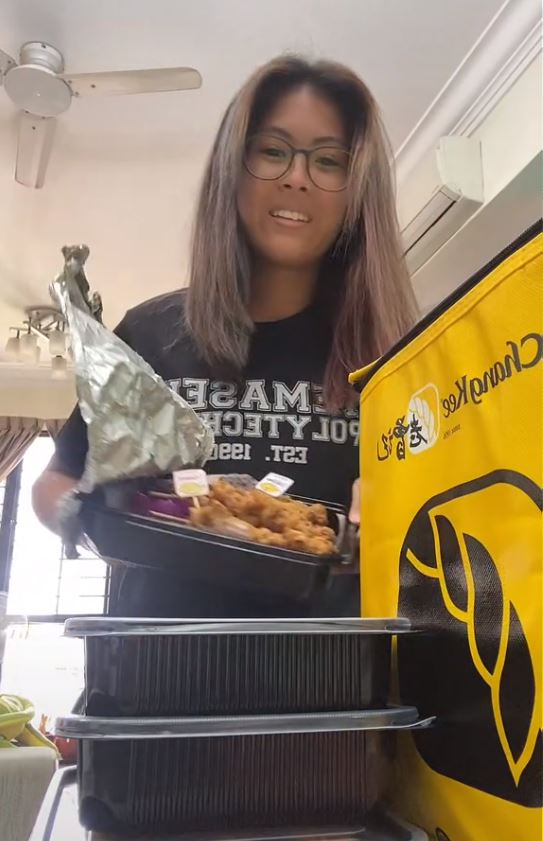 OCK also sent her some other treats including their famous curry puffs, which she promised to devour.

Try your luck & be creative

If a simple yet catchy song on TikTok is enough to get Emmarae free food, who knows what else we can possibly get if we expanded our creativity?

Maybe we could get free plane tickets if we complained about a flight delay in a humorous rap.

But of course, some wishes may be too lofty. Regardless, kudos go to OCK for fulfilling a fan’s wishes and putting a smile not only on her face, but on all her viewers’ faces too.

Featured image adapted from @emmuhraeee on TikTok and TikTok.