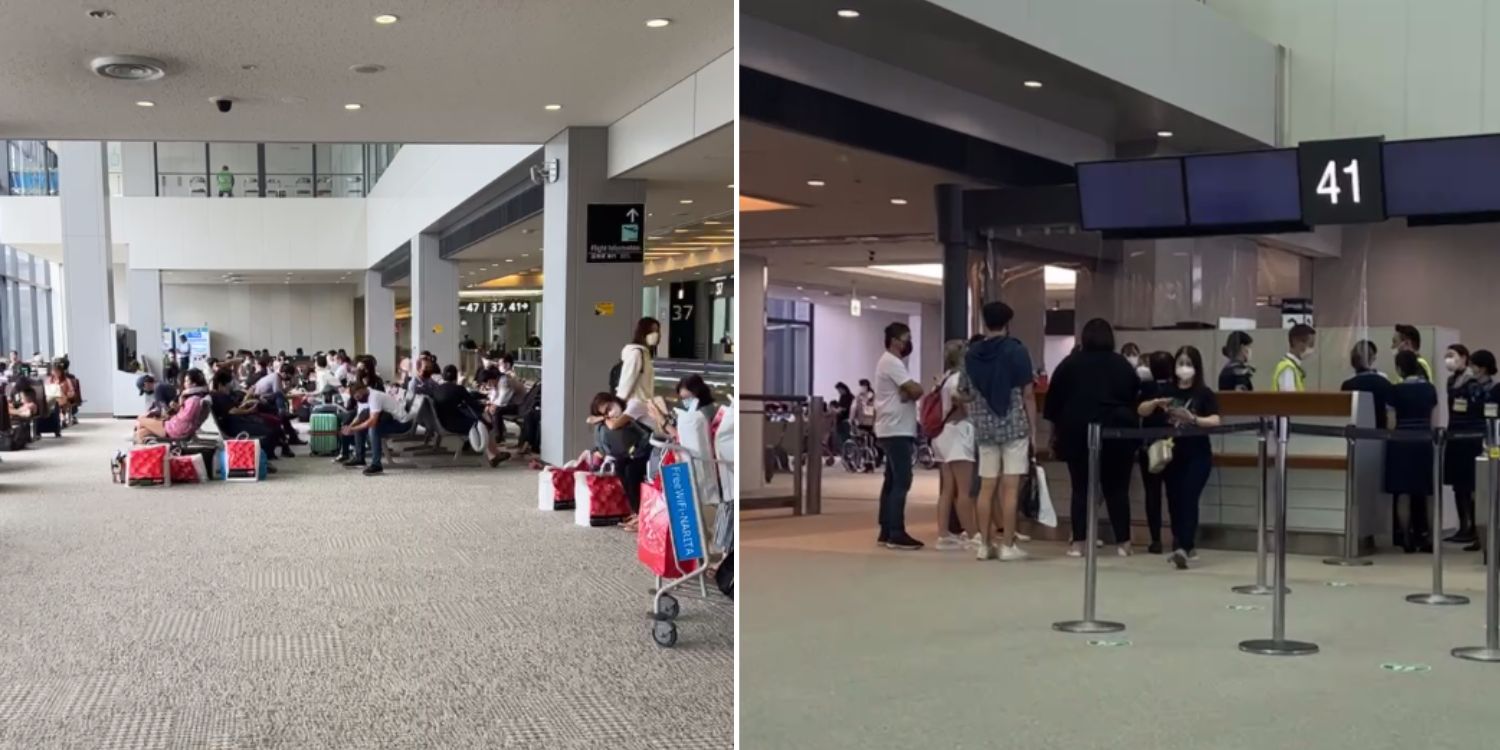 They were eventually placed on a Singapore Airlines flight home.

No matter how fun travelling may be, unforeseen problems like flight delays will always leave a bitter taste in the mouth.

That was, unfortunately, the case for a tour group comprising 55 travellers who were returning to Singapore after an eight-day trip to Japan.

Originally scheduled to depart Tokyo at about 10am on Thursday (8 Sep), they only managed to depart some nine hours later at about 7pm. 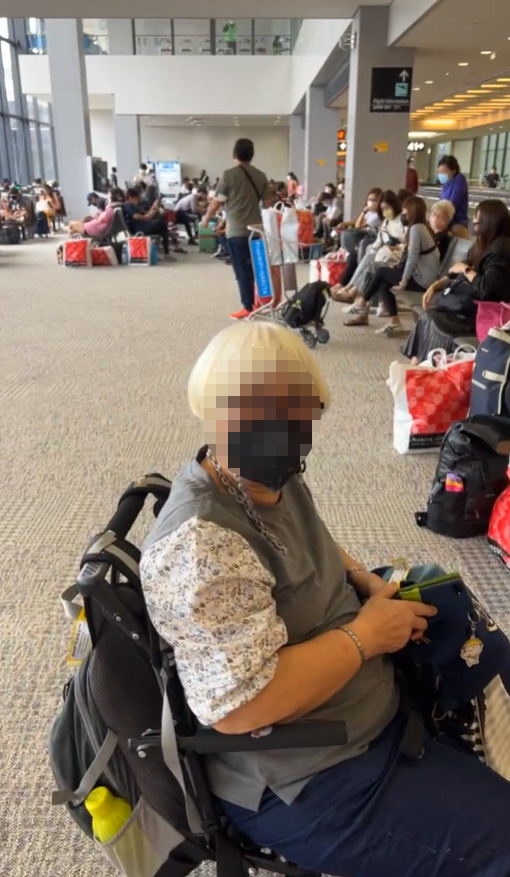 What perhaps made the wait worse was the fact that no food was provided as the travellers spent hours waiting for their flight home.

According to Shin Min Daily News, a group of 55 travellers had flown to Japan last Thursday (1 Sep) for an eight-day, seven-night trip.

The group mainly comprised seniors and children as well as influencer Jayner Teh.

Since their flight home was due to depart at 10am on Thursday (8 Sep), the group woke up at 5am and headed to Narita International Airport in Tokyo after having breakfast.

However, their efforts to be there early proved to be in vain.

Minutes before boarding, the travellers found out that there was a delay to their Scoot flight for an uncertain amount of time.

Though someone from the airline allegedly informed them that luggage and meals were being loaded on the plane, they kept facing further delays to their departure time. 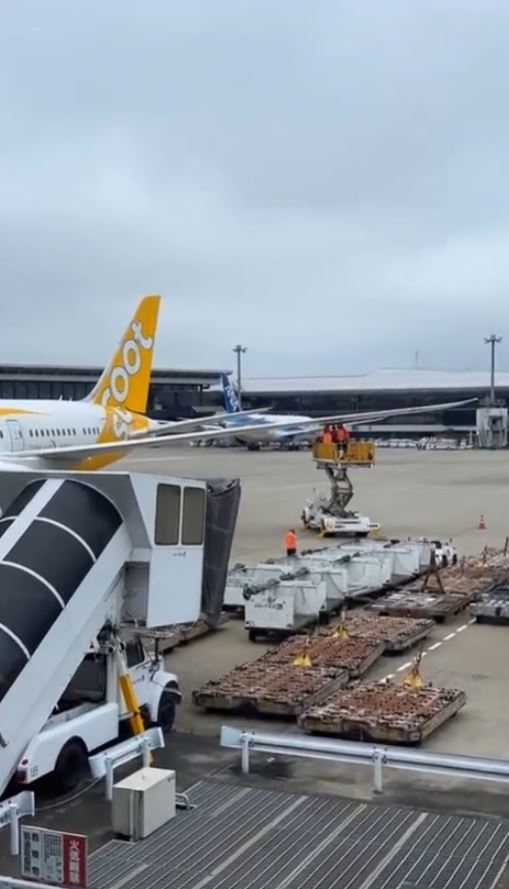 As time passed in the waiting room, some members of the group started getting hungry.

However, they claimed that airport staff told them not to move around, as their turn could come at any time.

At about 2pm, four hours after the initial departure time, the travellers finally received some meal coupons, apparently valid for only an hour.

Unfortunately, they found that many stores at the airport were no longer open. Those that were open allegedly did not accept the vouchers.

After waiting for six hours, relief came when the group learnt that they had been placed on a Singapore Airlines (SIA) flight back.

However, that plane would only fly off at about 7pm — nine hours after their initial departure time. 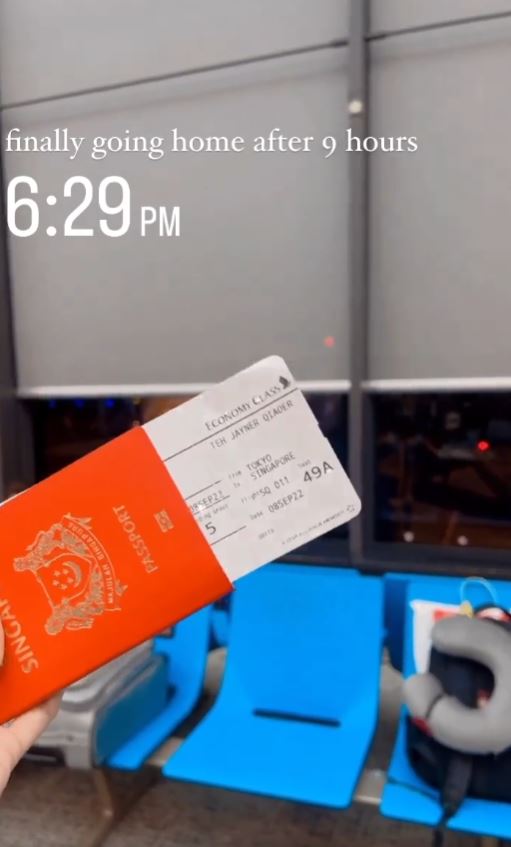 The group apparently reached Singapore at about 2am on Friday (9 Sep).

Speaking to MS News, Jayner Teh shared that they received no compensation from the airline and that they could only claim from their insurance companies.

In response to MS News’ queries, a Scoot spokesperson said that they had detected a “technical fault” on the initial flight.

As they would have to airlift the spare parts for repair to Tokyo, they could not “recover” the initial flight in time.

In light of the incident, Scoot acknowledges the inconveniences the disruption had caused and apologises to the passengers. The airline additionally maintains that its crew’s and customers’ safety continues to be its top priority.

Scoot will continue communicating with customers to provide any assistance they may require.