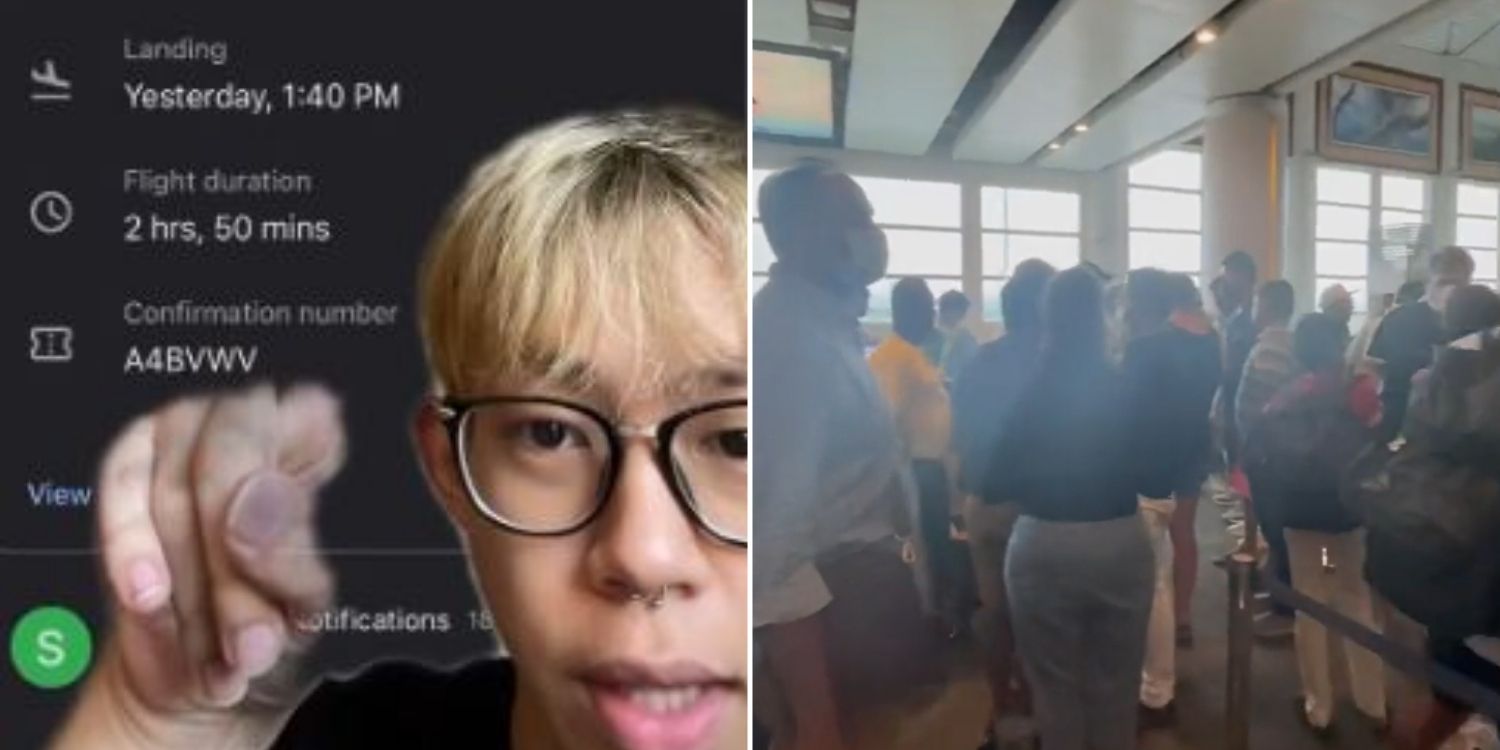 The passengers had to scoot off from the airport.

Imagine arriving at the departure hall, ready to return home after a tiring vacation, only to discover that your flight has been delayed – and for unexplained reasons.

On 19 May, a Singaporean TikToker shared his “worst flight experience ever” with Scoot.

Claiming that his flight was delayed multiple times before it ultimately got cancelled at the last minute, he questioned the airline’s management.

Unfortunately, the cancellation led to 280 passengers being forced out of the departure hall.

Similarly, MS News readers have also shared similar experiences about problems faced when flying with Scoot, such as delayed flights and abrupt cancellations without compensation.

TikToker @pale.nerves recounted his “airport horror story” with Scoot in a video uploaded on 19 May.

He explained that he had booked a Scoot flight to return to Singapore from Bali.

In a confirmation slip sent by the airline, the flight was confirmed to take off on 18 May at 10.50am and land in Singapore two hours and 50 minutes later, at around 1.40pm. 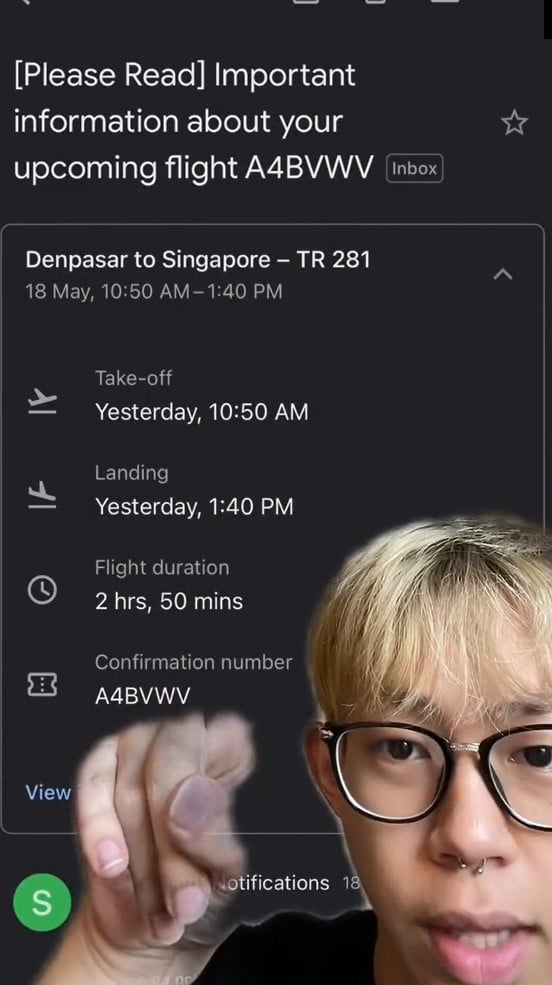 Together with his friends, they left their Airbnb early to reach the airport on time.

Unfortunately, the flight was delayed for an hour to 11.50am. They later returned to the waiting room but discovered that the flight was once again postponed to 1.30pm.

Kai stressed that there was no “prior explanation and no warning at all”, adding that they only found out through “an updated screen”.

By then, many passengers felt annoyed by the unnotified delays. A video uploaded by Kai showed crowds forming near the departure gates with audible yells. 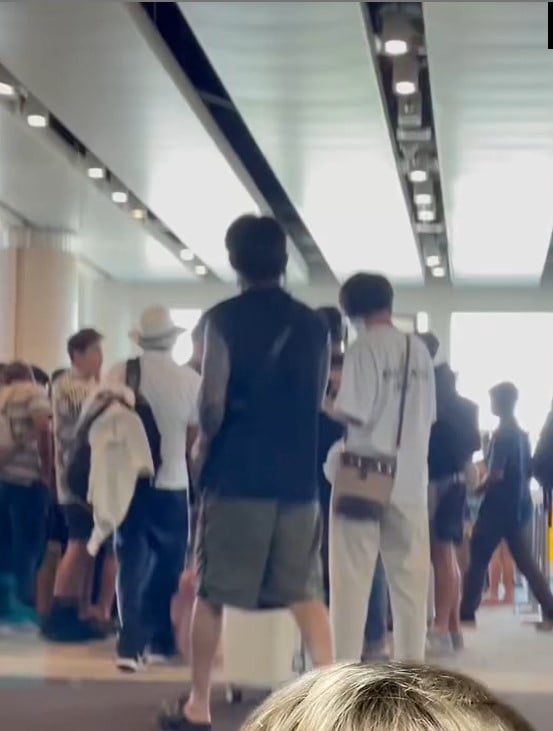 Flight eventually pushed to 12pm the next day

However, the subsequent delay was a significant one. Scoot apparently postponed the flight from 1.30pm to 7.30pm — a difference of six hours. Again, they announced the change via “the screen” without any official notification.

Kai allegedly heard one of the flight assistants telling some passengers to “settle (the delay) yourself, reschedule it yourself” and advised them to call their help as they could not offer support.

The staff also allegedly told them to “sleep in the airport” when asked if accommodations would be provided because of the delay.

At 5.45pm, without prior warnings, Kai noticed that the screen showed the flight departure time to be 12pm the next day, instead of the supposedly 7.30pm departure time.

He decided to approach the counter, only to find that many passengers like him were also crowding around, feeling confused.

Noting that it was the fourth time Scoot had delayed their flights without any warnings or explanations, he questioned why the airline did not issue an official statement. 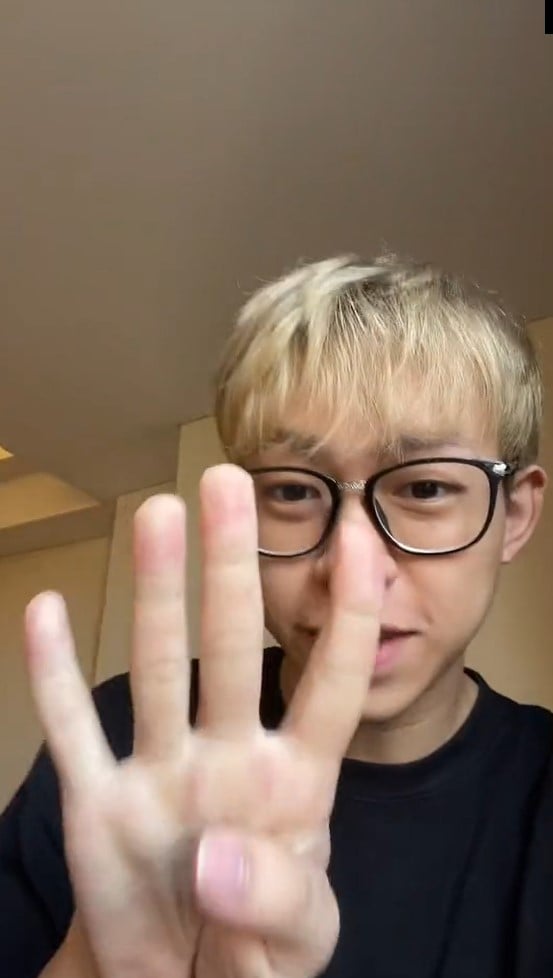 In the end, the passengers were told that the flight had been confirmed to fly at 12pm the next day.

According to Kai, the passengers also had difficulty navigating the area while retrieving their baggage as the management was said to have provided unclear directions.

Passengers’ flight gets rescheduled without notice

It turns out that Kai and his fellow passengers were not the only Scoot customers affected by flight delays and reschedulings.

MS News reader Ms Wong shared that she had booked a flight for two to Gold Coast, Australia, in February. The flight was scheduled to be on 8 Apr.

However, the night before departure, Ms Wong found that their flight had been cancelled.

Scoot had allegedly rebooked them on a flight on 10 Apr instead without informing them.

With most of their travel accommodations and activities already pre-paid for the stipulated dates, this disruption threw their plans into disarray.

Eventually, they decided to cancel the Scoot flight and look for alternatives. But due to the last-minute bookings, flights were much more expensive.

They spent an additional S$487 to take a flight with two layovers instead of the direct Scoot flight initially booked.

The pair also had to change their final destination from Gold Coast to Brisbane.

Although they purchased insurance with AXA under Scoot, they were informed that they could not make claims as this was not a ‘trip cancellation’.

Following the incident, they informed Scoot to keep their return flight. Unfortunately, this was not the end of their nightmare with Scoot.

Flight back to Singapore mysteriously rescheduled

During their trip on 10 Apr, Ms Wong received an email from Scoot informing her that their flight on 19 Apr would be cancelled as they had not turned up for their departure flight. 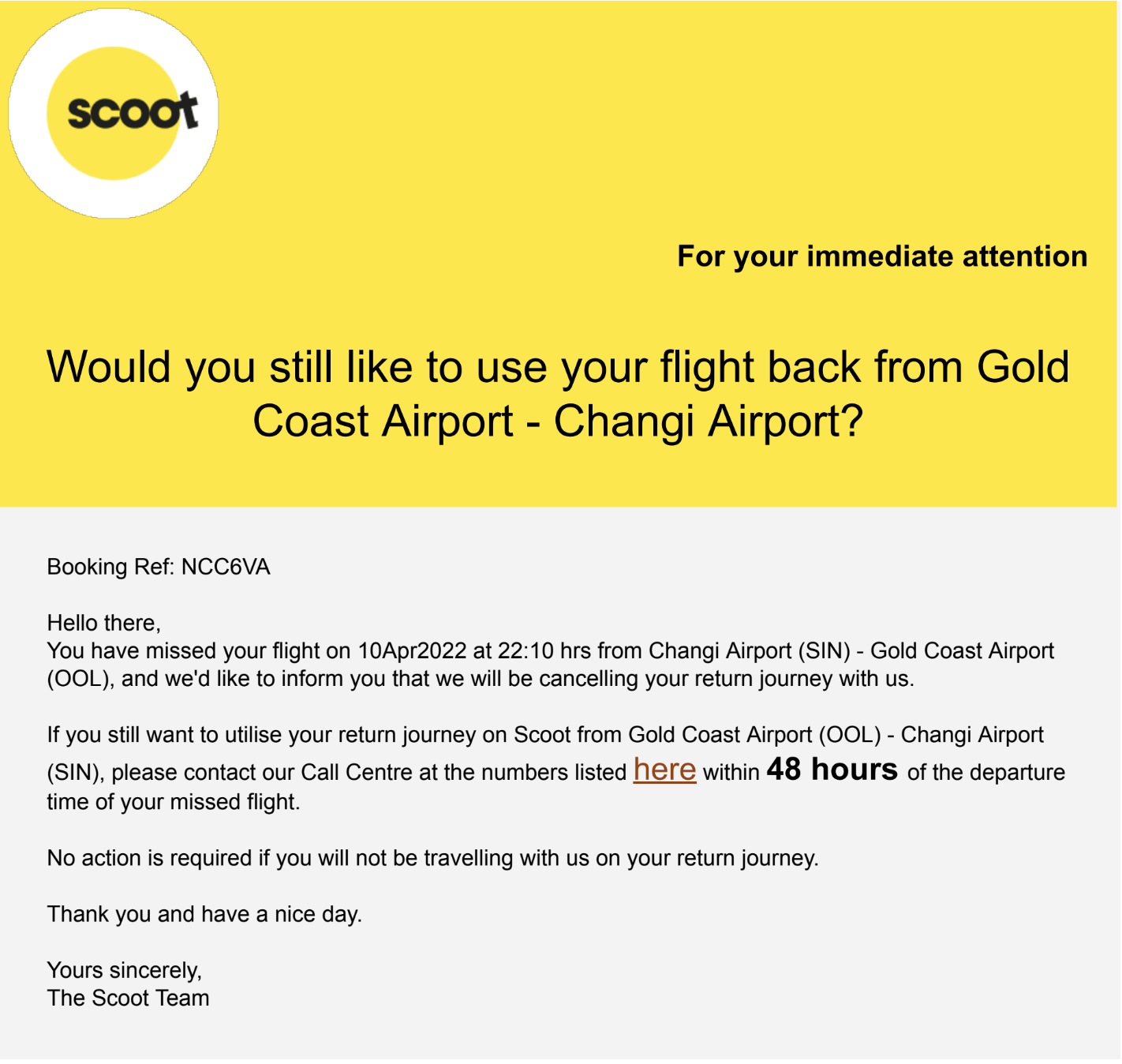 Thankfully, they later managed to get the flight reinstated.

Ms Wong noted that when they checked with Scoot about the initial flight rescheduling, staff admitted that they did not inform passengers.

It was labelled as a “communication error” in a written email. No explanation was provided on why the flight had been rescheduled. 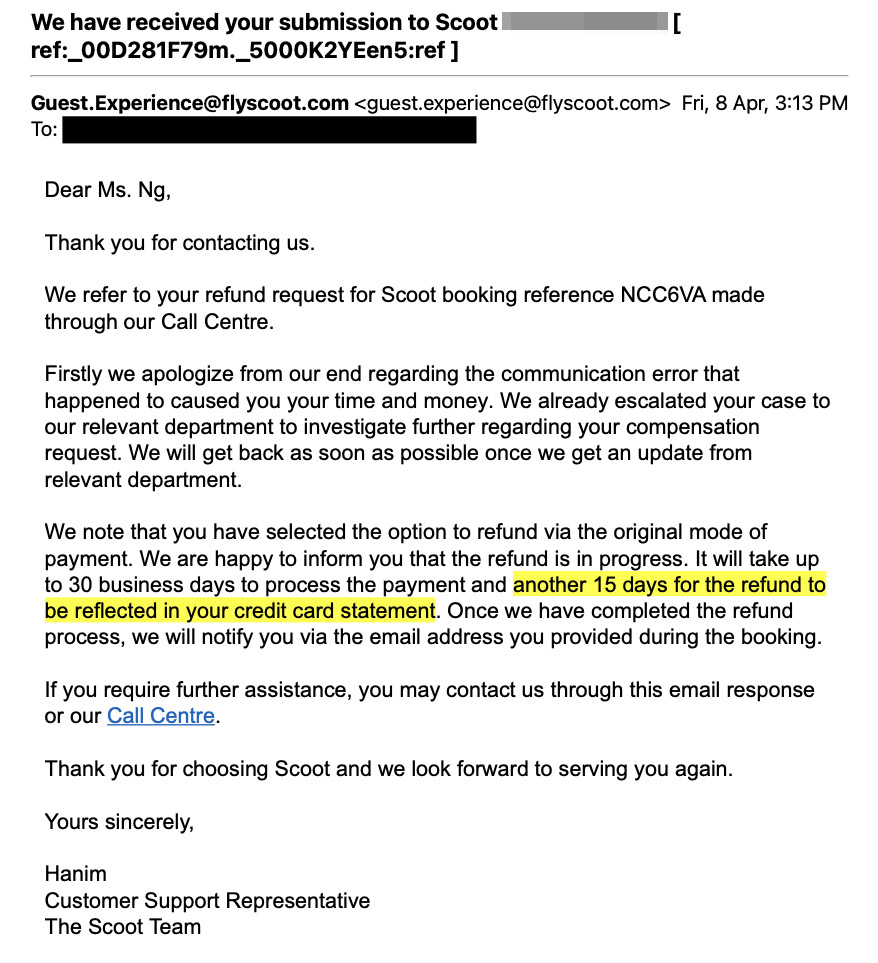 Ms Wong said Scoot had apologised for the inconvenience and refunded the cancelled flight. However, the airline did not offer compensation as Ms Wong requested for:

She also hoped that passengers affected by sudden flight changes & cancellations would be compensated fairly.

In response to MS News’ queries, Scoot explained that in Kai’s case, the Scoot flight TR281 was cancelled as the aircraft “could not be recovered” in time.

The airline said that affected customers were provided with necessary assistance, including hotel accommodation and meals.

They were also given the option of taking the next available Scoot flight or getting a refund.

Scoot sincerely apologised for the disruptions the cancelled flight caused and reiterated that the safety of their customers remains their priority.

MS News has reached out to Scoot regarding Ms Wong’s predicament as well.

Hope passengers’ feedback can be taken into consideration

With multiple flight delays, cancellations, and lack of communication, it is understandable that Scoot passengers would be frustrated.

But after everyone had taken such a long hiatus from travelling, air travel is still gradually recovering, and airlines are likely playing catch up to cope with rising demand.

Hopefully, Scoot will improve its communication with customers and give better assurance of its services in time to come.