MP Zhulkarnain was on hand to distribute free breakfast treats for his residents.

The rainy weather recently has certainly made it challenging for many Singaporeans to get out of bed early.

However, this Choa Chu Kang resident’s awakening from his slumber was made worthwhile after he found an Old Chang Kee (OCK) truck parked below his block.

Despite the wet weather, the truck pulled up with a Choa Chu Kang GRC MP in attendance, offering complimentary breakfast to residents to start their day on the right note. 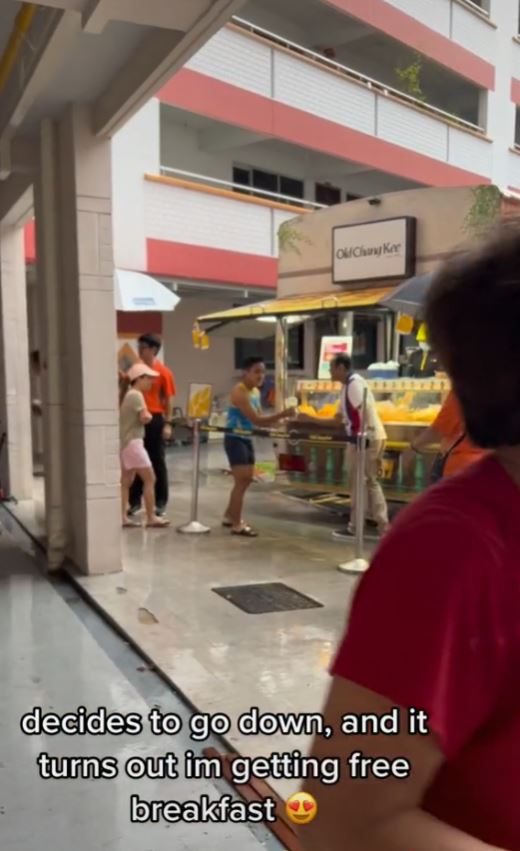 The resident walked away from the truck gleefully, thanking his MP for the fried treats.

On Sunday (18 Sep) morning, TikTok user @jayrzzz.cyril uploaded a short video about his wonderful start of the day with OCK.

what a wonderful start, we love free food 😍 @oldchangkeesingapore Thank you MP

According to the OP, he was woken up by his sister and initially thought it was an emergency of sorts.

After coming to his senses, OP peered outside his window and saw an Old Change Kee truck parked below.

He then decided to head down to check things out but soon found himself queuing up for a free breakfast.

When it came to his turn in the queue, he received two bags of fried treats from his MP.

The OP then wheeled away gleefully with a caption that reads, ” thank you MP Zhulkarnain”.

The MP also did not forget his duties as he waved to residents cheering from their homes during the rainy morning. 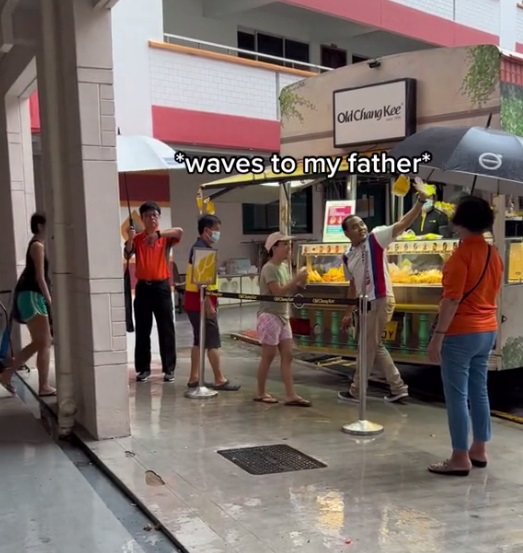 The OP later revealed that he got a curry puff, chicken nuggets, and hotdogs from the OCK truck.

The random act of kindness seemed to draw the jealousy of netizens who wished their MPs did the same.

A resident, presumably from Tampines, even tried their luck by tagging and begging Tampines GRC MP Baey Yam Keng to do the same.

Another netizen shared similar views with the OP’s sister, saying that having an OCK truck parked in the neighbourhood indeed warrants an emergency wake-up call.

When asked if residents could only redeem the treats once, OP joked that if they came down in different clothes, he couldn’ve gone for a second round.

No better way to wake up on a rainy Sunday morning

There can’t be many better ways to wake up on a rainy Sunday morning than receiving a free breakfast from your local MP.

After all, the weather is doing everything it can to claw us back into bed.

Hopefully, this isn’t a one-off initiative and these trucks can roll up in other parts of Singapore too.